The century old quest to create motorized skates for the masses

Dockless scooters have been all over the news lately as the next big thing, but revamping personal mobility is hardly a new idea. Just ask Mike Dreschler. We sure would like to. We just have to hear about his crazy motorized skates and the photo of him filling up at a Connecticut Sunoco station in 1961.

Mike looked pretty cool cruising around in a suit, tie, and shades—briefcase in hand. Alas, no matter how much we searched, we couldn’t find anything more than the basic information provided in the caption that accompanied the 57-year-old photo. In an odd twist, the caption has a decidedly British (or perhaps Canadian) accent, based on the spelling of two words—motorised (with an s) and refuelled (double L)—and how the date is the written (with the day listed before the month). In addition, the term “petrol station” isn’t commonly used in the U.S., now or in the 1960s.

Read the caption for yourself:

11th May 1961: Salesman Mike Dreschler has his motorised roller skates refuelled at a petrol station near Hartford, Connecticut. He has a single horsepower air-cooled engine strapped to his back and holds a clutch, accelerator and engine cut-off switch in his hand.

Regardless of where the photo was published, the description of Dreschler’s mode of transportation sounds a lot like the self-propelled skates that were produced by the Motorized Roller Skate Company of Detroit, beginning in 1956. Retailing for $250—that’s an astounding $2300 in today’s economy—the skates could reach speeds of up to 17 mph. That isn’t very fast when you’re driving a car or riding a motorcycle, but it is hair-on-fire flying when you consider that the slightest bump or smallest rock could send you sprawling. And then there’s this: the engine strapped to your back weighed 19 pounds (with one quart of gasoline) and the skates didn’t have brakes. Perhaps the combination of high price and high-speed danger explains why they never caught on.

Not that people haven’t been trying. For years.

A story published in the April 1906 issue of Scientific American reported the invention of “motor skates” by Frenchman M. Constantini, “a well-known inventor of carbureters (sic) and other devices for automobiles.” The story—retold by The Old Motor several years ago—claimed that Constantini’s invention was “the first time that a gasoline motor has been applied to a roller skate.” The first of many, as it turned out.

This guy created his own version of motorized skates in what looks to be Great Britain in the 1940s or ’50s, even though the video is titled 1962. In addition to installing a small seat for a passenger, the inventor also did away with hand controls. As the narrator explains, “The engine is entirely leg controlled, in theory. Clutch, brake, and throttle are all worked by leaning forwards or backwards. It sounds easy, but so far Tom the inventor is the only one who has managed to stay on.” It practically sells itself, doesn’t it?

We also found an image from the defunct U.S. Scooter Museum website—published in an unknown magazine in July 1952—depicting a woman trying out motorized skates produced by Germany’s NSU Motorcycles. The skates, controlled by a hand throttle connected to a 24cc two-stroke engine, could reportedly reach 16 mph. In other words, they were almost as fast as those from the Motorized Roller Skate Company and equally as dangerous.

The quest to create safe and efficient motorized footwear continues. Among the latest to give it a try is Acton, creator of RocketSkates. The company’s R5 motorized skates—which retail for $299 but are currently on sale for $99—are powered by two brushless DC motors. They have a top speed of 7 mph, a range of up to 5 miles, and can be controlled by remote or smartphone app. Hmmm, after reading the product description several times, it doesn’t seem to mention anything about brakes. Apparently time stands still, even if the skates don’t.

Hey, Mike Dreschler would have given them a try. 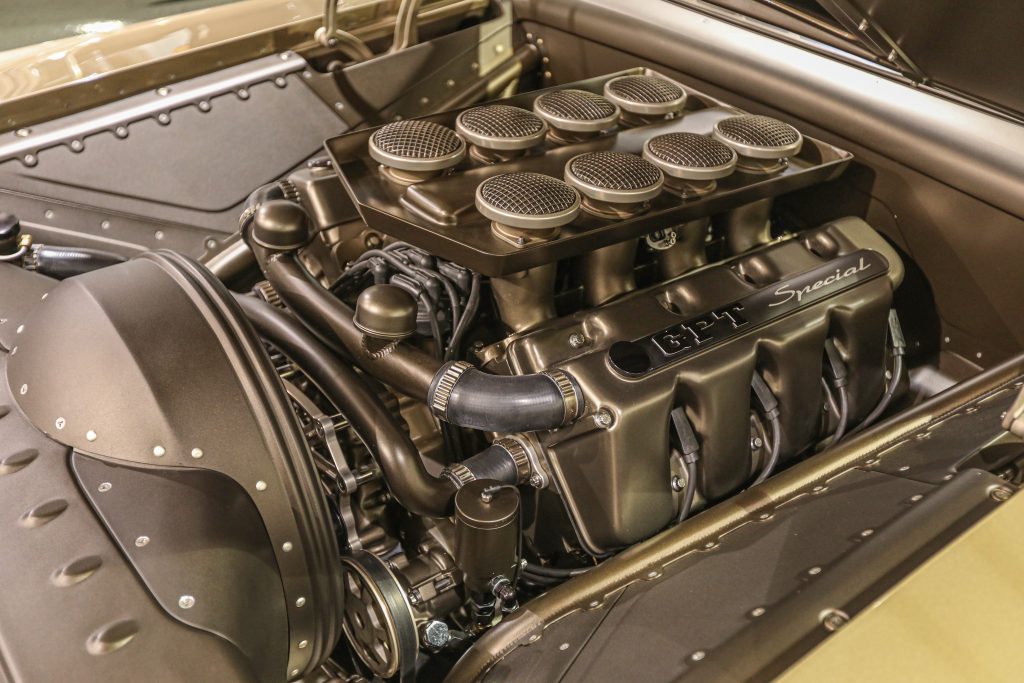