For the most part, we take our cross-country highways for granted. Sometimes, we even seem to despise them. However, for over fifty years the interstate highway network commissioned by President Dwight D. Eisenhower has supported the United States’ incredible growth from coast to coast and border to border during the 20th century.

While the plan’s primary goal was to ease congestion and bypass rough roads for the general public, the national highway system also granted the U.S. significant military security. Prior to 1956, America had no efficient or reliable road network to move troops and military equipment. Though we know interstate highways in the context of vacations and road trips, the network’s military advantages played a major part in its birth.

Through darkest America with truck and tank

Before he was President Eisenhower, and prior to his tour in Europe during WWII, Lieutenant Colonel Dwight David Eisenhower spent 60 days traversing North America as part of the U.S. Army’s first-ever transcontinental convoy of troop and equipment carriers. The year was 1919 and the U.S. didn’t have a national network of highways just yet, relying instead upon projects like the Lincoln Highway, plus an array of state and local byways, to get motorists from point to point across the barely-tamed American frontier.

The Army’s continent-crossing trip took two months and cost the U.S. nine vehicles along the way. In addition, precious man-hours were spent repairing the dozens of bridges that the heavy-rolling calvacade inadvertently destroyed. The practicality of a national highway system was reinforced in Ike Eisenhower’s mind during WWII, when the Germans utilized the newly-poured autobahn to launch their infamous “Blitzkrieg” attacks; the network allowed Germans to rapidly deploy men and equipment from across the country to support the Nazi and Axis troops on the front lines, giving them a decisive military advantage.

Eisenhower assumed the presidency in 1953 in a landslide victory, but his nomination didn’t come easily. The military man wasn’t allured by such a high political position, but after his associates—and, eventually, the Republican party—persuaded Eisenhower to hit the campaign trail, he chose Richard Nixon as his vice president and smashed the Oval Office ambitions of his Democratic opponent, Adlai Stevenson II. The following year, President Eisenhower introduced his vision for our national highway system in his “Grand Plan.”

President Eisenhower’s memories of that 1919 coast-to-coast convoy were not necessarily fond, and America’s inadequate road had only become more taxed since. “After seeing the autobahn of modern Germany and knowing the asset those highways were to the Germans, I decided, as president, to put an emphasis on this kind of road building,” Eisenhower wrote concerning his Grand Plan. “The old convoy had started me thinking about good, two-lane highways, but Germany had made me see the wisdom of broader ribbons across the land.”

Revealed in 1954 by Nixon (President Ike was mourning the death of his sister-in-law that day) during the Governor’s Conference, the proposed $50-billion Grand Plan laid out the nation’s need for a modern highway system and how Eisenhower planned to generate the necessary revenue. Two years later, on June 29, 1956, Congress passed the Federal Aid Highway Act.

Knowing that the project would provoke tension between federal and state governments, Congress made funding the massive enterprise as easy as possible on the states. The 1956 act required the national government to foot 90 percent of the construction costs, leaving the states to drum up the remaining 10 percent through local road, fuel, and vehicle taxes. Some regions pushed back, however, and questioned the federal government’s invocation of eminent domain, under which the U.S. government would buy private land to make way for public works projects. For these areas, the memory of land lost to the westward expansion of the railroad was all too fresh; but in general the Federal Aid Highway Act had little opposition thanks to its affordable package for the states.

The only component that didn’t follow President Eisenhower’s script was the project’s timeline. While he clearly perceived the benefits of the interstate network, he vastly underestimated the glacial pace of road construction; his initial goal to lay 41,000 miles of highway in 10 years was entirely unrealistic. In fact, the project wouldn’t be officially completed until 2018, when New Jersey laid the last strips of pavement for I-95. That particular section was an anomaly, however; most Americans had been storming the endless white lines for the greater part of a century.

Today, a cross-country trip take a couple of days if you match your cruise control to the speed limit. Illegal transcontinental trips from New York to Los Angeles have boiled a coast-to-coast run down to a one-day ordeal. (Remember what we said about taking the system for granted? Yeah.) Though some components of the 64-year-old highway system are beginning to show their age, the interstate highway system supports millions of vehicles daily; it’s truly the circulatory system of the United States.

Thinking about a road trip? Let us know whether you’d take one of the mainline interstates or head for a two-lane relic of our motoring past, such as Route 66. 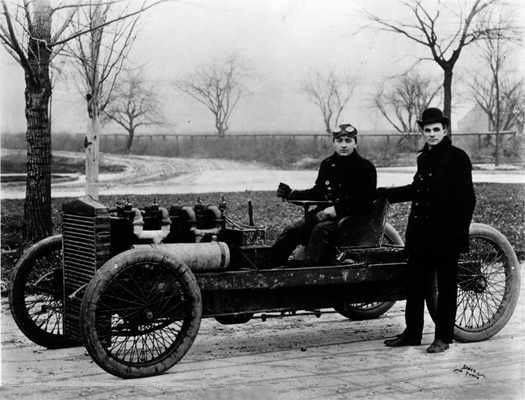