Anthony Hamilton, known to most of the world as racing driver Lewis Hamilton’s dad, has consigned 18 cars from his collection to UK-based Silverstone Auctions as part of the company’s “Classic Live Online Auction” July 31–August 1. Hamilton has good taste, if I do say so myself. There’s a group of well-restored British sports cars (particularly Triumphs), a few nice Minis, and a couple of supercars thrown in for good measure. A full list of the collection is below.

Not to be confused with the Mini-based Wolseley Hornet of the 1960s, the ’30s Hornet was a full-fledged (albeit tiny) sports car with a 45-horsepower 1271-cubic-inch overhead-cam six and chain drive. It was a popular platform for racing specials in Britain, and this one is represented as one of seven cars fitted with a body designed by Freddie March, the same English aristocrat who founded the Goodwood circuit.

Despite its Italian-sounding name, the Swallow Doretti is English from top to bottom, with Triumph TR2 mechanicals underneath a body designed by a chap named Frank Rainbow. This one is restored in lovely blue over red leather, piped in blue.

If blue isn’t your color, Hamilton also has this fully restored Swallow Doretti in maroon over oatmeal, piped in tan. Seeing two Swallow Dorettis in the same place isn’t something that happens every day, since only 276 were built. Do a little napkin match, and you’ll find Anthony Hamilton currently owns 0.7 percent of all Swallow Dorettis ever built. If that doesn’t seem like much, that’s like owning 30,800 of the 4.4 million Ford Thunderbirds built.

A C1 Corvette is always stylish, but in the U.K., early versions of America’s Sports Car border on exotic. This one received a restoration in the 1990s and has the most desirable 283-cu-in/283-hp Fuelie engine, although it isn’t represented as matching numbers.

Triumph updated the TR3 in 1957 with door handles, a lockable trunk, and a revised grille, and the unofficial name for this facelifted model became “TR3A.” This one, like so many Triumphs, was originally a left-hand-drive North American model. It came back home in the ’90s, then got a restoration and right-hand drive conversion in the 2000s.

In Austin-Healey speak, 100-6 refers to the six-cylinder roadster built from 1956–69, and BN4 refers to the 2+2 model with rear seats for (very) small children. The BN6, meanwhile, is a proper two-seater. The 100-6 is relatively affordable among the Big Healeys, and this one sold new in Alabama, of all places. It went back home and was converted to right-hand drive in 2012.

In 1958, MG took the MGA upmarket in price and performance with a “Twin Cam” version, giving the A’s engine a dual overhead cam head, four-wheel Dunlop disc brakes, and racy Dunlop centerlock steel wheels. The Twin Cam offered 108 horsepower, a big boost over the 78 in the pushrod MGA 1600, but high price and some early teething problems with the engine killed sales. These days, however, MGA Twin Cams are among the most collectible postwar MG models. This one sold new in North America then came back to the UK within the past few years for a restoration and conversion to right-hand drive.

Another case of pick your color, this TR3A was originally a California car, but it’s now right-hand drive and wears an older show-quality restoration.

Vintage Alvises offer style and sophistication nearly on the level of Rolls-Royce and Bentley, just in a smaller, slightly sportier package wearing a more obscure badge. The TD21 wears a Graber-designed, Park Ward-built body, and this one has had a 1998 body-off restoration. Coys reportedly sold it in 2007 for £31,171 ($39,724).

This 1965 Mini Traveller wears a ’90s restoration, is a De Luxe model with a heater and extra chrome, and it looks impressive. Not as impressive as the resume of its first owner, however. It was reportedly bought new by Louis Mountbatten, 1st Earl Mountbatten of Burma, uncle of Prince Philip and second cousin once removed of Queen Elizabeth II. He was also a Royal Navy commander in the Pacific during World War II and the last Viceroy of British India.

The brainchild of an Italian Triumph distributor, the Italia 2000GT wears a body by Giovanni Michelotti, who practically became Triumph’s in-house stylist during the 1960s and borrowed several features from the Italia when he designed the TR4. Just 330 of these stylish coupes left the factory.

A fully restored Australian market Mk I Cooper S with driving lights and lovely colors, this Mini probably offers more fun per dollar than any car out of this collection.

For many Triumph fans, the TR5 is the best of both worlds. It marries the extra grunt and great noises from the later TR6’s 2.5-liter straight-six with the more attractive Michelotti-penned lines of the TR4. British and European buyers (as usual) got the better end of the deal with a fuel-injected 150-hp TR5, while Americans got a slightly watered-down carbureted version called the TR250. Hamilton’s TR5 looks gorgeous, especially with the original “Surrey” hardtop and finished in Wedgewood Blue over Powder Blue. Silverstone says it “has been frequently acknowledged as the best [TR5] in the world.”

Although conceived as a basic economy car, the Mini was a style icon, and modified ones became popular among ’60s celebrities like the Beatles, Peter Sellers, and Twiggy. Two of the best-known builders of bespoke Minis were rivals Wood & Pickett and Radford, but this car is unusual in that the original owner ordered it new from Wood & Pickett, then had it sent to Radford for conversion to a full hatchback rear, then sent it back to Wood & Pickett for final assembly. The bits that set it apart from more pedestrian Minis include the full Smiths gauges, wood rim steering wheel, vinyl roof and sunroof, fender flares, and wood door trim.

The Stag wasn’t a particularly successful car for Triumph, but it looks good and this is a nice one. Since many out there are in rough shape and several have had their original Triumph V-8s replaced with a Rover or other unit, a fully restored, matching numbers home-market car like this is a standout.

Only about 100 2005–06 Ford GTs were imported to Europe originally, so these red, white, and blue American supercars are a very rare sight over there. This one reportedly has just 43 miles, so even among Ford GTs (which nobody seems to actually take out and drive) it’s very carefully preserved.

Given that Lewis Hamilton’s first World Championship in 2008 was with the McLaren-Mercedes team, it makes perfect sense that an SLR McLaren would be in this collection. According to Silverstone, it has 11,000 miles from new and a recent service.

The TR8 took the unloved doorstop shape of the TR7 and gave it some serious power in the form of a Rover V-8. Although it didn’t save Triumph, it was a good sports car for the company to go out on. Pharoah Gold over tan and plaid, this TR8 has to be one of the world’s best, with a represented 124 miles from new. Given the crazy prices paid for other like-new in-the-wrapper cars in the past few years, we’re very curious to see how this TR8 does. 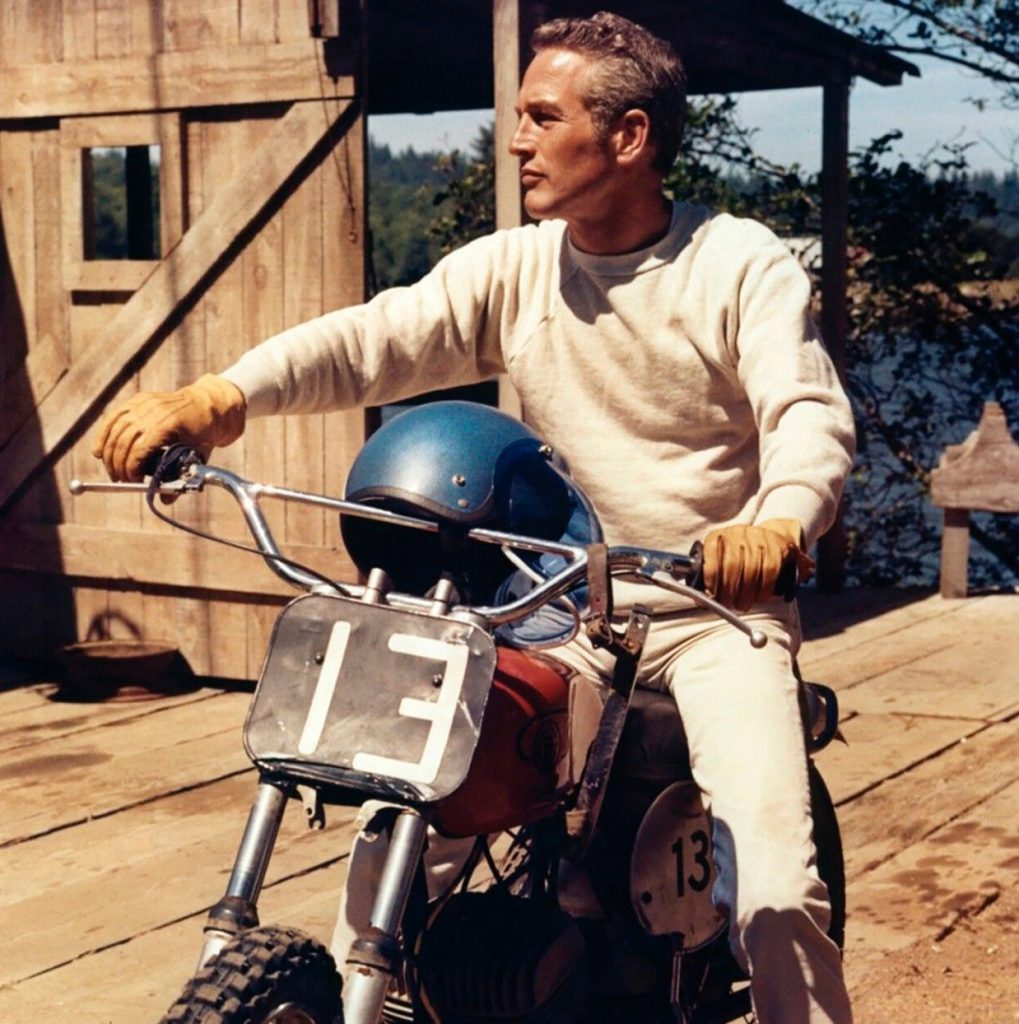 Valuation The 2011 BMW 1 Series M was an instant collectible … but has its moment come and gone?
Eric Weiner 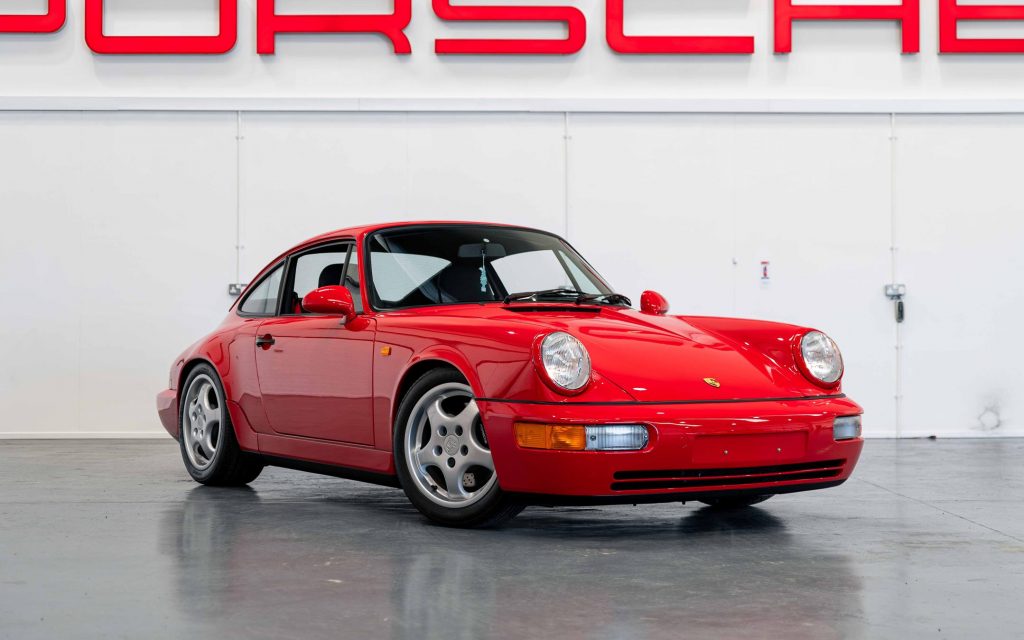 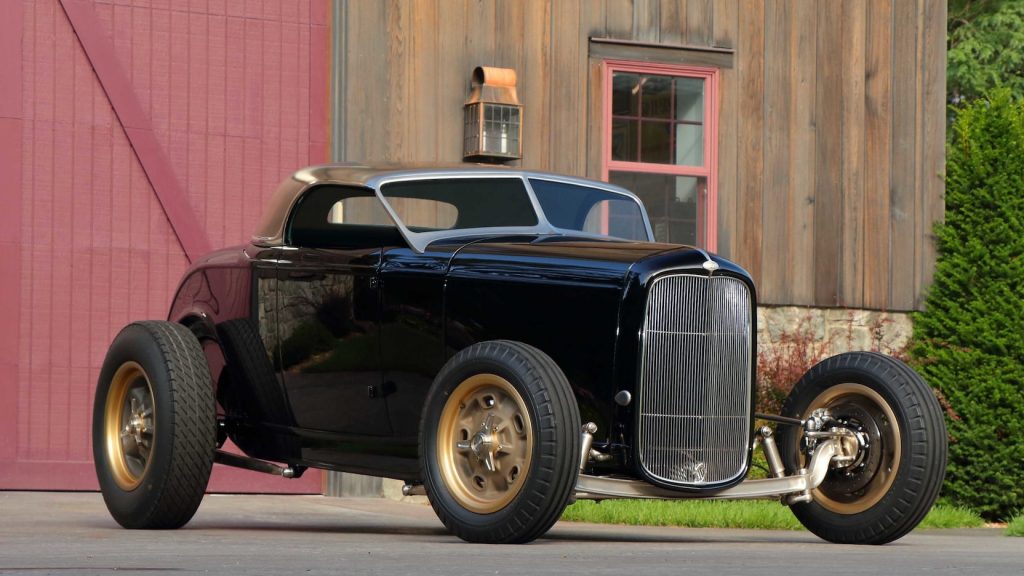 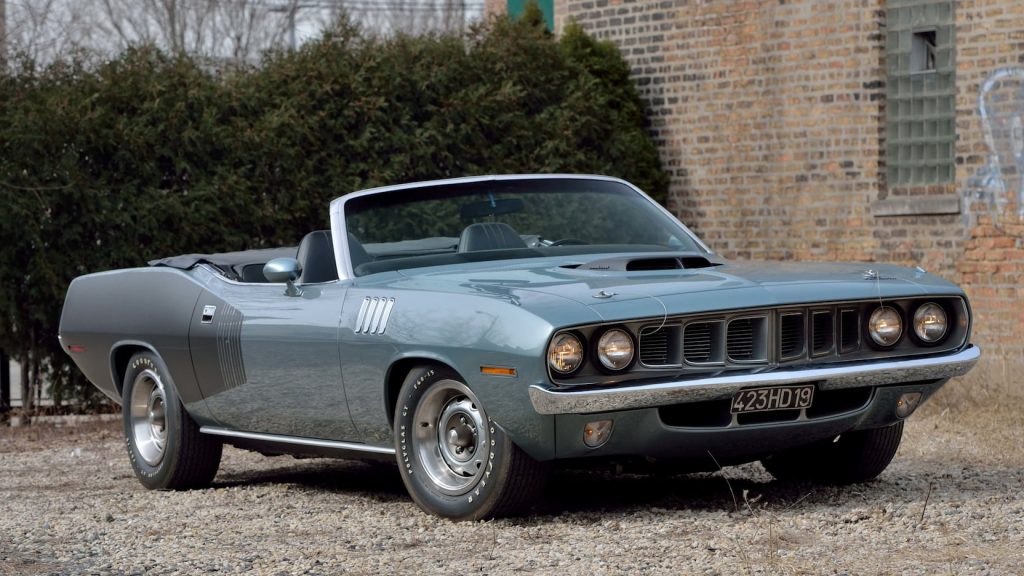