The 5 best dashboards of the muscle-car era

When it comes to American performance cars of the 1960s, we tend to focus on style and quarter-mile times. Considering that cars were made to be driven, it is somewhat curious that ergonomics took so long to catch on with designers. Is it any wonder the aftermarket was so successful with accessories like tachometers?

Yet not all performance cars were designed with sweeping needle speedometers and poorly placed tachometers. All it took was one quick glance and vital statistics were easily registered without having to take your eyes off the road.

Chevrolet’s redesigned Corvette was special for several reasons: Split-window style, four-wheel independent suspension, and great weight distribution, among other things. The 1963 Corvette also had “new conveniences [that] blend Sunday-driving ease with sports car function,” thanks to its functional instrument grouping: speedometer, tachometer, ammeter, oil pressure, and fuel and temperature gauges were grouped in a “single smart-looking cluster,” all within easy eyeshot. There were few changes through 1967, and for good reason—it followed a standard that was appropriate for a sports car and set one that should have been emulated by Detroit but rarely was.

The Avanti was a make-or-break model for Studebaker, which at the time was America’s oldest automotive manufacturer. With fiberglass construction and exotic, Euro-inspired style, this 2+2 from South Bend, Indiana, was unique in so many ways. The interior kept the unique which included “aircraft throttle-like controls” and functional instrumentation that included 160-mph speedometer, tachometer, ammeter, oil pressure, water temperature, manifold pressure, gas gauge, and clock. All this was illuminated by red backlighting that seems to have picked up in popularity in recent years.

The 1966 Charger’s “four easy-to-read hooded circles” (150-mph speedometer, 6000-rpm tachometer, alternator, water temperature, oil pressure, and fuel) stood in contrast to the regular Coronet dashboard, which was a generic horizontal needle design with an optional tach only available on the console for the Coronet 500 trim level. While the Charger’s chrome bezels could be prone to glare, the dials themselves were large, legible, and illuminated by nifty electroluminescent lighting. Chrysler had previously used electroluminescence in 1960–62 which, at night, provided a gray-green glow with the added effect of depth as if it was rendered in 3D—something that is mimicked by today’s electronic dashboards.

Only the base Cougar was available when Mercury’s pony car was introduced in the fall of 1966. The Cougar received a boost of European style with the XR-7 model, an upscale trim level introduced in the middle of the model year. Included in the XR-7’s standard features were “supple, glove-soft leathers” combined with vinyl for both front and rear seats, toggle switches, overhead console with dual map lights and warning lights, and map pockets and door assist straps, plus several other features. But it was the simulated walnut instrument panel, complete with “competition-type” gauges consisting of oil pressure, temperature, ammeter, tachometer, and fuel gauge, that gave the XR-7 its characteristic flavor. Add the GT package or, for 1968, the GT-E package, and you’d have yourself an American-style gran turismo.

For 1967, buyers had the option to accent the GTO’s wood-grained dashboard with an all-new hood tachometer. When combined with the Rally cluster, the driver could grasp all major vitals while keeping tabs of the engine’s heartbeat without removing his/her eyes from the road. Now imagine that with a “cockpit-style instrument panel that almost lays every gauge, control, and switch in your lap.” That would look like the 1969–70 Grand Prix, a driver’s car with an instrument panel that curved around the driver (shades of the Studebaker Avanti). Sure, the hood tach mechanism didn’t take too kindly to hood-slamming, and the lighting has been described as done by overworked fireflies, but this was Pontiac at the top of its game, especially when equipped with the 428 HO and four-speed.

Car Design The most popular Porsche colors, according to you
John Wiley

Hagerty Insider 4 cars that were the last of their kind, and whose prices command a premium
Andrew Newton 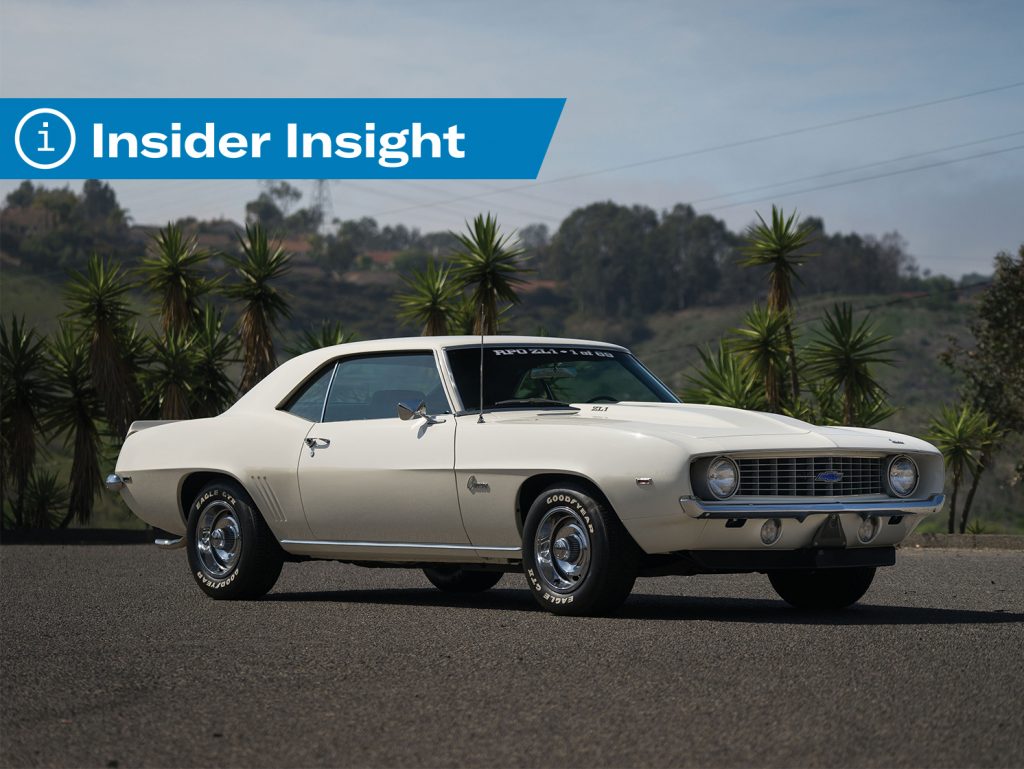