Coming to America: Czech hot-rodders find their place in the sun

At 7:00 a.m. on a Saturday, in an industrial Southern California suburb a stone’s throw from Disneyland, the guttural rumble of a straight-eight thundered ever closer. Stanley Chavik arrived with the squeal of cross-ply tires, climbed out of his replica 1933 Buick Shafer 8 looking like a Viking headed to battle, then cracked a broad, gap-toothed smile. “Oh, I remember you.” Stanley’s thick Czech accent rolled over his respectable English, which he learned only four years ago. “Come in!”

Stanley hails from the Czech Republic, where his father and grandfather were both car guys. It was a pale yellow 1940s DeSoto, its bumper heavy with metal spikes for an Italian Mad Max knockoff called I Predatori Di Atlantide, that captured his attention. Stanley got hooked on American hot rods.

The internet nourished his hot-rod daydreams. He’d browse classic images from the likes of Gene Winfield, George Barris, and modern builders like Chip Foose. After opening his own welding and fabrication shop in the Czech town of Zlín in 2003, Stanley married Daisy, who applied her business savvy and determination to the venture.

European automotive regulations choked the Chaviks when it came to how they built their cars, but a ramshackle 1939 Buick he’d acquired made Stanley’s dreams manifest when he rebuilt it into a replica of a Shafer 8, inspired by Phil Shafer’s early Indy racers.

After the car’s completion, and much contemplation, the Chaviks packed up the Shafer 8, their U.S. E-2 visa for new businesses, and what money they had. The family, now three with the birth of their son, Stanley Jr., landed in California in late 2017.

Hot-Rod Chavik USA, in sunny Orange County, isn’t large—only about 2000 square feet, with three garage doors that roll skyward to the lofted ceiling. The space owns its Eastern European orderliness. Any color comes thanks to the candy-hued cars that roll in and out.

Upon arrival to the States, Stanley had to buy the cheapest tools he could afford from Home Depot. “We don’t do credit. When we have money, we buy tools,” Daisy says. Stanley does most of his shaping with a Pullmax and his hammers. “I stopped using the English wheel. I prefer a pummeling hammer,” he explains, as if the famous British machine were too delicate.

Aluminum has always been Stanley’s medium. Daisy revealed that he used to shape metal roses for the girls at school. “I like weapons, also,” Stanley interjects, slightly puffing his barreled chest lest I think he’s just a flower guy.

On my visit, two cars sat in the shop, waiting to be animated by their maker. One is a swept speedster that Stanley is building to look as though it might have come from Buick around 1949. The second is an almost-done restomod of a 1963 Toyota FJ43, the entire body, badly mauled by rust, recently fabricated by Stanley. “A Toyota guy comes in to look and he thought it was from factory,” says Stanley. “This is why I’m here.” He says it as if it is a spiritual calling.

Hot-Rod Chavik’s operations are a 50/50 endeavor. Daisy is the feet on the ground, Stanley the head in the clouds. “I’m the professional,” Daisy explains. “I’m not so into cars as Stanley, but if it’s not right, I know. I get the right colors. I make it look perfect.”

“I always say black,” Stanley confesses, and he stays in his lane. Daisy knows her audience, the Southern California hot-rodding scene, full of Skittles-colored flair and flamboyance. “I do advertising, marketing, promotion, Google; we have no life but cars,” Daisy says, showing off a calendar with the grayed-out weekends full of car-related activities.

Their endgame is simple: Get green cards, then become U.S. citizens. In a political climate that would have some think America no longer fulfills its promises, the Chaviks disagree. “Here, opportunity is for everyone. We get to choose how we do our cars,” Daisy says.

Stanley’s heart lies with land speed racers. “When I go to El Mirage to watch the cars, I’m always crying. It’s the same feeling for me as church.” They’re building Daisy a 1932 Ford roadster. Like other Chavik creations, it will look original but be built like a racer, with an Ardun overhead-valve flathead, a rollcage, and a fire system. “But not a trailer queen,” Daisy says. “You can drive it.”

“Can turn it upside down, it will be perfect,” Stanley adds. It will also make an eyelash-curling 400 horsepower. Among the awards for showing the Shafer 8, which take the top shelf of a merch case in the shop’s office, sits Daisy’s favorite: a first-place trophy in the Vintage Race Car category from the 2020 Sacramento Autorama. “It made us legitimate. I cried,” says Daisy. All of their trophies, in fact, help. “They’re proof that we are serious to stay here. I don’t ever want to go back.”

“I’m a showman,” Stanley says. He loved the attention he got as we drove the Shafer 8 to breakfast, accelerating around a traffic circle twice in search of a parking spot. And people are starting to notice the show. When we arrived back at the car, there was a note on the dash from none other than Chip Foose, including his phone number, asking Stanley to give him a call. “This will please Daisy,” Stanley says, then, under his breath, “Chip Foose. OK.”

Forget Disneyland—as far as the Chaviks are concerned, a 2000-square-foot shop in Southern California is the happiest place on earth. 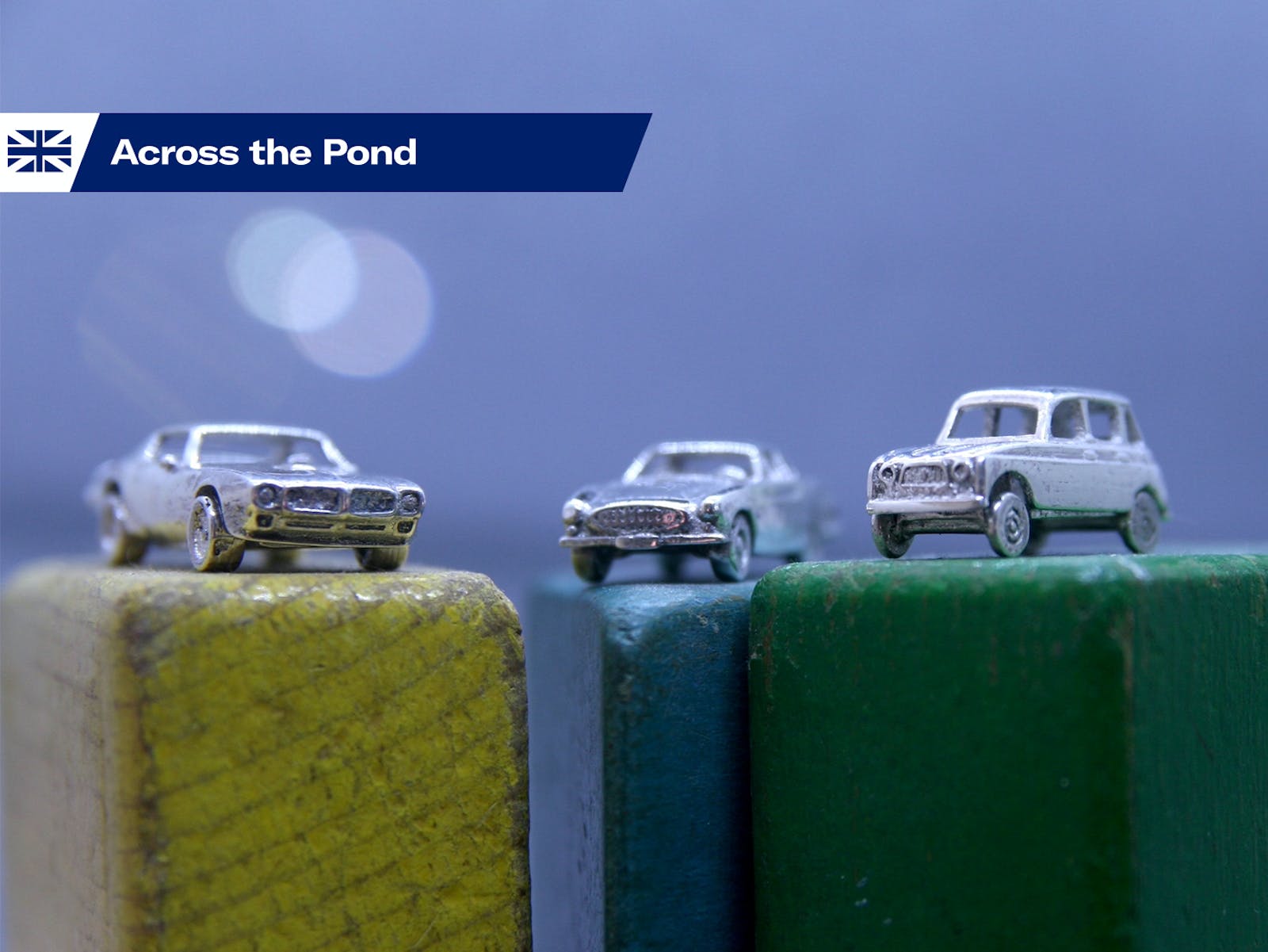 Get an insurance quote
A Story About
Leave comment
Read next Up next: In the market for a sleeper on this 4/27?