Just one look at the MX-81 and you’d think Mazda’s love affair with Italian design began in the 1970s. But you’d be mistaken, because its relationship with Bertone began in 1962, when the Italians were tasked with styling the 1965 Mazda Luce executive sedan. As with most concept cars of the ’70s, the Mazda MX-81 (a.k.a. Bertone Aria) reimagined how humans could interact with the automobile. It was born out of contemporary studies of aerodynamics, ergonomics, and the notion of integrating those expensive computer things into automobiles of the future.

The reality anticipated by the wedgy MX-81 and its conceptual brethren still feels futuristic and superior relative to our landscape of endangered coupes, belittled sedans, boring CUVs, and gargantuan pickups. Which makes the fact that Mazda’s upcoming MX-30 electric CUV spurred the MX-81’s rebirth only more ironic—but I’ll accept any reason to treat a long-forgotten concept car to a full restoration.

Now about that rebirth. After decades of slumber, Mazda yanked the MX-81 out of a warehouse in the Fuchizaki district of southern Japan, transporting it to its corporate HQ. A mechanical resurrection ensued, complete with fresh fluids, engine tune-up, fresh brakes, and some track time to ensure everything worked as per the MX-81’s stated purpose circa 1981. The cross-cultural concept was then shipped to Turin, where the restoration specialists at SuperStile performed a full exterior and interior refurbishment.

As mentioned previously, Mazda wanted to use the MX-81 to underscore the radical nature of its MX-30 electric crossover. The highlight came when, in March of 2021, the MX-81 met its spiritual successor at the same place that made it a one-hit public-relations wonder back in the 1980s: Milan’s famous Duomo di Milano cathedral. The original photo made the MX-81 something of a cult classic in corners of the Internet dedicated to fans of minimalist design and synth-pop culture.

So there it is: One masterpiece of Renaissance architecture, one high-water mark of conceptual Italian wedge styling … and one boring CUV with electric propulsion? Perhaps it’s because I played with toy cars modeled after Bertone’s masterpieces, but the MX-30’s milquetoast design suggests the wildly imaginative MX-81 actually has the cutting-edge electric bits. What’s presented in this 2021 photo op is less “Three’s Company” and more “Three’s a Crowd,” but I’m sure the MX-30 will look totally radical and forward-thinking when parked next to its contemporary CUV competition. (The same will hold true when viewed from the eyes of folks too young for my 1980’s TV sitcom analogy. No matter, back to the story.)

Legend has it that Mazda asked Bertone to make a concept car to wow attendees of auto shows for the 1981 season. The constraints laid down by the Japanese firm were significant, requiring that the current-generation Mazda Familia (Mazda GLC in America) underpin the design. The end result was a “great little car” just like its blueprint, even if this four-seat, two-door coupe looked far too similar to 1979’s Bertone/Volvo Tundra concept car. Even the MX-81’s earthen color palette was inspired by the then-two-year-old Swedish concept.

The idea-recycling continued under the minimalist Italian skin, as Mazda’s new fuel-injected, turbocharged four-cylinder motor made its debut in the MX-81, two years before release in the (JDM) Mazda Familia XGi-R Turbo. In production trim Mazda’s E5T motor churned out 114-ish horsepower, so it had the performance potential in a tiny concept car with a Cd of 0.29.

Of course, that’s assuming the MX-81’s nonsensical tiller permitted the driver to steer it at speed with precision. The Italians were known for radical notions back then, and a plastic (rubber?) belt stretched around the dashboard binnacle is certainly the stuff of auto-show excitement.

Thought-provoking steering methodology aside, the MX-81’s interior is littered with auto-show fodder that’s now the stuff of synthwave dreams: digital displays, ancillary switches and a CRT screen inside the steering wheel, Clarion(?) hi-fi tuner and cassette player, and a pair of swivel bucket seats with sci-fi styling. If the night club in Logan’s Run had a VIP room, well, you’d be looking at it.

Relative to the radical themes the MX-81 presented to the public in ’81, the concept’s modern-day restoration at SuperStile was was entirely traditional. While component removal and installation from a bespoke creation won’t progress as smoothly as a mass-produced vehicle, the basics of a glass out/full body respray are the same no matter the subject.

The same applies to the interior. While the cloth seat inserts needed only a steam cleaning, new leather was added in some places. Functional bits like the delicate window mechanisms underwent a refurb—a time-consuming task, if my time spent with Lamborghini Urraco window lifts is any indication—but the carpets looks as durable as the stuff used in Brutalist commercial buildings of the era. Who knows how much work was needed to get the dashboard wizardry back to life, or if the technicians went to that trouble.

Given what most folks read about on the Internet, I know the MX-81 doesn’t have the cachet of Harley Earl’s Y-Job or even the pop of Marcello Gandini’s Lancia Stratos Zero from the same era. Mazda’s aerodynamic wedge is a variation on a theme, and perhaps the 1979 Volvo Tundra from whence it came is more appealing because of the normal steering wheel and rational amounts of glazing. Still, the MX-81 is a show-car sweetheart, and its pop-up headlights with complementary signal lights did inspire Mazda’s designers. What you see above is likely the inspiration for the front fascia of both the Mazda RX-7 (FC) and the shockingly sleek 323 F hatchback. Recent trends may have condemned the MX-81 to obscurity, but it deserves no such fate. 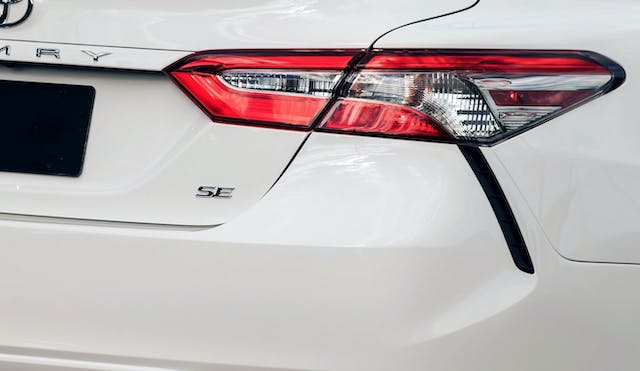 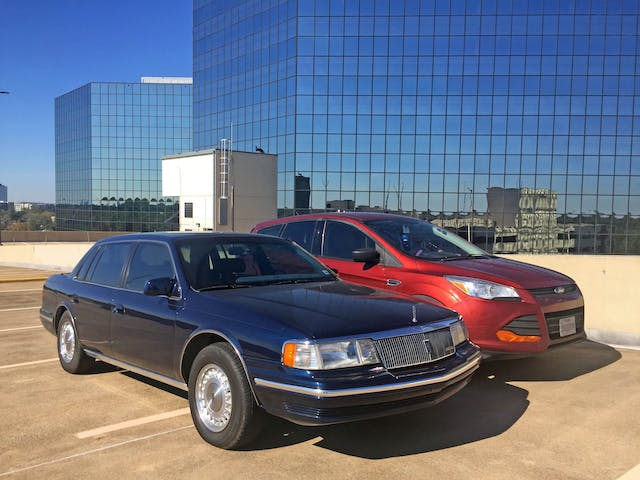 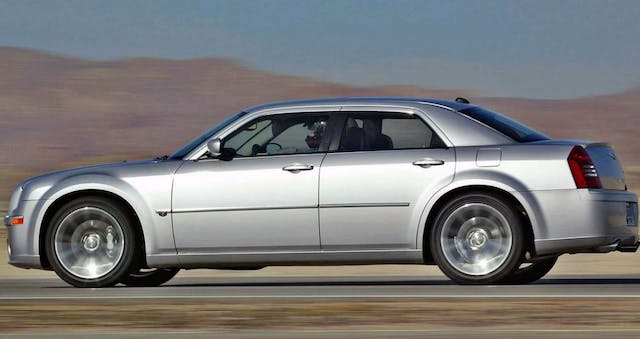 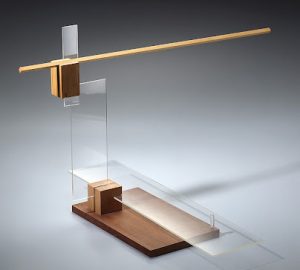 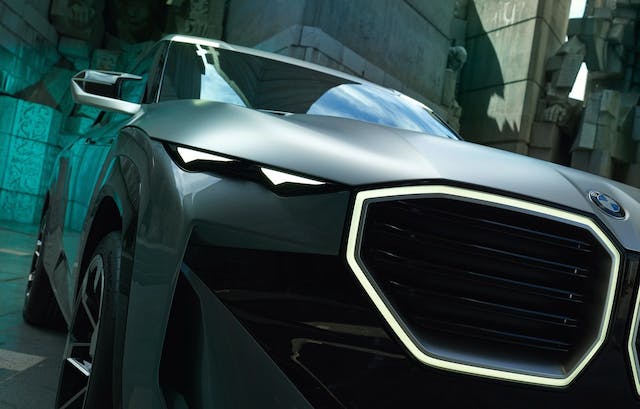