“Now I am become Death, destroyer of worlds.” It was with this line that the terrible fury of atomic energy was loosed upon the world just eleven years ago—but just as swords can be beaten into plowshares, so too can the radioactive atom be tamed into a helpmeet and servant for modern Man. And thus we come to the first peacetime application of the technology for Everyman. The Big Three couldn’t do it, apparently; their nuclear-powered cars have fizzled and popped without ever turning a wheel. It fell to a recent immigrant to make this happen, in the biggest automotive news since Preston Tucker took on the giants of industry in the previous decade.

Walter Musk, a recent immigrant from South Africa, is perhaps best-known to the American people for his “Pay-A-Pal” service, which allows you to send money via telegram to almost any bank, not just Western Union stations. Pay-A-Pal has become quite popular over the past few years, allowing Musk to pursue his own automotive dreams with the profits. It takes a strong-willed man to battle General Motors on the open field of the automotive market, and Musk is just such a fellow; in recent years the public has thrilled both to his relationships with various Hollywood starlets and the outrageous, completely free-thinking letters that he often sends to various newsletters. Then, of course, there was his recent appearance on “Face The Nation” where he claimed to have just smoked a “reefer” cigarette, scandalizing the host with references to aliens from space, the planet Mars, and Ava Gardner.

This new car, built in a small California factory by Musk’s team, is called a “Tesla” in reference to long-forgotten electrical inventor Nikola Tesla, but it actually relies on the science that is modern as tomorrow. Specifically, it uses what is called a “Radioisotope Thermoelectric Generator” to generate a staggering 100,000 watts of electric power—that’s more than one hundred and thirty net horsepower, and stronger than the recently introduced Chevrolet V-8! The “RTG” generates steam power that then turns a turbine that generates electrical power to a set of lead-acid batteries under the rear seats. A series of electro-mechanical controls determines how that power is then routed to a military-grade electric motor that drives the rear wheels.

The RTG will last up to five years—double the life of most cars!—with no refilling or refueling whatsoever. While the price of the 1957 “Tesla” is expected to be eight thousand dollars, about three times the price of a basic Chevrolet, Musk recently published a spreadsheet in the New York Times showing how the significant savings from fuel, oil, and other repairs can reduce the real-world price of the Tesla. His attempts to obtain “energy credits,” cash payments that would be made to the buyer of a new Tesla to encourage the production of alternative energy sources, was dismissed by President Eisenhower as “ridiculous, virtually tantamount to Communism in our own country. What’s next—mailing random payment checks to the indolent every time there is a Spanish Flu, or subsidizing incompetently-run banks simply because they were too greedy for profit to take due care with their customer deposits?”

The Tesla cannot be purchased at a traditional dealership; you must visit the “Stores Of Tomorrow” in California to purchase one. It is unclear as to where these vehicles can be serviced, although Musk dismissed these concerns as “something we can deal with later.” He then went on, in our interview, to expound upon the virtues of a “Dog Coin,” a new currency that can be made by people at home, using the compressed ash of their cremated pets. “The potential supply of coins is infinite,” he noted, “unlike the U.S. Dollar which is fixed to the value of gold.”

In recent weeks, Musk has attracted attention for stating that he will be sending people to the Moon in the near future, using his own variant of the feared German V-2 rocket.

While the many business enterprises of Walter Musk occasionally exceed our ability to comprehend, the Tesla automobile itself is quite a different thing, and can be operated almost like any other car. While the fit and finish is not up to the sterling standards set by General Motors for 1957, this is a real vehicle. It does not have a conventional key; rather, the owner simply carries around a harmless active plutonium ball in his pocket that radiates at a certain frequency. The vehicle senses that frequency, causing it to unlock the doors when the owner is near. A series of buttons on the console select Drive or Reverse. A “gas pedal” motivates the car by routing power between the RTG, which is always “running,” the batteries, and the motor. When the throttle is “off,” the Tesla routes its power to the ground via a gold-plated strap underneath the car. When the throttle is less than halfway, the batteries power the car at the requested strength. At the halfway mark, the RTG powers the motor directly. Going to full power gets the storage batteries involved again, in addition to the RTG.

It’s all very space-age, and there is little noise save for the gentle whirring of the turbine. The Tesla is expected to be the fastest sedan ever made, possibly covering the quarter-mile in fourteen seconds! Musk promises that there will eventually be a “Daddy-O Mode” to reduce this to a scarcely credible thirteen seconds or less. Asked how this will happen, he said that “We will mail people new control modules to put in their car, using the Sears Roebuck delivery warehouses. It should probably, totally, work.”

Sadly, our drive in the Tesla was cut short when our automotive tester, a fellow named Spaniel Felson, ran it over a curb at high speed, causing the Tesla to barrel-roll into a local school and explode. In the process of this accident, the RTG was “exposed” to atmosphere, meaning that the school in question, as well as the nine square miles surrounding the school, will not be safely habitable by human beings until the year 2375. We mourn the loss of Mr. Felson, as well as the 271 children and 38 support staff lost in the incident. Contacted by our staff regarding this catastrophe, Walter Musk indicated that “Not every new technology is completely perfected, but we have an update that should solve this; we will be mailing all existing Tesla owners a “New Safe Confinement” system to surround the RTG, better protecting it in the event of a crash, at a cost of just 1127 pounds in additional vehicle weight.” Once we have the opportunity to test a Tesla fitted with this system, we will report back. 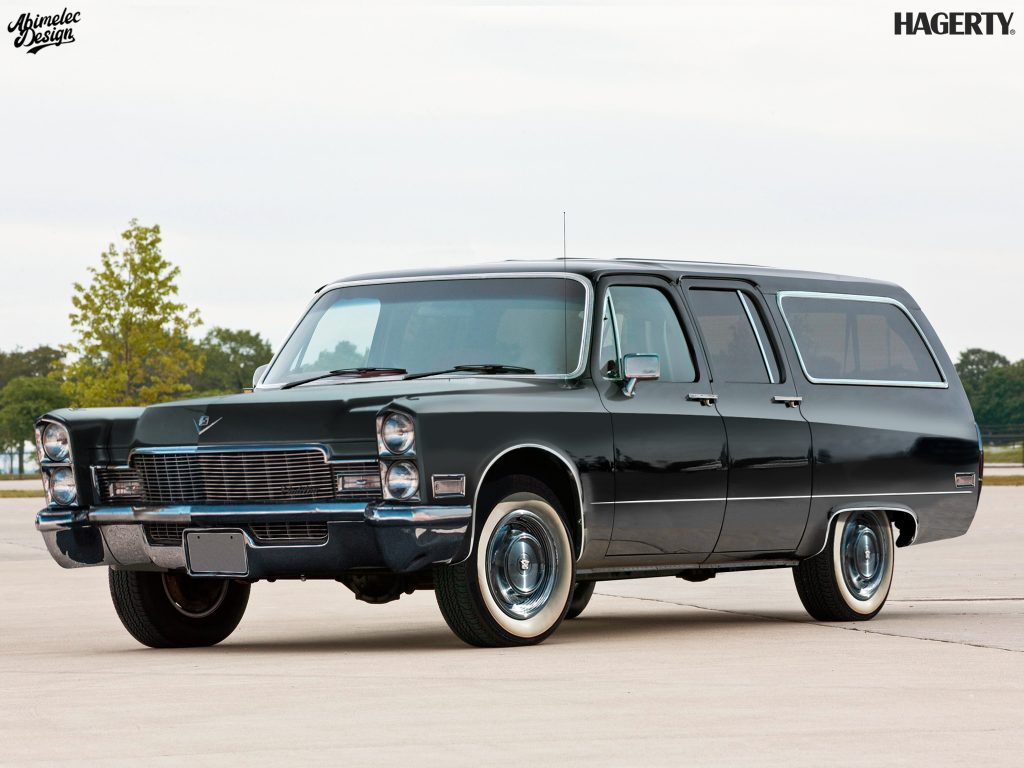 What If? What If? Quick Take: 1969 Cadillac Escalade
Jack Baruth 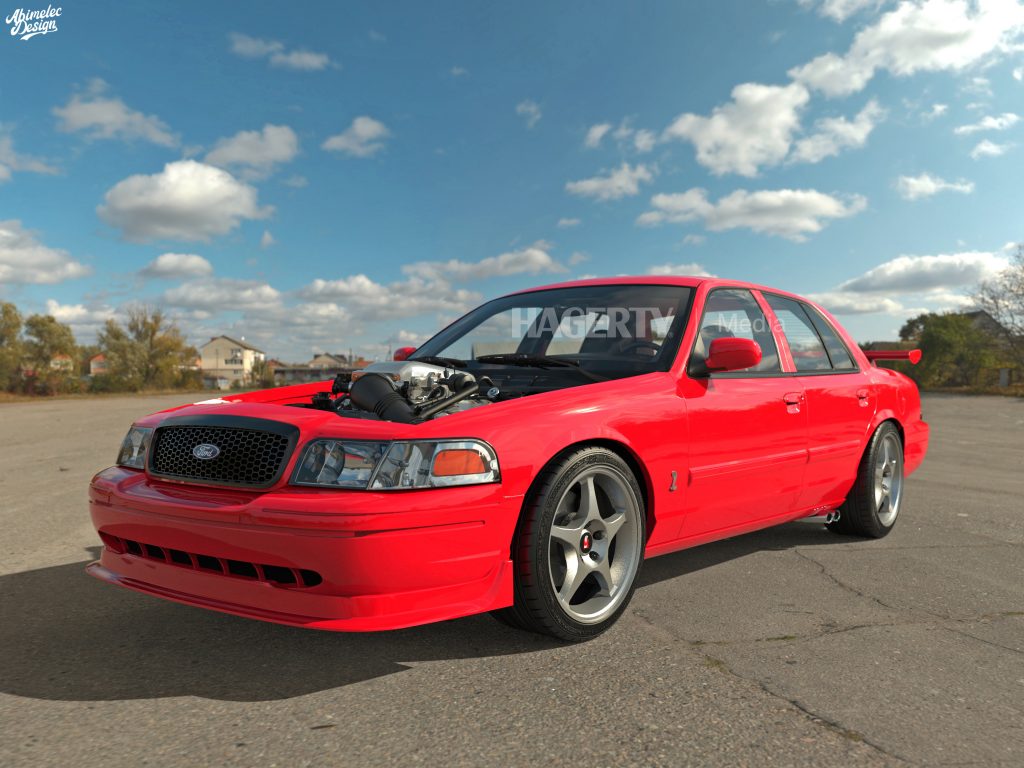 What If? What If? 2000 Ford Crown Victoria Cobra R
Jack Baruth 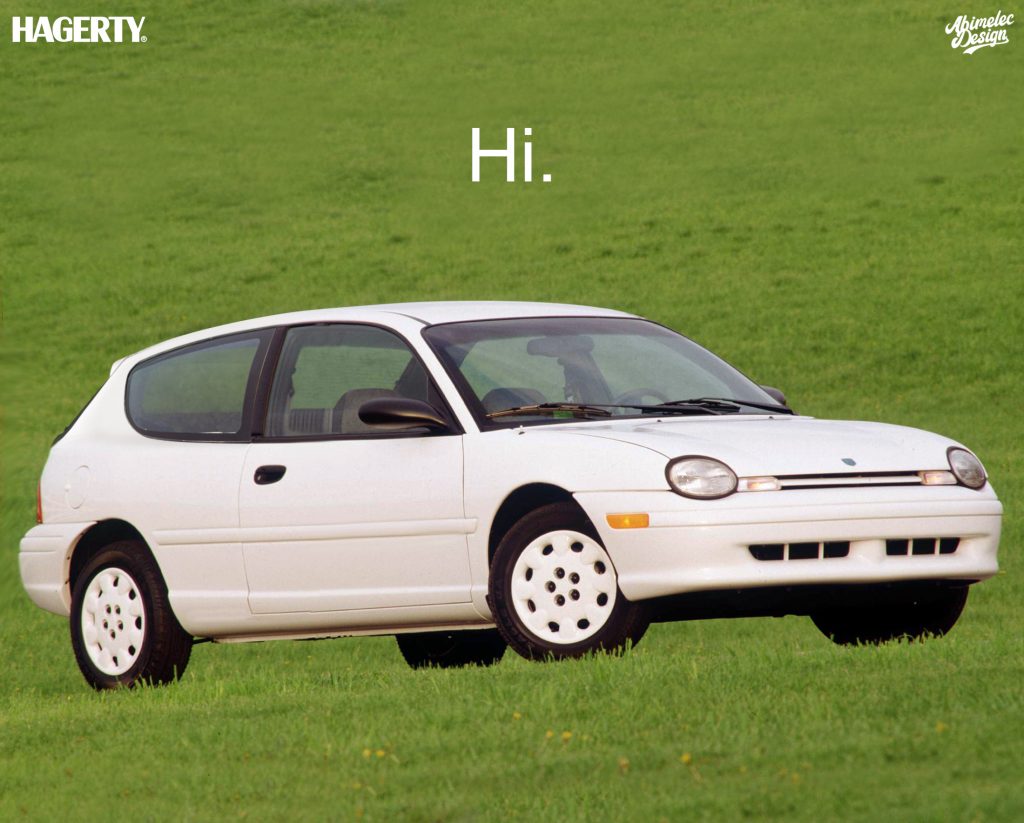 What If? What If? Quick Take: 1996 Dodge Neon Hatchback
Jack Baruth 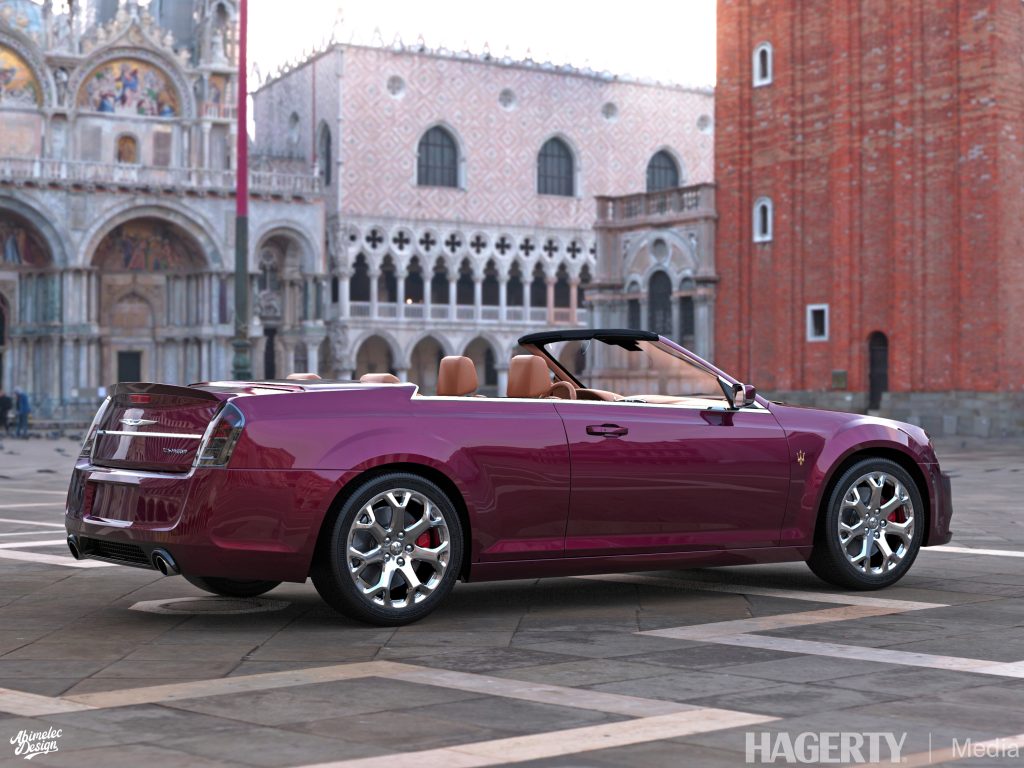 What If? What If? 2014 Chrysler TC by Maserati
Jack Baruth 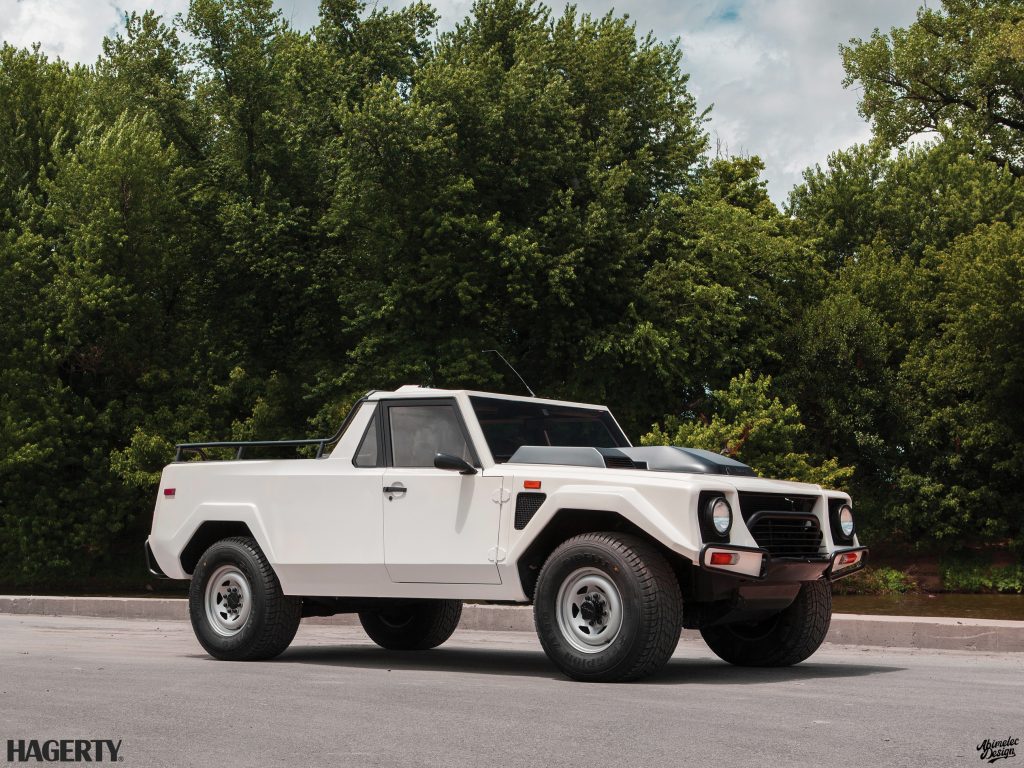 What If? What If? Quick Take: 1990 Lamborghini LM002 Single Cab
Jack Baruth 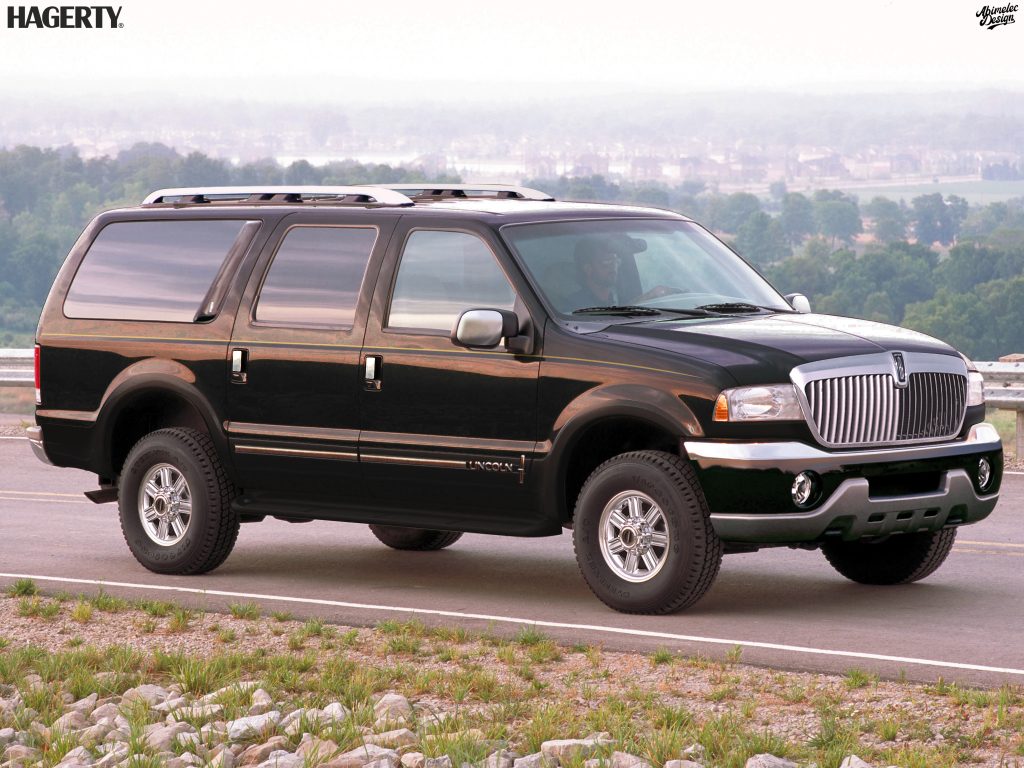