The most valuable Corvettes from C1 to C6

Happy National Corvette Day! This celebration of America’s sports car, which happens to fall just four days before the 4th of July, marks 68 years since the very first Corvette rolled off the line. Chevrolet has sold over 1.75 million examples of America’s favorite two-seater since, spanning eight generations. Each of those generations is distinct, offering a wide range of looks, performance, and price. That means there’s a Corvette for nearly every taste and budget, from four-figure daily drivers to million-dollar historic race cars.

Our Valuation mavens currently track market prices of all regular production Corvettes from the first generation C1 (1953–63) to the sixth generation C6 (2005–13). The lowest #4-condition (Fair) value is $3600 and the highest #1-condition (Concours) value is $3.1M. With a gulf that wide, we can’t possibly cover them all on National Corvette Day, so we figured we would highlight the king of the collectibility hill for each generation. Strap in, Vette fans.

The 1953 Corvette was the one that started it all, and it’s good to be first. Although its sweet looks wrote a check that its Blue Flame six engine and two-speed Powerglide couldn’t quite cash, it set the Vette down the path to becoming America’s sports car, and for that reason it will always be collectible. With just 300 built, all in Polo White, 1953 is also the Corvette’s rarest year by far.

The C2’s five-year production run was the Corvette’s shortest, but a lot happened in that time. The car gained independent rear suspension and a coupe model in 1963, added disc brakes and available big-block engines in 1965, lost its optional fuel injection in 1966 (injection returned in 1982), and introduced what would become the most valuable production Corvette of them all–the L88–in 1967.

It’s a legend today, but the L88-powered Corvette was something of a secret back in 1967. Although it was technically available to the public, GM never actively promoted the L88, instead hoping that only serious race teams would order what was the most hardcore Corvette around. The L88 was essentially a competition engine for the road with aluminum cylinder heads, solid-lifter camshaft, and forged pistons for a 12.5:1 compression ratio. 103 octane fuel was required.

To further discourage average Joe from ticking the box for an L88, GM intentionally underrated it at 430 hp, 5 horses fewer than the cheaper L71. Selecting an L88 also added F41 suspension, Positraction, J56 heavy-duty brakes, heavy-duty aluminum radiator, and Muncie M22 four-speed while deleting a heater or radio. This was a Corvette for the track, not the turnpike.

The 1969 model year was the last for the ground-pounding L88, and although it isn’t as rare or as valuable as the ’67, the L88 hadn’t lost any of its edge by 1969. It still came with all the heavy-duty competition equipment and still didn’t come with any of those cushy creature comforts like a radio or air conditioning.

Chevrolet did build 1969 Corvettes powered by the all-aluminum, dry-sump 427-cubic-inch ZL1 developed with McLaren for use in Can-Am racing, but they were prohibitively expensive and only two were ever sold. These would be holy grail Corvettes if they ever came to market.

We think C4s represent some of the best bang for your buck in the classic car hobby, but a handful of special models have found their way onto collectors’ radar and appreciated significantly over the past few years. Although the median #2 value for C4s across the board is actually down—1.5 percent over the past three years, certain year ZR-1s and early Callaways are up a few percent and the 1996-only Grand Sport (GS) is up 8 percent. At $48,000 for the convertible (190 built) and $44,500 for the coupe (810 built), the GS isn’t the fastest C4, but it is the most valuable.

The GS was a send-off for the fourth generation Corvette at the close of its 12-year production run. Reviving the Grand Sport name used on the five experimental Corvette race cars from 1963, Chevrolet wisely gave the limited-edition C4 some performance chops to match its unique paint scheme of Admiral Blue with Arctic White stripes and red hash marks on the left front fender. Under the clamshell hood of a ’96 GS is an LT4 V-8 with 330 hp. That’s 30 more than a base Corvette LT1, and the Grand Sport also came with black five-spoke wheels and wider tires.

For 2002–03, though, Chevy had a double whammy. Pacing the 500 in 2002, the Corvette got an early start on celebrating its golden anniversary with a preview of its 2003 50th Anniversary model, distinguished by its Xirallic Crystal Red paint, champagne-colored wheels, Shale leather seats, Shale cloth top on convertibles, and of course plenty of “50th Anniversary” badges.

Chevrolet didn’t officially sell a pace car replica for 2003, but you could buy a decal package from your dealer for about $500 that made your 50th Anniversary Vette look just like the car that led the field at the Brickyard. Collectibility-wise, cars that did get those decals are worth a bit more than a standard 50th Anniversary–$33,000 vs. $28,900 in #2 condition. The 1998 Corvette Indy Pace Car, with its retina-searing purple-and-yellow paint scheme, is also fairly collectible with 1163 built and a #2 value of $32,100. The median #2 value across the whole C5 generation is $23,000.

Chevy offered plenty of special editions throughout the C6’s run on everything from base cars to Z06s and Grand Sports, but the most valuable of all are the 138 ZR1s equipped with the 60th Anniversary Design Package. That package included Arctic White paint with silver stripes over Twilight Blue leather interior with suede accents. At $71,800 (original MSRP was about $127,000) it is the most valuable production C6 of them all, but it’s worth noting that even this is a performance bargain. 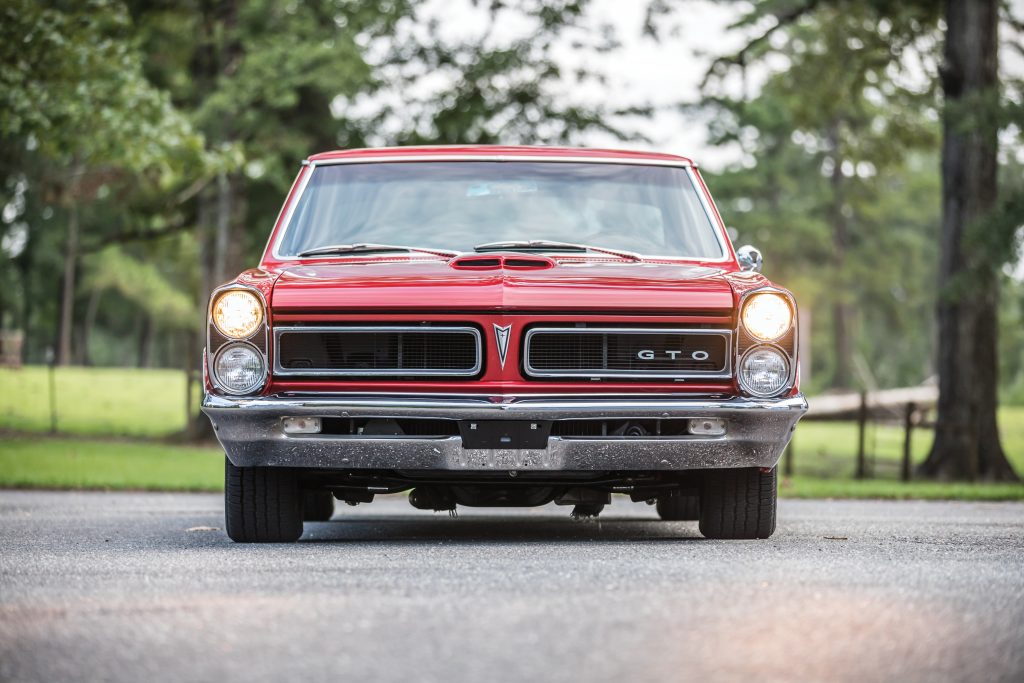 Market Trends Why are Porsche 911 R prices on the rise again?
Rob Sass