The Batmobile first appeared in May 1939 simply as Bruce Wayne’s red sedan, but DC Comics artists like Bob Kane and Jerry Robinson soon realized that, in order to adequately thrash the most vicious criminals in the world, Batman had to come up with a custom machine. One that’s not only as menacing as his outfit, but also more capable than any car Joker could hijack.

Much has been said about Batmobiles already, but now, Warner Bros’ great documentary is here to take us behind the scenes through seven decades of the Caped Crusader’s most impressive rides.

Following a number of comic book variants, the character’s real breakthrough came in 1966 with the TV series starring Adam West. For this show, custom car builder George Barris was commissioned to come up with a suitable Batmobile in just fifteen days, spending a budget of no more than $15,000. Luckily, despite the Lincoln’s Futura show car costing around $250,000 to be hand-built by Ghia, the Ford Motor Company managed to sell the one-off concept to Barris for a single dollar.

Using such exotic materials as a big paint can and a splash of high-glow red to highlight the body lines, Barris created an icon that spawned four more Chevy Impala-based replicas, all made with fiberglass bodies. The fun continued when Mr. Barris decided to drive his original Batmobile down on Highway 101, only to pull his pair of “Batchutes” next to an unsuspecting driver in a Chevy pickup.

Two decades later, the world was ready for a new, darker Batman, and who better to create it than Tim Burton, the young director who turned the Beetlejuice story into an unexpected success. With Burton sticking with Michael Keaton as a controversial choice for Batman, his production designer Anton First came up with what may just be the most cherished Batmobile of them all.

Inspired by speed recorders and jets, two functional cars were built for Batman and Batman Returns: one on an Impala chassis, and one using the chassis of the ugliest pink Oldsmobile Cutlass convertible they could find. Funny enough, Burton’s Batmobile ended up with canopy doors because Art Director Terry Ackland-Show forgot to put doors on its scale model.

Say what you will about Joel Schumacher’s 1995 Batman Forever, but with the team aiming for a highly organic look inspired by Swiss surrealist painter H. R. Giger’s sketches, the new Batmobile became a sight to behold. Made of carbon fiber and sporting an extreme illuminated exoskeleton over the supposed engine, the creative team lead by Tim Flattery had its work cut out to make this car work. Regardless of its capabilities, however, most shots were done using CGI and model cars.

All this brings us to Christopher Nolan’s Dark Knight Trilogy and the Tumbler.

Created in the most unusual way using chopped up toy models, plenty of glue and pieces of clay, the Tumbler became a mean piece of kit capable of not just high speeds, but also long jumps and punishing clashes—all without having a front axle.

Wondering what’s next for the Batmobile?

Eight years since The Dark Knight Rises, it appears that, in the upcoming Batman saga directed by Matt Reeves and starring Robert Pattinson, Mr. Wayne will take a page straight out of Mad Max’s long-lost survival guide … 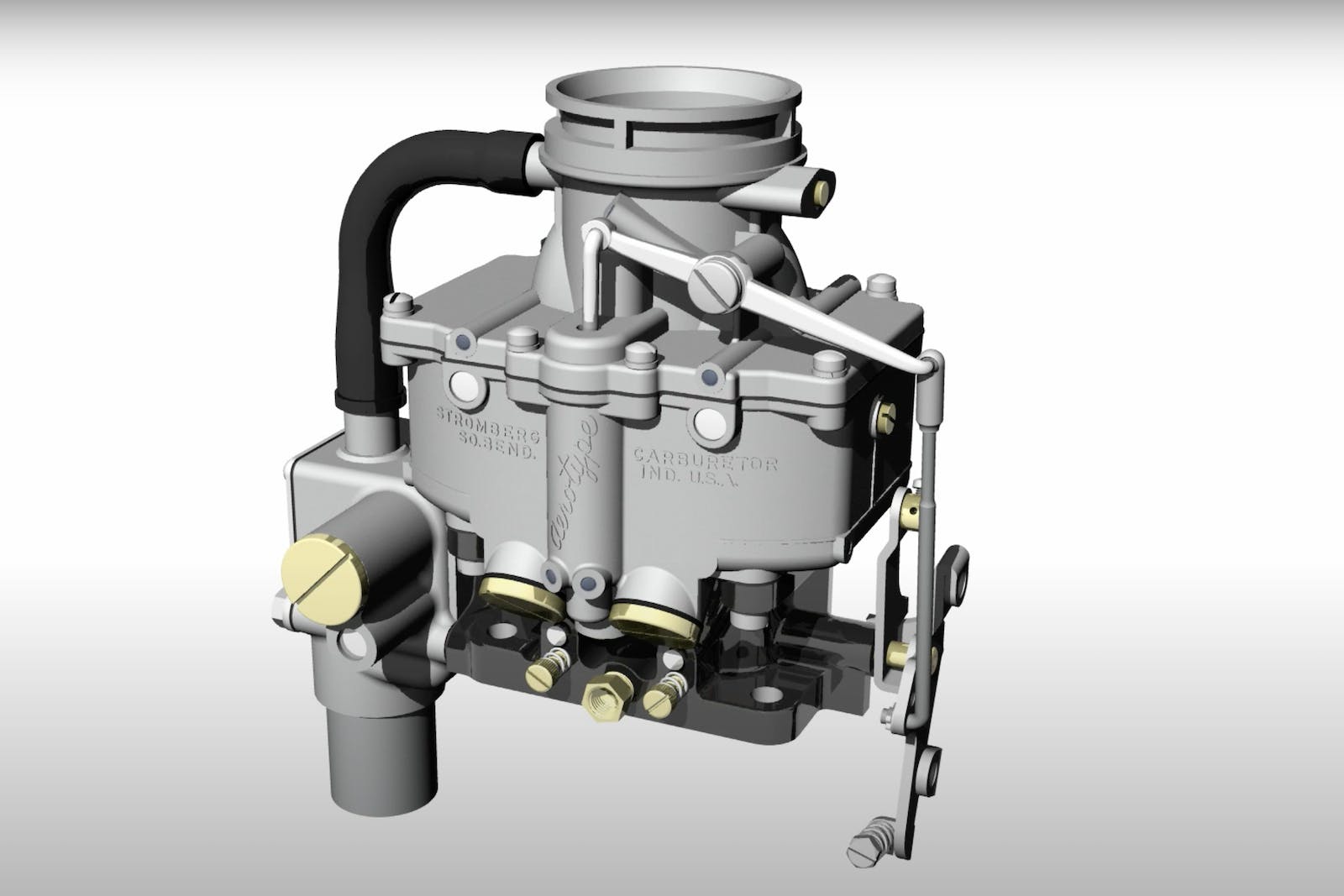 Topic Learn how a vintage Stromberg is assembled, without smelling like gas
Brandan Gillogly