The travel trailer market in the United States has been growing almost every year since the economy started rebounding back in 2010, with more than a million sold since 2016. Lance Camper makes up a small portion of that market, building as many as 12 ultralight trailers every day at its facility where it employs about 600 people. Though the market for truck campers is much smaller, Lance is a bigger player there, churning out as many as six each day before buyers drop them into the beds of half-ton or heavy-duty pickups for weekend getaways to places where a normal RV might not be able to venture.

Lance invited us to its facility, grouped in a few buildings in the same light industrial area in Lancaster, California, to see how the company builds trailers and campers. Here’s how it turns fiberglass, wood, aluminum, and steel into vacation homes on wheels.

Each Lance camper or trailers begins with a computer model that helps engineers automate several stages of construction. The models include wiring, HVAC, and interior furniture and appliances—even the placement of pocket screws that will hold furniture to the walls.

While wood is used on the floor and interior, Lance uses synthetic materials on the exterior of its campers and trailers to minimize the potential for water damage and rot. Here, workers are gluing down thin sheets of Azdel, a synthetic sound-deadening and insulating panel, on top of a fiberglass outer layer.

The material that will comprise the ceiling and walls goes through rollers that squeeze them together before a layer of foam insulation is glued down and the entire thing is rolled again. The open floor plan of the building is maintained at a specific temperature and humidity level to ensure proper curing conditions for the glue.

Here’s what the three layers look like once lamination is complete.

Wiring harnesses are assembled on panels, each one labeled to correspond with the specific floorplan of the finished product.

Internal framing and wiring run through the ceiling and wall panels and, to allow these systems to be sandwiched between the outer and inner layers without diminishing the insulation too much, CNC routers cut passages in the foam. The leftover foam is returned to the manufacturer (a third party) to be recycled into the next batch.

The frames of Lance campers and trailers are made of rectangular aluminum tubing. The tubes are bonded to the Azdel and MIG-welded to each other. Some of the tubing ends are filled with wood, where they will be bolted together.

With the frame and wiring in place, an overhead laser projector shows workers where plywood or aluminum sheets will be installed before the interior walls are laminated. The position of the reinforcing sheets is determined by the placement of the internal cabinetry and furniture. The backing plate you see here is for a speaker in the ceiling.

An interior wall of marine-grade Lauan plywood with a vinyl wallpaper is bonded on before it heads to another CNC router that cuts all the layers to create openings for the door, windows, slide-out, and access panels. These trailer side walls will soon move next door, where the rest of assembly occurs.

At the final assembly building just down the street, trailer frames start with open-channel frame rails and crossmembers that are riveted together before torsion axles are bolted on.

Depending on the size of the travel trailer, tanks for fresh, gray, and black water may be insulated individually or, as is the case for this trailer, insulated along with the whole undercarriage. Either way, heater ducts are routed to the tanks to ensure they never freeze.

The “basement” of a camper has much less room to work with than a trailer and requires custom-molded water tanks; otherwise, the plumbing is similar.

Trailer floors are made from an insulated laminate like the roof and walls, but it’s topped with a seamless flooring that’s similar to linoleum.

As the frames and floors are coming together, workers in the upholstery area hand-cut and sew the trim.

Like the ceiling insulation and walls, cabinets and furniture also get cut using a CNC router. Careful planning makes the most out of each tough, lightweight poplar or maple plywood panel and minimizes waste.

Workers assemble furniture into sub-assemblies and install hardware before it is placed in the camper or trailer.

One place where cutouts can be reused is the subfloor for the shower/bathroom. Exterior wall sections initially cut out for doors, windows, or slide-outs come together to make a stand for the bathroom insert.

Furniture, cabinets, and appliance wiring is installed on the trailer deck before the walls go on.

The construction process is similar for campers. Most of the interior is installed, including HVAC systems and generators, before the side walls are bolted in place.

The nose cap on campers is formed as one piece to help prevent water leaks. It’s one of the last pieces to be added.

While trailer roofs have a slight crown to promote water drainage, camper roofs are flat in profile and slope from front to back. Here, this camper roof gets coated in adhesive before the TPO roofing membrane is placed on it.

The roof panel is lifted in place by an overhead crane. The roofing membrane wraps over the sidewalls and is heat-formed to maintain its shape. There are no seams to leak.

Slide-outs are the last major step of assembly, as campers and trailers get the slide-out hardware installed and the slide-out, assembled in one of the perpendicular assembly lines, finally meets its camper or trailer.

Once inside a camper, especially one with a slide-out, it’s easy to forget that its footprint fits in the bed of a pickup. 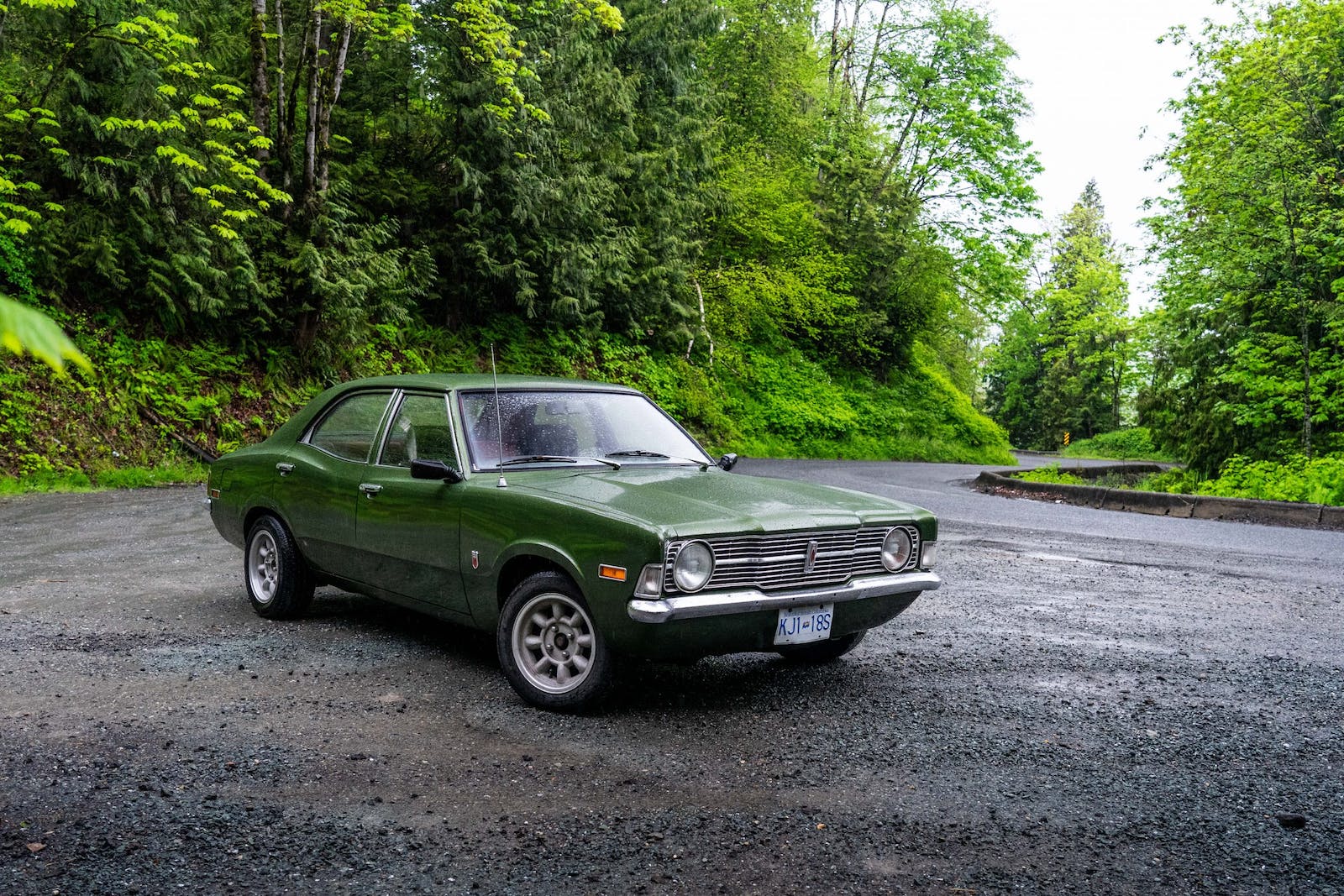