Would adding a stick-shift help you love an EV?

Like it or lump it, cars and trucks powered by solely electric motors and batteries are inevitable. While it will be decades before gas pumps go dry, all of us will surely own electrics during our lifetime. Look at the bright side: snappy response attributable to an electric motor’s instant torque, a low center of gravity, no tailpipes to spew pollutants, and fewer parts and systems to maintain. The most annoying pothole on this road to the future is the loss of more than pistons and basso exhaust pipes. Every electric thus far has dispatched our beloved clutch pedals and stick shifters to the retirement home.

Fifteen years ago, when Tesla introduced its Roadster, there was an earnest effort to equip that seminal electric with a two-speed automatic transmission. Unfortunately, efforts by XTrac and Magna didn’t pan out, so the 2450 Roadsters delivered in 30 countries from 2008 through 2012 were all fitted with a single-speed transmission.

Recently, however, evidence has emerged that manufacturers might solve the riddle that stumped Tesla. ZF in Germany and Inmotive in Canada have both shown compact, affordable two-speed automatics suitable for electric car use. Turbo and Turbo S editions of Porsche’s Taycan super sedan are equipped with a planetary two-speed automatic built into their rear axle as standard equipment.

Domestic makers are rising to the cause with high-visibility show pieces displayed at recent SEMA (Specialty Equipment Market Association) events. Chevy’s eCOPO Camaro presented in 2018 is a drag-race special powered by two electric motors with a combined 700 horsepower melting the rear tires through a three-speed Turbo 400 automatic transmission.

Ford responded with its Mustang Lithium one-off at the 2019 show. Built in collaboration with supplier Webasto using Swiss-sourced Phi-Power electric motors providing a rubber-roasting 900 horsepower and 1000 lb-ft of torque, Lithium is equipped with a stout Getrag six-speed…wait for it!…manual transmission. The Calimer race shop fortified this stick-shifted box to withstand the electric gaffe sent through it. This prototype is no mere show queen, either; Webasto hosted a few demonstration rides before parking its mighty Mustang due to COVID-19 concerns.

To avoid being upstaged by its archrival, Chevy rolled out what it called an E-10 for the 2019 SEMA event:  a 1962 C-10 pickup with a double helping of Bolt EV components delivering ample twist through a 4L75E SuperMatic four-speed automatic transmission.

At this year’s virtual SEMA360 gathering, Chevy followed through with what it calls an eCrate package to be sold over the parts counter. The guts of the system are a complete Bolt EV motor, battery pack, control system, and wiring combined with a performance-oriented four-speed automatic transmission. A nicely-restored 1977 K5 Blazer showcased the hardware and e-ware aimed at Silicon Valley smart tuners.

Let’s ponder where this trend should head next. Acknowledging that it’s Ford’s turn, we’d select the 2021 Mustang Mach-E as the ideal project car platform. Starting with the $42,895 Select trim edition with rear-wheel drive and 266 horsepower, we’d add a pedal-actuated multi-plate clutch and a three-speed manual transmission to the propulsion package. Those parts should fit neatly in back with minimal disturbance of the stock battery pack.

Launched into showrooms with a price tag below $50,000, “our” Mach-E manual would make amends for hanging the sacred Mustang nameplate on an electric crossover. While three speeds are sufficient to boost both acceleration and range (not to mention driving fun), Ford should also consider a four-speed alternative to sway die-hard skeptics. (We know that many of readers hold such qualms.) Tremec, the transmission supplier that developed  the new Corvette’s dual-clutch automatic, would make an excellent partner in this venture.

Considering the century-plus longevity behind the piston-powered cars and trucks we admire, it’s understandable that electrics have won minimal passion over the dozen years they’ve been on the market. They are, however, climbing a steep improvement curve. The first electric with a well-implemented stick shift might remembered as a genuine breakthrough. 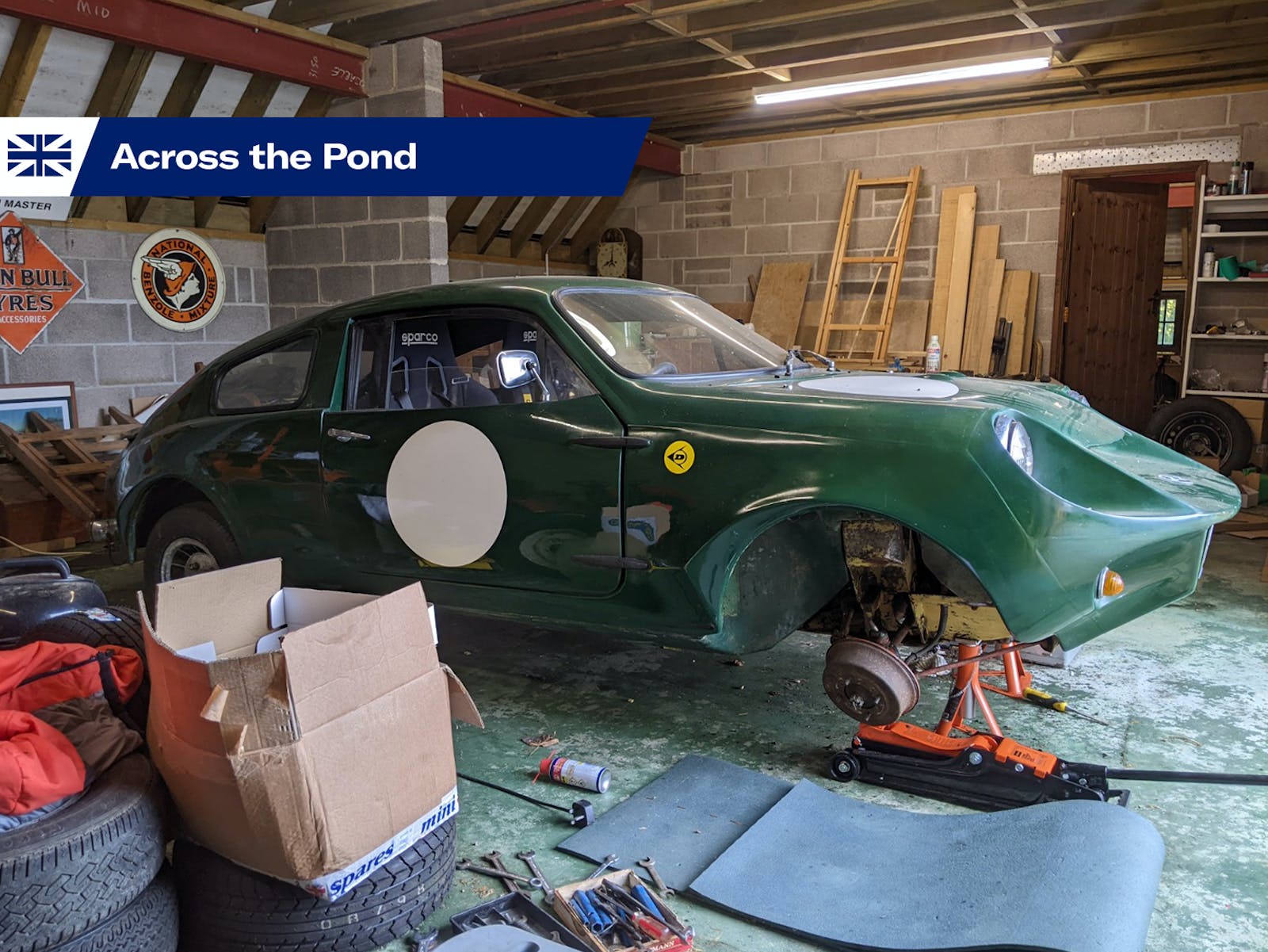