Smithology: To dream, but not to keep

We have been down so long that I’m making plans.

Forgive me for mentioning the calendar. Where are we now—four weeks? A hundred? Time flies when you’re having fun. When you’re stuck indoors during a global health lockdown, time wobbles a little on takeoff, then suffers structural failure at the wing roots before pinwheeling into a tree. Last Wednesday felt like a month. Friday deeply resembled an entire year. Saturday grew whiskers and sat in a corner talking about its great-grandbabies to anyone who would listen. Which is partly why I walked into the kitchen on Sunday morning and proceeded to cook three eggs, a stack of bacon, and a family-size frozen pizza, then applied that whole mess directly to my face.

Whatever gets you through the night, as John Lennon said. Or in this case, whatever gives you hallucinogenic indigestion for breakfast the next morning. Distracting you, however briefly, from the present. Even if that distraction later results in your six-year-old daughter poking you in the stomach every five seconds and laughing maniacally as you lie groaning on the couch. (“Mom, why is Daddy pretending to be sick?” “He’s not pretending, dear. But the problem is mostly in his head.”)

Oh, those other distractions. The plans. They are many, and they involve cars or motorcycles or Insert Obsession Here, and they perhaps keep me sane. In the beginning, an idea spins up. There are executables, a timetable, a result. Maybe it’s a purchase, maybe I reach for the tools and build something. Regardless, the result is always a trip, time on the road from one place to another.

Or at least, that’s the plan. Reality (and pandemic) means that nothing happens save the planning.

Perhaps you know the feeling, and the planning, and the feeling of planning. The idea starts as a whisper. A tiny voice under your daily routine. Time passes. Details are considered and solidify. A sense of wonder descends—could it really be this easy? Lifelong contentment, if you just pull the trigger? The soul stews a bit. Facts cohere—signs point to yes! A future of joy is pictured: pandemic over, new freedom leaned into! Across the smoky boardroom table of the mind, there are back-slaps, cigars, celebratory harrumphs! I wander the house for a bit, feeling satisfied—no, happy—no, thrilled—with the braining my good brain has done!

Happy dreaming spurred by epiphany. These are the salad days of the operation. Who knew the answer to my problems lay in buying a Porsche 914 with no floors and schlepping it to the Yukon? (Action item: Acquire snow boots in which you can heel-and-toe.) Now that you mention it, haven’t I always wanted to build a rat-motor Nissan RB26 and shove it in a riding lawnmower? (Action item: Buy connecting rods in bulk.) We are going to ride-or-die a BMW E46 and an oilhead R1200GS to Tierra del Fuego and I’m taking the dog with me. (Action item: We are going to need a dog.)

The next steps are maybe the best part. I fire up a computer and order a stack of books. Titles as varied as the idea. Practical Woodworking for Machines of Internal Combustion. A Directory of Motorcycle Parts Houses of the East Upper Congo. One Hundred Uses for Your Homebuilt Tyrrell P34 Replica. You get the idea. Book-learning for to make better the plan.

Then. Then! Always, there is a then.

A calming begins. Maybe it’s the day-to-day sameness of pandemic isolation. Enthusiasm fades. I get distracted or whatever and eat half the pantry. The plan falls from favor, and darkness descends.

Until moments later—Days? Weeks? Minutes?—when a fresh plan appears. The world is again bright and new.

And the cycle repeats, soup to nuts.

Six weeks into quarantine, it’s happened so often as to seem rote. The troughs are boredom-stress-eating enough breakfast to feed a county. The peaks are basically a superset of human revelation: Archimedes yelling “Eureka!” in the bath crossed with Alexander Fleming accidentally discovering penicillin and that moment where Kim Kardashian realized she could make a lot of money by not wearing pants.

How intoxicating the threat of motion now seems. The idea of departure. Exit from a defined space.

I wonder, he said rhetorically, why that is.

Do not mistake this effect for hubris. I cannot pretend to Kardashian genius. (Who can, really?) These plans are all simple, from a simple person: buying stuff and traveling with it, engine swaps, dumb stunts, a thousand permutations thereof. Motorcycles are occasionally featured. There are from time to time other secondary-object interlopers. (Light airplanes, farm tractors, tame elephants, guitars, custom kitchen appliances, housecats in fancy costume jewelry, large-bore artillery.) Longtime loves crossed with ideas for fun stupid. (I deal with cars for a living. Lord knows I’ve got a stack of old loves and fun stupid.)

Some of these plans may see reality. Most won’t, but that’s not the point. I refuse to be anything other than fine with it.

A friend recently suggested that our current societal moment echoes life in prison; the idea, he said, is that we are all under a yoke, and maybe we’ll come free of it with a better appreciation for ordinary freedoms. Frankly, this struck me as half smart and half dumb. The luxury of pandemic quarantine has about as much in common with the penitentiary as the sun does with a banana. If you’re fed and healthy at home right now, you are lucky beyond words.

But that second bit, no? What a lovely thing to hope for. And why those silly plans make me feel good, in a way. The old idea—when in doubt, shoot for the moon.

Something’s been ringing in my head lately, a specific cadence, almost a mantra, when those plans come up. A reminder to go and do and see whenever you can, but also just a song, hummed, to make the days a little shorter:

Get out of here

I am going to get

the hell out of here 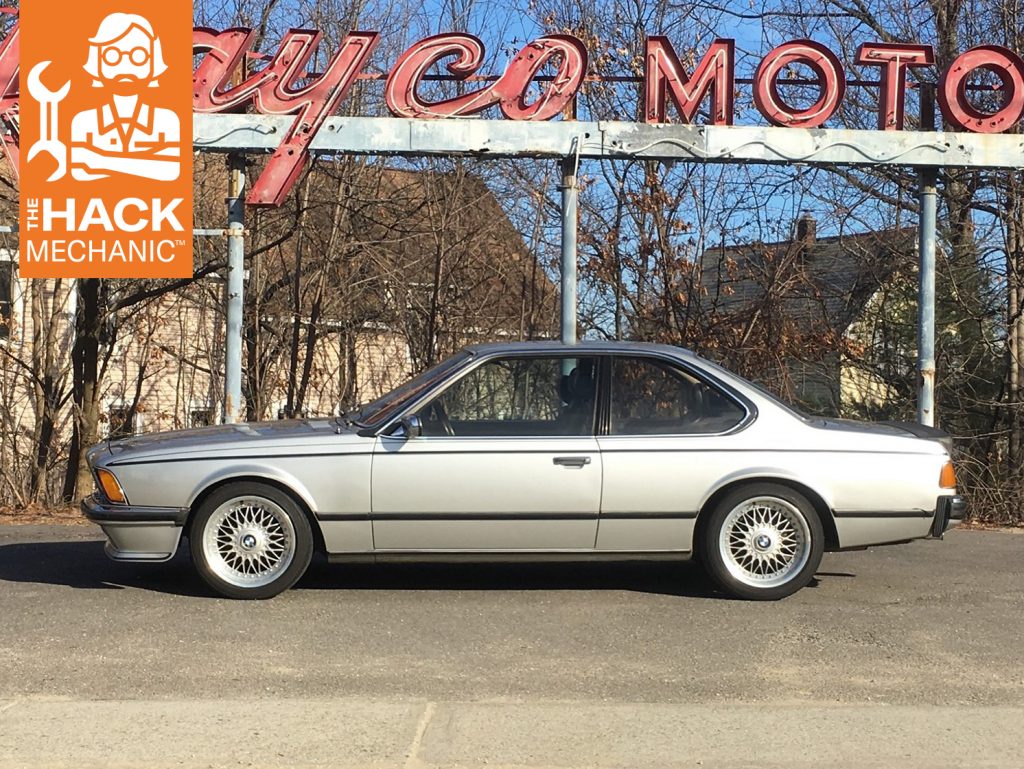 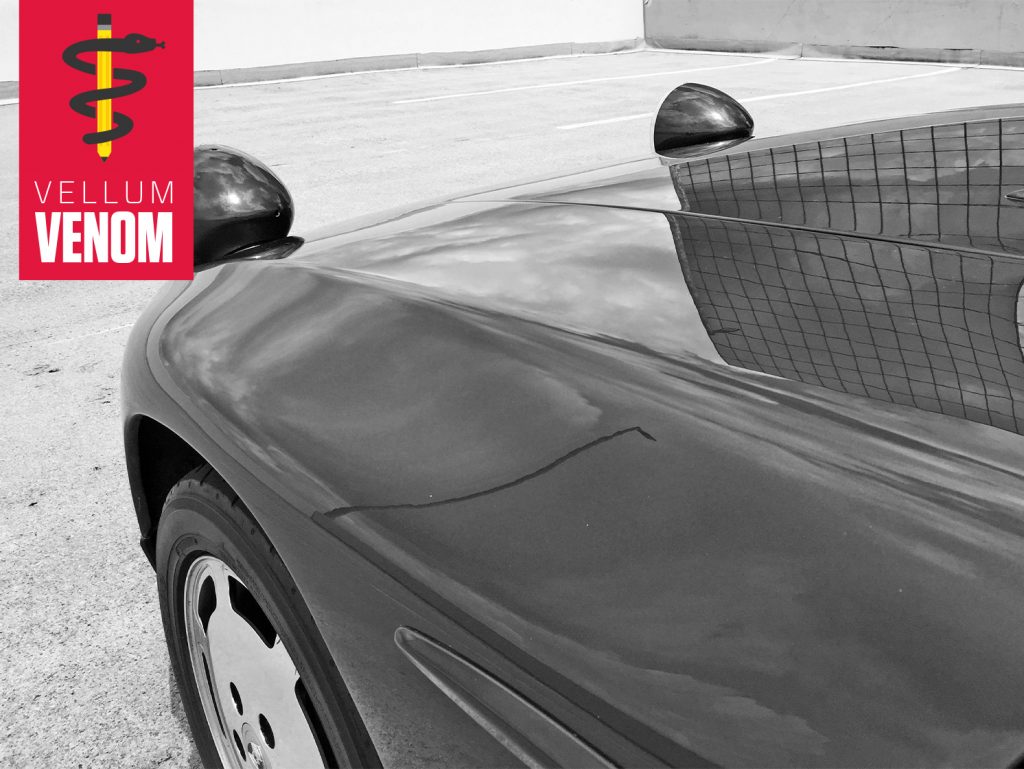 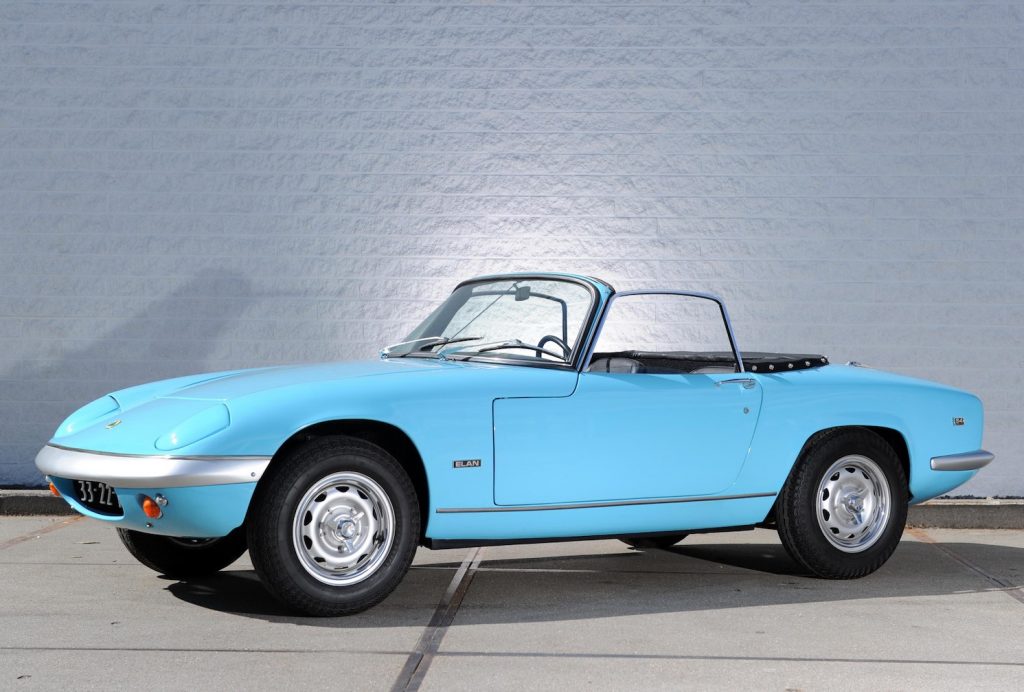 Opinion Someone could, and should, make Lotus Elan replicas
Ronnie Schreiber 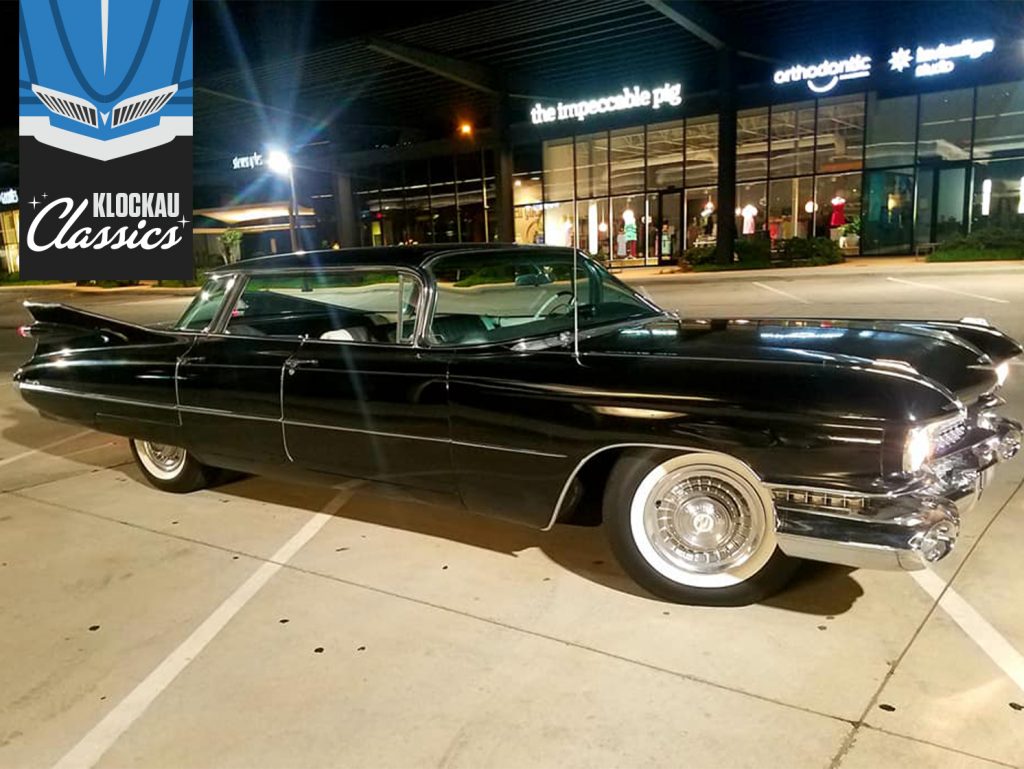 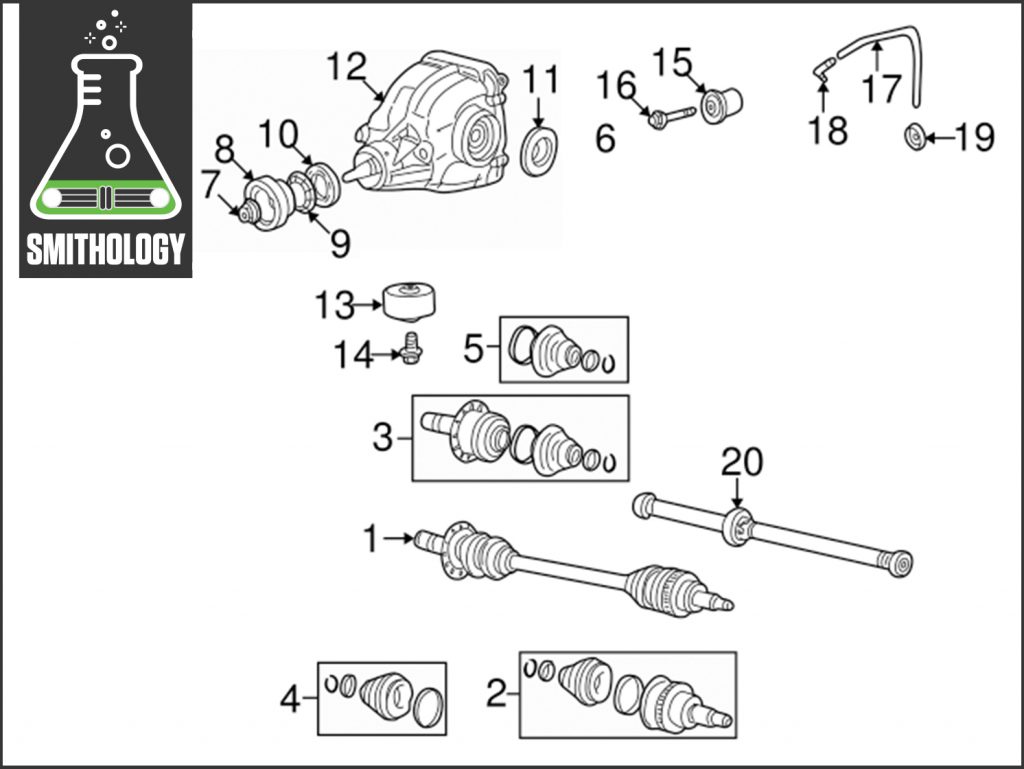 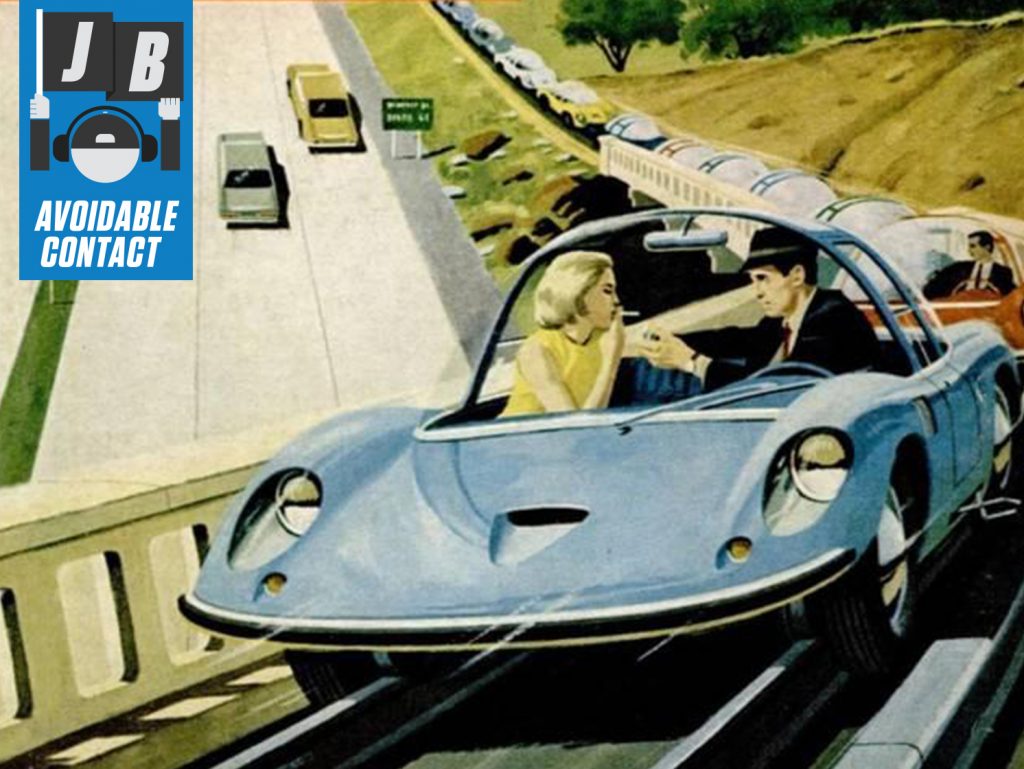