Smithology: On the trail of a 1973 Triumph

The Triumph smelled funny. Like old oil, but also dirt covered in old oil, plus a strange and familiar funk. Maybe you know the scent: equal parts grandma-basement and used tractor, with a faint hint of What Died in Here? Rusty old British sports cars used to smell like this by the time they ended up in junkyards, back when rusty old British sports cars tended to get sent to junkyards, instead of restoration shops.

And yet it wasn’t a sports car. It was a motorcycle. Even admitting that fact in these pages means we run the risk of you closing the window and going somewhere else. With bikes, most people are binary, a hard Yes or a harder No. Which is a shame, because if you’re at all into cars, the overlap is substantial—freedom, the tangible manifestation of history, the ability to do what you like when you like. Simple machines that let you either connect with or get away from other people. Valuable stuff, especially if you’re a mild misanthrope who spends half his time enjoying the company of other humans and the rest just wanting to be left alone with a garage or a book and a bottle of mezcal.

I bought the Triumph last month. Not my first bike, at the age of 39, but my first English one. Having long loved that country’s approach to the form, and how its classic efforts feel like loud, artsy bicycles. It helped that the one I found was a little scruffy and cheap.

The first thing I noticed when I met the Triumph in person was a cracked cylinder-head fin—a short break in the aluminum, maybe an inch long, under a broken weld that had once served as a repair. The weld bead wasn’t so much a bead as a valiant impression of the sort of thing that dribbles out of a five-year-old’s nose on a winter day. The cast fin underneath was thin enough that you could pluck it like a string. When I did that, the fin rang off, a flat, dead note where the others plucked on pitch.

Later, in the calm of my garage, the fin’s crack seemed like a friendly, life-steeped hello: Hi! I have seen more than you. I patted it for good luck, then flipped the ignition and gave the kickstart a boot.

The engine lit, first kick. A stable, smacky little idle. I laughed, a single, sharp ha!, both surprised and not.

Several hours prior, the seller, a friendly guy in his thirties, had started the Triumph for me in his driveway. One kick and it sprang to life, in the same way. The bike had been advertised on Facebook Marketplace, which is sort of like a Craigslist for people with more curiosity pooling in the midbrain. Unlike Craigslist, Facebook lets you list vehicles for free, so you see a lot of shaggy dreams that only need a fuel pump and they ran last Saturday and no of course that’s not rust my cousin took the picture that was just his finger on the iPhone lens why don’t you drive three hours to come see this Pontiac Fiero with a V-4 swap runs good needs fuel pump hey did I mention it needs a fuel pump I’d do it but I simply haven’t had time lately the wife wants it out of the house.

Optimism: Any machine on Facebook Marketplace could be genuinely good. What if the one you’re viewing… is?

Realism: List price on the bike in question was so low, I expected it to start first kick for the seller—they always do—then chuck a rod to Barbados the moment I got it home.

Still, the Triumph came with a stack of recent receipts, and a few number plates from AHRMA enduros. I took a chance and got lucky. The bike was healthy, only a few needs, a gift in itself. Like old cars, old motorcycles tend to fare better when they’re transcendent to ride, historically significant, or both. A 1973 Triumph TR5T Trophy Trail is neither. Even in ’73, there were better dirt bikes. Hell, there were even better Triumphs, most built years before. By the early 1970s, Triumph the motorcycle company was like Triumph the carmaker, but worse—strapped for cash, with an indifferent corporate parent, old in tech and tooling, watching the world leave it behind. The era’s bikes are often seen as unreliable and short-lived, but they’re more like contemporary British cars, mating hyper-short maintenance intervals to sound basics and a few spots of incomplete engineering. If you accept all that and don’t make unreasonable asks, the reward is fun in spades.

Even with a TR5T. In 1973, Triumph was owned by the British motorcycle and gun manufacturer BSA. The two-year-only, 30-hp, 1973–1974 TR5T married Triumph’s 500-cc parallel twin to a relatively small BSA motocross frame. The result was a happy little parts-bin special, a fun trail bike years outdated when new. It never sold well, but these days, who cares? In the modern world, you can’t look at the thing without getting the impression that it exists simply because some draftsman nipped down the pub midday, then came back a little fuzzy and began kitbashing parts in a back room. (“Nigel! This stuff fits!” “Ian, the company limit is four pints at lunch.”)

All of which brings us back to the appeal. I’m a sucker for imperfect answers, especially those that hint at pie-eyed logic. Motorcycles exist as a sort of direct line to how people think. Carmakers labor under a phone book’s worth of emissions and safety regulations, plus the demands of practicality and comfort. Motorcycles avoid much of that, which leaves bikemakers mostly free to build as their engineering ids see fit. With British bikes, that means you get a virtually unfiltered whiff of a romance-addled, literature-steeped country half the size of California. A small place that believes deeply in the restorative power of stagecraft and taking a moment for tea.

You can still buy that stuff new, after a fashion. In the 1960s and 1970s, when Japanese companies like Honda and Kawasaki entered (and promptly won) the durability and power wars, Triumph’s management was unable to meet the challenge. The firm found receivership in 1983, after almost a century in business, emerging significantly changed in a different location and under new ownership. The “new” Triumph lineup is now sturdy and compelling. Much of it owes a visual debt to the work of the brand’s midcentury chief engineer, Edward Turner.

One of Turner’s subordinates, the designer Bert Hopwood, later rose to be Triumph’s director and general manager. In 1981, he wrote a book that served as summary of his life’s work. The title alone—Whatever Happened to the British Motorcycle Industry?—is sighing inquiry, no hint at the arrogance of his bosses, which he tirelessly fought. (At one point, years before the old Triumph face-planted, Hopwood listened to a superior tell him how the Japanese would help Triumph stay strong. Japan, then known for small, reliable bikes, would handle the small stuff, the superior said, “and when buyers move up to larger machines, we’ll be there.” Naturally, the Japanese just designed better big bikes.)

How dangerous, the assumption that things will continue simply because they always have. You see similar thinking in any number of revolutions, or in anyone challenging complacency with a better idea—the Japanese bikemakers that toppled the British, but also Apple Computer and the iPhone, or Honda and Toyota kneecapping Detroit in the late 20th century. Grand change is never easy, and hindsight almost always brings clarity.

Perhaps these situations felt different, in the moment, on the losing side, less inescapable. You have to wonder.

This might be why I like the Triumph so much. In addition to the simpler charms, it serves as a reminder that we’re all blind to something.

Our house is a short ride from a national forest, and the Triumph seems a good fit for camping. It helps that I’m not exactly the world’s greatest rider; a tame, leaky little historic-footnote of a bike seems about right for fire roads and brapping around, no more than a day’s tow from home, a small tent strapped to the seat.

It is entirely reasonable to assume that I’ll get stranded somewhere because some small part let go. Any number of modern bikes would be more sensible and cheaper. There are at least a dozen Japanese motorcycles—some of which I’ve actually owned—that would ask a tenth as much in terms of wrenching.

But then I wouldn’t be out in the garage on hazy summer evenings, poking at the bike and waking it up, thinking about mistakes, and tea, and the freedom to do as you please. Even if that last bit just means knocking around in the woods close to home, with two wheels, a small pair of English pistons, a cracked cooling fin, and all the tools you can fit in a backpack. With a little luck, they might even be the tools you need. 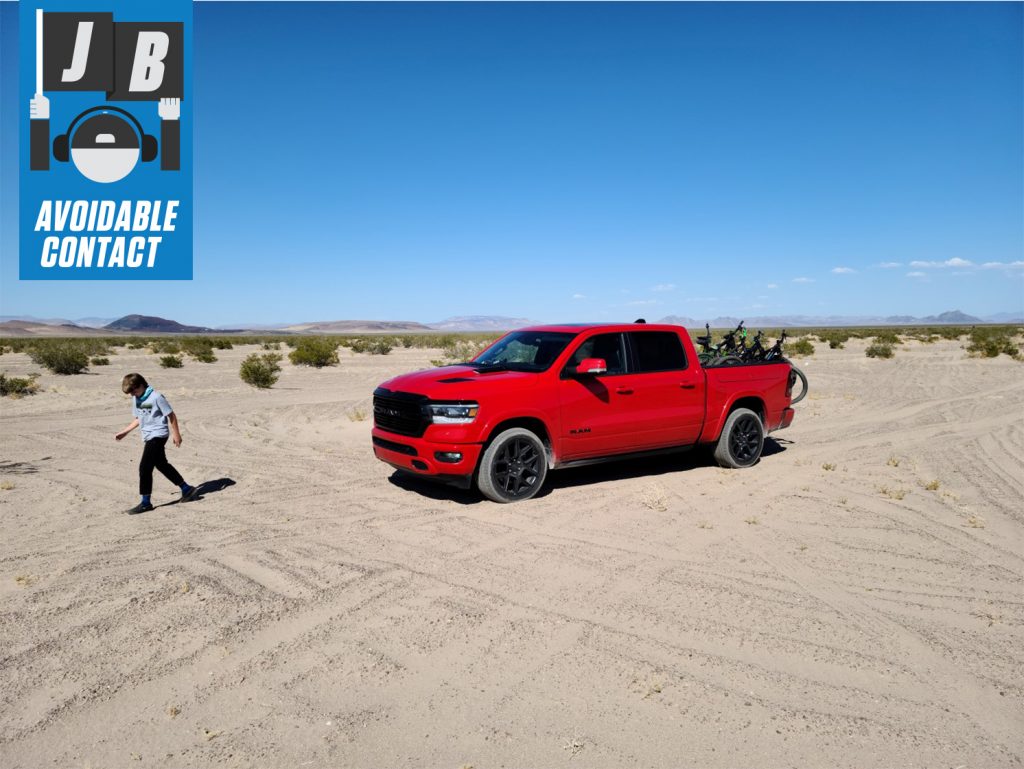 Opinion Avoidable Contact #70: Stuck in the middle (of a desert) with you
Jack Baruth 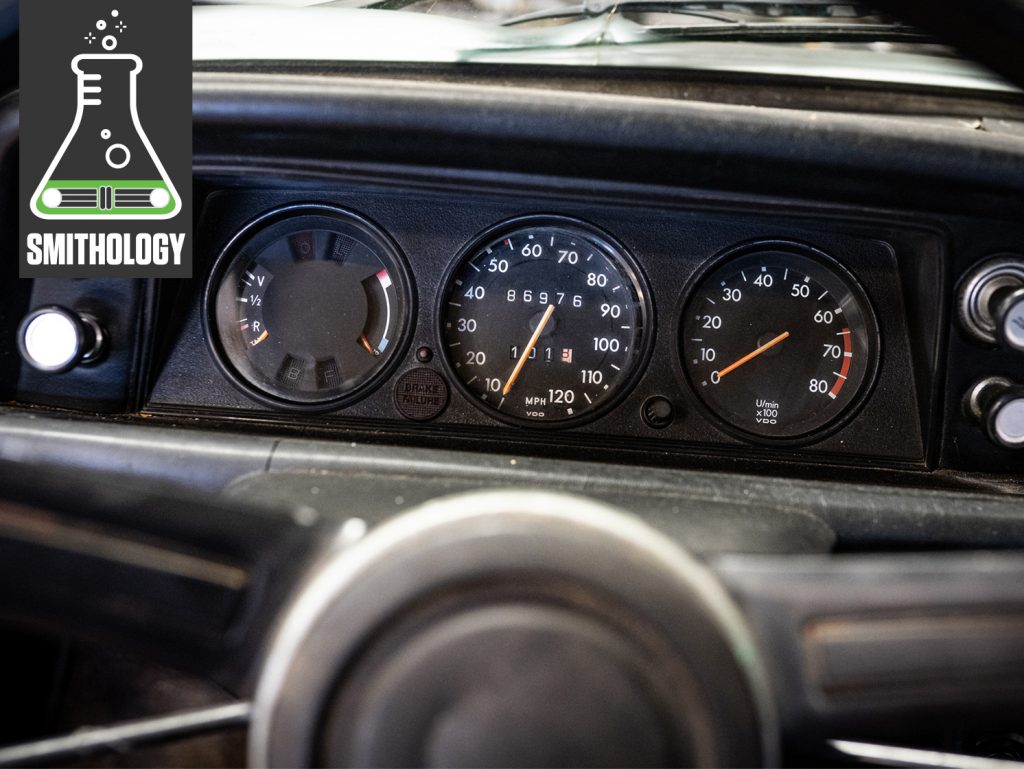 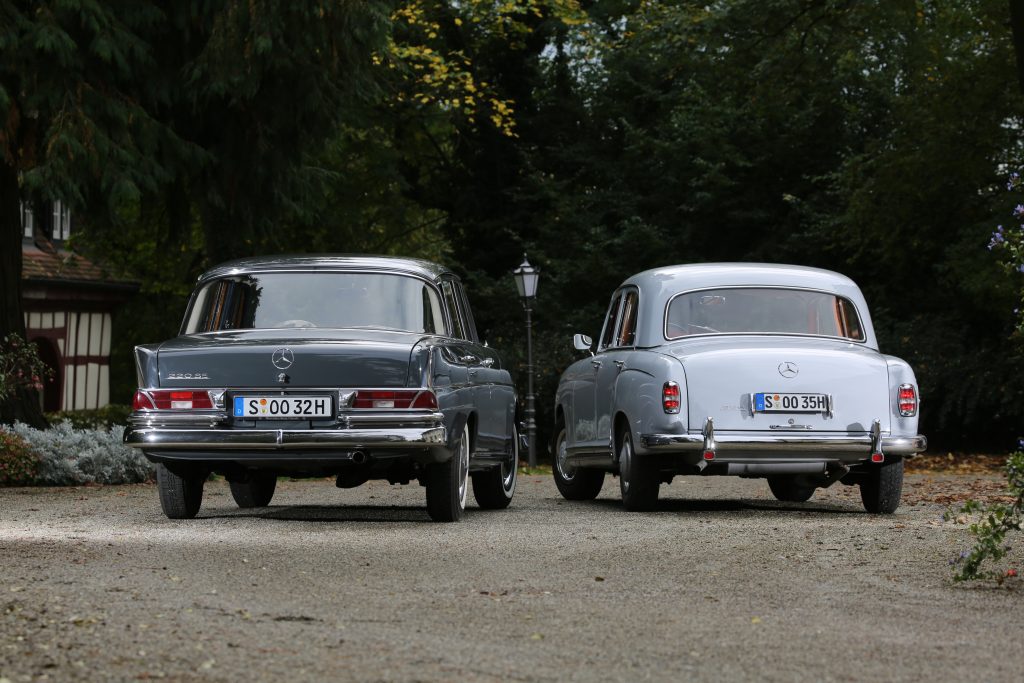