The Lincoln Versailles. Name it and certain folks will immediately get all wound up. Much like some folks who go el bonzo seco when the name “Cadillac Cimarron” is mentioned. But never mind that. Dreamed up by the powers-that-be in the Glass House, perhaps over a three-martini lunch at the Dearborn Inn, the Versailles was meant to compete with the successful first-generation Cadillac Seville.

It was a well-made car, the first domestic car with factory clearcoat paint, the first domestic car with halogen headlamps. It even had four-wheel disc brakes—a rarity on Detroit cars at that time. Comfortable. Right-sized for the late ’70s. But there’s no denying it still looked an awful lot like the Ford Granada/Mercury Monarch family car twins.

As I’m sure you fine folks know, the 1976 Seville was introduced not to compete with European imports, but to satisfy frequent requests for a smaller Cadillac. Of course, it was compared to high-end Benzes and BMWs anyway—and competed with them. It was a lucrative move for Cadillac, and Lincoln wanted some of that extra green. And so did the Versailles, enter stage left. But unlike the K-body Seville, which began as an X-body Nova/Ventura/Omega/Skylark but in which many, many changes were made—including totally new sheetmetal—the Versailles was clearly a sibling to the less-pricey Ford and Mercury compact sedans.

Despite all of that, I’d still like the 1977–80 Versailles. Part of it may have been due to a friend of my dad’s who had a boat on the same dock as ours at Sunset Marina back in the ’80s. He had a pristine white ’77 Versailles with white vinyl roof, red leather interior, and polished chrome aluminum wheels. I really liked that car. It may be the primary reason I’m typing this column right now.

The last I heard, he still has the Versailles, more than 30 years since I first laid eyes on it. And still in excellent condition, though it frequently hibernates in the garage these days. Now, I wouldn’t have bought one new—these things cost more than a Continental Town Car or a Mark V. In that case, give me a triple jade green Mark or Town Car—but I bet they would have made a plush lightly-used daily driver after depreciation had their way with them in, let’s say 1982–83 or so?

And they WERE plush. Certain folks can scream “Camp Granada” until they are hoarse, but love them or hate them, these were well equipped cars. Standard equipment in 1979 included your choice of 12 different colors, bodyside/decklid painted accent striping, electronic AM/FM Stereo/Search radio with power antenna, the vaunted 5.0 liter, 302-cubic-inch V-8, four-wheel power disc brakes, power windows/four-way seat/mirrors/steering/brakes, Select-Shift automatic transmission, automatic parking brake release, cruise control, and many other items as well.

And even with all of that, there were some notable optional extras, including an integrated garage door opener (common now, rare back then), glass power moonroof, two-tone paint, leather seats (standard with bucket seat/console, optional with the full bench seat), power decklid release, and  8-track tape, cassette tape, and citizen’s band radio choices.

One thing that helped was the more formal, Lincoln-like roof added for model year 1979. The original 1977–78 version had the exact same C-pillar as its more mainstream cousins. But the ’79 changes made the car look better, more formal, more a luxury car. It probably should have gotten that roof from the beginning.

However you personally feel about these cars, they certainly must have made money for Ford, with the Granada origins and hefty price tag. I have only seen a few the last several years, one at an LCOC show in Rockford, Illinois, in 2014 (the white one with aqua velour in this column) and two others, believe it or not, at used car lots here in the Quad Cities.

Although those taillights are different from those found on Granadas and Monarchs, I always thought they still looked too “Granada-ey.” In the 1977–80 period, all the other Lincolns had vertical taillights. I’ve often wondered how the Versailles would have looked with vertical taillights and a more vertical rear quarter panel, along the lines of the Mark V’s rear end. Along with the 1979–80 roof, I think it would have helped hide the Granada origins.

Our featured car was photographed by pal Jayson Coombes at the Park Cities, Texas, car show almost two years ago on April 27, 2019. The car itself is owned by Richard LeBlanc, a fellow member of the American Brougham Society on Facebook. The car itself, dubbed Vera Versailles, is well known on Lincoln and ’70s luxury car groups. The triple aqua paint combination is something I really love, as well as the polished aluminum wheels.

Yes, the Versailles was (and still is) a polarizing automobile, but the replacement for it, the 1982 Continental, continued fighting the Seville and with its Fox-based goodness, new bustle back trunk, and 302 V-8—a pretty solid car. 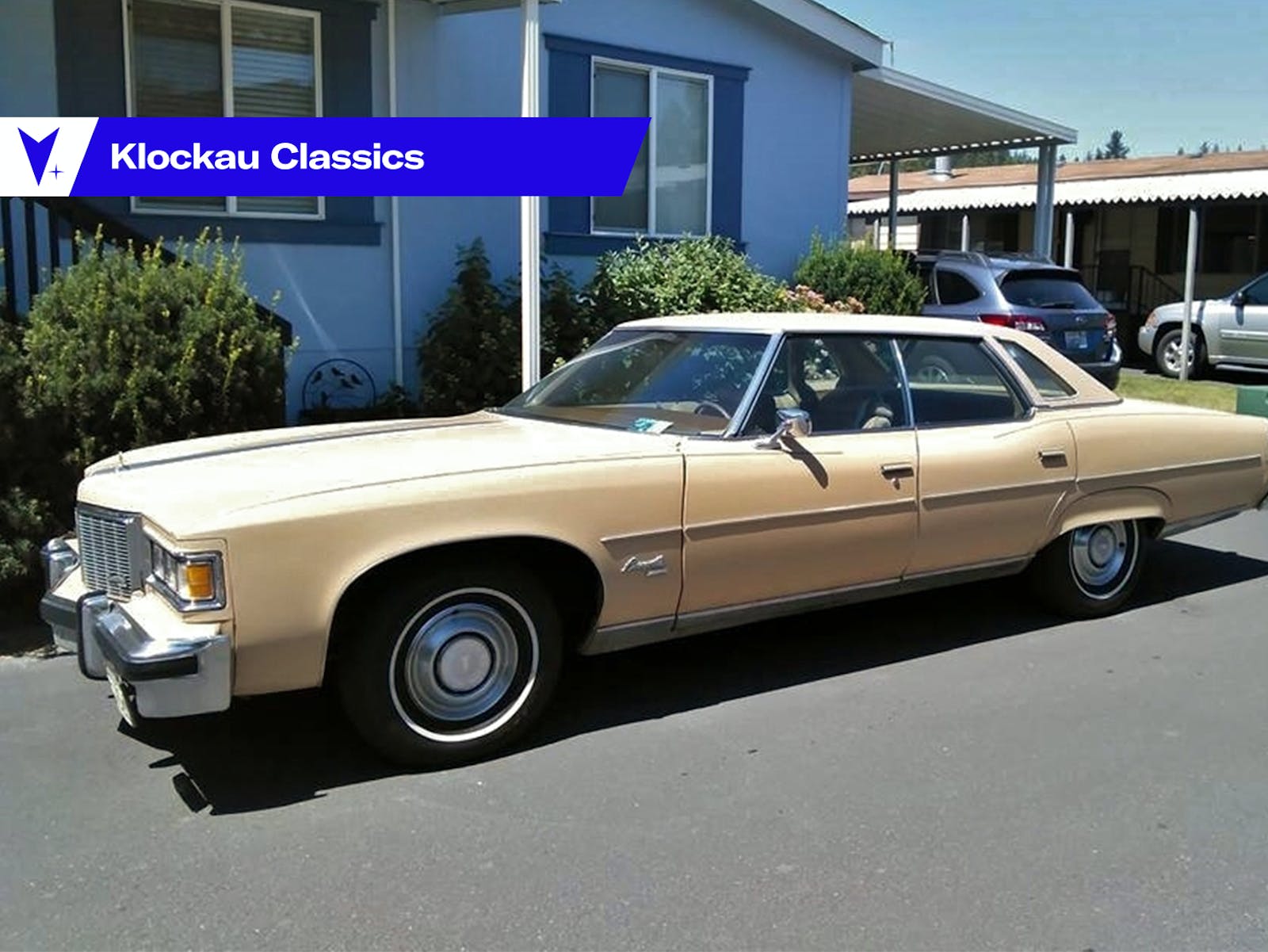