Avoidable Contact #107: Could an EV get us all the way to Uranus?

It was a lazy, late Thursday night in my brother’s college dormitory when some free spirit knocked on his door: “We’re gonna go touch the Arch and come back. Do you want to go with us?” It was precisely 420 miles from Ohio State to St. Louis, and another 420 back. (I’m not totally sure that was a coincidence, to be honest, if you know what I mean—and I think you do.) And for no real reason. Just to touch the Arch.

“Sure, why not.” And that’s what they did, returning to the cafeteria for a bleary-eyed lunch 14 hours later. What was the car? My brother doesn’t remember. Some kind of Accord or Camry, old and tired. So let’s say it was a 25-gallon expenditure, about 30 bucks’ worth of fuel at the time. Let the record show that there was no tangible benefit to this trip, no money made, no Instagram clout chased. Nobody even bothered to take a photograph. What can I say? The past is another country. Yet there was obviously some benefit to be had. Friends made, a story to be told later, just the quiet satisfaction of being four Ohio kids who could then say that—yes, they’d been to the Arch, and back.

You couldn’t duplicate the ease and efficiency of that trip in any electric vehicle. A $100,000 Tesla can’t match a $3000 used Camry for speed over distance there. There ain’t no Supercharger along that road, at least not according to the Tesla website. If they built one, you’d still be in the iffy position of hoping for an empty slot in the station. If you want to touch the Arch from Ohio, your best bet is to leave your space-age vehicle-of-the-future at home. Maybe your neighbor has a 1987 Nissan Stanza you could borrow, or something like that.

Some of you will rightly point out that nobody needs to touch the Arch, and that there is no intrinsic human right to drive across the country at midnight with new friends in search of adventure. Why, there’s adventure aplenty in Fortnite, or via the insipid living-by-proxy of YouTube! You could just watch a YouTube video about the Arch. It would take you less time. Wash your video down with a quick drink and meal from UberEats, or a snack from Amazon Prime. I can’t advise that you just travel freely about the country, citizen. You’re safer in your apartment, just consuming. Very irresponsible, to touch the Arch.

Ah, then how much more irresponsible was it for my son and I to travel twice that distance, on the whim of an hour’s discussion, for the sole purpose of endangering our lives? What if we visited Uranus along the way?

Our original plan had been to visit Snowshoe Mountain, West Virginia, this past Thursday and Friday for some downhill mountain biking. Unhappily for us, we could not find a weather channel or website that predicted anything but a blanket of rain and fog for Snowshoe on those days. What to do? I suggested we try visiting Bentonville, Arkansas, to spend two days on the various trails and obstacles scattered around the town by Wal-Mart money and some very effective cycling evangelists.

Son John agreed with this idea. We loaded my trusty 2017 Silverado LTZ 6.2 Max Tow Long Bed (as frequent readers of this column know, I never fail to mention these qualities of the truck, lest it be confused with a Silverado LT 5.3 Short Bed or something like that) with four bikes, about 50 pounds of tools and equipment, a made-in-USA Pelican 30-quart cooler, and some army surplus wound-seal kits.

On Wednesday we covered the 804-mile distance to our hotel in Rogers, Arkansas, with no difficulties, averaging about 21 miles per gallon, filling up twice along the way. Thursday and Friday we rode our bikes, managing to conquer all sorts of improbable obstacles with very little tendon damage. Friday night we met a BMX pal in Clarksville, Arkansas, for dinner, on yet another whim. Saturday we drove back home, stopping at the Griffin Bike Park in Terre Haute, Indiana. Oh, and we visited Uranus, of course.

The Uranus Fudge Factory, on the outskirts of Rolla, Missouri, is a shameless tourist trap built entirely around the obvious play on words in the store’s name. Items such as the Uranus Examiner newspaper handed out on the premises and the “Uranus Liquors” T-shirts sold there are absolutely puerile, wholly beneath contempt, and hugely amusing to both a just-turned-12-year-old boy and his about-to-turn-50-year-old father. Really, it’s no more ridiculous than most of what you see at the Tate Modern nowadays, and the snacks are cheaper. The lowbrow tone of the Fudge Factory was apparently not quite declasse enough to keep various Benz and BMW sport-utility-vehicles out of the parking lot; our $59,300 truck was far from the most expensive vehicle in attendance.

Let me tell you what we did not see, however: anything remotely resembling an electric vehicle. There was one tired old Prius, but Teslas and Taycans were conspicuous by their absence. It’s not a regional thing. Last month I had dinner in Springfield, Missouri, on historic Route 66 and just down the road from Uranus, and I saw quite a few Teslas. It’s not a class-warfare thing, because I assume that the Benz GLE63 we saw parked directly in front of the Fudge Factory door belonged to the kind of person who at least considered a loaded Model X.

After considering a few theories, I settled on the following: Nobody sets out to visit Uranus. You’re on the way to somewhere else, likely somewhere fairly distant, when you see a billboard on I-44 with a dinosaur head and the caption, “We’re having BIG FUN IN URANUS!” (You can buy this same image on a souvenir metal sign, for $12.99, in the Fudge Factory if you like.) “How bad could it be?” you ask yourself. “I need a break anyway.” Next thing you know, you’re seriously considering the purchase of a novelty T-shirt.

Only an idiot, or someone setting out to make a deliberate and uncomfortable point, would make a cross-country trip in an EV. The infrastructure isn’t there. There’s no EV on the market that has the range of our Silverado; you’d need to start with a full charge and recharge twice during the trip. Did I mention that it was frequently close to 90 degrees outside, causing us to run the A/C with the same ferocious greed we applied to the volume knob of our voltage-hungry Bose stereo system cranking out various Vulfpeck and Jaco Pastorius tunes? In our capacious, capable truck, it was no trouble to make it all the way to Bentonville in just under 12 hours, and we never harbored a single doubt about our ability to get there in a reasonable, predictable time.

But wait, there’s more. Until we remembered that we had a bicycle race on Sunday, we’d been seriously discussing the idea of continuing on to Angel Fire Bike Park in New Mexico. Another 12 hours. Could have done it on a whim. Then come back. Without so much as a by-your-leave to the government, our neighbors, or any other authority save my bank account and my responsibility to my cherished team of writers here at Hagerty.

The admirably compliant folks who do most of the autowriting in this business nowadays would have you believe that such freebooting behavior is limited to a small and unpleasant group of Americans nowadays. The nerve of me and my son, just deciding to drive around the country and ride our bikes sans the social absolution of protesting/demonstrating to justify us or the secular indulgence of carbon credits to shield us! Yet I couldn’t help but notice that the trailheads of Bentonville’s admirable park system were almost wholly inhabited by similar people in similar vehicles on a similar mission. In one evening we met a Japanese engineer, a young mother from Brooklyn, and a family from Southern California. Saw a lot of Tundras and Rams and the like.

I suggest to you that there is nothing abnormal about driving around the United States in the pursuit of happiness. We are not abnormal for contemplating and pursuing such a thing. Rather, it is the deliberate housecats, the mewling dullards who shiver with pleasure at each new circumscription of their liberties, the amateur commissars who are dull enough to believe that Fate happened to hand a precisely appropriate level of consumption and enjoyment to them, rather than to, say, a bricklayer in Karachi or a billionaire in Kiev—they are the abnormal ones. It is human to dream of wide open spaces from behind the bars of a cage, but who could have sympathy for the person who lives in freedom yet dreams of a more perfect confinement?

Certainly it is possible that someone will shortly invent a magic battery to lift electric vehicles up to the same utility, the same freedom, as the cars and trucks we now enjoy. But it is not certain. Far from it. The people who agitate and press for the elimination of the ICE, the activists who yearn for the day when no one can travel beyond the range of a thousand poisonous batteries in close and hot coupling? Their support for these restrictions is in no way contingent on the arrival of a magic battery, any more than Prohibition was contingent on the invention of palatable non-alcoholic beer.

I don’t want to live in a country where a quartet of kids can’t “touch the Arch” on a whim. I don’t have any interest in supporting a system that would deliberately curtail my freedom to travel. This is not a position for which I feel compelled to apologize. If you can create a world where battery cars are just as useful as normal ones, then maybe we’ll talk. Until then, as far as I’m concerned, you can take your EV mandates and stick them … well, do I have to sketch it out for you, with the help of a $12.99 souvenir metal sign? 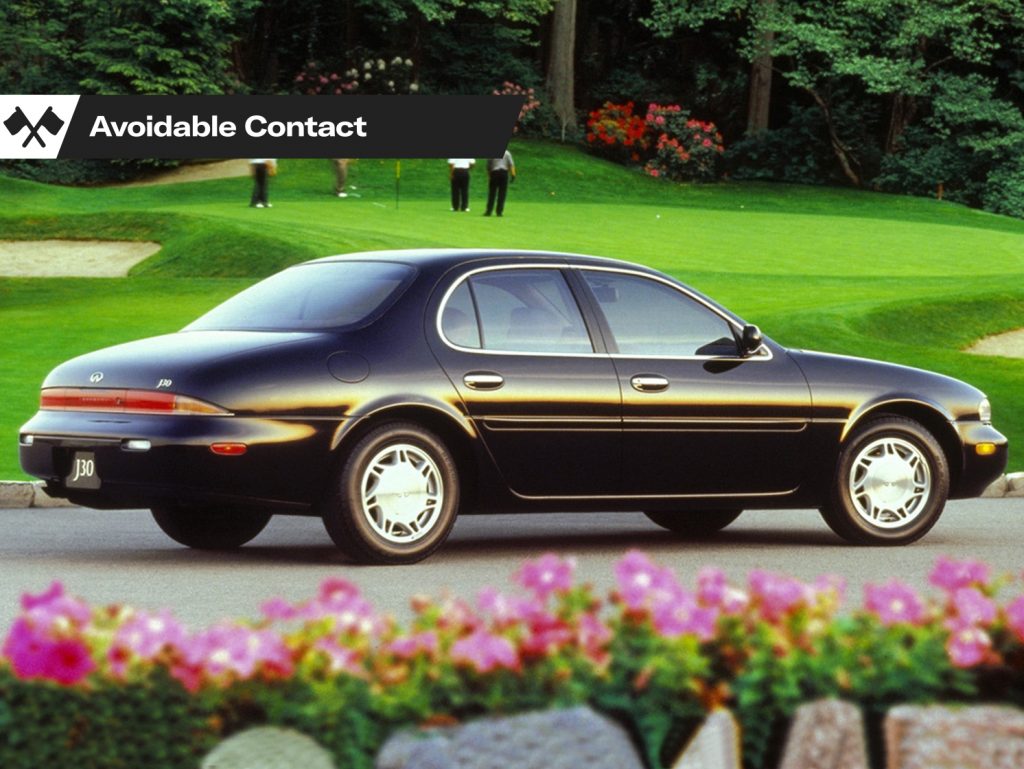 Opinion Leno: Staying out of the pool and in the driver’s seat
Jay Leno

Smithology Smithology: It was your dream, not mine
Sam Smith 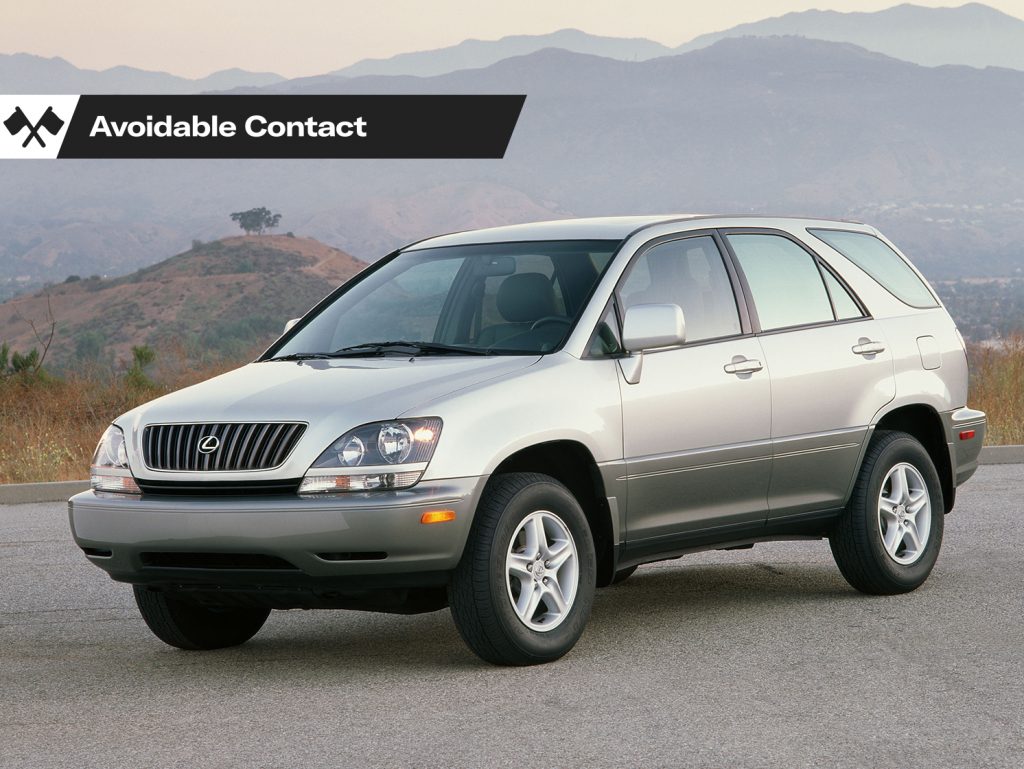