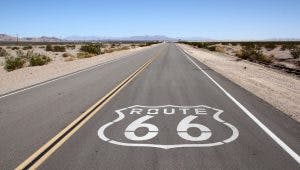 Route 66 has been commemorated about as much as any road can be. We’ve written songs about it and created shows that feature it. We write stories and make videos and build museums. Needless to say, The Mother Road is ingrained in America’s hearts, minds, and automotive history.

And plans have begun to officially commemorate it again.

According to SEMA, the U.S. Senate has unanimously passed legislation to create a commission that would recommend ways to commemorate the 100th anniversary of Route 66, which was commissioned in 1926 as the first all-paved U.S. highway. The “Route 66 Centennial Commission Act,” S. 1014, creates a 15-person commission with representatives appointed by the president of the United States based on recommendations from the Secretary of the U.S. Department of Transportation, U.S. House and Senate Republican and Democrat leaders, and the Governors of Illinois, Missouri, Kansas, Oklahoma, Texas, New Mexico, Arizona, and California.

The bill provides the commission with two years from the time that each member is appointed to make recommendations to Congress for celebrating the 100th anniversary of Route 66 in 2026. The commission may recommend the production of various written materials, films and documentaries, education programs, artistic works, commemorative memorabilia and celebrations to commemorate Route 66’s storied history.

A similar version of this bipartisan bill, H.R. 66, passed the U.S. House of Representatives in 2019 by a margin of 393–22. Because there are minor differences between the two bills, the next step will be for the House to take up S. 1014.