Intake: We didn’t get a new Dino, but Ferrari has resurrected the Daytona name as the latest to join the firm’s limited-run Icona series. The Daytona SP3 is a tribute to the 1967 24 Hours of Daytona, where Ferrari came in first, second, and third with the 330 P3/4, a 330 P4, and a 412 P.  Its carbon fiber bodywork is inspired by the profile of the aforementioned race cars and other illustrious competitors from Maranello’s stable of thoroughbreds. In particular, the “double crested” front wings will be familiar to fans of the 512 S, 712 Can-Am, and the 312 P, while the rear is reminiscent of the 330 P4. The butterfly doors and targa roof are unique to the Daytona. Inside, the seats are hard-mounted to the chassis and the pedal box adjusts instead. The Daytona comes with the naturally-aspirated 6.5-liter V-12 from the 812 Competitzione with tweaks to the intake and exhaust to turn out 840 horsepower, making it the most powerful internal combustion engine ever fitted to a Ferrari road car. The Daytona the engine is mounted amidships where it’s mated to a seven-speed transmission that’s been reprogrammed for even more rapid shifts. The results are predictably bonkers: 0-62 mph is dispatched in just 2.85 seconds, 0-120 mph takes 7.4 seconds, and the Daytona’s top speed (on a suitably banked circuit) is 211 mph. Ferrari is set to make 599 examples priced at €2 million ($2.25M) each. As is Ferrari’s way, priority will go to customers who already own an Icona model, either the Monza SP1 or SP2.

Exhaust: If Lamborghini can reincarnate the Countach, then why shouldn’t Ferrari bring back one of the most storied names from its past? With a whole new architecture and more power than ever, this collector’s edition is indeed rather special. Enjoy the upcoming YouTube videos while you can, as these cars will probably be locked away in private collection, traded back and forth, but rarely driven.

What will Shelby American reveal on December 15?

Intake: Shelby American is planning to reveal … something on December 15. Via a teaser post on Facebook, the Las-Vegas-based tuner tossed out an image of a Mustang-shaped vehicle shrouded in a silk cover, with the words “December 15, 2021….something special will be unveiled….” The silhouette perfectly matches the current S550-generation Mustang, so unless we’re being misled, expect this to be some kind of performance-pumped pony.

Exhaust: Problem is, the GT350 and the GT500 already exist. The comments on the image include speculation ranging from a new GT500KR to the return of the Shelby S1000. Some commenters are even speculating that this might be a Shelby-tuned Bronco. (A Ford Authority post recently noted that the 2022 model year Bronco is slated to begin production on December 15 of this year.) Whatever it is, we won’t have long to wait to find out.

Intake: Honda recently released the Navi, a small commuter machine that blends the line between the mini-motorcycle Grom and scooter-ish Ruckus. To highlight the custom potential of the new platform, Honda partnered with Steady Garage and MNNTHBX. Each outfit was given early access to the model and tasked with building the $1807 machines into something wild.

Exhaust: Look around your favorite social media platform for custom motorcycles and you will have no trouble finding a plethora of small Hondas. The Navi fills an odd niche, featuring an automatic transmission like the Ruckus, while having the larger 110cc four-stroke like a Grom. This means it requires a license but is still perceived as less playful than than the human-shifted Grom. These two custom interpretations demonstrate that the Navi can certainly look cool, but we are anxious to see if this new arrival is more than just basic two-wheel transportation for racers around a paddock.

Intake: “This happens to be one of the fastest production cars on the planet. Zero to sixty in four seconds, sweetie. It’s a limited edition.” So says Will Smith’s Mike Lowrey when he describes his jet black Porsche 964 Turbo in the 1995 blockbuster Bad Boys. Now’s your chance to become a Bad Boy or Girl yourself, because the car is coming up for auction at Mecum in January. One of less than 350 built for the U.S. market, it was among the last of the rear-drive 911 Turbos before Porsche switched to all-wheel-drive for its most powerful 911s. The car was originally owned by director Michael Bay, has been seen on the red carpet at the premiere of 2020’s Bad Boys for Life, and comes with certificates of authenticity from Porsche and the movie, as well as the rear license plate BAD BYS1.

Exhaust: “Eighty thousand dollars for this car and you ain’t got no damn cup holder?” moaned Marcus Burnett (Martin Lawrence) in the movie. We suspect the next buyer will be paying rather more for the privilege of owning this star car by the time the auction ends.

Intake: Lincoln just revived the Zephyr nameplate for a new flagship sedan—but it’s bound for China, not the states. The all-new Zephyr is locally-made in China and caters to the Chinese market. A 2.0-liter gas powertrain (probably a turbocharged four-cylinder in accordance with Chinese taxes on engine displacement) with an 8-speed automatic is standard. Somewhat surprisingly, there’s no mention of an electrified powertrain option. But there are a ton of great design details, from the low-key door handles, to the front light bar with an illuminated Lincoln emblem, to the 27-inch screen in the cabin.

Exhaust: Flagship sedans are a big thing in China, and Lincoln knows they have to compete in that space to remain relevant. While the Lincoln Continental was dead in America after 2020, it reportedly continued production for one more year in the Flat Rock, Michigan, assembly plant for export only—likely to China. And now we know why: Lincoln wanted some semblance of brand continuity as they ramped up design and production of this new Zephyr. Will Lincoln consider selling this Zephyr in America? The new flagship certainly features a lot of design language and features that Americans would love. There’s a chance, if the Zephyr ditches the gasoline powertrain for an electrifying powertrain more suited to Lincoln’s future corporate initiatives.

Intake: Ford has announced that it will scrap the electric vehicle that it was jointly developing with Rivian, according to a report from Automotive News. That co-developed EV was one of the pillars of a $500 million investment that Ford had made into Rivian back in April 2019. Now, Ford feels that it is sufficiently equipped to continue EV development on its own. “When you compare today with when we originally made that investment, so much has changed about our ability, about the brand’s direction in both cases, and now it’s more certain to us what we have to do,” said Ford CEO Jim Farley in an interview with AN. Ford will retain its 12 percent stake in Rivian, which has grown tenfold since the fledgling EV company’s November 12 IPO that saw it amass a higher market cap than any of the legacy automakers. Rivian’s stock is taking a bit of a hit today on the back of the news, down roughly 13 percent since the market opened this morning.

Exhaust: This isn’t the first time the two have shelved plans for a jointly developed EV. At the start of the COVID-19 pandemic, Lincoln announced that it would cease development of an EV that utilized Rivian’s skateboard platform. Don’t think of this as Ford somehow punishing Rivian for anything; the two remain closely connected. Farley told AN that the relationship between the two companies remains “some of the best cooperation we’ve had with another company.” It’s more likely that the directions in which each firm is headed no longer share a strong enough common thread for the co-developed EV to make business sense. 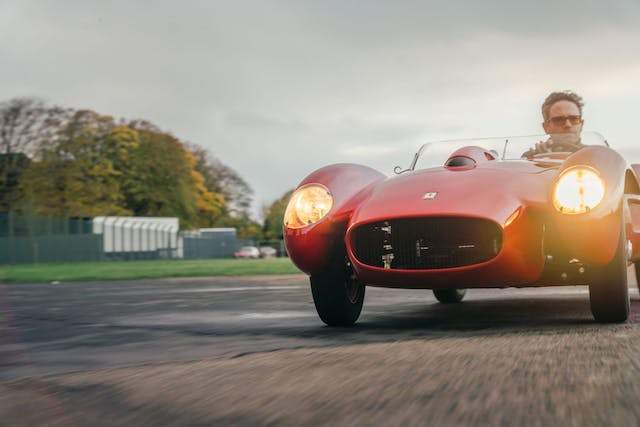 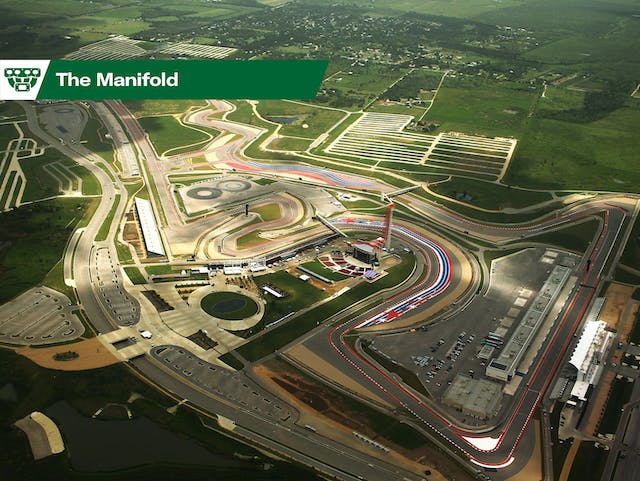