In advance of the Pebble Beach Concours d’Elegance, Mercedes-Benz unveiled its latest extortionate concept of the Maybach sub-brand, the Vision Mercedes-Maybach 6 Cabriolet. This two-seater is, in essence, a convertible version of the menacing, yacht-prowed, all-electric, rose gold-trimmed, Deco-inspired coupe that the brand displayed at a similar event last year.

But that closed two-door was a sanguine metallic red. This drop-top is similarly reflective, but slathered in a richly royal cobalt. We suspect that these color differences are meant to symbolize the twin, but symbiotic, poles of Mercedes’ current design template, which global design director Gorden Wagener has described as “Hot and Cool.” “Luxury is always a bit hotter, opulent, over the top, especially in over-exaggerated dream cars like this,” Wagener says. 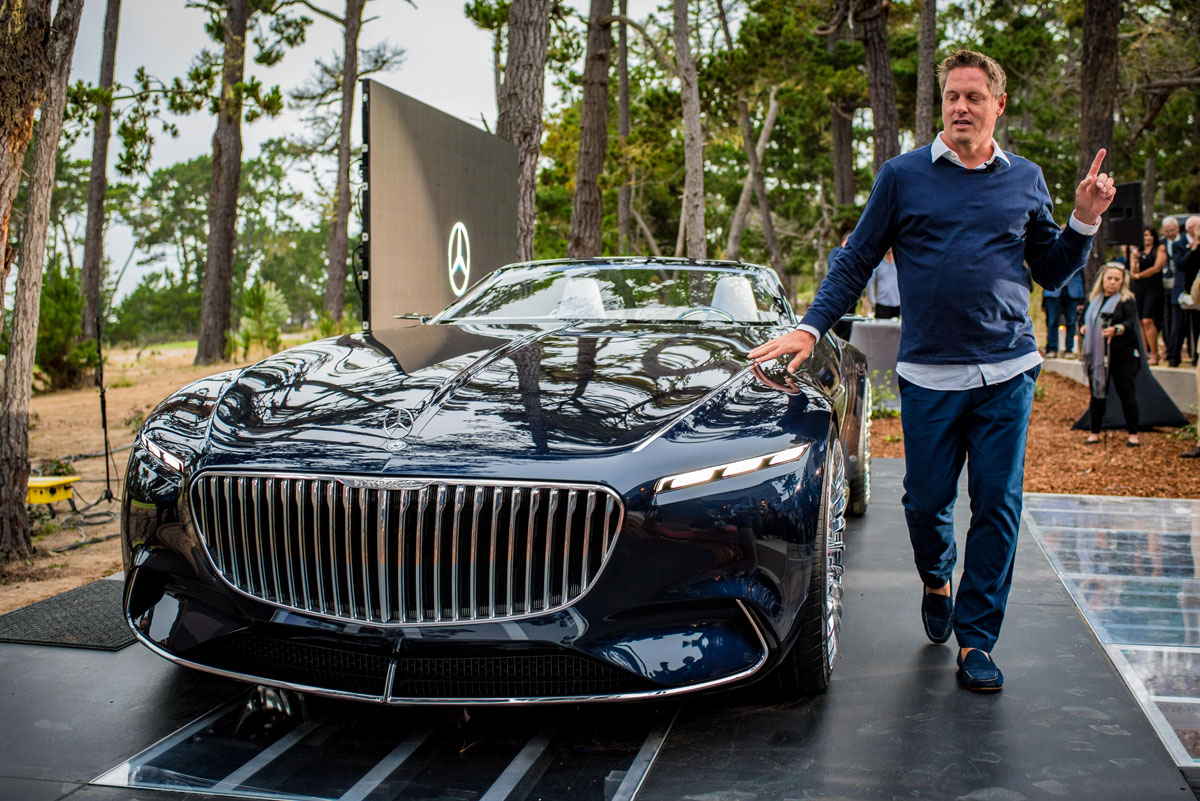 The division may be somewhat illusory when it comes to this pair of cars. Created as an alternative to ultra-luxury two-doors like the Rolls-Royce Dawn and Ghost (at least philosophically, as the Rolls-Royce cars are real, while the Maybach is only a concept), the category privileges vehicles that speak, often very loudly, to a consumer’s emotional side.

Whereas many people would ask “Why?” in response to a two-seat, six-meter-long convertible, the cars celebrated at Pebble Beach reply “Why not?” No one has any rational need for an impossibly imperious, mid-six-figure car with a tiny trunk and room for only two people—especially an all-electric one featuring an entirely empty hood with the dimensions of a California King mattress. But the tug of desire is tantamount with an occasion car like this. It makes a statement, and statement cars are what we remember years down the line. 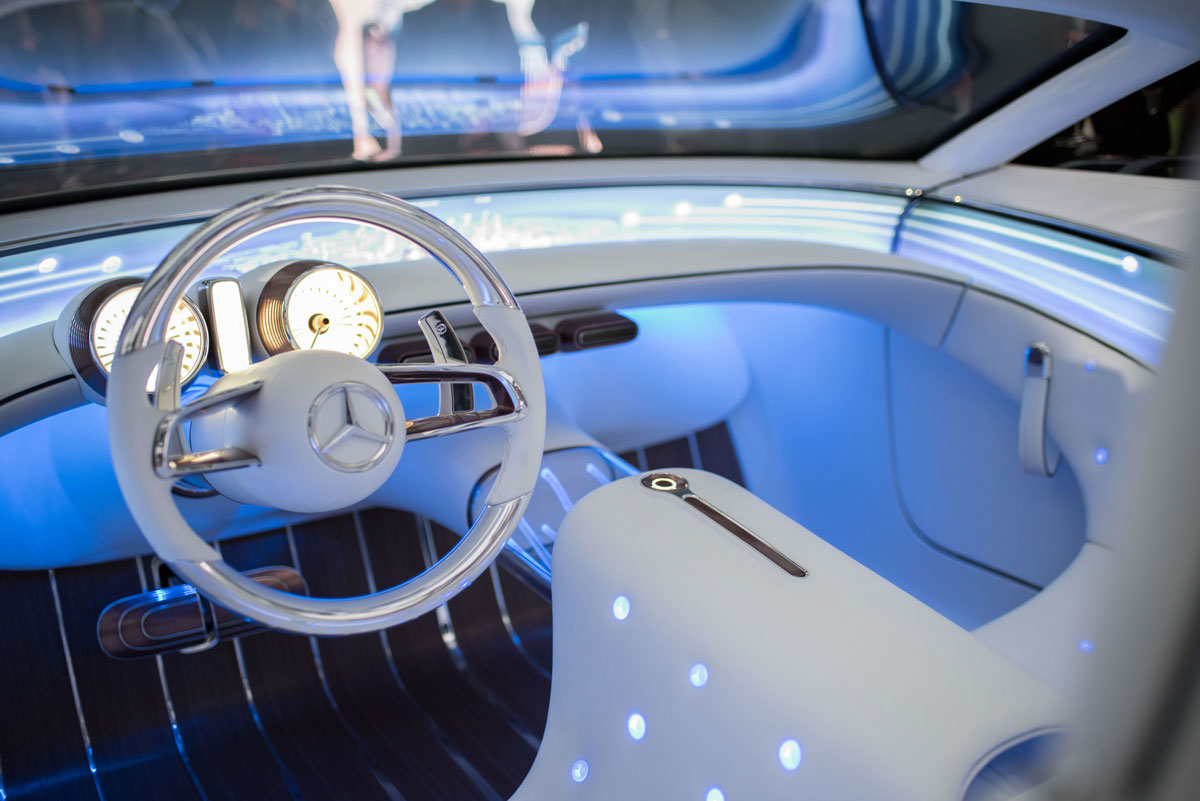 “It’s not so much rational, but intellectual,” Wagener says. “There is always a reason for doing things, even if that reason is only the pursuit of ultimate beauty.” Perhaps the rational is indeed irrelevant here. The Maybach sub-brand is meant as an ultimate showcase for Mercedes’ most opulent pleasures, as well as its thirteen-decade history of crafting class-leading automotive excellence. As the brand motto states, “The Best or Nothing.”

With vehicles like these, as with outrageous vehicles from the three-pointed star’s ultimate archive—like the low-slung and supercharged S-Types of the 1920s, the elegantly imperious W186 Adenauer cars of the 1950s, or the prodigious 600-series Limousines of the 1970s—it seems that part of the point is not only to craft a car that encapsulates the pinnacle technologies and capabilities of its time, but creates a apogeal design legacy for the future. “It is something every designer dreams of and it is one of the big reasons I joined Mercedes-Benz,” Wagener says. “We have done many cars that could be winners of the Pebble Beach Concours in 40 years. I’m. It that focused on a legacy, but like any artist, you enjoy it if there is a moment of applause.”

Of course, with technology rushing forward as quickly as it is, especially in the realms of tech and renewable energy power-trains and driver assistance, it is difficult to know exactly how much of a legacy a vehicle like this can have. (Consider the impossibility of reading a floppy disk today, and extrapolate from there, and you’ll have an indication of the projected difficulties in making a bricked LCD dashboard function in 50 years.) How does Mercedes work that in when considering its legacy? 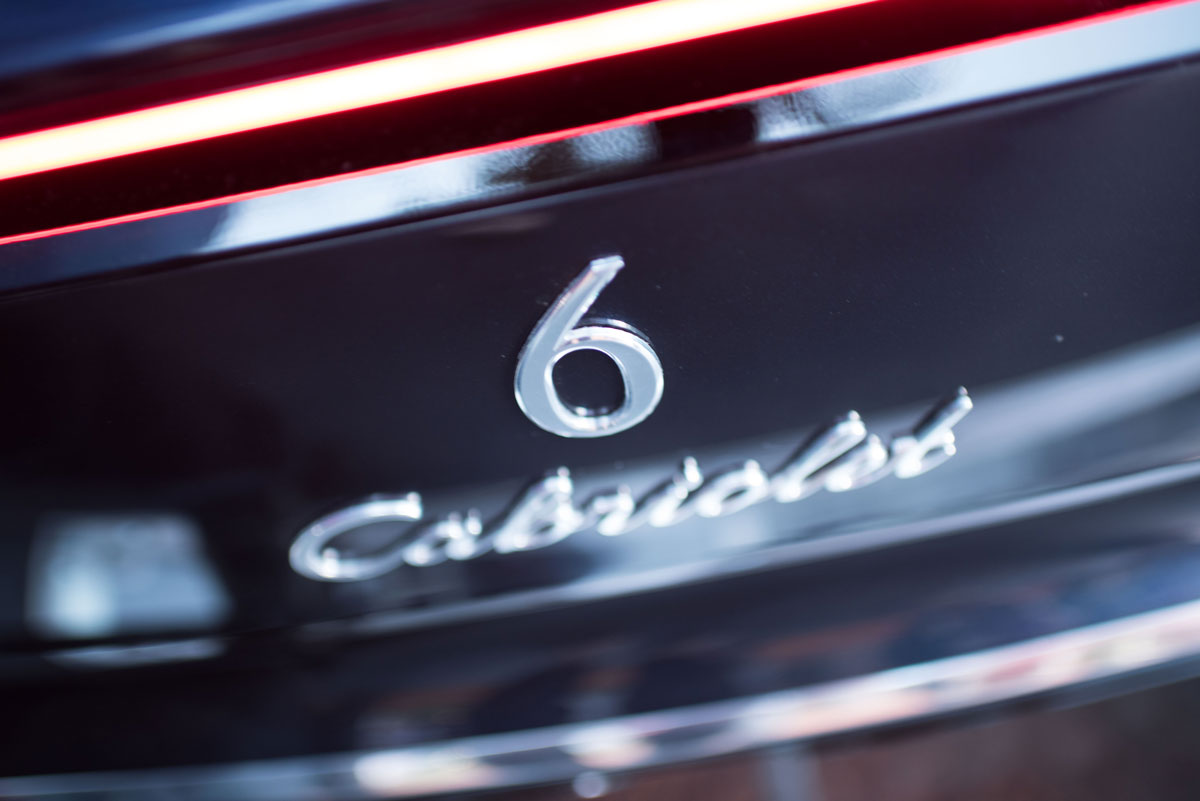 “I think it will happen soon, within the next 10 years that we will see major technological changes, and alternative powertrains and it’s great that this will happen. It should happen,” Wagener says. “But I also think that with everything heading in that direction, there will be people who will lust for an elemental, internal combustion vehicle–what we call Super Analog, just a high reviving engine and a manual transmission, and that very visceral feel. Ultimate luxury today is something lasting that keeps its value. Something that you want to hand down.”

Maintenance and Tech How Jeep made the Wrangler Rubicon 392, in nitty-gritty detail
Kamil Kaluski

News The Maggiore 308M is the restomod Ferrari for a Magnum P.I. reboot
Nik Berg