To ensure America’s automotive heritage would never be lost or forgotten, in 2009 Hagerty founded the Historic Vehicle Association (now Hagerty Drivers Foundation). The HDF helped launch the National Historic Vehicle Register to record and protect America’s automotive past and to date 32 vehicles are included. Instead of just reading about these significant automobiles, The Henry Ford in Dearborn, Michigan, is giving you a chance to see them in person. As part of a new partnership with the Hagerty Drivers Foundation National Historic Vehicle Register, a rotating selection from the Register’s prestigious group of automobiles will be part of a special pop-up display in the museum. The vehicles will change every six months, with the “Ferris Bueller Ferrari” up first.

To begin with, one of the most memorable cars from the 1980s turns out to not be a Ferrari at all. The Modena Spyder replica was used when writer-director John Hughes realized a genuine Ferrari 250 GT California was far too expensive to buy, or even rent. In 1985, after seeing a fiberglass replica of a 250 GT created by Modena Design & Development, Hughes commissioned the company to build him three examples for his upcoming movie, Ferris Bueller’s Day Off. He leased a complete car and then purchased an additional, partially complete car, plus a rolling shell. The 1985 Modena Spyder California that is documented on the National Historic Vehicle Register, and now on display at the Henry Ford Museum of American Innovation, is the fully complete car that was leased for use in the movie. 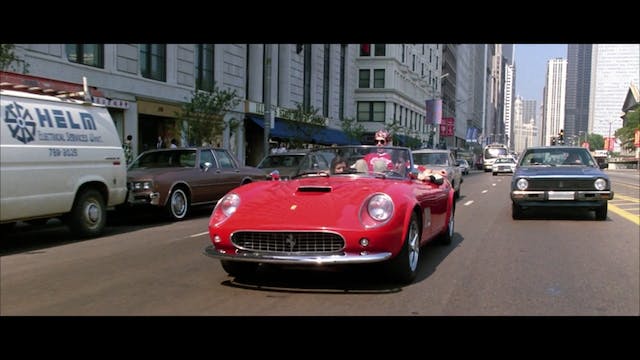 It was the “hero car”, used for any of the driving scenes or wide shots where the entire vehicle is visible. The partially completed car was used for interior shots of the actors in the car, and I think we all know the scene the rolling shell was used for… when the car is launched out the window. 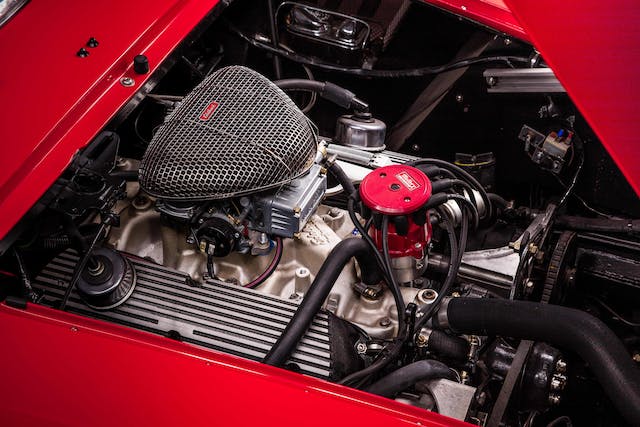 Instead of a Ferrari V12, the Modena Spyder is powered by a Ford V8 originally from a 1974 Ford Torino, but has since been rebuilt and de-smogged. The transmission lever on the floor is not a real manual, but rather to shift the automatic into gear because Matthew Broderick (Ferris) was unable to drive stick. Other unique components to this replica include a windshield from a Fiat 124 Spider, taillights from a Volkswagen Type 3, a Jaguar E-Type speedometer, front bumper and trunk lid off an MG MGB, and a rear bumper from a Volkswagen Karmann-Ghia. Despite its parts bin start to life, the Modena Spyder somehow turned into Cameron’s father’s prized beautiful and iconic “1961 Ferrari 250 GT California” we love from the movie. 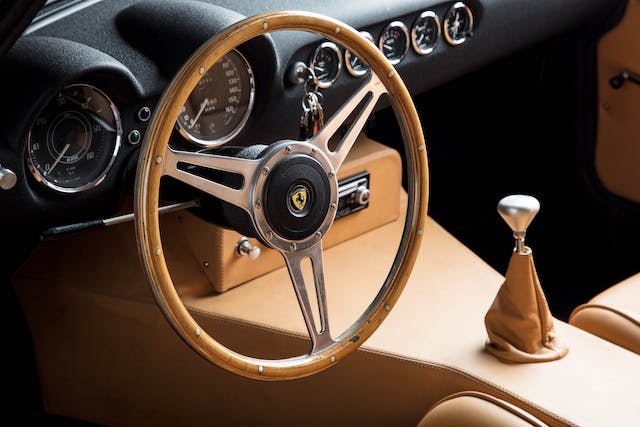 Surprisingly, this is actually the same car that was used in the memorable “jump scene” where two valet drivers launch the car through the air. Paramount returned the car to Modena Design & Development at the end of filming with the exhaust crushed and cracks in the body. There was quite a bit of superficial damage, but overall it held up well. The car was rebuilt and sold to a couple that used it as their daily driver for years. In 2010 the Spyder was fully stored to its movie specifications. 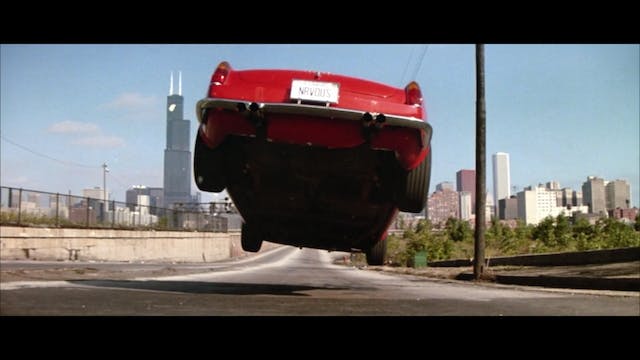 The National Historic Vehicle Register follows the model of preservation work and legislation that has existed at the federal level for significant buildings, bridges, and airplanes, but never cars. Hagerty Drivers Foundation Vice President Diane Parker shared why they initiated a collaboration with the U.S. Department of the Interior to include automobiles. “Over a century ago the invention of the automobile transformed society by making it possible to traverse greater distances. Through technological and engineering change and advancements, its historical influence on society is undeniable. The one thing that hasn’t changed is this: the automobile remains a symbol of our independence and personal freedom.” The Modena Spyder was inducted into the National Historic Vehicle Register of the Library of Congress in March of 2018 for its association to an important person and events in American history and culture, as well as becoming the tangible embodiment of the classic film’s enormous popularity within American pop culture. Diane added, “The purpose of the National Historic Vehicle Register is to document the important history of the automobile but more importantly, it captures the human-interest stories behind the horsepower.” 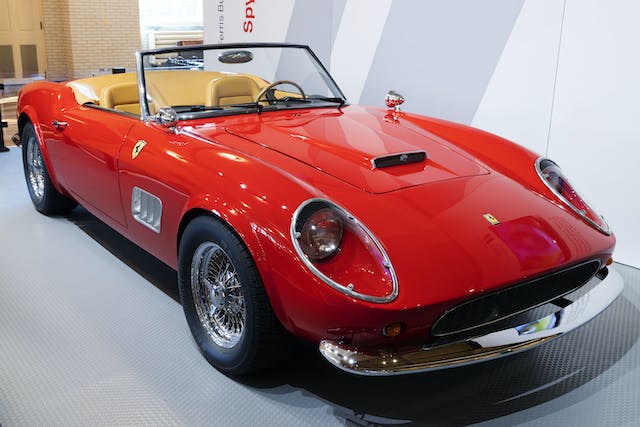 Be sure to visit the museum in the next 6 months to see this special car that taught so many of us that driving in reverse does NOT actually remove miles from the odometer.

The 1985 Modena Spyder California is among 32 automobiles commemorated and documented with photographs, line-drawings, and history of the vehicle archived in the Library of Congress. Ms. Parker added, “We are delighted to partner with The Henry Ford to bring visitors the opportunity to see, learn and experience the vehicles on the National Historic Vehicle Register. They will have a different car from the registry on display every six months.” 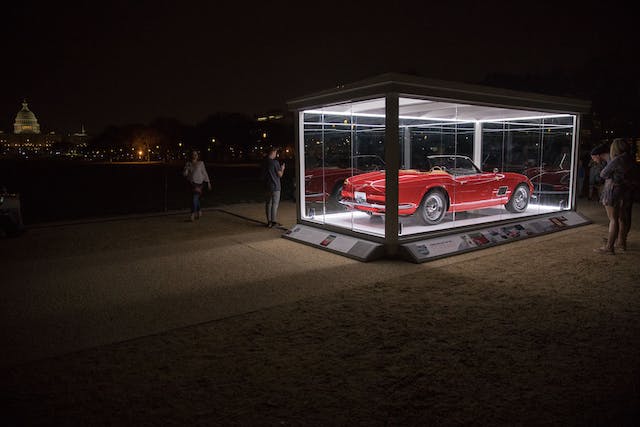 This special display is included with admission to Henry Ford Museum of American Innovation in Dearborn, Michigan. The Henry Ford features the most comprehensive collection anywhere focusing on innovation, ingenuity, and resourcefulness in America. Its unique venues also includes Greenfield Village, an 80-acre outdoor living history museum where you can ride in a Model T Ford to see the actual lab where Thomas Edison worked on the light bulb and the very workshop where the Wright Brothers developed the first plane. For more information and updates on hours, and tickets visit thf.org. 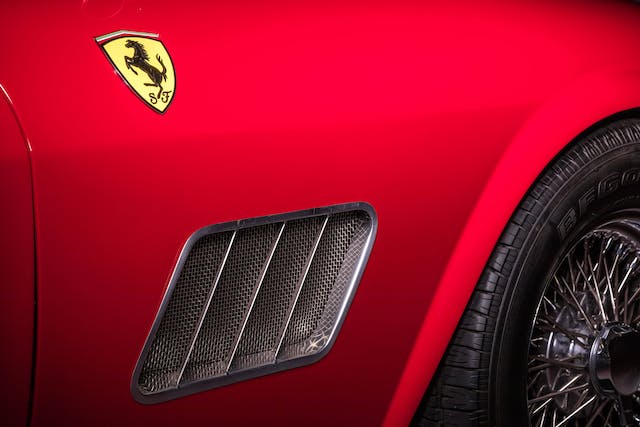 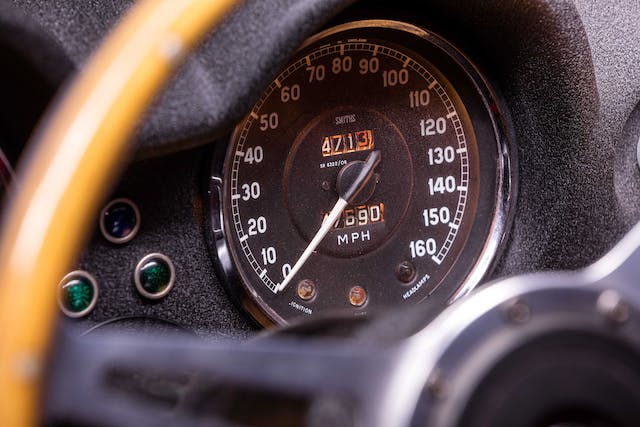 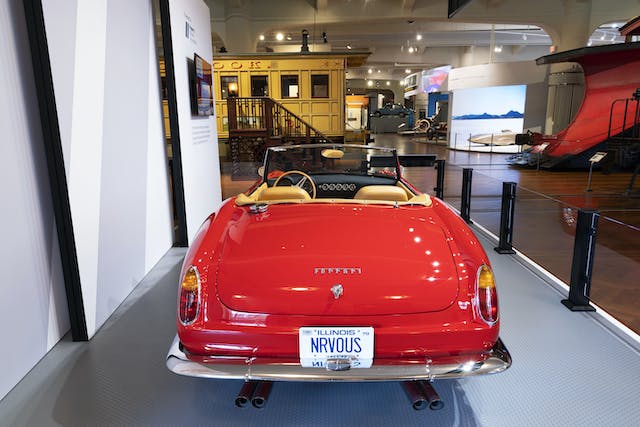 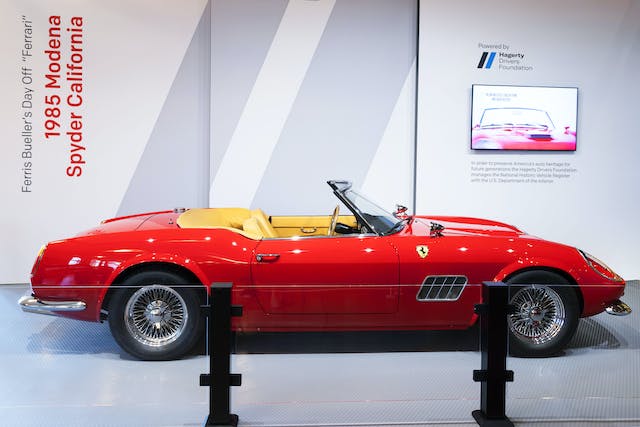 Get an insurance quote
A Story About
Leave comment
Read next Up next: How I raced in SCCA Runoffs on a college budget