The Corvette-based Genovation GXE is an 800-hp, all-electric vision of the future

In 18 months, Andrew Saul, CEO of Genovation Cars, intends to start building what he touts as the world’s fastest and most entertaining battery-electric automobile. Now that we’ve enjoyed a few miles at the wheel and the chance to abuse the $750,000 GXE’s accelerator, we believe this tuner is to electrons what Reeves Callaway, John Hennessey, and Ken Lingenfelter are to internal combustion. Trust us: the GXE’s middle initial (X, for extreme) doesn’t lie.

After fiddling with a Ford Focus electric conversion and one ground-up green machine a decade ago, Saul, 54, switched gears in 2011 to concentrate on electrified Corvettes. Starting with a bare C7-generation Corvette aluminum frame rescued from the recycle bin, this Rockville, Maryland, self-funded entrepreneur has purchased, stripped, and re-powered several Corvettes to make them quicker, faster, and more thought provoking. Proving his effort is dead serious, Saul and his team have made a dozen treks to the Johnny Bohmer Proving Grounds (formerly NASA’s shuttle landing facility), in Merritt Island, Florida, to study the aerodynamics, stability, and cooling performance of these modified Vettes at speed.

Under the hood of what began as a 2018 Corvette Grand Sport, every trace of internal combustion is gone. Beneath a carbon-fiber top panel there’s a lithium-ion battery pack (one of five), as well as a pair of 400-hp electric motors snuggled tightly between two DC-to-AC power inverters. On the driver’s side, two vacuum pumps supply the power brake booster, while on the passenger side three pumps circulate water and antifreeze through four elaborate cooling loops.

More than 4900 Samsung lithium-ion battery cells (18650 cylindrical format) are packed inside five aluminum containers manufactured by Saul’s collaborator, Hybrid Design Services of Troy, Michigan. A tube circulating coolant is in contact with every cell. In addition to the battery pack under the hood, there’s one in the Corvette’s center tunnel, two where the fuel tank once lived, a fifth in the cargo area. Today’s battery capacity is 53.4 kWhr (versus 100 kWhr in a Tesla Model S) with 61.6 kWhr planned for the near future. While the claimed driving range is 175 miles, installing batteries with greater energy density (albeit less power) can double that figure, according to Saul. Rinehart Motion Systems, an Oregon firm purchased by BorgWarner, manufactured the power inverters. Stafl Systems, located in San Francisco, created the GXE’s battery controller software.

The AC permanent magnet induction motors manufactured by AM Racing (now owned by Borg-Warner) were originally developed for racing motorcycles. Joined together in a pancake arrangement, these motors can spin to 10,000 rpm to deliver 800 combined hp and 720 lb-ft of torque, though revs are limited to 7000 rpm out of consideration for the original Corvette driveline components that remain downstream. The motor pair bolts directly to the C7 Corvette’s original torque tube. Heat exchangers that are fed cool air via the factory scoops in the rear fenders cool the transmission and differential. In addition to the reprogrammed eight-speed automatic transmission in the GXE we drove, Genovation has also built and tested an electric Corvette equipped with a traditional clutch and seven-speed manual transmission. When production begins, customers will be able to choose the paddle-shifted automatic or a stick.

What impressed us most about Saul’s sorcery is how much of the Corvette’s original character is intact in spite of the wholesale alterations throughout the chassis and driveline. Steering response is crisp, as usual, and there’s little hint of body roll during maneuvers. The greatest change is to the soundtrack. Following the short push-button start-up ritual, the needles swing to life in total silence. There’s minimal whine and whir as you roll forth. Left to its own devices, the transmission obediently ascends to an appropriate cruising ratio. With no V-8 rumble or vibration, tire tread noise and wind ruffle dominate the sensory dialogue. NVH has all but left this building.

Michigan pavement heaves and surface flaws do bang through as usual, especially when Tr (Track) mode is dialed into by the chassis mode adjuster. But if the surface is smooth, this Corvette beckons toward long open-road trips between charging stops.

Though you don’t notice it through the driver’s seat, the GXE weighs a porky 4600 pounds. Saul has a laundry list of mods planned to trim that by 200 or more pounds: lighter carpeting and insulation, a 12-volt lithium-ion battery in place of the lead-acid version, carbon fiber versus aluminum for the battery enclosures, and other material substitutions. One reason he’s not particularly interested in the new C8 platform for his car is because he’s already achieved a fruitful 45/55 percent front/rear weight distribution. Nonetheless, Saul hopes to shift that balance a bit closer toward 50/50 while dropping the GXE’s center of gravity.

This is not to suggest he intends to reduce the quality of his presentation or the GXE’s entertainment value. A powerful Harman 10-speaker sound system will warn pedestrians a muted car is coming and regale occupants with a broad choice of sound tracks including stereo music, coordinated IC engine sounds, and amplified electric motor whine. A new dash-mounted touchscreen is twice as large as the factory C7 unit. Quality diamond-stitched leather with Alcantara accents embellish the seats, headrests, and the steering wheel. A two-post roll bar—unfortunately blocking the inside mirror’s view rearward—is standard equipment.

No less than 15 coats of paint—base, color, clear—in whatever color the customer deems is also included. Other exterior distinctions include new grille, hood, and fender vent designs, as well as a rear bumper fascia containing round taillamps. The front “fangs” and mirror supports are loaded with LED lights that report the batteries’ state of charge when prompted. While a front splitter is standard, a choice between a low-profile spoiler (better for top speed) and an active rear wing (preferred for hot lapping race tracks) will be offered.

In contrast to electric cars erected atop their batteries (the so-called skateboard platform), you drop into the GXE’s re-skinned bucket with your buns inches off the pavement. The instrument cluster is familiar looking, with a conventional tach and speedometer and the fuel gauge reprogrammed to indicate the battery’s state of charge.

To trigger the thrill ride, you leg the accelerator with criminal intent. The 13-inch-wide rear Michelin treads vaporize struggling to deliver thrust. The GXE’s tail yaws gently right as the car’s nose knocks a clean hole in still air. The forward lunge doesn’t wait for the tach needle to start its swing toward the 6500 rpm redline. Acceleration feels more like an elevator in free fall than any assembly-line Corvette. Saul has programed regen on the manual transmission to simulate downshifting a V-8 engine, and regen levels will be dialed into the automatic GXE based on feedback from Pobst and Levitas.

GXE production is slated to begin at the end of 2021. Saul hopes the cachet of the world’s fastest and best-handling electric car will prompt prosperous car enthusiasts to reach for their wallets. The anticipated price for this electric dynamo is $750,000, plus the donor coupe or convertible C7 Corvette of your choice. Genovation’s conversion partners will need a couple of months to tailor each of the planned 75 GXEs to suit finicky expectations. (Consider anything within reason except, perhaps, loading in four AC motors.) Given the numerous two-seat hypercars already on the market with price tags topping $1 million, Genovation’s GXE celebrates a longstanding Corvette virtue: good old fashioned, all-American value. 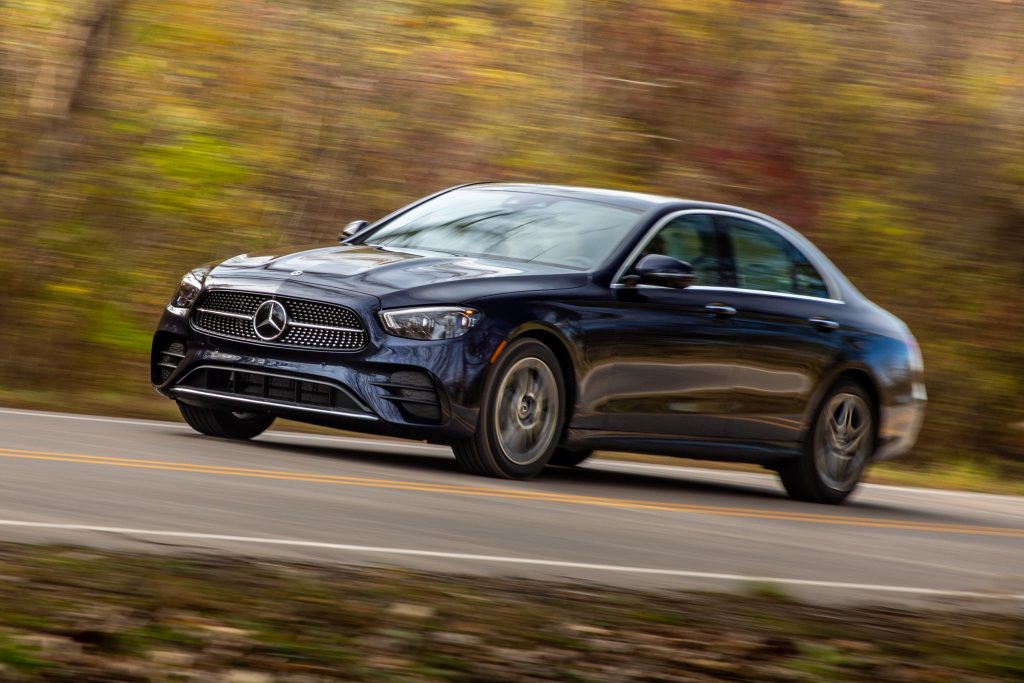 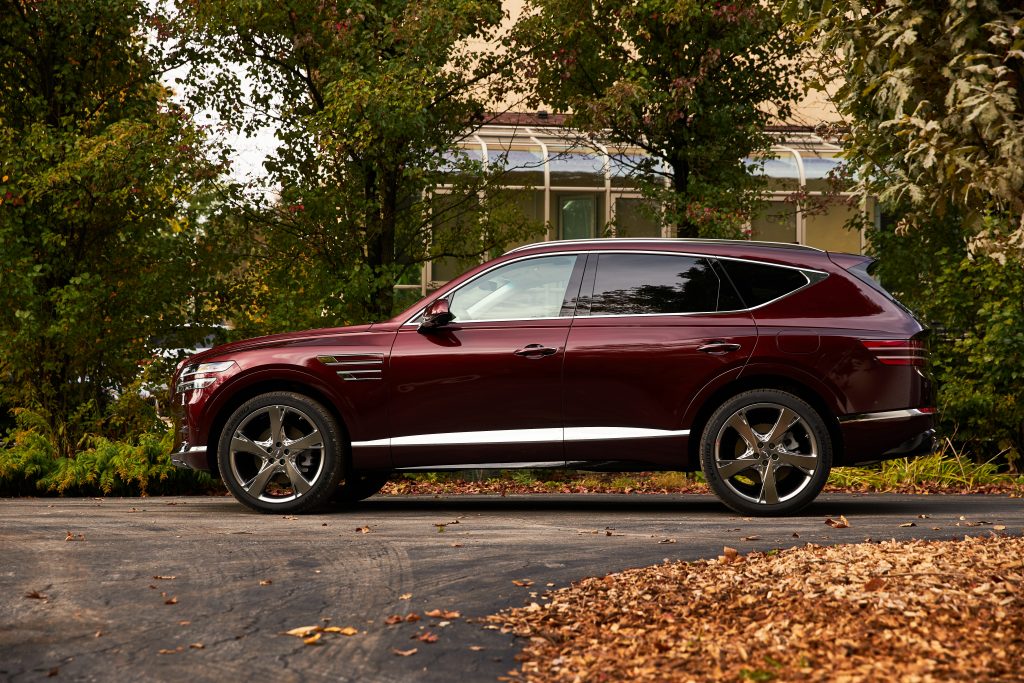