Full disclosure: the Fast and Furious movies did little to shape my taste in cars. I never had Supra posters on my wall during my formative years, nor did I ever long to own a BMW. So when BMW and Toyota collaborated to develop the GR Supra that debuted in mid-2019, I was neither fuming in indignation nor fawning over the result. For what it’s worth, my initial opinion was that newest Supra was a bit overwrought, a kind of front-engine Alfa Romeo 4C with over-exaggerated curves. Now that I’ve driven the four- and six-cylinder models on winding California mountain roads, however, I’m more than willing to admit that the Supra drives a lot better than it looks. Regardless of the hype, this is a sports car through and through, no matter the badge.

Toyota’s reintroduction of the Supra for 2020 came with plenty of fanfare, along with a hearty helping of teeth-gnashing from 2JZ-loving traditionalists that were incensed that Toyota’s new flagship coupe would not only use a BMW engine, but also a BMW platform. The GR (Gazoo Racing) Supra, along with the BMW Z4 roadster with which it shares a platform, is assembled in a Magna Steyr plant in Austria. BMW’s fingerprints can be found all over the hardtop, two-seat Toyota, from the Z4-matching wheelbase to their shared suspension components. It’s particularly apparent under the hood, where we spotted no fewer than four references to Bayerische Motoren Werke, including roundels stamped right alongside the VIN.

Aside from Toyota purists being insulted at BMW’s hearty contribution to the Supra was the fact that Toyota’s flagship coupe would have to settle for the 335-horsepower version of BMW’s B58B30 inline-six turbo engine, while the Z4 M40i got the full-zoot, 382-hp version. That changes for 2021, with every 3.0 Supra getting the full-strength engine.

Toyota offered me the opportunity to drive a 2021 Supra and its new 382-horsepower turbocharged 3.0-liter back-to-back with the newcomer to the 2021 Supra lineup, the 2.0. It uses a 255-horsepower turbocharged 2.0-liter four-cylinder, same as the base Z4 S30i. Both Supras I drove came with an eight-speed automatic, the only transmission available in the Supra and Z4. The 2.0 and 3.0 Supras were pre-production models and, as such, did not come with a full Monroney sticker and official MSRP. We do know, however, that for 2021 the 3.0 base price will climb a bit to $51,945, and the 3.0 Premium, such as the example featured here, will start at $55,445. The four-cylinder Supra 2.0 will start at $43,945.

From the outside, it’s a bit difficult to discern which Supra is which. The 3.0 brings larger, four-piston front brake calipers, but both cars feature dual exhaust and both wear Michelin Pilot Super Sport rubber, although the four-cylinder wears 18-inch wheels rather than the 3.0-liter’s 19-inch set. There’s no difference in the sheet metal though, as both wide hoods are unadorned by scoops, just a pair of faux vents highlighting the wheel arch. The low, double-bubble roofline of the GR is accentuated by a tall cowl and hood, likely byproducts of pedestrian safety standards and a long, DOHC engine. Thankfully the prominent schnoz of the various concepts that previewed the GR Supra was toned down significantly. The flared hips did make it to production, and they seem to be a “love it or hate it” proposition.

Inside the cabin, the Supra takes a decidedly more subdued approach. Fellow Hagerty editor Aaron Robinson wasn’t a big fan of the chunky Toyota steering wheel, but it didn’t bother me. I rather approve of the understated black-on-black look overall. As expected, it’s made up of soft-touch materials and the requisite exposed stitching on the dash, but the materials and design suit the car nicely. It’s no-nonsense, elegant in its simplicity. True, there is a prominent digital screen that protrudes from the dash, but otherwise it has plenty of the minimalist style of an early ‘80s Supra. The Supra’s footwell was wide enough to be comfortable and the “large knee-support cushions,” as Toyota put it, are standard across the Supra lineup.

Storage, however, is a problem. There’s no center console compartment, just two cup holders. The cargo area is also rather small, at 10.2 cubic feet. That’s still enough room for weekend luggage for two, but not much else.

Similarly, the Supra is a bit too cramped for my liking. At six-feet-three-inches tall, for me there are quite a few sports cars that are simply out of the question, and the Supra’s seat bolsters were squeezing my sides rather uncomfortably. The roof, while offering plenty of head room thanks to its double-bubble design (a boon for helmet-wearers on a track), dips to meet the short windows, and rear visibility is hampered by the narrow rear glass and sizable C-pillars.

In that regard—as well as its seemingly unnecessarily narrow cargo opening—the Supra reminded me of the sixth-generation Camaro. And like the Camaro, all of its ergonomic and visibility issues evaporated into irrelevance after less than 30 minutes behind the wheel. Once I started really driving, all my frustrations with this sports car’s cabin seemed a lot less significant.

I took the 3.0-liter Supra to a well-known road in the western end of the Angeles National Forest. Reminded of the speed limit by the head-up display, I pointed the GR up Little Tujunga Canyon and was rewarded by amazing grip from the chassis and its Pilot Super Sport tires. One tap on the center-console-mounted “Sport” button firms the steering a bit and frees the exhaust as well. The BMW turbo-six pulls hard, and in Sport mode has an assertive exhaust note that’s not obnoxious. There are no spits or pops, just the slightest hint of turbo noise. Toyota claims 0-60 in 3.9 seconds and it feels every bit that quick. When the Supra is in its default driving mode, the exhaust is civilized and the transmission shifts earlier in the rev range.

For the 2.0-liter Supra, which is 219 pounds lighter while retaining the same near-50-50 weight distribution as the big gun, I opted for a tighter ribbon of pavement along the coast. The four-cylinder is overall more subdued, with Sport mode yielding a less perceptive adjustment to engine responsiveness and exhaust noise. The chassis balance and the grip, however, are still all there.

Both engines are eager to provide thrust coming out of a corner, regardless of drive mode. Add just a hint of throttle, even at 2000 rpm, and boom—torque. The four-cylinder makes its peak 295 lb-ft at 1550 rpm, and the torque curve is essentially flat all the way to 4400 rpm. The 3.0 churns out its max 368 lb-ft from 1800–5000 rpm. When in Sport mode, the transmission holds gears much longer, so the engine stays poised at the ready to give its all. The eight-speed transmission programming keeps downshifts smooth, without any aggressive jolts that could upset the car, or, just as importantly, your passenger.

Even with two-thirds the displacement, the Supra 2.0 is highly entertaining to whip around a twisty road. You can spend more time at full-throttle without running out of asphalt in the four-cylinder, but its flat torque curve means that, just like the six, powering out of a corner typically happens in gear, without the need for a downshift.

Overall, what’s most impressive is that the Suora’s suspension seems like a perfect compromise between firmness, balance, and comfortable compliance. Even L.A.’s terrible freeways with their abrupt transitions and mismatched expansion joints, the Supra soaked it all up with ease.

Learning to operate the infotainment system was easy, with buttons in the center console to land at the various audio and navigation functions. Redundant buttons and a scroll wheel on the steering wheel also allow the shuffling of audio input. Perhaps my favorite feature was the preset function which allows not only radio stations to be saved, but also particular navigation view settings.

It took all of about an hour for the Supra to win me over. It’s not going up on my wall in poster form, but I’ll also never turn down the opportunity to hustle one along a canyon road. The 3.0-liter is a great blend of grand touring car with remarkable handling and muscle car gusto. The four-cylinder, equally capable through the curves, could be the choice for autocross heroes and entry-model Z4 shoppers who want to save about $10,000 and not mess up their hair. 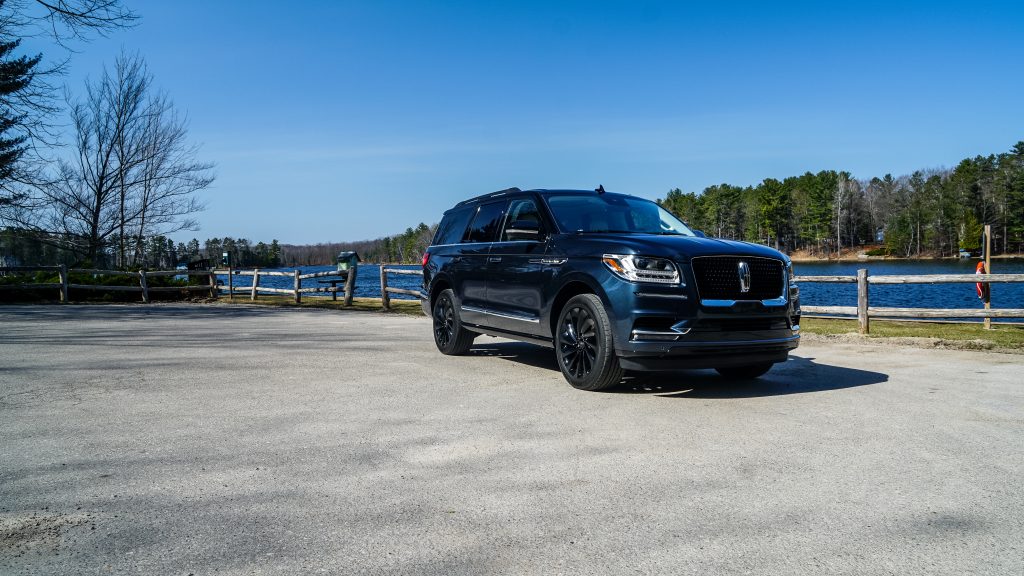 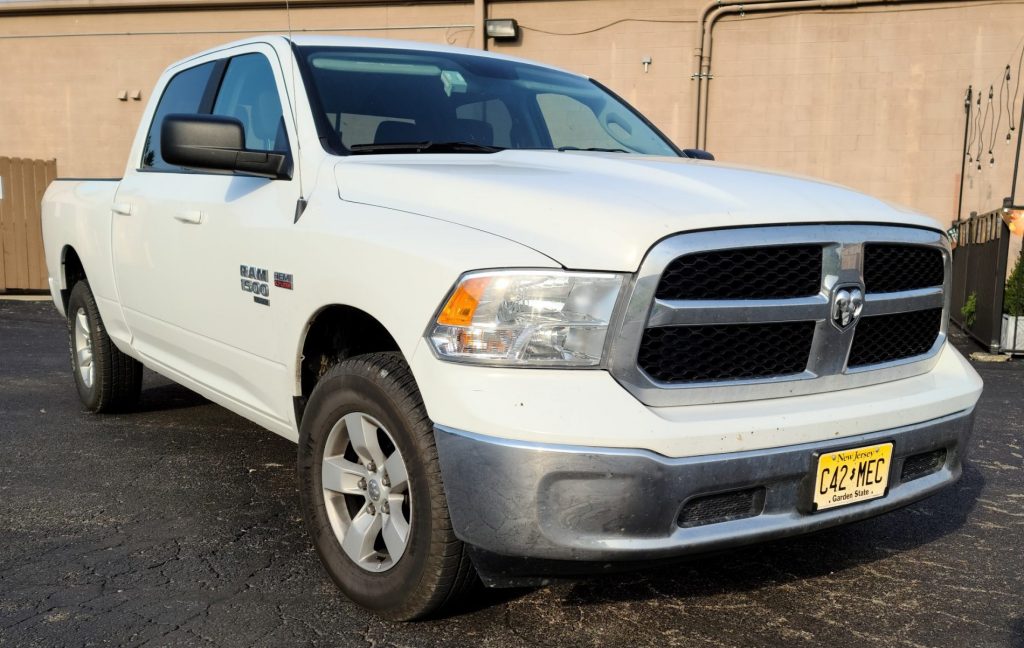 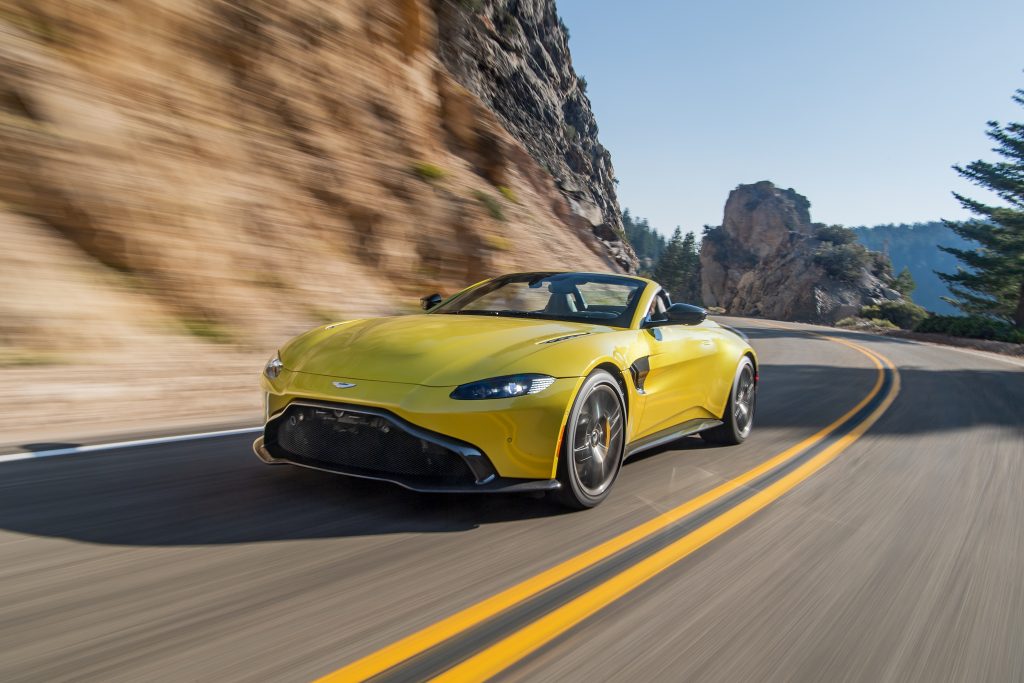 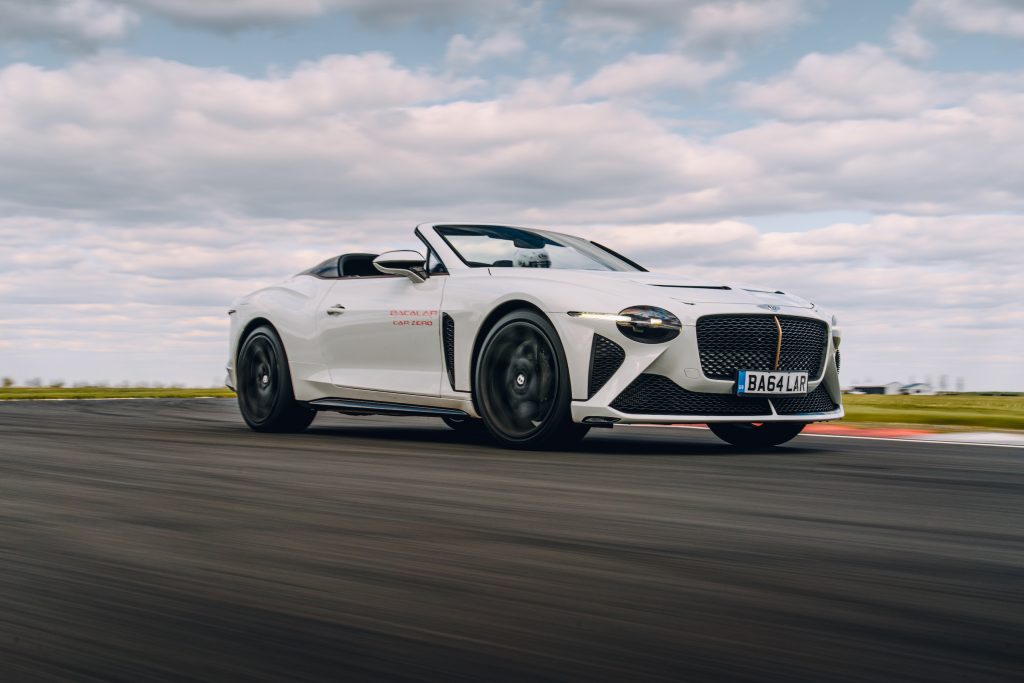 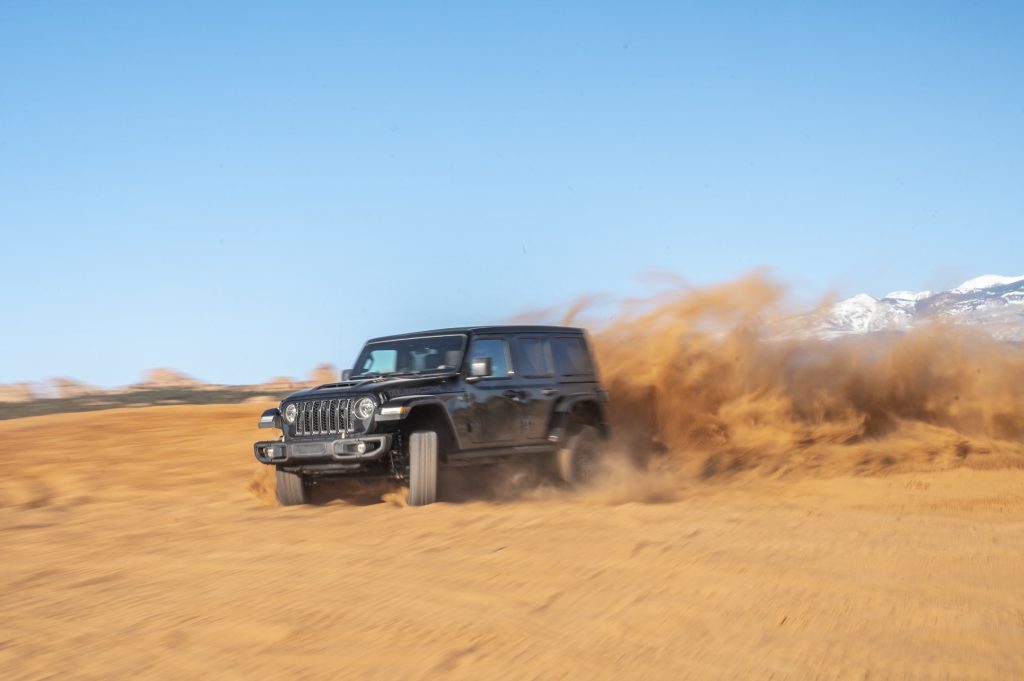 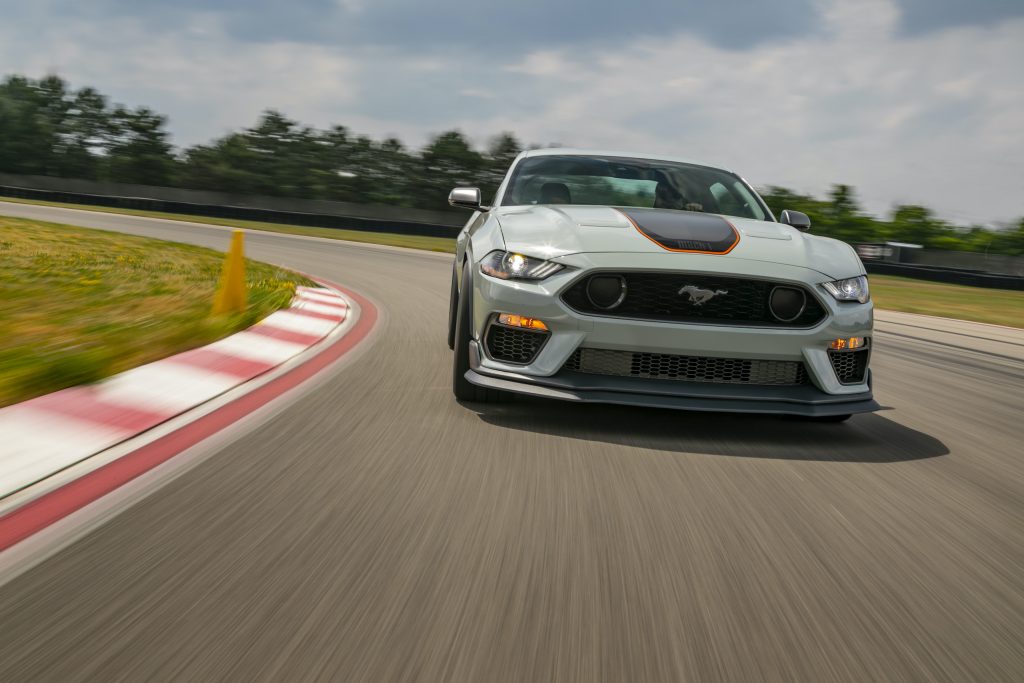