For two days a year, the usually sleepy summit of Mount Equinox in Vermont is transformed into a high-altitude target for vintage sports cars of every stripe. This year marked the 71st running of the historic event, and more than 30 Vintage Sports Car Club of America racers gathered at the starting line, 800 feet above sea level, for runs against the mountain and the clock.

Some early sports cars and rare specials were trailered to the hillclimb, and a few intrepid racers adhered to sports car tradition and drove from home to the race and back again after the last 5.2-mile, 41-turn climb to the 3848-foot peak.

Straight out of Abingdon: Plan MGB

George Pardee has raced the same MG-TF against the mountain for nearly 40 years, but after a high-performance equipment installation resulted in unforeseen engineering problems, he drove the family MGB from Florida to race up the hill. “We first ran here in 1980, and the MG-TF is what I normally drive,” Pardee said at the event last month. “I intended to be here with it this year, but I fixed it too well. I got a whole bunch of great go-fast parts that have all been on the car but never all at once. ‘All at once’ turned out to be a problem. Monday night at about 10 p.m., I realized it was time to give up on the TF and go to plan MGB!”

The 1980 MGB has been in Pardee’s family for 20 years and is his wife’s Florida daily driver. The roadster was among the last 400 MGBs that rolled out of Abingdon and shows about 177,000 miles on the odometer. Ironically, Pardee intended to return the MG-TF from its race-only setup to a roadworthy state so it would make the trip to Vermont on the road instead of in a trailer, but he ran out of time. He serviced the MGB on a Tuesday night in preparation for a 5:30 a.m. Wednesday departure and arrived at Mount Equinox on Friday at noon.

The 1980 MGB was allowed as a continuation car since the model was introduced in the early 1960s. It was still going strong after 1500 miles on public highways and a few flatout runs up the mountain (in under seven minutes), proving the oft-cited reputation for British car unreliability unfounded—for the time being. “I don’t want to tempt fate,” Pardee said, “but nothing’s gone wrong so far.”

Parked next to the MGB at the summit was an older British motorcar with a penchant for Italian style. It wasn’t the first time Andy Greenberg drove his 1963 Aston Martin DB4 GT from his Connecticut home to the race. Aston Martin only built 75 DB4 GTs, and Greenberg said his car is one of only a few factory lightweights produced. GT-spec DB4s were built on a shorter wheelbase, and the magnesium alloy body featured shorter doors and faired-in recessed headlamps. The previous owner raced the car at Monterey and at Speed Week in the Bahamas before Greenberg acquired it at auction about a decade ago.

The GT-spec 3.7-liter DOHC inline six-cylinder engine was factory equipped with three dual-throat Weber side draft DCOE carburetors, dual distributors, and a twin spark plug cylinder, good for over 330 horsepower. Save for some safety equipment upgrades, the lightweight road racer retains its factory stock configuration and has proven itself reliable. DB4 GTs were hand-built for maximum performance, and Greenberg carries on sports car tradition as Aston Martin intended. As races were held often on public roads, the car is driven now as it was then. “That’s what they did in those days,” Greenberg said.

On a more somber note was the news that longtime VSCCA racer John Schieffelin made it to the race, but his 1965 Volvo PV544 did not. Schieffelin set out with his Volvo for the usual 90-mile drive to the event and was on the home stretch when he smelled smoke. He pulled the Volvo over to the side of Vermont State Route 7, popped the hood, and emptied his fire extinguisher. Schieffelin grabbed what he could and watched as his beloved Volvo was engulfed in flames. The good news: Schieffelin emerged OK. Saying goodbye to a beloved car is never easy, so we’ve included a shot of Schieffelin and the Volvo from happier times at last year’s race.

If you’re interested in attending or participating in next year’s Mount Equinox Hillclimb, you can find information about the event and the Vintage Sports Cars Club of America here. 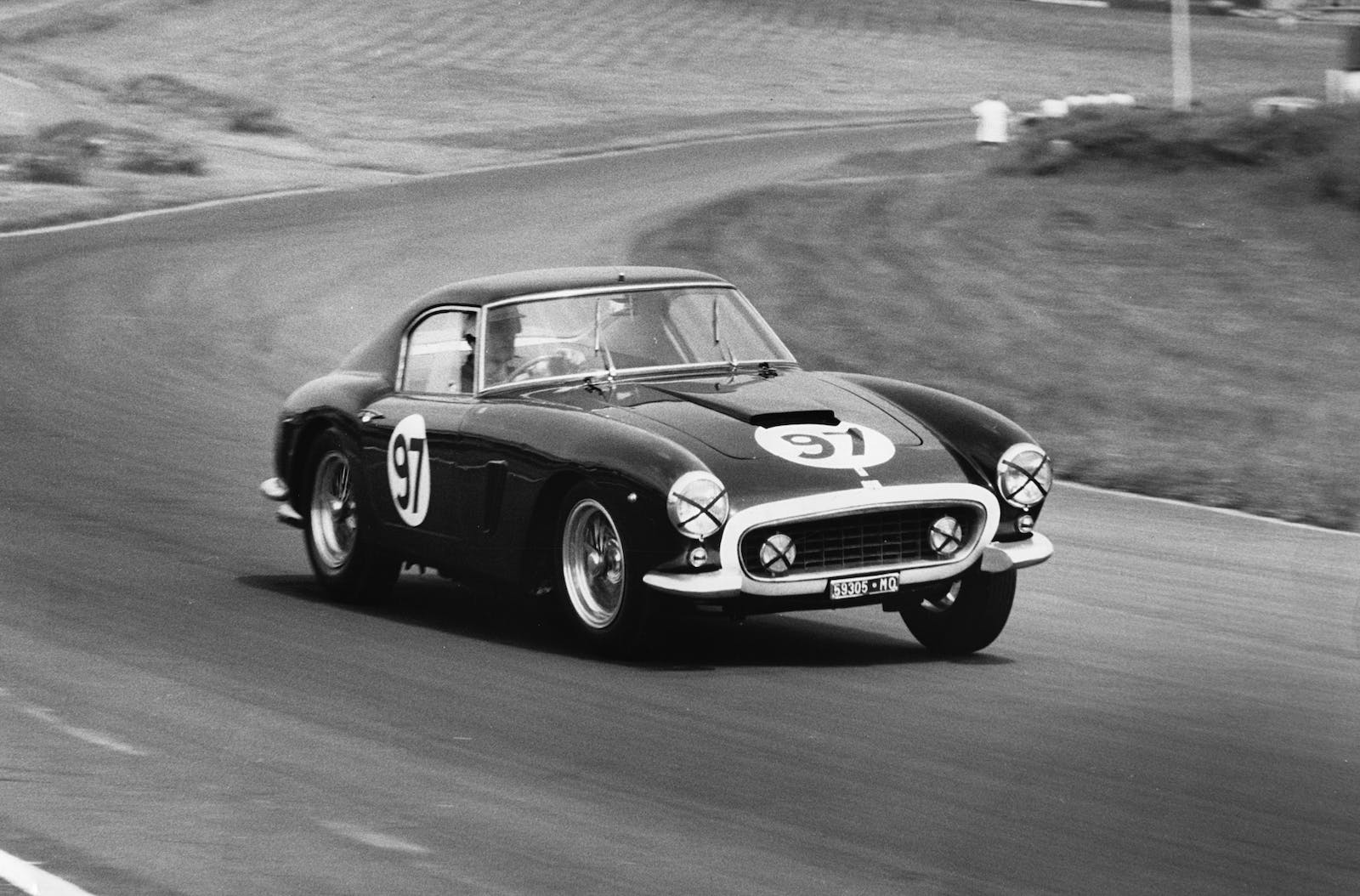 Get an insurance quote
A Story About
Share Leave comment
Read next Up next: 2000–03 Honda S2000 values have surpassed contemporary Boxsters and Z3s