“Unfortunately, while… a world leader in innovation… [they were] noticeably inept at making a profit.”

Once, long ago, a small Bolognese firm made snorty motorcycles of song and flourish. Those bikes were often lovely and desirable; in some cases, they were lovely and desirable but built like old cheese. Financial struggle, even then an Italian cliché, seemed to grow on trees. At times, the company seemed asleep, trapped in a long version of what the Italians call pisolino, an afternoon nap.

People bought the bikes anyway, for the same reason we buy anything flawed: They were glorious.

A wallop of midrange grunt… rock-solid stability… the bloom of spring… grappa and curvy lady parts… booming basso pipes. Ground always seemed to be covered in a low prowl, like a P-51 carrying drop tanks across the Channel. At speed, the brain thought grumbly thinks about Alpine passes while eyeing the land for espresso shops and stray vowels.

Disclosure: I am a sucker for this stuff. I also own an old motorcycle from these people. We will come back that. Also to the lady parts.

Ducati is still in Bologna, and the best Ducatis still feel fantastic, but it is not the same company. Ducati Motor Holding S.p.A. has built bikes of world-class quality since at least the 1990s; the firm has also been owned since 2012 by Lamborghini, which is itself owned by Audi, which is in turn owned by the Volkswagen Group. VW is probably the best steward the brand has ever had; the Germans have essentially kept dead all of Ducati’s traditional issues while giving the company just enough leeway to be something like itself. (Smith’s nutshell history of Germans Managing Non-German Stuff: Product decisions become ruthlessly logical. Sprezzatura maybe goes down a notch, but that’s better than red ink. And then, every so often, you get overwrought embarrassment, like Mini.)

And so we come to the 2022 Ducati Monster. At $12,000, this is an entry-level Ducati. Entry Ducatis are as SUVs are to Porsche—a hook into the brand, and the volume that keeps the lights on. The $9000, 73-hp Scrambler, the cheapest Ducati, is deeply retro and not for everybody; the Monster, more expensive and 38 hp stronger, aims a bit wider. The air-cooled Scrambler wears a steel-tube frame and a (lovely) old two-valve twin rooted in the 1970s; the Monster, unapologetically modern, boasts a water-cooled, 937-cc twin with four-valve heads. That mill is bolted to an aluminum twin-spar frame, a’la new superbikes, plumbing packed in tight.

There is heritage here, at least in the basics. The first Monster, launched in 1993, was also a V-twin, also a simple city bike with back-road chops. The history books go vaguely Soviet on how it got there—the bike’s designer, Miguel Galuzzi, claimed to have been sketching pared-down Ducatis for years, while the factory insists Galuzzi was tasked with that specific job by wise and clever management. Either way, the model was built to be nimble and low-cost. The frame came from Ducati’s slow-selling 851/888 superbike; the engine from the company’s 900 Supersport, detuned a little; and the nonadjustable suspension from the 750 SS, the 900’s smaller sibling. The name, il Mostro, referenced the Frankenstein blueprint.

The result wasn’t hugely fast, but nobody cared. Spec seemed to change weekly, hung on whatever factory components were in the glut that month, but nobody cared about that, either. The first Monster looked like hot hot trestle-bridge love and brought the good Ducati jazz—that spring bloom and lady-part-grappa—in a surprisingly affordable package. More than 350,000 Monsters have been built since 1993. The first-gen bike was such a raging success, it ran for 15 years.

For 2021, the Monster got a ground-up revamp and the most drastic styling change in the name’s history. Gone was the old-school steel trellis frame, a Ducati hallmark since the Seventies and Monster signature. That four-valve twin wears a six-speed manual and drinks from a 3.7-gallon tank. Nonadjustable Kayaba forks are paired with a nonadjustable Kayaba rear shock—budget pieces in Ducati terms, but they work well enough. Brakes are by Brembo, with radial front calipers and a radial front master cylinder. Cornering ABS, traction control, wheelie control, and launch control are all standard, no surprise on a bike of this blood and price.

This is a modern motorcycle, so it gives ride modes and a color display screen, no instruments. That display is clear but also cluttered, letters and numbers everywhere. The tach function, at least, can be configured to be easily read, with a prominent gear indicator. The small windshield—a part of our test bike’s “Monster +” package ($500)—looks like a bad wig and does squat to shush wind buffet.

Low mass is a selling point. Ducati says the ’22 Monster scales in at just 414 pounds wet. The previous model was a whopping 40 pounds heavier. Ten pounds of that loss came from the new frame, with another six shaved out of the engine. Ounces matter in motorcycles, and this one shouts it. The wide bars let you flick into and rise out of corners quickly but with charming effort. Rapid transitions feel like the bike wants you there—the front dampers can occasionally seem a little undervalved on rebound, but that’s nitpicking. Pushing the thing out of a parking spot is like moving a fat bicycle.

But a Ducati, you say! The engine! Tell us more!

The Testastretta twin is a known commodity, around in various iterations since the 998 superbike. It sounds thin and clattery here, geared tall but also aurally busy. Around town, with earplugs, the Monster recalls a Dispos-All eating a bag of forks. The stock pipes are almost painfully quiet, but that’s long been a Ducati trademark, for drive-by noise regulation.

The engine isn’t hugely smooth at low rpm and is less flexible than its displacement would suggest. The tall gearing is nice on the freeway but annoying on a tight back road, where the pistons seem to want other work. Intake honk is present in buckets, albeit mostly at high rpm. The seat is relatively comfortable for all-day riding, working with bars and pegs to give the classic Monster sense of riding the snout of a horse. That long-travel brake lever is easy to modulate. The stock quickshifter is fine when you’re carrying pace and only balky occasionally. Decisive shifting helps.

Some may not see the complaints as complaints. Certain tweaks are beloved by Ducati people and are basically mandatory in the space. If you buy this thing, you should almost definitely put on a larger rear sprocket and aftermarket pipes, and then the lord god of all that is motorbike holy might bless you and keep you, and the single set of V-twin footprints will be where the spirit of Taglioni carried the front wheel across the Apennines, the real friends are the Italian boompipes we bought along the way, amen?

On the subject of purchasing: My Ducati is a ’96 900 SS, the model that gave the Monster its engine. We have come far since. The Nineties Supersport was outdated when new—mostly early-Eighties tech—but also the first truly reliable and sorted Ducati. People bought them because they were evocative balls of soul and country, slower than Japanese multis but also just fast enough.

There were flaws. The castings on my bike are lumpy as a slice of Stilton. Melty machining marks smear across the heads. The frame welds are glorpy and dusted with spatter. No one would mistake any part of a Nineties SS for ordinary. You might mistake it for something built by a toddler. Whether this is charming depends on whether you like your relationships loud and vibrant or safe and quiet.

The new Monster is a more resolved machine in so many ways. And yet our ’22 test bike, in factory hands all its life, wore visible evidence of corrosion. Long beads of sealant burped from the case edges. Most of the plumbing was plastic and dense; hoses seemed laid on at random, zero regard for aesthetics. Some of the routing appeared almost German in its cold use of space, like the water-pump plumbing on an Audi or the intake of a new Chevrolet.

Clinical organization is nice, but who buys anything Italian because Check out that derpy-looking hose logic across the belt cover!

How rare is any thin-waisted vehicle of focus these days? What we have here is a perfectly fine bike, light and engaging, almost staggeringly compact. But if you come expecting some obvious thread of heart or tradition, you’ll be disappointed. Nothing here screams origin or place. There are no fine details of unnecessary joy or beauty, no real introduction to the house and heritage of lore.

Once the novelty of meeting this bike wears off, you are mostly just left with a not-cheap motorcycle that recalls a hot-rodded Yamaha. And maybe looks like one.

Ducatis are like Ferraris: Nobody buys one by accident. There is appeal here, but it takes a bit of explanation and context, and gateway drugs shouldn’t need a sales pitch. A bike like this should hit you in the plexus if you know and love a certain Italian motorcycle company. It should also do that if you don’t.

If you want an approachable Ducati that hits the old buttons, there’s always the Scrambler or something vintage. For better or worse, those bikes are rooted in the past. The new Monster is far more of the moment. It isn’t a bad motorcycle or even a bad Ducati. But it might be a forgettable one, and that’s arguably worse.

Highs: A 111-hp, relatively attainable Italian motorbike of light weight and substantial ability. Great name, great heritage. And an engine born, 20 years ago, for a superbike.

Lows: You buy one of these things to feel good and special, right? So why doesn’t this one feel good and… special?

Summary: If you’re looking for something like this, look elsewhere, as Yogi Berra would have said. And possibly a lot harder at the Aprilia Tuono 660. (Same idea, similar power and price, just a lot more interesting.) 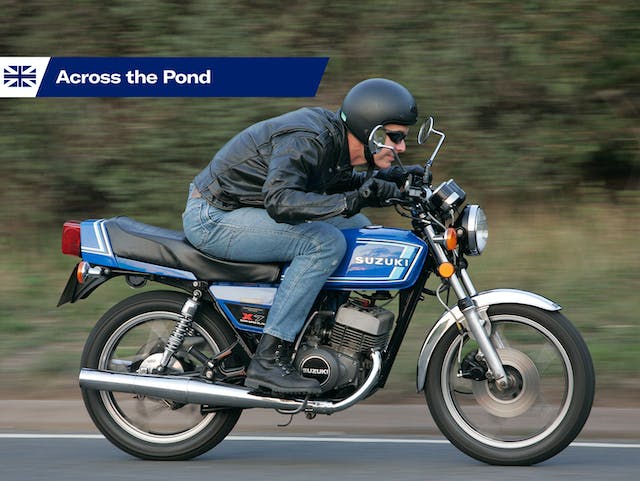