The motorcycle landscape is brimming with shouty, go-fast machines. A person can ride one of those as if they were a corporate lawyer slow-walking to yet another unpleasant meeting, and they’d still look like some type of dude-bro speedster. Once, motorcycles balanced speed with visual intent, and happily, that practice seems to be in resurgence today. The heavily retro Kawasaki Z900RS is a prime example of humble styling and substantial performance in the same place.

The new-car world saw a retro boom some 15 years ago, but the motorcycle industry only recently caught up to the practice. Kawasaki does the classic-look-in-a-modern-package thing best, and the brand’s Z900RS and Z900RS Cafe bring the retro in spades. At $11,979, the base RS is also one of the cheapest bikes in its segment. (The Cafe is essentially the same bike, plus a small fairing and a few detail touches.)

We recently rode the RS in the California canyons for three days to see how the bike held up to real-world use—and to meet one of the segment’s best all-rounders on its own turf, in the home state of Kawasaki’s U.S. office.

Like all Z900RS models, our 2021 tester came equipped with anti-lock brakes and three levels of traction control. Those electronics help rein in the 948-cc, 95-hp, DOHC inline-four that lives beneath the tank. That engine is borrowed from Kawasaki’s Z900 “hypernaked,” albeit retuned to produce more power down low and in the midrange. Early production RSes were known for twitchy throttle tuning, but changes to the 2021 model include remapping that helps, but does not eliminate, snatchy pickup. All but the smoothest of riders will likely need some time to adjust and acclimate to the throttle.

Walking up to the bike in a parking lot is an interesting experience. The colors and vibe on display are distinctly retro, but the seating position and rider triangle—how you sit on the bike, and where your limbs fall—are very modern, upright but canted forward. Any dreams of time travel are dashed on that mammoth gas tank, your knees appearing to fall in different area codes. The bike initially seems to carry its weight fairly high, but slow-speed maneuvering and pushing back out of a parking space are manageable, if not enjoyable. In short, moving the RS around at walking pace works as with any other bike weighing nearly 500 pounds and carrying a seat height of more than 32 inches.

On the road, it becomes clear that the chassis tune leans toward the more comfortable side of sporty. The relatively soft suspension happily soaks up expansion joints and other road imperfections. The fork is fully adjustable for compression, preload, and rebound, and the rear shock allows changes of both rebound and preload. Brakes are twin 300-mm discs with radial monobloc calipers up front and a single 250-mm disc on the rear wheel. Those rotors were plenty powerful to haul the bike down during sporty canyon and hill riding with no noticeable fade or aggressive anti-lock intervention.

That suspension and those brakes are capable enough to go darn quick down a twisty road, and they could certainly take on the heat and load of a track day, but that type of aggression is not the Kawasaki’s strong suit. Aggressive corner setup and braking require muscling the bars around, and the bike seems most interested in flowing through corners, not chomping on the binders and slamming down to entry. Midcorner adjustments only serve to remind you of the weight, though if one is used to vintage bikes, the Z’s heft feels oddly appropriate.

Fit and finish is nice. The switchgear is solid and intuitive, with a nice positive feel. That low-rise chrome handlebar feels sporty but not overly aggressive, and it’s comfortable for long days of sport touring. The bars have a significantly lower rise than that of a vintage Kawasaki Z bike, but the view from behind them ends up just right, with the dash centered well and the old-world lack of a hydraulic reservoir on the left (clutch) side.

The vintage styling really comes through when looking at the gas tank and seat, which give strong Z1 vibes. The twin-pod dash is simple and easy to read, and a welcome change from the TFT screens of most modern bikes—the dual needle-sweep gauges fit the aesthetic well. A small, single-color LCD between speedometer and tach links the two pods. It shows ride mode, fuel level, water temperature, a trip meter/odometer, and the selected gear. The dash is easily interpreted at a glance, even when viewed in bright sunlight from behind a tinted visor.

The cable clutch both feels and looks appropriate for the bike, as do the rubber-covered foot pegs and shifter. That shift lever rows through the six available gear pairings behind that hearty engine, and you really only have to use the gearbox as much as you want. Torque is plentiful, and although the four’s power curve flattens out towards that 10,000-rpm redline, the engine is both happy to rev and smooth enough to squirt through traffic at low rpm in second gear.

On twisty canyon roads, the Z900RS really only made its weight evident in low-speed bends. This was a bit of a bummer, as the merely tolerable seat and lack of wind protection also made highway stints tiring, and we never found ourselves wishing for more range from that 4.5-gallon tank.

Thirty to 60 mph and medium-effort cornering is the Kawasaki’s happy place, where the sensations and feedback all come together to make the bike feel like it’s gliding down the road. Over three days of testing up the California coast, we grew worn out more from wind blast than physical effort. The upside? Any time we needed a break, we found ourselves off the bike and sitting in a place that let us enjoy the view of that tank and those lines.

The Z900RS lives in a sweet spot for three reasons: It’s the most affordable bike in its class, it’s practical and easy to live with, and it positively nails the vintage look. The buyer for this machine is likely someone who loves the thought of an early-1970s Kawasaki Z1, but who also recognizes that they might be looking at that bike through rose-colored glasses.

The RS is a modern version of that machine with fewer compromises. It’s also a wonderful street bike able to do just about anything you could reasonably ask of a street-legal motorcycle. Is it the best for track days? Touring? City riding? No to all three. But it is a very competent and satisfying bike for someone who wants to enjoy riding, and who wants to look good doing it.

Highs: Vintage look but modern comfort and driveline character. Simple in function and feel without being featureless. Find the right speed on the right road, and it simply eats miles.

Summary: Rides as it looks, and that’s a compliment. Pick your color, grab an open-face helmet, and let the good times roll. 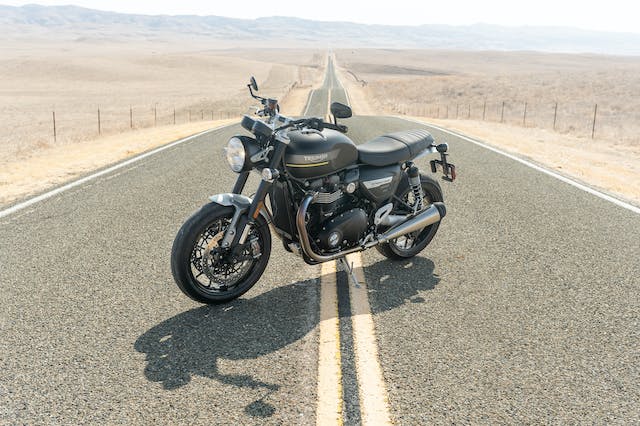 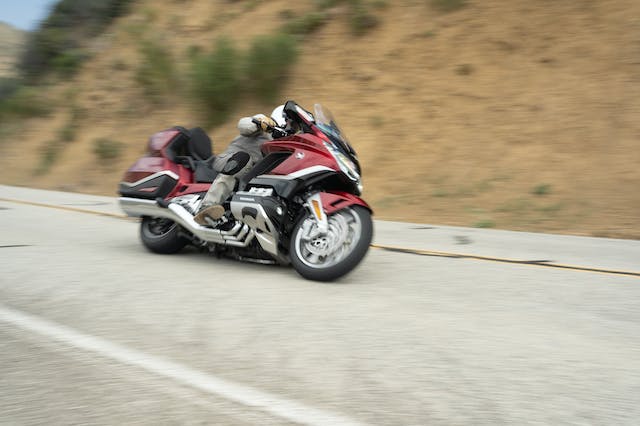 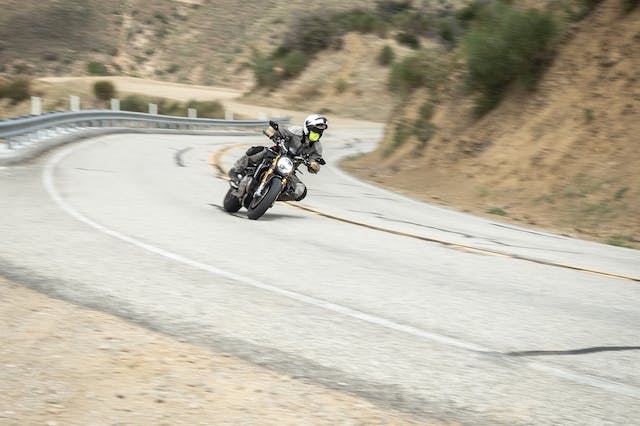 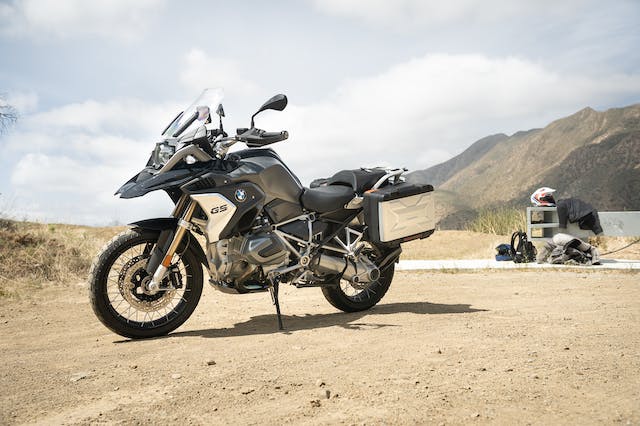 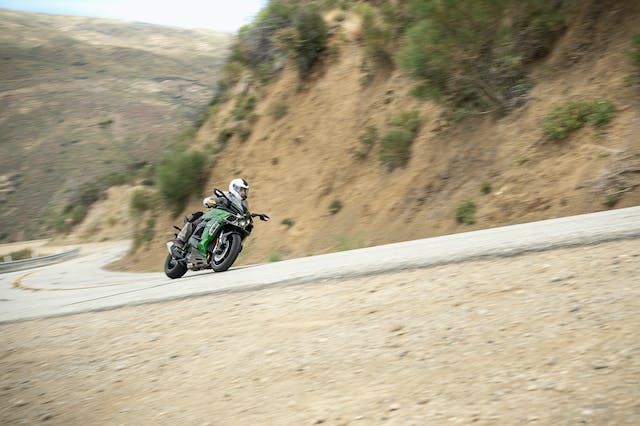