Interested in life on two wheels? Start with a call to the Motorcycle Safety Foundation

When it comes to learning a new skill, there’s no substitution for the watchful eye of an experienced instructor. Want to get better on the race track? A certified driving coach is the best way to go. Skiing? Most mountains have licensed teachers on payroll. Trying to get into golf? Call your local PGA professional. Learning to ride a motorcycle is no different. And more than many other hobbies, the right kind of instruction can make or break your early days on two wheels.

As someone who had spent the previous 27 years vociferously denying any interest in motorcycling, my about-face attitude this spring was full of reservation. Digital Editor and resident two-wheel evangelist Kyle Smith had spent the better part of two years repeatedly encouraging me to consider giving motorcycles a try, offering rides on his machines, and generally whittling away at my negative perception of them. And now I was pulling into Gaylord High School’s parking lot on a Friday evening in early May to learn how to ride—a clear indication that his persistence had paid off.

The Motorcycle Safety Foundation is a non-profit organization that functions as a resource and advocate group to help keep those riding on two wheels safe while out and about. The group offers a host of classes for all skill levels, from those meeting a bike for the first time to seasoned riders with thousands of miles under their belts who just wanted to keep their skills sharp.

Although a dismaying number of riders go without, the state of Michigan technically requires that riders obtain an endorsement on their driver’s license to be legal on the road. The MSF Basic Rider course is one of very few state-sanctioned ways to obtain said endorsement. It’s also the method I’ll recommend to any and every moto-curious person I meet from here on out.

The instruction begins well before your scheduled in-person dates. An online portion of the class, which can take anywhere from four to six hours, walks through every aspect of smart, safe riding. Lessons like lane positioning, body posture, types of motorcycles, basic controls, and much more are all covered at a pace and depth that even someone who’s never seen a motorcycle could follow. There are skill checks along the way, as well as an evaluation at the end that must be passed in order to proceed in with in-person instruction.

Come class-time, the first evening is spent in, well, a classroom. We retraced key components from the online modules in an entertaining manner that kept me and my peers—who were attending the course with varying levels of experience—engaged the entire time. Credit for the experience lies squarely at the feet of our instructors, Tim McPherson and Jennifer Mitchell. Both have countless hours of ride-time under their belts, but more importantly, both understand how to make the daunting task of learning to ride a motorcycle approachable.

“Rarely do we get someone in [a class] that doesn’t come out the other side as a better rider,” McPherson remarked on night one. “We’ve had folks in here who have been riding for years, but even they regularly discover something about riding that they didn’t know before.”

To whit, he shared a story of a class a while back where one of the participants said in the opening hour something to the tune of, “I bet there isn’t one thing in this class that I don’t already know how to do.” McPherson graciously accepted the challenge, and by the conclusion of the next morning’s practice session, that rider was the first to raise his hand and admit that he’d already discovered multiple holes in his skill set. “When he went back to riding with his friends after that, they all were shocked at how much better at riding he’d become,” McPherson said, with a chuckle.

The following day began early, but the prospect of throwing a leg over a bike was more than enough to get me out of bed. One of the greatest benefits of the MSF basic rider course is that you don’t need to have your own bike to participate—the course supplies small-displacement motorcycles of various styles upon which you’ll spend the duration of the two days. There were Suzuki GZ 250s, Yamaha TW200s, Kawasaki Eliminators, and even a Yamaha V-Star or two.

I hopped onto one of the Yamaha TW200s for this course (you stay with the same bike the entire time, and the instructors encourage you to pick a type of bike that best reflects the type of riding you’ll do). The chunky tires and upright seating position felt like the closest approximation for the Honda Grom I’d be riding a few weeks later for a Michigan road trip story.

Throughout the day, each group (our class of 20 split into two groups of 10) was given two three-hour sessions during which we went through basic bike control exercises. Because the class often has total newbies in it, we started with learning how to operate the hand clutch, finding what the instructors referred to as, “the friction zone” where the slipping the clutch begins to connect a rotating engine to the rear wheel. As the day progressed, our exercises grew in complexity but never overmatched the fledgling skill set we were beginning to accumulate.

Day two involved a bevy of drills that built upon the more basic skills learned the day prior—close-quarters turns, a cone weave, signaling, collision avoidance, and more. If a rider was struggling to grasp a concept, McPherson or Mitchell were right there to help them fine tune everything from body position to where they were looking to the types of inputs they were missing.

As is required for the endorsement, lunchtime involved a written test that called into question our knowledge of the paper skills learned in the online module and classroom portion, but also aspects of the dynamic exercises we’d been working on. I hadn’t taken a multiple choice test of any consequence since my college days, but thanks to the instruction from the course, I passed with flying colors.

That afternoon, we walked through each of the exercises that would be on our riding evaluation, with both instructors dropping helpful hints to keep in mind at every turn. The day culminated with a riding evaluation for each person, which, I thankfully had no trouble with.

Riding a motorcycle—whether on public roads or through trails—is not without its dangers. But if you’re at all curious about obtaining an endorsement in your state or getting some seat time in a controlled, instructive, relatively low-consequence environment, the MSF’s basic rider course stands in a class of its own. Endorsement in hand, I’ve begun to appreciate the finer aspects of two-wheel travel—with the careful instruction from McPherson and Mitchell always top of mind. 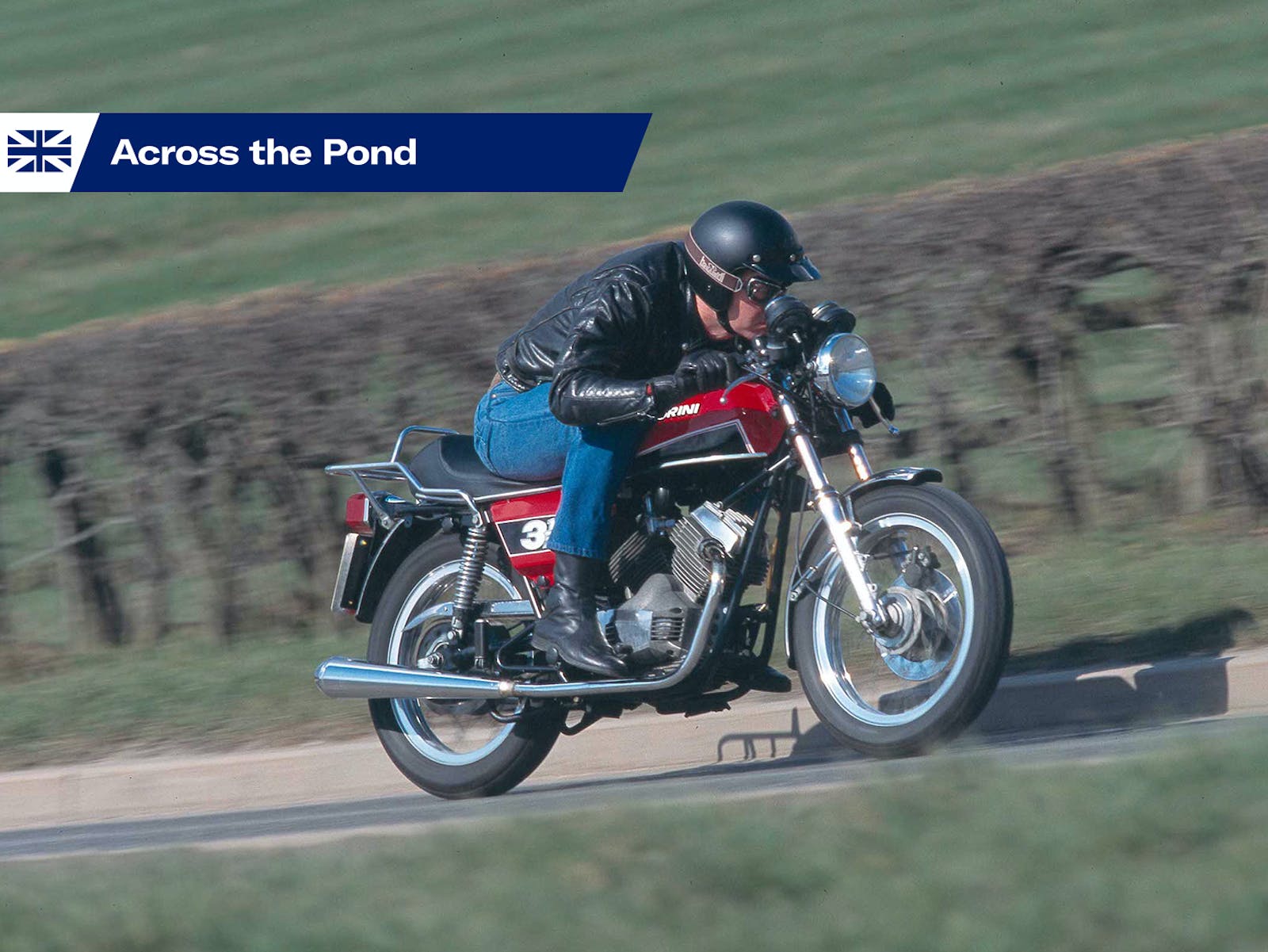 Get an insurance quote
A Story About
Share Leave comment
Read next Up next: 10 pieces of ’80s car tech we still miss