10 favorite automotive toys from our childhood

If you love cars, then you probably loved car toys. Maybe you still do. Plenty of car enthusiasts can trace their interest in automobiles to early childhood, back when we scooted miniature cars around the room and made engine noises with our mouths. Ah, those were the days.

We asked members of Hagerty’s Media Team to take a cruise down Memory Lane and choose their favorite automotive toy growing up. Remote-controlled cars ruled the day:

Ben Woodworth, TYCO Fast Traxx—My older brother and I got a TYCO Fast Traxx for Christmas one year, back when the R/C cars at the local department store were actually fast and awesome. This thing was so much fun. Pretty much all of TYCO’s “9.6V Turbo” R/C vehicles at the time were great, but the Fast Traxx had it all. It could go on pretty much any surface and was super maneuverable and jumpable. I remember being devastated when one of the rear shock mounts broke and we had to retire it. So many good memories. 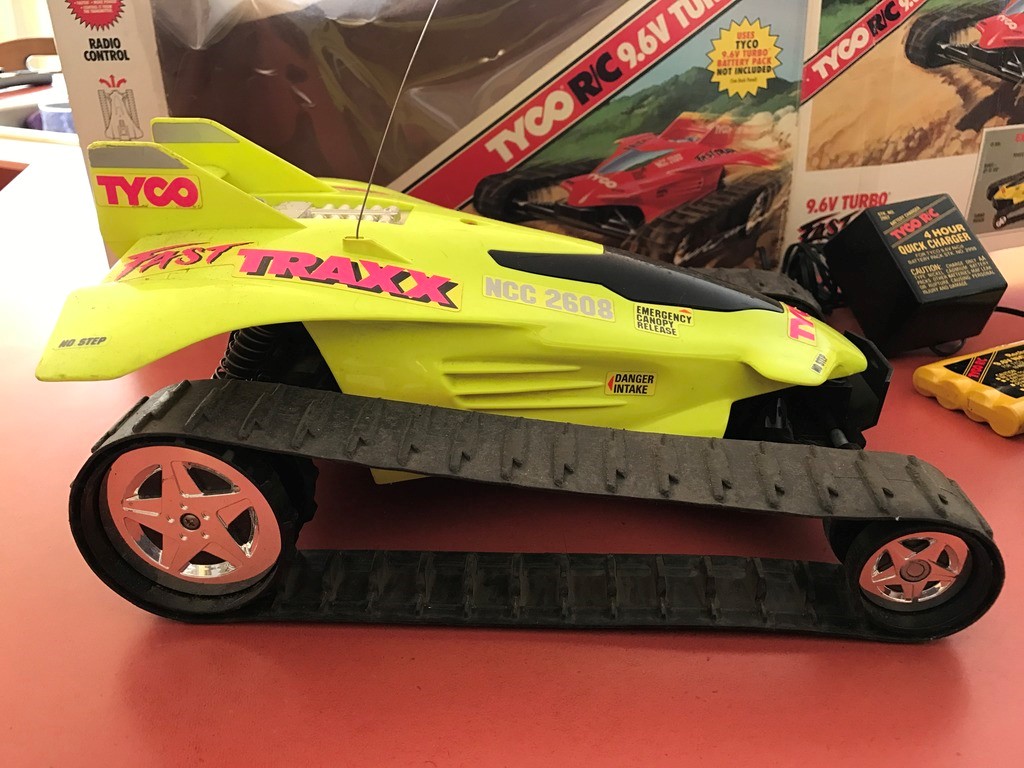 Jeff Peek, Matchbox/Hot Wheels cars—I really loved Matchbox cars growing up. Cars, trucks, buses … I could never seem to get enough. One year I remember getting two Mustangs for my birthday, which was super cool. My dad brought home a bunch of 3×4 counter-top remnants one summer, and the backs were plain pressboard, so I used markers and crayons to map out roads, lakes, and rivers. Tinker Toys and Velveeta boxes served as buildings. I eventually turned up my game by getting into Hot Wheels cars; dang, they rolled so smooth and far. Every hallway in the house was a potential race track. I nearly lost my mind one Christmas when I opened a new Hot Wheels Super Charger set. I played with that thing so much I’m surprised all the orange track never wore thin. I’m super glad it didn’t, since my own kids eventually enjoyed that stuff almost as much as I did. 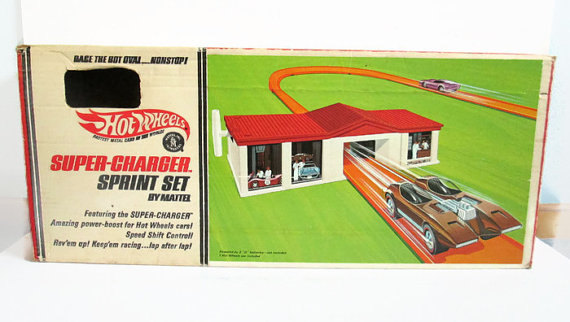 Joe DeMatio, Tonka cement mixer—I had a lime green Tonka cement mixer, which apparently was offered only by Sears since nearly everything in the DeMatio household during the 1970s came from the Sears-Roebuck Catalog, save groceries (certainly my Toughskins plaid pants did). I didn’t play any sports, had no access to a swimming pool (but plenty of swimming “holes,” as they are called, in lakes and rivers), and there weren’t many kids my age in our rural area, so my brother Brian and I spent a lot of summertime in our sandbox, which was not a box per se but a pretty large patch of deep sand near the chicken coop. I loved the fact that this cement mixer had a fully functional rotating drum, and the fold-down trough. We made roads in the sand and endlessly scooped sand into the drum and spun it out. I had simple needs, and it was better than being called to duty in the adjacent vegetable garden to weed or pick strawberries. 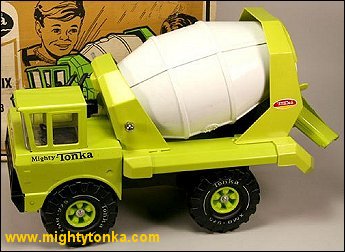 Jonathan Stein, Jaguar Matchbox car—I had a beautiful Jaguar E-Type coupe Matchbox car painted a deep red, possibly Claret. At the time the Jaguar was about the most gorgeous car I’d ever seen. I got it on a family vacation to Quebec City, Canada. That E-type sure was special. My other favorite die cast model was a Corgi-Toy of 007’s Aston Martin. If I recall, the rear bullet shield and other areas worked. The movie connection made the model so special. 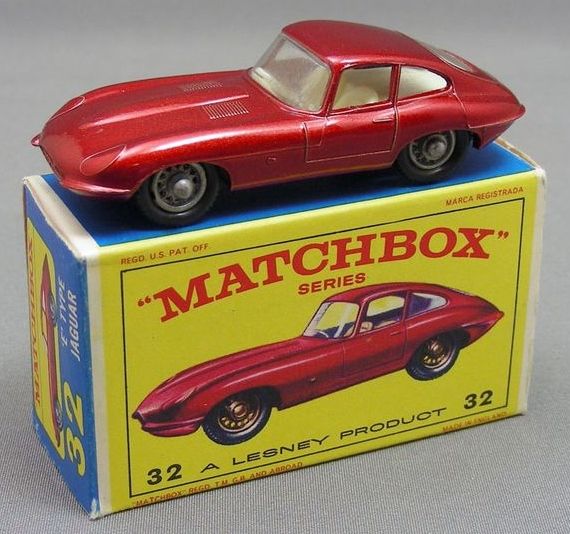 Jordan Lewis, AFX slot cars—The AFX Slot Car racing set was my favorite toy growing up. My brother and I used the hell out of the boxed set. We were constantly replacing track pieces and contact tabs on the cars. We would even do pit stops and whoever was the quickest at changing tires would usually end up winning the race. 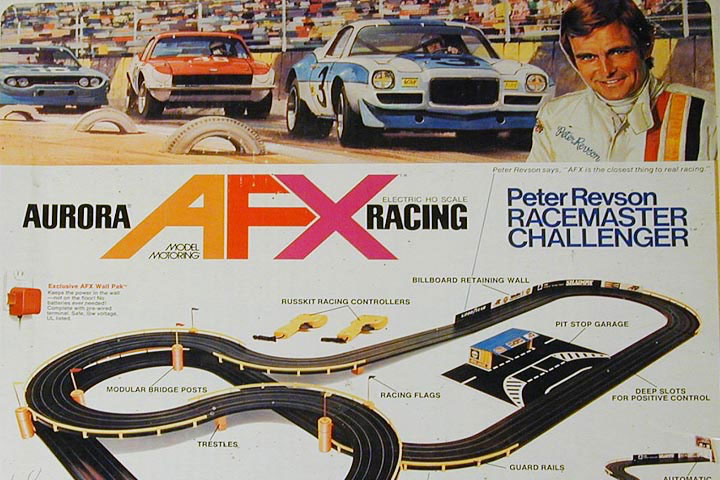 Justin Warnes, R/C cars—I don’t remember any particular one, but I know I liked the R/C cars you could drive in the dirt. My cousins and I turned a little chunk of my grandparents’ side yard into an R/C track with jumps and a skid pad. 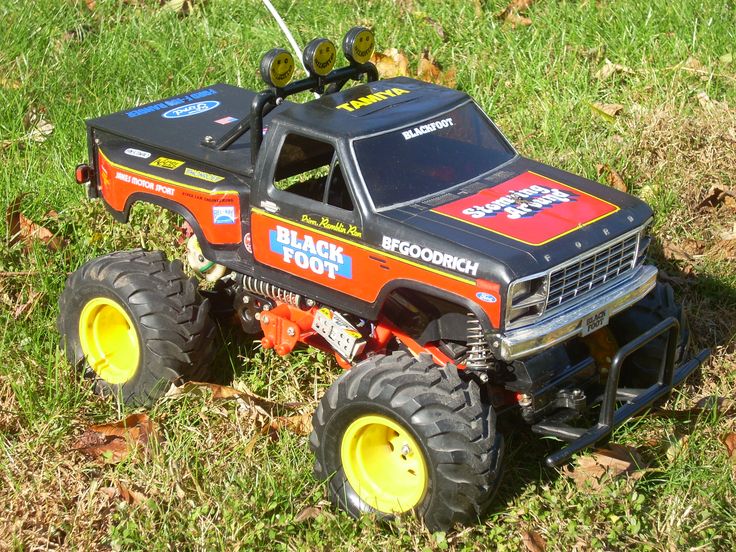 Matt Lewis, Knight 2000 Whip Shifter—The Knight 2000 Whip Shifter was awesome because it had rubber bumpers, and you could really whip it into walls without damaging it. I must have run that thing across the kitchen floor a thousand times. The “Whip Shift Action” was different than any other toy. It was way faster than a pull-back or the radio-controlled car I had. 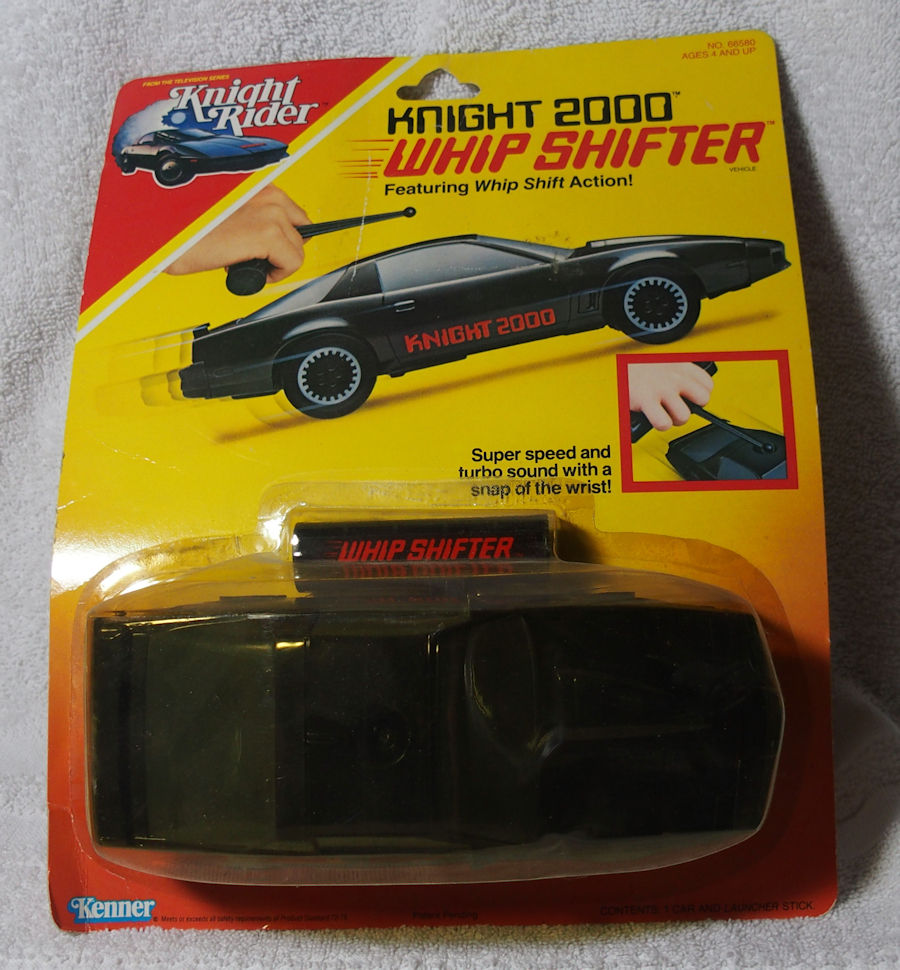 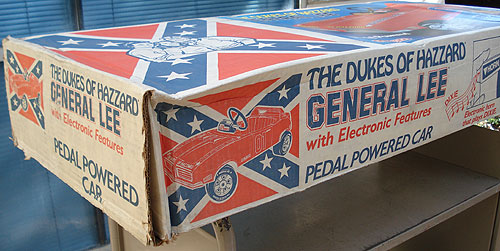 Nick Gravlin, G.I. Joe Brawler missile launcher/tank—Although it isn’t exactly automotive, the G.I. Joe Brawler was one of my favorites growing up. The missile launcher/tank was always my first-round draft pick when my brothers and I played war with the action figures. As the son of an armor officer, I played with a lot more military vehicles than conventional Hot Wheels or Matchbox. 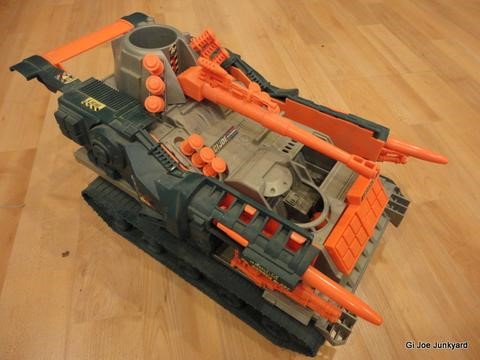 Stefan Lombard, Tyco electric race track—Over various birthdays and Christmases, I amassed probably eight or ten Tyco electric race track sets, plus about 30 cars and trucks. My best friend and I loved to tinker with the cars and customize the bodies, even going so far as to insert wooden matchsticks into them for that “afterburner” look. Sure, we melted some plastic, but it was so worth it. I still have everything in bins in my basement. About 10 years ago, however, when I had the space—and no mom around to tell me to clean up after myself—I built the mega track I’d always dreamed of. One of these days I’ll do it again. 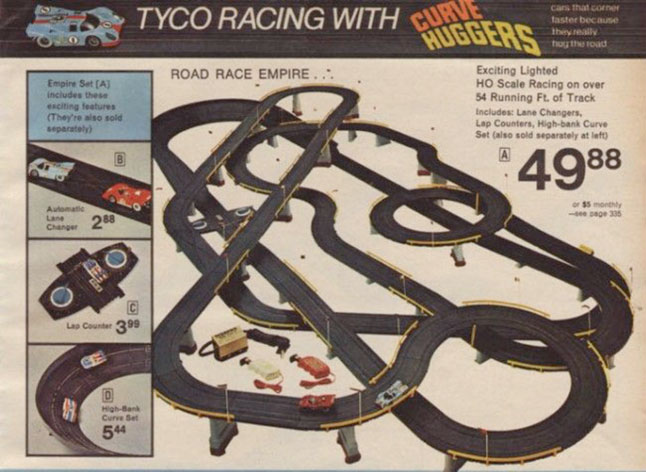