A trick to removing stripped Allen-key bolts can be a game of 0.003 inches

Recently, I described my adventure of Buying Back Bertha, which may sound like the title of a comedy but centered on repurchasing the 1975 BMW 2002 that I had sold to a friend nearly 30 years ago.

While it was exciting getting the car running well enough to lurch it from the backyard garage where it had been languishing, it was just the beginning of the hard work of mechanical resurrection. Early in the process I discovered a solution to a common problem: trying to remove stripped Allen-key bolts.

Bolts with recessed Allen-key heads, also called hex-key heads, are used in many applications, particularly those where it would not be possible to fit a socket around a traditional hex-head bolt. Such is the case with the brake rotors on a BMW 2002. The rotors are attached to the backs of the hubs, which is already inconvenient because it means that in order to replace the rotors, you have to pull the hubs off, which means temporarily removing the wheel bearings. Once a hub and rotor are off, you turn them over and lay them on the floor and access the four 8mm Allen-head bolts holding the rotor to the back of the hub. The bolts are in a deep narrow recessed cavity, which is exactly why Allen-head bolts are used; there’s not enough clearance to get socket around a standard hex-head bolt.

In my opinion, one of the primary reasons to own an impact wrench, either electric or air-powered, is to remove Allen-head bolts. Clean out the hex hole in the bolt head with a small screwdriver to remove any caked dirt, insert the Allen-key socket, tap it with a small hammer to be certain it’s fully seated in the hole, squeeze the trigger on the impact wrench, and whacketawhacketaWHEEE—out it comes without any drama. An additional benefit is that, because the impact wrench zips the bolts out, there’s no need to immobilize the thing the bolt is in—in this case, the hub and rotor—to keep it from turning, as you’d have to do if you were simply using a ratchet wrench. The impact wrench method is so reliable for Allen-head bolts that I rarely even pre-soak the threads in penetrating oil or heat them with a torch.

But there’s a proviso. Yes, it’s so easy that it’s almost cheating… provided that you don’t skip the step of cleaning the hole and tapping the socket to seat it. Because if you do skip that step and squeeze the trigger of the impact wrench when the Allen bit isn’t fully seated, it’ll strip that hex hole in a New York second.

And that, of course, is exactly what happened. While replacing Bertha’s left rotor, I dutifully cleaned the bolt heads, but when I did the right one, at some point I felt like I was home free, and I got sloppy. Without realizing it, I simply stuck the Allen-key socket into the left hole without first cleaning it or seating the socket. I pulled the trigger and instantly knew that I’d stripped the hole. Of course I cleaned it and seated it and tried it again, but the damage already had been done.

In my first book, Memoirs of a Hack Mechanic, I have a chapter on “Stuckness,” and go into a fair amount of detail on the things you can try in situations like this with either traditional hex-head or Allen-head bolts before you give up and resign yourself to the method of last resort, which is drilling out the bolt. One of the things you try is interleaving the next largest socket size from a set of both English and Metric sockets. That is, if your stripped Allen head is 6mm Metric, try a 1/4-inch Allen head socket, as a 1/4-inch is just slightly larger than 6mm. (For a bolt head, you’d try one size smaller, rather than larger). You can also try using Torx bits or sockets and seeing if they’re just the right amount larger or smaller. Then you heat the fastener cherry red with a MAPP gas or oxy-acetylene torch, hammer the right-sized Allen-key socket into the bolt hole (or the right-sized socket around the bolt head), and try again with the impact wrench. And this time, you do throw penetrating oil, heat, wax, everything you have at the threads, because you’ve got only one shot at it.

Unfortunately, when I tried this on the bolt I’d stripped holding the rotor to the hub, I found that 8mm is essentially the same as an English size (5/16 inches), and the next size up in either set is too big of a jump to fit in the hole, even if you get the head hot and hammer on the socket.

Then I had an idea. I could shim the stripped Allen key hole to make up the difference between its new (stripped) size and the size of the Allen key. I remembered that I had some 0.003-inch shim stock (find it on the McMaster-Carr website here) that I’d bought to fit an English-sized fan on a motor whose shaft size was Metric. I cut a piece, and rolled it into a small cylinder.

Then I carefully placed the little cylinder into the stripped hole, test-fit the Allen-key socket, verified that the shim material did indeed take up the slop, took the shim out, heated the bolt head with a torch, put the shim back, and tapped the socket in place with a hammer.

I then heated the threads with the torch, applied some wax (Goodson Oil Gallery Wax Sticks, available here on Amazon—way better than penetrating oil), attached the impact wrench, prayed to The Automotive Powers That Be, and squeezed the trigger.

In this case, failure to get the fastener off wouldn’t have been the end of the world. It was only holding a BMW 2002’s front rotor to its front hub, and both parts were already off the car. These parts are neither rare nor expensive. And I was doing this because I was about to throw the old rusty rotor into the recycle bin anyway. But I still wanted to try.

Rob Siegel has been writing the column The Hack Mechanic™ for BMW CCA Roundel magazine for 30 years. His new book, Just Needs a Recharge: The Hack Mechanic™ Guide to Vintage Air Conditioning, is now available on Amazon. You can order a personally inscribed copy here. 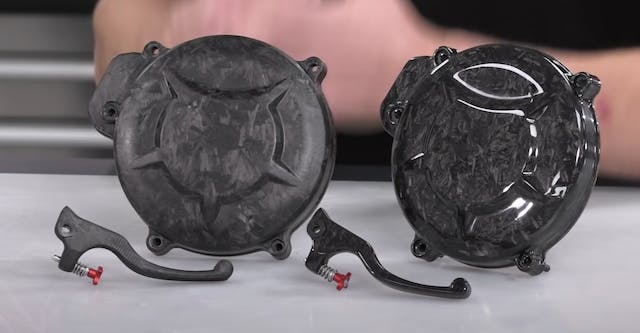