Trevor Andis says his first challenge as an engineering student at Indiana University–Purdue University Indianapolis (IUPUI) was to design an AC generator wind turbine on a budget of $10. Bragging rights went to anyone who could build a transformer that produced more than 32 volts, the class record. “Mine produced 166 volts,” he remembers. “I took what I learned about ignition coils from working on cars and my degree in mechanics and applied it to the problem.”

As a student at Indiana’s Hagerstown Jr. Sr. High School, Andis had mixed college prep and shop/mechanics classes that helped him work on the 1999 Jeep Grand Cherokee he bought when he was 16.

“My dad and grandfather were also big NASCAR fans—it was always on. That atmosphere, combined with wanting to transform my Jeep into a big, slow rock crawler, was my first nudge toward ‘performance.’ That led to my wanting to become a race engineer.”

As yesterday’s race cars have evolved into today’s high-tech rocket ships, so has the educational pedigree of the crew members needed to build them and make them run. Andis’s path, blending blue-collar mechanical know-how with academic study in physics and computer-age automobile design, is typical of the new trend. He attended the University of Northwestern Ohio and graduated with two associate degrees—one in automotive technology and the second in high-performance motorsports. In 2022, he plans to add to his résumé a bachelor of motorsports engineering degree from IUPUI.

His respect for historic race cars, however, has only deepened through an RPM internship at the Indianapolis Motor Speedway Museum. “It’s given me a unique understanding of Indianapolis racing history and an appreciation for how incredibly smart the pioneers at Indy really were,” he says.

As part of the museum’s in-house restoration team for the past two years, Andis helps rebuild and maintain some of the world’s most famous vintage racers. The current push is to fully restore Dan Gurney’s historic 1963 Lotus 29/1, which debuted at the Brickyard for the 500 and helped usher in the mid-engine revolution.

“You start working on these old cars and see the ingenuity from 50 and 100 years ago that led to stuff like dry-sump oil systems, disc brakes, and aluminum engines. You see that almost every major advancement in cars we drive today comes from racing.”

The internship has also led to rare connections with Indy legends of the past such as Al Unser, Jr., and RPM ambassador Lyn St. James. Engineering school, meanwhile, has helped him meet current Indy car managers and engineers who sit on the IUPUI school board. Many of his instructors have ties to Indy, too, which he hopes to parlay into an internship with a racing team.

“The first time I ever saw an open-wheel race car up close was on a college field trip to Indy,” Andis says. “I was walking down Gasoline Alley to the pits when it flew past me with that incredible speed and sound. Everything in that moment came together for me, and I started thinking about the history of human creativity that made it possible. I just want to be one of the people who will carry on the tradition of pushing us faster into the future.”

Maintenance and Tech 16 cylinders and 270 mph, in 1938: The Auto Union V-16 was an audacious engineering feat
Don Sherman 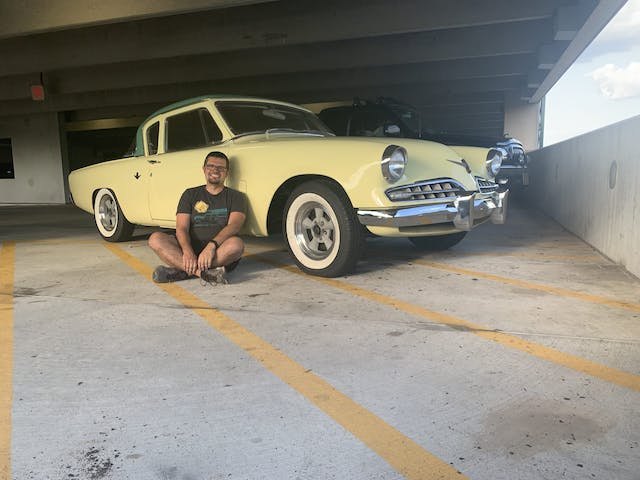