According to you: 13 undervalued vehicles you can enjoy on the cheap

I recently asked folks in the Hagerty Community to submit their candidates for the most undervalued classics, and I received answers that were both insightful and surprisingly varied. The results go to show the diverse backgrounds of our Community fans, but they also make for good content elsewhere in the Hagerty mediaverse. (If you haven’t joined our Community, it’s not too late.) That said, commentator Inline8OD was keen to my grift, so I had better give credit where credit’s due:

PS: You do realize Hagerty runs these me-too articles, fans these flames to get free consensus of current value because they’re an insurance company, despite the everything-for-everyone window dressing of this site and magazine.

Oh man, it would be sweet if your boy Sanjeev got mad Hagerty street cred for his online antics! In reality, the Hagerty Valuation team makes objective decisions on hard numbers generated from transaction data, not my crowdsourced/anecdotal data. Since this article won’t cause the Hagerty Price Guide to so much as shiver, I can proceed unabated to show you which cars “we”—yours truly and the Hagerty Community—think are undervalued.

The GM Kappa twins were suggested by both JimR and hyperv6 in the Hagerty Community on the basis of their well-tuned chassis, handsome styling, and increasing obscurity (both belong to discontinued GM brands). While the Solstice’s short-term history was far less pleasant than that of the contemporary Miata, the fortunes of the Kappas twins could be due for a shift: Witness this rare, museum-quality GXP that in October of 2021 for $86,500. By itself, however, the sale won’t reset the Kappa-twin market. For right now, you can enjoy the thrills provided by either the Solstice or the Sky for a reasonable price.

The Giugiaro-styled Subaru SVX has the chops to make it on the list, thanks to spaceship styling and a decadent interior worthy of a GT coupe. Performance was respectable thanks to a 230-horse flat-six, even if the automatic transmission was neither awe-inspiring nor particularly durable. But gearbox choice is not the point: Community user Gen2rt compares the SVX to the DeLorean-in terms of styling (same designer, window-within-a-window concept) and praises the low center of gravity allowed by its boxer engine. Even better, I’ve observed the trend of manual transmission/WRX powertrain swaps in person, and such creativity truly gives the SVX a new lease on life. A SVX-WRX is, in my biased opinion, the coolest vehicle to ever wear the Subaru badge.

Community user pdprince offered a real gem that was unique when new and remains quite rare today. The 1989 Shelby Dakota and the related Dakota convertible were unexpected “halo” vehicles that injected more personality into Dodge’s mid-size truck, and hopefully got some tire kickers to pull the trigger on a regular Dakota instead. Pdprince also raised a good point when suggesting that Shelby should have offered the convertible with his hotted-up powertrain and tuning package, too. If the Texan did, these coulda been the early 1990s reincarnation of the Dodge Lil’ Red Express, which are currently valued at $25,600 in #2 condition (i.e. Excellent condition). But Dodge and Shelby didn’t combine both notions, and that’s probably why the halo Dakotas made the cut for this list.

Hagerty Community user Talso4146 still feels that WS6 Trans Ams (and the Camaro SS?) are undervalued, especially the 1998–2002 models with the LS1 motor lurking beneath the sleek hood. How can you argue with that combination? The fourth-generation F-bodies had sleek proportions that looked far more American Muscle than their stocky, global-platformed successors. Both the LT-1 and LS-1 mills offered serious fun with the T-56 manual trans, and the WS6 came with even more power out of the factory-shipped box. Everything about these cars suggest they should appreciate to the values of older F-bodies, but they have not … yet!

Not all Lamborghinis are created equal, but a Lambo is still a Lambo, right? Community user Keefe thinks the Urraco is the car to watch, as it’s an original “Lambo under Ferruccio, entry-level and affordable!” Originally designed to be a more affordable, more competitive vehicle to the likes of the Dino, the Urraco continues to trail the values of sisterships Espada and Jarama by tens of thousands of dollars. Which is a shame, because I think it looks better than both and deserves a larger share of the limelight.

Among the XJS’ 21-year production run, Community user karofsky suggests that 1995 might be the best year for quality and reliability, and that the XJS “compares quite favorably to the Mercedes 450 SL of the same era. I suspect prices for ‘excellent drivers’ could be in the mid $20K [range] in a few years.” Indeed, we’ve asked ourselves why these classic Jaguars aren’t worth more, and perhaps its because of the costs of ownership paired with the deity-like legacy of its predecessor. But no matter, the XJS’s tough circumstances make them a bargain for the amount of performance and prestige.

Much like the Jaguar, the Series II Alfa Romeo Spider is somewhat overshadowed by its predecessor. Community user gator749 thinks their rarity (from attrition by rusting) should cause these models to appreciate in value soon, particularly the handsome early versions with chrome bumpers. Gator749 went further and pointed out that “a very high quality ’71 just sold for $37,000,” which makes sense, as this clean ’73 sold for $38,000. Could this Alfa be poised to appreciate quicker than the others on the list?

“All years of the C4 ZR-1 Corvette” are under-appreciated according to 66427vett, and he’s got a good point. While C4s in general are a depressed market, the ZR-1 was called King of the Hill for good reason: It beat Ferrari Testarossas and completely outclassed its C4 brethren. And yet the ZR-1 is worth no more–sometimes much less—than the one-year only 1996 Corvette Grand Sport, which boasted far less performance (but far more retro striping). And with that in mind, I agree with 66427vette’s remark that the fourth-gen ZR1s “have shown modest increases recently but are still a bargain that are likely to appreciate.”

While I previously noted the resale value superiority of the Fiat 124 Spider over its Miata blueprint, Community user LionShooter suggests the prices are even more appreciative, to the tune of increasing “by $15,000 in the past year.” Is it possible that a ritzy Italian interior and a turbocharged engine paired with Mazda engineering is about to explode into the realm of the big-dollar modern classics?

The appropriately named Lexusman offered an example that just about everyone appreciates: The flagship Lexus SC300 and SC400 coupes. Our man behind the prestigious L brand makes special note of the “original five-speed SC300s, I estimate there are 500 or less original unmodified five-speed SC300s still in existence, out of an original total of 3800 1992–1997 models.” And while values have likely increased since we last questioned this model’s unexplained affordability, the sheer long-term value of this stylish Lexus relative to other luxury coupes (cough, that Jaguar up there) suggests the SC300 and SC400 have far more headroom in the classic car marketplace.

“I like the 2005–2008 Dodge Magnum, especially the ones with the Hemi V-8,” says Hagerty Community user George-85. It’s hard to argue with the concept of a modern American station wagon with a taut suspension and eight cylinders of rumbling fury under the hood! We’ve noted that prices for the SRT model have skyrocketed (kinda like those of Cadillac’s CTS-V wagon, but that’s another story) and even a low-mile R/T for $17,000 this year. Which likely means prices are rising, collectors are on the hunt, and you better get one for cheap while you can!

I know that’s not a car, but Hagerty Community user Seisen is on to something when they note “GM 3.8 Supercharged V-6 cars are neat but un-loved—many models of Buick, Pontiac, Olds and Chevy to chose from.” While classic car folks are supposed to be pining for V-8 Cadillacs of the era, the tarnished reputation of the Northstar V-8 likely scared off too many owners back in the day for that to ever happen now. Enter Buick’s venerable 3.8-liter mill with a huffer added on top, available in sporty flavors from Chevrolet and Pontiac, super-cushy examples from Buick, and unbelievably stealthy sedans from Oldsmobile. Even this low-mile, naturally aspirated 3.8-liter-equipped Buick Park Avenue sold for impressive money, which suggests a supercharged Park Avenue Ultra in the same condition would sell for far, far more. In your author’s opinion, it’s only a matter of time before this happens, marking one of the few instances when a Buick blows the doors off a Cadillac of the same vintage.

Forget about the internationally famous movie car that sold for disgusting money, as Hagerty Community member Michaelmotorcyc has a valid point for other Porsche 928s on the market. He suggests that a “well-maintained, driver-quality” Porsche 928 checks off a lot of boxes for classic car ownership, and anyone who has driven one will agree. Of course, he notes the “928 GTS is already sought after” but there are only so many of those later, low-production examples available. At some point the cheaper ones, especially the 5.0-liter S4s, will appreciate in value like their big brothers. It’s only a matter of time, so enjoy the regular 928s while you still can.

What did “we” collectively miss? I’d love to read what you think, because as stated above, that’ll help me give Hagerty more free information to boost my credibility within the organization. Do it for Sanjeev me! 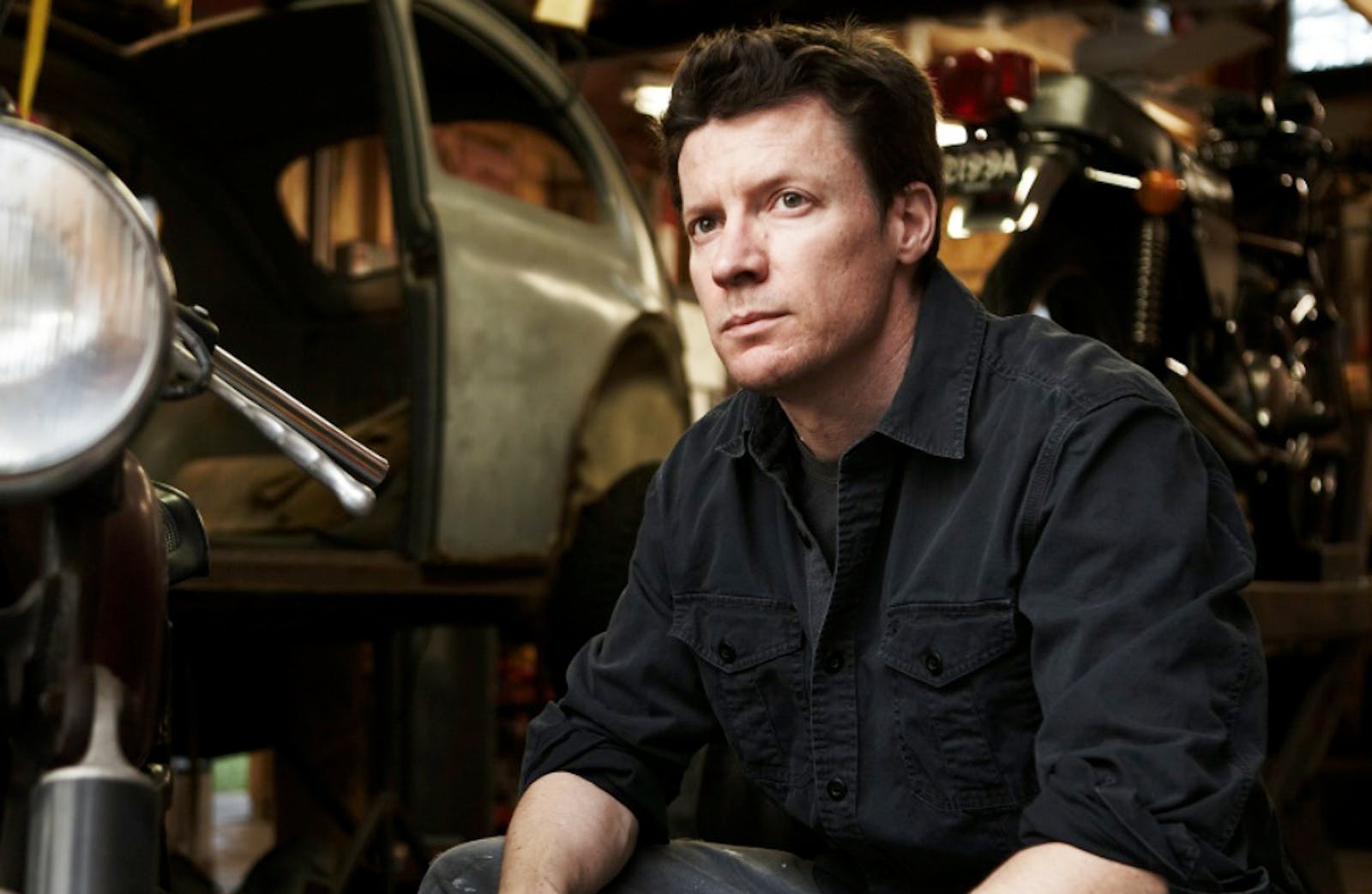 Entertainment Think, then Drive: Further reading from an automotive seer
Matthew B. Crawford 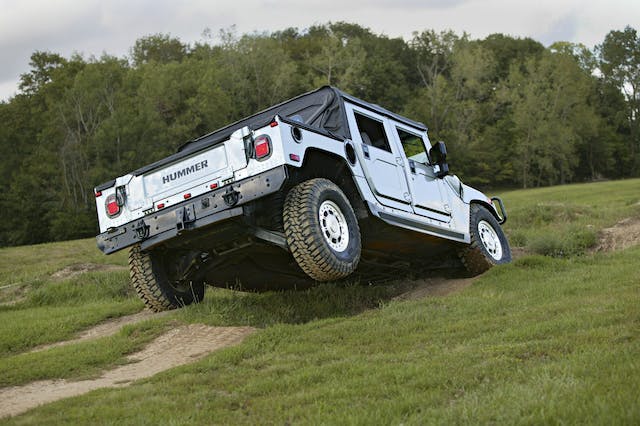 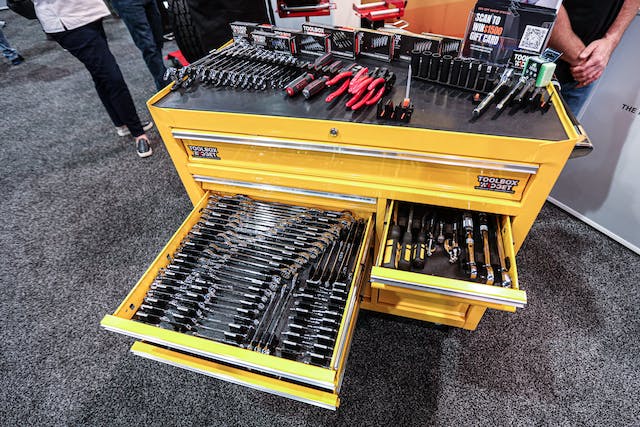