The unveiling of the mid-engine, V-6-powered Maserati MC20—the trident brand’s first true new sports car model in more than a decade—will not only gladden the hearts of aficionados of the revered Modena marque; it will hopefully help to reinvigorate the Italian car maker’s fortunes.

Since its founding in 1914 and its first eponymously-named competition cars, built in 1926, Maserati has burrowed its way into the affections of motoring enthusiasts the world over—where to start when you have a back catalog that includes the 4CLT; all-conquering 250F, 300S, and 450; Tipo 61 “Birdcage;” and the fated Tipo 151, not to mention its exciting, exotic and elegant road cars?

Along the way there have been commercial highs and, frankly, lows. Road-legal Maseratis that have proved notable one way or the other have included the 3500 GT, Frua-bodied Mistral; the refined and understated Sebring, Mexico, and Indy coupes; the 1970s Khamsin and Merak; and the best-forgotten 1980s Biturbo, plus its many spin-offs, such as the 430, Spyder, Karif, and Ghibli II.

In more recent times, under Fiat’s FCA Group ownership, Maserati’s prime focus has been redirected mostly towards the sedan and SUV market, with the Ghibli III, Quattroporte, and Levante 4×4. So the addition of the unashamedly sporting MC20 is doubtless welcomed by the car community.

Although Maserati successfully established its motor racing credentials before WWII, it wasn’t until after the end of the global hostilities that the Modena workshop offered its first true road car chassis, with its coachbuilt A6 1500.

By 1950, the more powerful 2.0-liter A6G model was introduced, dressed by a variety of leading contemporary Italian design houses, the Zagato and Pininfarina bodies being the most widely acclaimed.

In its Pininfarina-clad A6G CS/53 form, the muscular Maserati was widely regarded as one of the seminal sports cars of its era—extraordinarily powerful, fast, expensive and anti-social. It was the hypercar of its day.

Priced at around £26,000 in 1959 (over $1M today), twice what its smaller 3500 GT sibling went for, the 5000 GT was the world’s most expensive new car—and with good reason. Maserati was encouraged to develop it by the Shah of Persia. The Shah took delivery of the first 5000 GT built (with Allemano coachwork), one of just 34 examples made during a six-year limited production run.

By the time the striking Ghibli was introduced in 1967 (designed by the gifted stylist Giorgetto Giugiaro during his tenure at Ghia) Maserati had firmly established itself as an outstanding player in the exclusive European GT sector, aided by earlier 1960s models such as the admirable Vignale-built Sebring and Frua’s stylish Mistral.

Initially powered by a 306-hp 4.7-liter V-8 (later upgraded to a 330-hp 4.9-liter unit), the Ghibli stood up convincingly to contemporary exotic GT rivals such as the Lamborghini Islero, Ferrari 365 GTB/4 Daytona, and Aston Martin DBS. Named after a hot, dry Libyan desert wind, the Ghibli was held in such esteem at Maserati that the brand reintroduced the name not just once but twice, revived for the 1992 Biturbo-derived V-6 three-box coupe and resurrected once more in 2013 for the current sedan.

Anticipating today’s new mid-engined MC20 by almost 50 years, the 1971 Bora was Maserati’s first production model to feature a centrally-mounted motor, with a 4.7- and later 4.9-liter V-8 borrowed from its front-engined Ghibli sibling.

Styled by Giugiaro at his then-fledgling Italdesign Turin studio, the Bora predated fellow mid-engine Italian adversaries from Lamborghini (Countach) and Ferrari (Berlinetta Boxer). Today it’s a relative bargain, with the earliest cars selling on average for $104,000.

Developed during Citroën’s brief custodianship of Maserati, the Bora used a number of the quirky French vehicle maker’s proven innovations (along with its front-engined Khamsin stablemate), such as pneumatic brakes (operated via a pressure-sensitive “mushroom” button) and hydraulically-adjusted seats.

In 1972, Maserati introduced a more affordable version of the Bora in the form of the Merak, a mid-engine 2+2 utilizing the more compact Modena-developed V-6 motor from the Citroen SM, with much of the Bora’s bodywork shared with this lesser model.

Following Citroen’s financial collapse and subsequent takeover by former rival Peugeot in 1974 to form the PSA Group, Maserati fell into the ownership of De Tomaso.

The oft-forgotten Maserati Kyalami was the first evidence of this new ownership (the model being a reworked De Tomaso Longchamp) with a radical departure for the marque waiting in the wings in the form of the smaller, more mass-market Biturbo.

This fragile BMW 3 Series-esque model saw Maserati survive in a somewhat hand-to-mouth fashion throughout the 1980s, with a confusing raft of Biturbo derivatives, ranging from humble 2.0-liter coupes through to the faster and more exciting Karif, Shamal, and Ghibli II.

With De Tomaso faltering, Fiat acquired Maserati in 1997. Reassuring signs of relief quickly came in 1998 with the new 3200 GT introduction, an attractive 2+2 coupe that displayed a return to form in the finest Maserati traditions. Styled by Italdesign, the handsome 3200 GT did much to restore interest and faith in Maserati. Its distinctive “boomerang” taillights become a signature feature, the first rear lights in the world to use LEDs. Regrettably, the rear lamp units were replaced in the revised 4200 Coupe in 2001 due to consumer research in the U.S. market, where Maserati was due to relaunch itself.

To satisfy homologation requirements, 50 road-going MC12 were also produced, each based around the Ferrari Enzo’s chassis and mid-mounted 6.0-liter V-12, which delivered 621 hp and a 205-mph top speed in Maserati guise.

Longer and wider than its Enzo cousin, the MC12 was criticized for being tricky to get in and out of; once underway, critics praised the model’s ride quality and performance. Scarcer than the Ferrari, the MC12 is now highly sought-after. It was also the last mid-engined Maserati to be commercially available until the release of the “new era” MC20. Nearly 15 years separate the two. 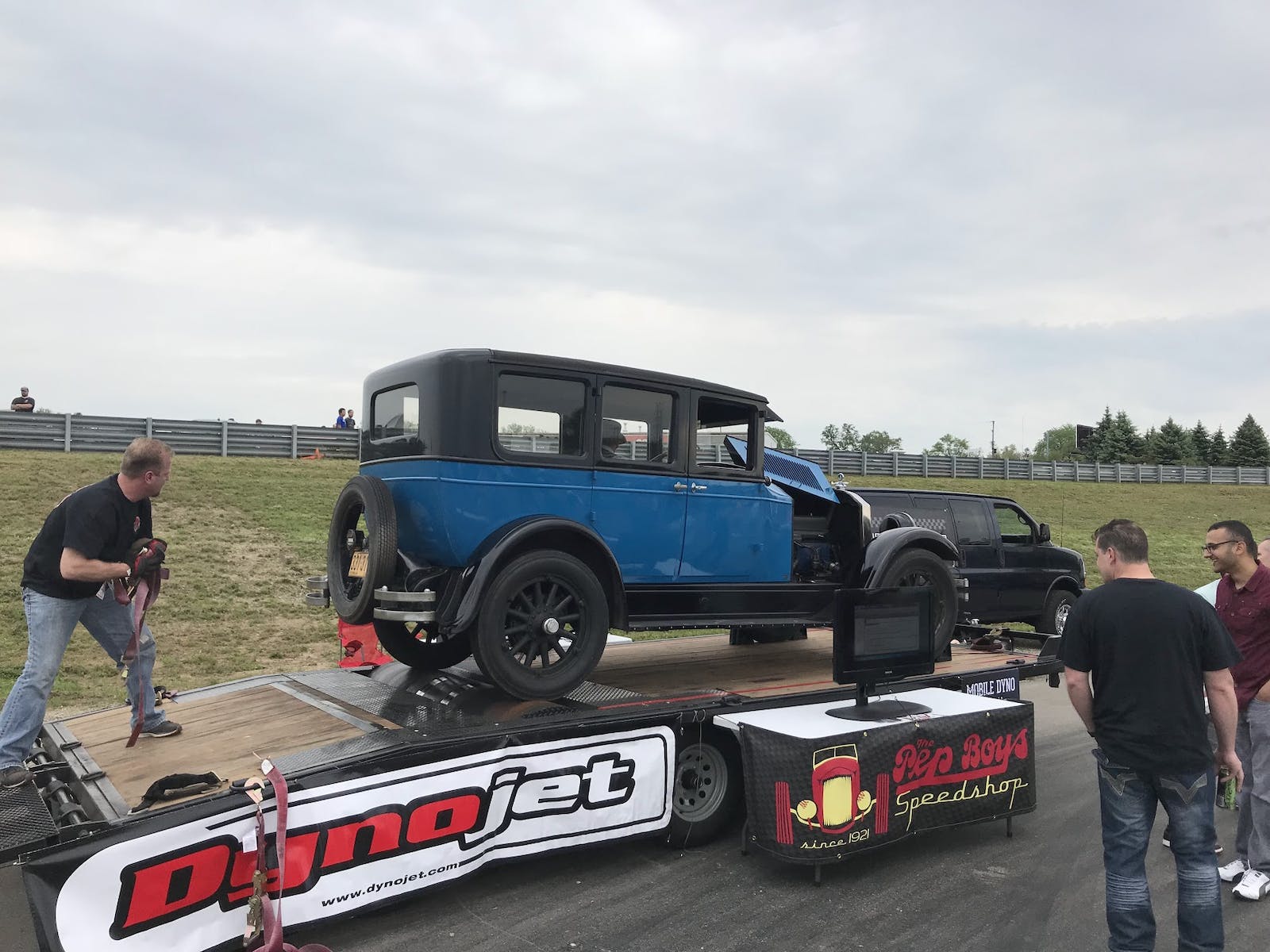 Get an insurance quote
A Story About
Leave comment
Read next Up next: Does this 10-mile 2002 Monte Carlo SS Intimidator do it for Dale?