The automotive enthusiast community has a love-hate relationship with station wagons over time, but is it actually a hate-now-love relationship? Because what was once the butt of many a joke in the 1980s and ’90s fizzled into obscurity, only to arrive in the classic car realm with a new name: Longroof.

Indeed, the vehicles that look like a family sedan but with a far longer, far more practical roof are fully in vogue. No longer beaten down by minivans, SUVs, and crossovers, these station wagons are not only part of a bigger trend in longroof appreciation, but surprisingly obscure examples (of an already modest automotive genre) exist, surviving a seemingly-expected fate atop the scrapheap. So here are four examples of such longroofs on Hagerty Marketplace, none of which are the usual players in this space. And who doesn’t love having an obscure example of an under-appreciated automotive genre?

The Dodge Aspen and Plymouth Volaré made their mark on society with several major quality concerns, but do you remember they also came in a longroof with Chrysler’s legendary slant-six “Leaning Tower of Power” under its downsized hood? This Aspen wagon has an automatic transmission, power steering, and air conditioning. The colors are pure Malaise-era perfection, as the seller lists its hue as “Tahini Tan” with a dark tan vinyl interior.

The interior looks very clean and original, only with a bluetooth-enabled radio as both a modification and concession to modern times. The Magnum 500 rims also come with the original hub caps, making this Aspen wagon one of the best ways to embrace the downsized lifestyle of the late 1970s.

How could a General Motors station wagon be named after female denizens of France’s capital city, be sold in the United States and Canada, and get away with it? It probably has to do with the great bones underneath and the fact that it’s a catchy name no matter what. The Parisienne started life in Canada, but became a staple in stateside Pontiac dealerships by the time it was affixed to GM’s B-body as a coupe, sedan, and (wait for it) station wagon. Offering a bit more luxury and swagger than your average Caprice Estate, but not the ostentatiousness of the Buick Electra Estate Wagon, the Parisienne Wagon was perfect middle ground in a market that was rapidly contracting after the 1984 introduction of the Chrysler minivan.

But Pontiac persisted, keeping it around with a new name (Safari) until 1989. This example from 1986 sports a rather unconventional color scheme of sleek black paint, maroon cloth, and aftermarket wood-toned vinyl with blonde highlights. The list of expected interior features includes a rear-facing third row of seating, and is propelled by a 305-cid V-8 with a four-barrel carb. The seller states that every electronic assist works as intended, aside from the radio and cruise control, which is “spotty.” Like many GM products of the era, the bumper fillers need replacement, but a set of repair manuals are included with the wagon.

Wait, we have two Pontiac station wagons on Hagerty Marketplace? While Pontiac made the previous example into a throwback “Safari” towards the end of production, this 1963 example is a better representative of what made Pontiac’s longroof more appealing in the wagon’s heyday. This particular Catalina body was a big stylistic influence for the second-generation Pontiac Tempest, which became the GTO. (You can see it most in the split grille and stacked headlights.) Who wouldn’t want a family hauler with the style and street presence of Pontiac’s seminal creation for muscle car fans around the world?

This example sports Pontiac’s 389-cubic-inch “Trophy” V-8 with the standard two-barrel carburetor and an automatic transmission. The seller states that 18,446 Catalina Safaris were built, and he has collected significant amounts of documentation to prove the vehicle’s authenticity. There’s fresh paint and a redone interior, along with a promise of further improvements, as the owner states that items “like the dome light don’t work, but I’m slowly addressing things.”

No list of obscure station wagons for sale in America is complete without a diesel Mercedes-Benz wagon, right? But unlike your average, chrome-laden Germanic oil burner from the 1970s (the ones that put the brand on the map in America), this is a later 300TD based on the modern W124 chassis. Cutting edge at the time and still a stunning drive by modern car standards, adding a longroof and a turbo diesel engine to the W124 only makes it cooler. Maybe even cooler than the high-performance 500E?

This example has a whopping 425,000 miles but sports its original paint and interior. The owner stopped using it as a daily driver in 2013, but it comes with many restoration parts and previously serviced it with a “local Mercedes Specialist.” At this price, this W124 could make for a great project car that will take advantage of the diesel longroof’s long term profit potential, as they seemingly become even more popular over time.

Clearly this isn’t a wagon, but it’s one heckuva long roof. The fullsize van has one of the best ratios of roof to (engine compartment) hood in the universe, and this one has the “high top” conversion that includes enough headroom for most folks to stand up inside the van’s massive cabin. The 1995-up Chevrolet Express and GMC Savana take all the best of van culture and pair it with modern day truck hardware.

While this older example lacks the LS-series engines, the Vortec 5.7-liter V-8 is no slouch for family hauling and can easily be souped up with bolt-ons, if a hot-rod long roof is in order? This example does need some attention after 289,000 miles and 25 years on the road, but the hi-top roof has a power-operated rear bed/seat, rear HVAC, wood trim, and accent lighting under its elevated cover. You can make a scene with a longroof these days, but there’s only one way to literally raise the roof at a car show. 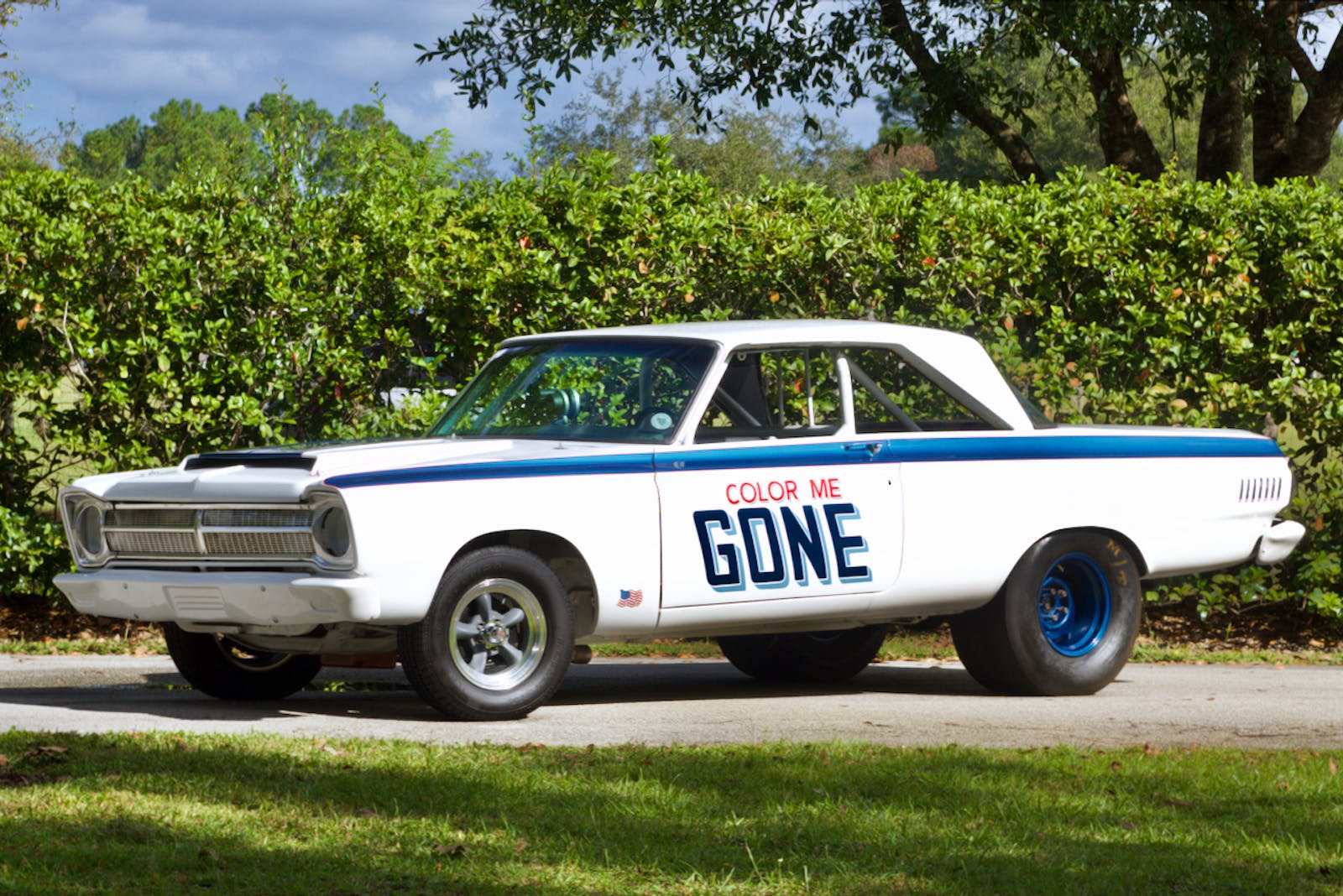 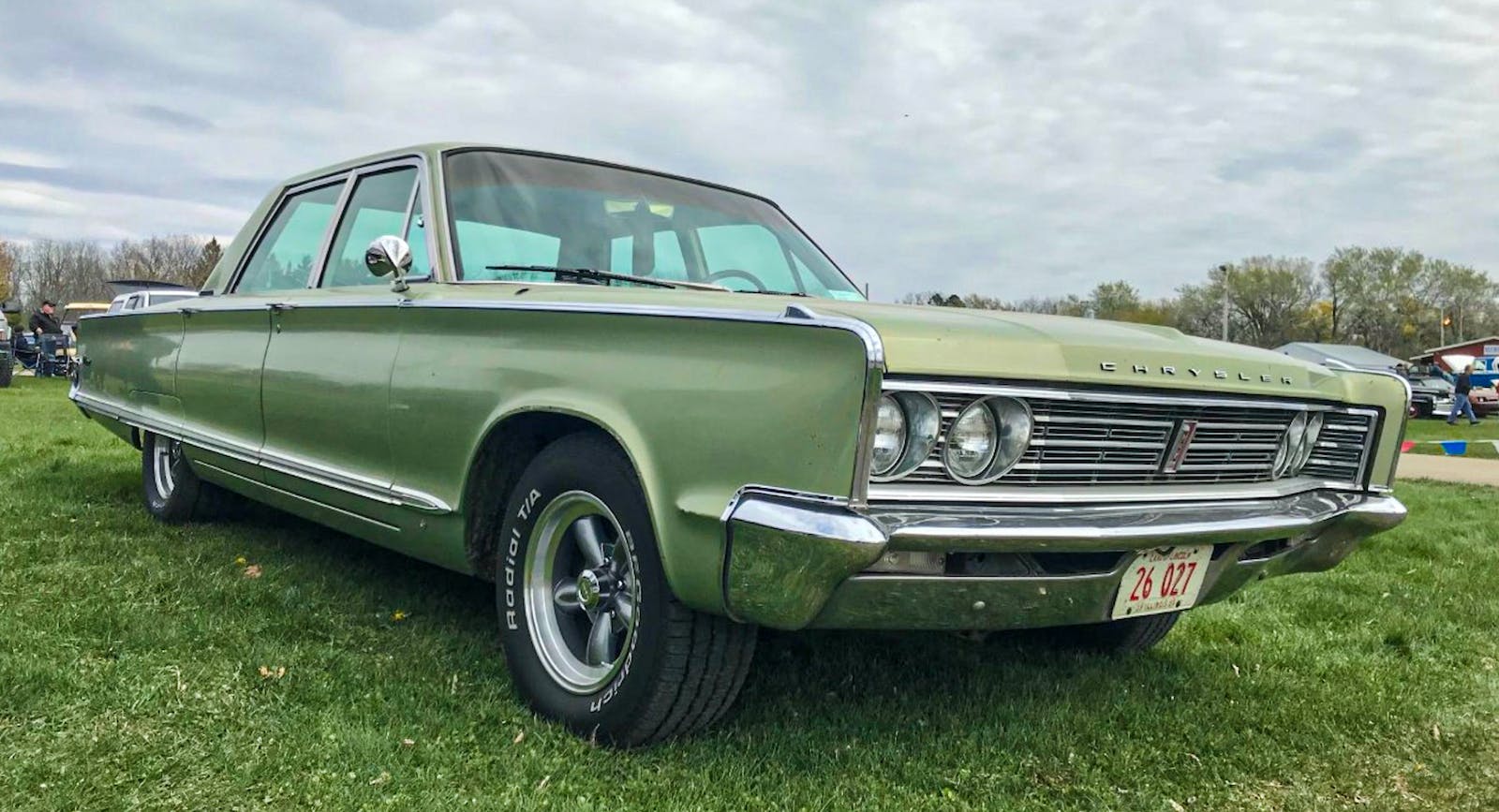 Get an insurance quote
A Story About
Share Leave comment
Read next Up next: BMW tweaks 2023 BMW Z4, but still no manual transmission

Reminds me of the Fox Body Fairmonts and LTD wagons with Mustang front clips.

Thanks for this Sajeev.

I have always liked wagons. I bought an 88 Olds Cutlass Custom Cruiser as a wore-out lemon after finishing school. Lasted 6 months (cracked block).

We see the Aspens for sale pretty regular around here, which is odd as so little survives the rust.

Pretty blown away that you’ve seen Aspens on a regular basis, I should be saying that in my rust free area…but I can’t!

I drive by a grey one every day that has been sitting at a sketchy car sales… spot… for a couple of years now.

My buddy had an Aspen wagon like this one. The drivers seat was held up with a tire iron wedged in the back. It was not more than 4 years old at the time.

I wonder if they actually rusted in Chrysler’s sales banks and in dealership inventory…or if that’s just a rumor spread that writers picked up on.

I’ve had a few wagons in my lifetime, but I clicked on the Safari and fell in love. No way it’s worth 42 Grand (at least not to me, and especially not if “the dome light don’t work”), but it is a cool car.

I find it hard to imagine “falling in love again” with cars I never loved in the first place. The Dodge Aspen is a glaring example.

The cover photo begs to differ with your assessment. 🙂

Ummm, well Sajeev, I don’t think that guy in that photo is in love with the wagon. Jus’ sayin’… 😏

This car is also a Hagerty Driveshare car…so it was either rented for a wedding photo shoot, or for a movie prop. No matter, I am way overthinking this.

You think that’s bad, they actually sold the sedans as patrol cars.

Aspen, are you kidding. 70’s Vista Cruisers probably top the list. Full size GM’s with the rear facing seat and 3 way tailgate gotta be up there to. I like the Benz, but top 5…..

There’s nothing obscure about GM Vista Cruisers. They are likely the most popular wagons, and this story is about obscure ones.

The best ever Roadmaster for its time was the 1949. Massive beast. Dynaflo a big sluggish behind straight 8 but once rolling you could drive thru a cornfield and not know it.

This vintage Aspen/Volare had front fender replacements as part of the yearly tune up in northern climates. An old buddy who owned a dealership at the time said they ordered replacement fenders by the gross for these dismal vehicles. Many were replaced under the new car warranty.

Wow if this is what Fbody wagons are going for, I got my all original 80 Volare premier woody wagon for a good price. That’s 3 times what I paid for mine in Canadian dollars 11 years ago!

The Safari, the Catalina, when sanity prevails the Aspen because of physical size.

Back before the SUV was a SUV! My Fathers 1968 AMC Ambassador – one of the only new cars that he ever bought. Or the 1962 Rambler Station Station wagon with the red interior – after a little fender bender – he put an extended wood box out the back – Saturdays we used it to pick field corn or to haul in firewood – it served its purpose until we finally bought a tractor – Thank you for the help in recalling the memories!

Hard to believe nobody has a Chevy Celebrity to sell on the site! Those wire wheels were the shizzle, and that (lack of power) was incredible!

My first car was a wagon. At the time, I guess they were “uncool” for a 17 year old but I didn’t care. My second wagon was acquired in February 1974 (a 66 Chevy) to replace a winter rat I was driving to keep my new Nova out of the salt. In later years, that Chevy wagon with big block power embarrassed many muscle cars both on the street and strip and was my primary driver for 9 years. It was the most fun,versatile car I’ve ever owned.

Today that ’66 Chevy wagon resides in my fleet, along with two 80’s vintage Olds Custom Cruiser wagons. I’ve owned many other wagons over the years as well.

1974 through 1977 Chrysler Town and Country 9 passenger station wagons were the pinnacle of luxury!

I recall the unique retractable roof of the Studebaker Daytona Wagonaire, quite useful appearing, but clearly never a popular idea.