The small town of Speedway hides a big secret

POP QUIZ: WHERE IS THE INDIANAPOLIS MOTOR SPEEDWAY?

That only seems like a dumb question. In reality, it’s more of a trick question. The racetrack known as the Brickyard is located not in Indianapolis but in the small enclave of Speedway, Indiana. Although Speedway has only 12,000 residents, this township on the western edge of Indianapolis contains an oversize assemblage of racing shrines worthy of any gearhead’s attention.

The biggest attraction, literally and figuratively, is IMS, the most famous racecourse in the world and the site of the Greatest Spectacle in Racing, the Indy 500, since 1911. The physical plant encompasses 1025 acres, with room for the 2.5-mile oval and 400,000 spectators, as well as a world-class road circuit and part of a Pete Dye–designed 18-hole golf course.

Even if you’re not a racing driver, you can sample the track. The deluxe approach is the Indy Racing Experience, which puts you behind the wheel of a detuned Indy car. If you’d rather leave the driving to someone else, you can ride as a passenger in a two-seat version. A much, much cheaper option—a mere eight bucks—is a bus that slowly circles the track. Guided tours are available, too.

The other must-do activity at the Brickyard is visiting the Indianapolis Motor Speedway Museum, which houses the world’s finest collection of historic race cars. More than two dozen Indy 500 winners are displayed, along with a bunch of sweet Grand Prix cars, NASCAR stock cars, and sports cars, not to mention a bonanza of incredible memorabilia.

When you’ve done it all at IMS and are ready to examine race cars from the inside out, head over to the nearby Dallara factory, where the IR12 IndyCar chassis are built. A garage tour will let you see how cars are designed, fabricated, and assembled. Elsewhere, you can browse through displays of show cars, engineering blueprints, and other exhibits.

Tired of merely looking at race cars? Satisfy your need for speed at Speedway Indoor Karting, which is owned by retired Indy car driver/owner Sarah Fisher. There are two racetracks—a crazy multilevel road circuit and karting’s only banked oval. (Picture a pint-size Bristol Motor Speedway.) If you’re hungry, the 1911 Grill here is a fine pit stop.

Unfortunately, none of the handful of race shops in Speedway is open to the public. But you can absorb some Indy fairy dust at the Foyt Wine Vault. In addition to a few of A.J. Foyt’s own cars and memorabilia galore, the wine bar features local beers, charcuterie plates, and vintages from the Foyt family vineyards in Northern California.

If you want to rub shoulders with mechanics and drivers, the Union Jack Pub belongs on your to-do list. Legend has it that Bobby Rahal hung out here before winning Indy in 1986. Meanwhile, celebrated racing journalist Robin Miller loves to take foreign drivers to the Mug ‘n Bun, prized for its carhop service, homemade root beer, and fried everything.

Another fave with the motorsports community is Charlie Brown’s Pancake & Steak House. Although the homely façade doesn’t promise much more than standard diner fare, the menu includes an exemplar of one of Indiana’s most beloved delicacies—hand-breaded, fried pork tenderloin. Eat up, and feel like a homegrown Hoosier! 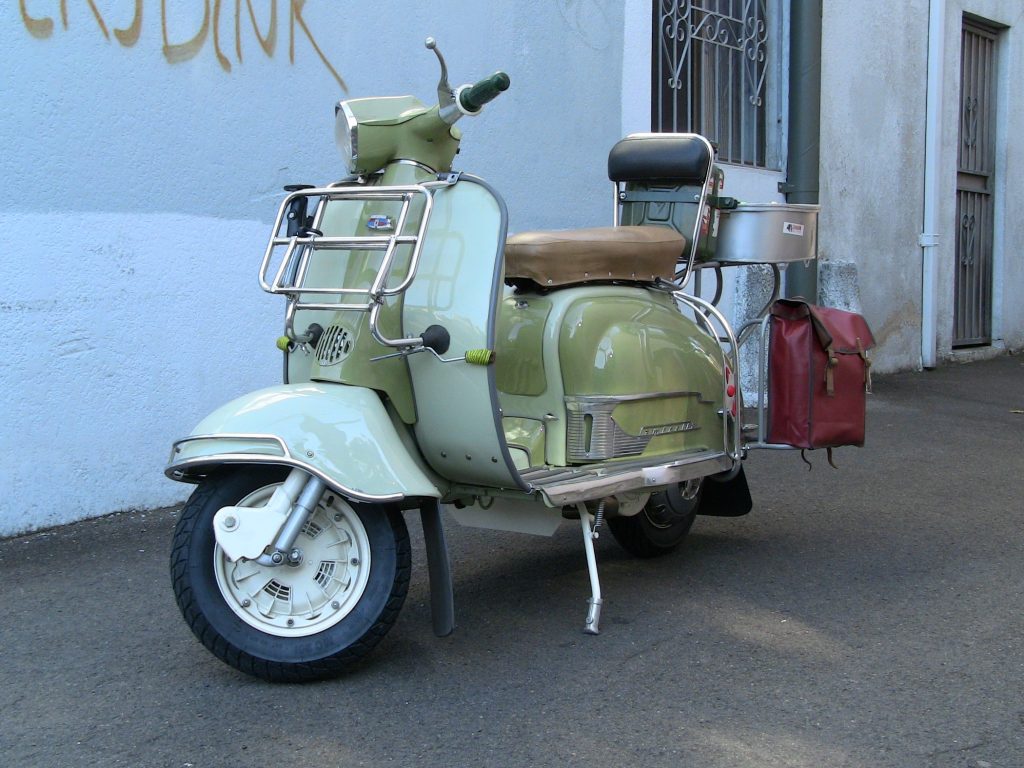