This fleet of fully functional vintage firetrucks is ready for adventure

For three decades, I ran an auto repair shop in Hellertown, Pennsylvania. At some point—long enough ago now that I can’t remember—I joined the Dewey Fire Company of Hellertown as a volunteer. The company dates back to 1898, and they named it after Admiral George Dewey for his victory at Manila Bay during the Spanish–American War. As far as I know, he had no connections to Hellertown and probably never even heard of the place, but he was a hero back then, so it stuck.

I own a pretty eclectic collection of vehicles, but I’m particularly connected to four trucks I bought from the fire company: a 1959 American LaFrance 900 Series pumper, a 1976 International 1700 rescue truck, a 1977 American LaFrance Century Series pumper, and a 1989 Hahn pumper. Starting in the 1970s, each truck in the company got a nickname after a character from Rocky & Bullwinkle, indicated by their front license plates. So there was Boris (the ’59), Natasha (the Hahn), and Rocky (the International). We had a ladder at the time, which I don’t own, but that was called Bullwinkle. And then we had two ambulances, Mr. Peabody and Sherman.

I’ve got great memories of operating each of these trucks when they were in service, so as the opportunities popped up to buy them when they were being replaced, I couldn’t help myself. Everything on all the trucks is still fully operational. About the only thing they’re lacking to fight a fire today is water in the tanks.

The ’59 is the last open-cab pumper that American LaFrance made. Before radios, open trucks were all about visibility and communication—whether it was getting eyes on the smoke before you’d arrived at a fire or being able to see hand signals from the guys at the pump panel. Not having to twist your head out a window just made it easier. But it sure was terrible in a blizzard. I remember going out on calls and coming back to 2 inches of snow on the seat. I hated having to shovel snow out of the cab. The leather seat would be slick, of course, and every time I’d go to push in that heavy clutch, I’d just slide back.

Hahn was a Pennsylvania company with a long history of manufacturing fire apparatuses. In the late 1980s, there was some domestic mess between the Hahn heiress and her husband, and money was badly mismanaged. Shortly after this ’89 was built, a bankruptcy judge ordered the whole company liquidated.

This Hahn went out of service in 2014, which was really a shame, because it had fewer than 10,000 miles on it. It had some great equipment, too, like a deluge gun, and it was in wonderful shape. But the younger guys realized they couldn’t really drive stick, so they got rid of it. I mean, you’ve got to hit the gears right, but that was always the case, even when it was new. But the people back then had a different mindset: “Well, we’ve got this truck, and we’re going to have it for a long time, so we should take it out and learn how to drive it.” Now, it seems the younger guys think: “Well, this old truck is junk, so we’ve got to get a new one.” So they spent $640,000 to replace it.

The 1976 rescue truck is neat because it’s so diverse. It’s got rescue tools. It’s got medical capabilities. It’s got a pump on it. There was always a lot you could do with it in an emergency. I love it now because it makes for a great place to sleep. When I take the trucks out to a show like the Antique Truck Club of America’s national meet, where I’ve been going since 2002, I camp out in it. And when I open it all up, it draws a crowd, because that thing is totally packed with equipment, everything imaginable for the time.

Back in about 1953, the company bought a Spangler truck, which was an offshoot of Hahn. Spanglers were really weird-looking and they only built three, but Hellertown bought one. They called it Big Bertha, and it was so big that pretty soon, they discovered they couldn’t make the corners around town with it. It was a disaster, and it only stuck around for a few years. I’d love to get my hands on that thing.

New firetrucks aren’t cheap, but lots of purchase programs for fire companies make buying them pretty easy. That means fire companies don’t really want or need to keep old trucks around. So there’s a big supply of vintage firetrucks out there, and they don’t sell for what you think they would. They’re cheap, in other words. The biggest obstacle to collecting them is space. Most collectors just don’t have a garage big enough to house them, but if you want one and you have a place to put it, you can usually do pretty well on them.

And a bonus, at least for me, is that they don’t require much upkeep. For one thing, I don’t use them that much. I’m not flying to fires in them anymore. Since they were always so well taken care of when they were in service, and because everything on them is so heavy-duty and built to last, they’re not too difficult to preserve. I feel I get to enjoy them more as a result.

People 23 and Me: Viper-crazy collector is all for love—and money
Cameron Neveu 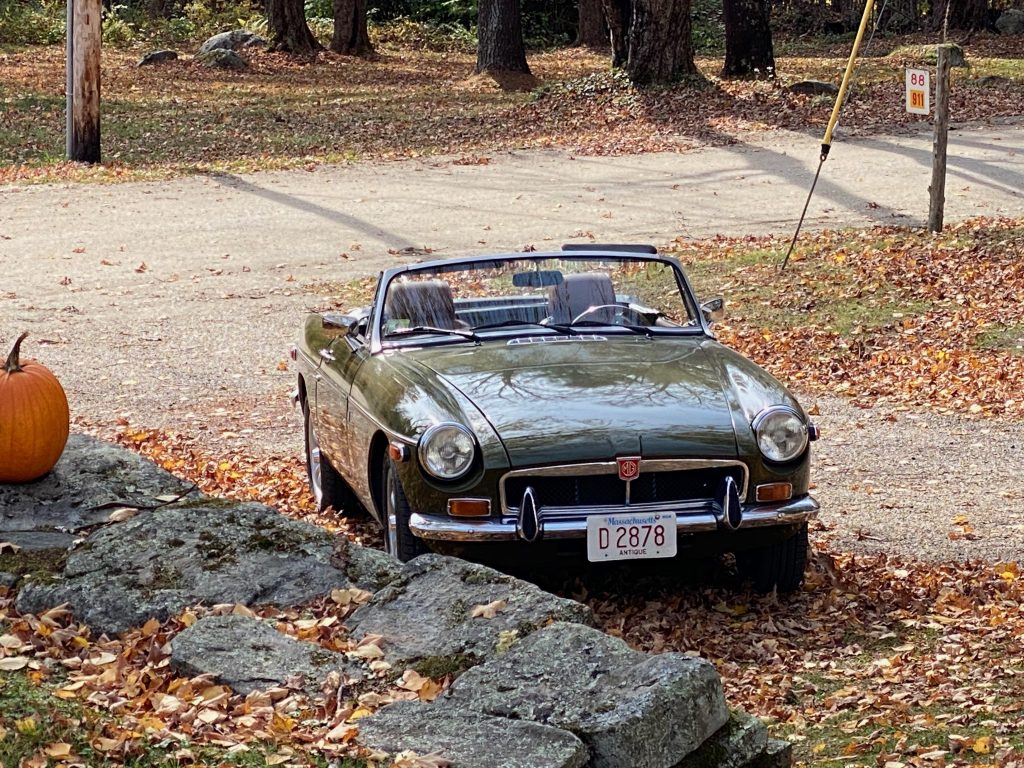 Maintenance and Tech $25K Project Dino: Our editor-in-chief does not despair—yet
Larry Webster