With the Detroit Concours d’Elegance festivities taking place September 17 – 18, 2022, the Motor City will be packed with immersive automotive experiences including a party Saturday night featuring a roundtable discussion with leaders of the car world. The Motor City Party will be held at the College for Creative Studies from 6:30pm-10:00pm. One of the panelists speaking about the future of the automobile industry will be Hau Thai-Tang.

Mr. Thai-Tang is the Chief Product Platform and Operations Officer at the Ford Motor Company. This means he is globally responsible for overseeing all aspects of the company’s product design, engineering, and development. Thai-Tang is a 34-year veteran of Ford who rose to prominence as the chief engineer for the 2005 Mustang redesign. This model helped endear himself to Mustang fans, while others will remember him as the director of Ford’s in-house tuner division, Special Vehicle Team (SVT). More recently he led the development of Ford’s current product lineup including the Mustang Mach-E, Bronco, Maverick and Lightning. 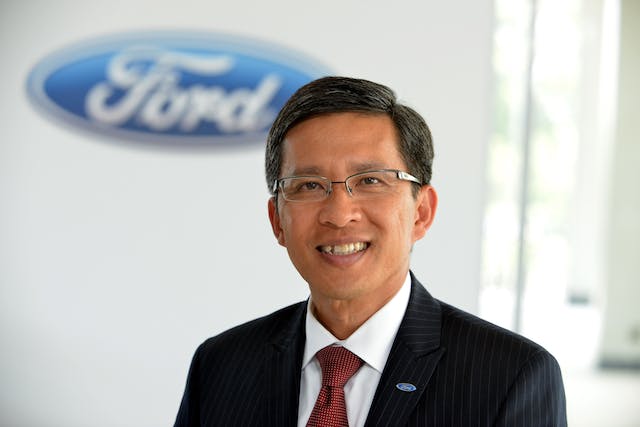 Thai-Tang directed all global engineering for car, truck, SUV, and crossover vehicles during his time with Ford and Lincoln including international assignments in Germany and Brazil. Fascinatingly, his career didn’t just include production cars as he was a race engineer for Ford’s Newman-Hass IndyCar team in 1993. His efforts helped Mario Andretti become the oldest IndyCar winner at age 53 and Nigel Mansell win the driver’s championship.

As a graduate from Carnegie Mellon University with an MBA from University of Michigan, he joined Ford as a college graduate trainee. Two weeks after the Detroit Concours, he will wrap up his accomplished career as he retires from Ford. Hau Thai-Tang has overseen the development of multiple celebrated vehicles and most recently helped lead Ford through the COVID-19 crisis and a series of global supply chain challenges. As an avid car enthusiast Thai-Tang has played an important role in Ford’s mission—to make cars “fast, fun, and affordable”.

“I’m very grateful and honored to have served at Ford and proud to be leaving the company with one of the strongest, freshest and most appealing product lineups in our great history,” Thai-Tang said. “I plan to sprint across the finish line as we prepare to introduce more great products like the seventh-generation Mustang, and work closely with Jim, my Ford colleagues and our great suppliers on a smooth transition.”

Join Hagerty as we hear from Hau Thai-Tang alongside the other panelists McKeel Hagerty CEO, Hagerty; Ralph Gilles Chief Design Officer, Stellantis; and Doug L Parks Executive Vice President, General Motors. They will discuss the future of the automobile industry and what they’re doing to keep driving alive. The party will also pay tribute to our 2022 Honoree, Ed Welburn, a designer, Automotive Hall of Fame inductee, and former General Motors Vice President of Global Design.

In addition to the Saturday evening party, there are events going on all weekend in Detroit. Saturday is filled with family friendly activities including multiple different car shows, kids zone, and free ride and drives in cool cars. Sunday features the Concours d’Elegance at The Detroit Institute of Arts. Built upon the Concours d’Elegance of America’s four decades of excellence, the reimagined event will place participants right in the middle of the thriving design, music, and sporting heart of Detroit. Hagerty is proud to invest in downtown Detroit, just blocks from where so much of car culture was forged. 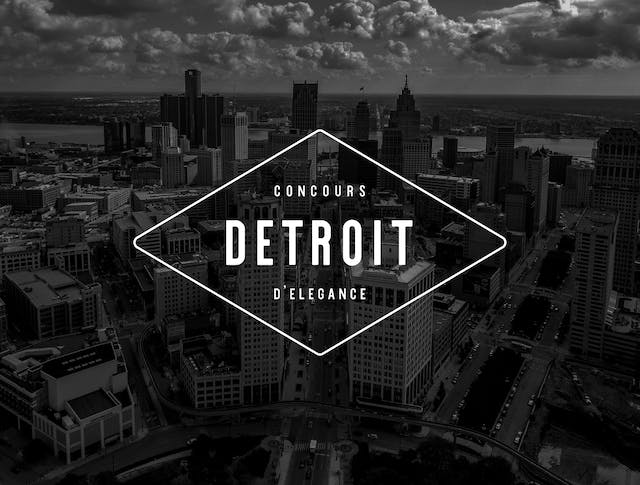 Get an insurance quote
A Story About
Leave comment
Read next Up next: Pride of Van Nuys: GM factory’s final car went to a Z28 superfan