Watching your kids approach driving age provokes some serious emotions in a car-happy household like ours. Mine are growing up around a bunch of weird cars, some of them even in running condition, with a dad who drives them all over the country for fun and his job. Let’s not forget Mom in the equation, either—these days my wife very begrudgingly owns a daily driver with an automatic transmission. Suffice it to say, cars are looked at as way more than basic transportation around here. So if you want your son or daughter to gain some real-world skills and develop an appreciation of their own for what cars can do, where do you go?

The Skip Barber Driving School has been training drivers and racers for more than 40 years, and Hagerty has partnered with Barber to run our Driving Academy series at tracks around the country. It’s a single-day course and is a combination of classroom instruction and a series of exercises built to not only teach skills to a young driver but to reinforce good habits for the more experienced. Sounded perfect to me, since the last time I had any formal track instruction was back in Colorado more than a decade ago. With a freshly minted 16-year-old driver now in the house, it seemed like a fantastic opportunity for both of us to have an incredible learning adventure behind the wheel.

New Jersey Motorsports Park is only a few hours away, so Oliver and I signed up for the course held at that track. The website has a full schedule of tracks to choose from, being kind of a traveling road show between places like Sebring, Lime Rock, NJMP, Laguna Seca, and many others from coast to coast. We added to the adventure by selecting my ’87 Porsche 911 Carrera as our road trip vehicle of choice, combined with a ride on the car ferry between Delaware and New Jersey. Take a regular car on an adventure like this? Not on my watch!

We arrived at the track bright and early and took a look around at the cars parked outside the building—a smattering of Mustangs, four-door sedans, and even a super cool ’67 Camaro. Now you’re talking! Some of the other participants were also arriving, and we met Mike and Dayn, a father/son duo in a similar situation to ours. Rob was a more experienced driver looking for a skills adventure, as he had a late-model, high-performance Mustang of his own at home. It seemed like everyone had really been looking forward to this and was ready to get started.

If you haven’t been to an event at a race track before, get ready to sign a lot of waivers. By the time we were all signed in, I think we had three different wristbands on. By this point, it was about 8 a.m. and we were shepherded into the classroom, where we got our first dose of instruction for the day and learned exactly what we’d be doing. The instructors were experienced and friendly, not surprising for a top school like Skip Barber.

In the classroom, we got into the physics of contact patches, understanding the weight distribution of your car while turning and braking, the difference in understeer and oversteer, how to regain control of your car from a skid situation, and more. It was fun to see my son’s head nodding to the points being made on the whiteboard, and I have to admit the refresher in the basics was helpful to me as well.

After about an hour, it was time to get outside. Adjacent to the track was a large area set with different areas of cones and lights. Each exercise would now test our knowledge of the classroom chat we’d just finished, with an instructor in the passenger seat giving us the real-world help we’d need to master it.

Some of our favorite scenarios had to do with the basics, and for that we had several modern four-door sedans at our disposal—real-world cars for real-world learning.

Most people have never actually used the full braking capability of their car, so that was first. The instructors would bring us up to about 40 mph on the course, and at a set of cones we were to absolutely put that brake pedal to the floor and steer the car straight. The pulsing of the ABS also allowed us to practice full braking while avoiding an obstacle in the next test. Then we moved to trail braking exercises, where you use full brake pressure and then smoothly release, all while navigating the turn to stop in a marked area. If you did it right, no drama and lots of high fives. Not getting it? Full cone destruction. The instructors mentioned that many people simply don’t know what a car will do when you must stop suddenly, so these kinds of exercises are key to the overall picture of performance.

Next segment involved some high-speed accident avoidance—a section was set up where you would approach a row of cones at about 45 mph, after some rather brisk acceleration. To the left and right of your forward progress was a light on a stand, and depending on which one flashed you would turn into that lane immediately and brake, stopping in the shortest distance possible. This was a fantastic exercise and was meant to replicate a scenario where you might be confronted with a vehicle in front of you stopping suddenly in your lane. You must train yourself to make a split-second decision to move left or right around it and stop safely. These real-world safety applications could save your life.

As we spent more time in and out of the cars, the group was having a great time. I was watching my son carefully, and it was obvious he was enjoying his first experience learning how to control a car outside of the regular commuter mindset. There’s really nothing like seeing your son or daughter “get it” when in a situation like this. Would it be corny to say that we were having a bonding experience? Probably. But who cares, it’s was happening!

The drills so far had been in the modern sedans—Nissan Altimas, if I remember correctly—and now it was time to mix it up a little for the manual transmission segment. I drive a manual every day, so I was really more interested in seeing how my son took to the experience. He hasn’t been too gung-ho on driving any of the family manuals yet, sticking mostly to his hand-me-down Honda Accord with an automatic. My wife and I both want him to gain an appreciation for rowing his own gears.

The instructor broke us up into two groups—one set of us with the ’67 Camaro and the other with a Roush Stage 3 Mustang with about 760 horsepower. Finally! The talk was naturally about finding the friction point in the clutch, adding power, and then moving on around the cones on the course. Both the Camaro and the Mustang had plenty of torque, so easing off smoothly was no real trick, and I was so glad to see the instructors showing everyone how to do a proper downshift blip when moving back down through the gearbox. I was watching my son carefully during this part and he did great. Hey, if he can drive the Camaro, the family Sunbeam Tiger at home is available.

This really brought me back to memories of my driver education experiences. As a kid in the ’80s, the cars I was learning to drive on were mostly our family’s 1980 Chevrolet Citation and a 1984 Plymouth Voyager minivan—both with stick shifts. Try finding a stick shift Voyager these days (and if you do, call me). I’ve always loved the extra interaction while driving a manual, and I am hoping both my kids also begin to love the experience. It’s harder these days, with most manufacturers eliminating the option, but not impossible.

Somewhere in here we broke for lunch and more classroom time. The afternoon was dedicated to the art of skid control and carving an apex, and we were all chomping at the bit to get back at it. You could really see how the level of confidence was increased with everyone in the room with drivers young and … older.

I think recovering from a skid is one of the most fun things you can practice in a car—the trick is you need a way to break that traction without going at too high a rate of speed. In the past, this usually meant you needed water (or if in winter conditions, ice and snow) to get that back end wagging. Well, not anymore—we were using a training tool that was incredibly simple called EasyDrift. This was a hard-plastic donut wrapped around one of the rear tires, and when you added just the right amount of speed, around she goes.

We practiced recovering from a circular skid pad exercise, and the point was to build speed and catch the car before you went all the way around. We were back in the four-door sedans for this, and they were front-wheel drive. None of us could get enough of this skid pad exercise, and it made me remember my ice-racing experiences back on Georgetown Lake in Colorado with the Porsche Club. We’d run an autocross course set up on the frozen lake, and you never stopped correcting the wheel.

Final exercise of the day was the autocross, where everyone had the chance to string all the instruction together into the fastest times you could muster around the course. We were timed, and points were taken off for hitting cones, as usual. The best times around were in the 20-second range, and it was obvious that smooth driving was the faster way around than just plowing through every corner on screaming tires.

I can’t recommend this Hagerty/Skip Barber course more highly—as a more experienced driver it was a fantastic refresher course with an instructor, and for the young ones in the group it was a wonderful opportunity to stretch the limits in controlled conditions. What we learned in one day can be built upon by many of Skip Barber’s track instruction classes. That will be our next adventure.

Events The Main Street of America: Still Getting “Kicks On Route 66”
Howard Koby 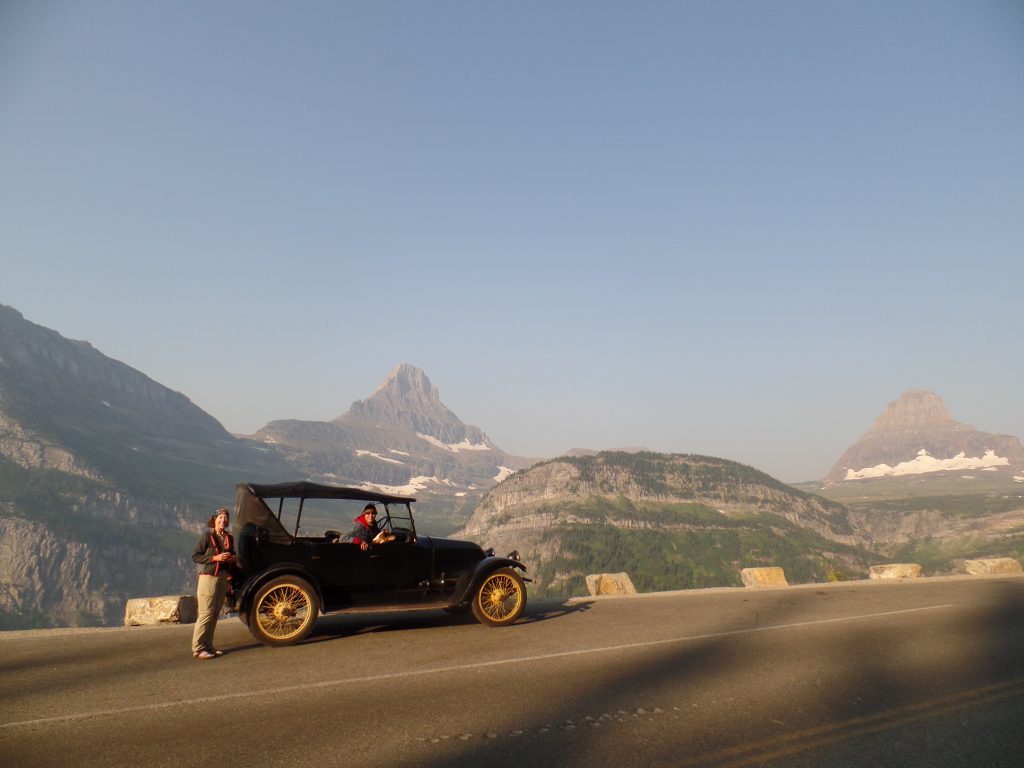 Driving Fly out, swap an engine, drive a Rabbit pickup across the country? James is going to try it
Nick Bygrave 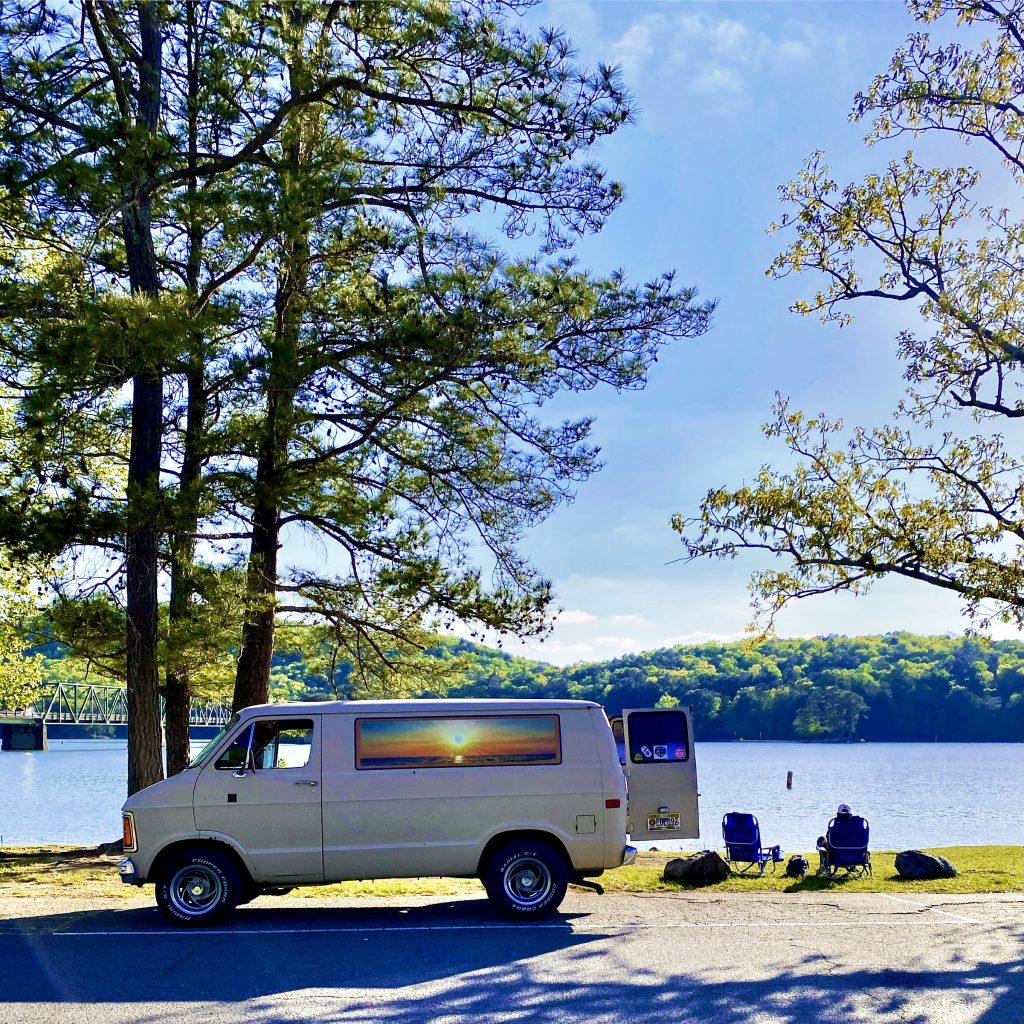