This Demon-killing VW Beetle is born in Canada

Marcel Horn, president of Canada’s HPA Motorsports, is chasing down the details. “There’s something just not quite right there with the shift to second gear, just a slight hesitation I’m not happy with yet.”

Then he unleashes 705 hp and 790 lb-ft of torque of turbocharged fury against the pavement, rocketing forward and leaving our spleen twirling gently in a cloud of dust fifty feet behind us. This isn’t the crushing acceleration you might get from a Hellcat; it’s a Demon-worthy launch delivered courtesy of all-wheel-drive and 275-mm (10.8-inch) rubber at all four corners. Those power figures, by the way, are measured at the wheels, matching that of Dodge’s baddest Challenger for horsepower and beating it by more than 100 lb-ft of torque. In a Volkswagen.

Of course, this is no ordinary Bug. As the Beetle headed towards its end-of-production date in July of last year, a customer threw the gauntlet at HPA’s feet: Create an ultimate expression of the modern-era bubble-shaped Volkswagen. Horn and his crew toiled endlessly to build such a machine that defies all reason.

Based on the body of a Beetle Dune, this ultimate iteration is so much wider than a Golf R that the drive axles had to be lengthened. It has a seven-speed dual-clutch gearbox sourced out of an Audi TTRS and also shares the Audi’s all-aluminum subframe. No Beetle left the factory with all-wheel drive, so a complete custom rear floor had to be fabricated. The 3.2-liter VR6 underhood has forged rods, an integrated water and meth injection system, and a BorgWarner turbocharger with Indy-car-derived bearings. There’s even a button on the dash that turns off the traction control: It’s marked “F— S— Up.”

Add in a triple-skull shifter and an enormous hydraulic handbrake (in addition to the stock handbrake, and specifically to initiate slides), and this seems all very much Not Safe For Work. Yet this is exactly the sort of creation on which HPA has built its business for more than thirty years. Currently parked out front of HPA headquarters in Langley, British Columbia, is a bright yellow New Beetle with a full VR6 swap and six-speed manual transmission. Dating back to 1998, it’s the seventh VR6-converted Beetle the company created and the last that Horn personally hand-built.

Founded thirty years ago, Highwater Performance Auto is a long-lasting success story in the tuning world. The responsibility for that achievement largely rests on Marcel Horn’s shoulders. While many other tuners might move on from a build like the HPA Beetle as soon as it produced dyno results worth bragging about, Horn is a details guy. That slight hesitation that’s bothering him? After a couple of full-launch runs in the Beetle, we can’t feel what he’s talking about. To be honest, we can’t even feel our face.

The relentless pursuit of perfection is one of HPA’s calling cards, but it also has a reputation for employing local talent: welders, paint shops, and fabricators in the immediate area, in addition to parts suppliers from the U.S. or Germany.

Three decades of working on Volkswagens opened a gateway for Horn to a network of overseas contacts. He is fluent in German, which has helped him become an expert in leveraging his experience to source the best-quality components. HPA consistently gets its hands on stuff that other companies would have trouble acquiring, everything from hybridized turbochargers to a carbon-fiber widebody kit that the VW factory team used to build Sciroccos that ran at the Nürburgring 24 Hours.

HPA is no stranger to racing. Five years ago, the company ran two Jetta GLIs at the Pirelli Wold Challenge in the touring car series, returning with a host of trophies. Team members then applied the knowledge they picked up in the process to bolt-on packages that take the fly-under-the-radar Golf R (288-hp stock) to power levels that rival the new BMW M3/M4 (as much as 500 hp).

The HPA shop splits its time between fabrication and cracking VW software codes. Wrenching and welding are still useful hot-rodding disciplines, but sorting out the ones and zeroes that finally got the Beetle’s hydraulic handbrake to work was far from easy.

“One of the trickiest pieces of programming we’ve ever done,” Horn says, “And getting the 4Motion and DQ500 gearbox to work with the Beetle electrical architecture is a huge coding challenge. It never came this way.”

Making big power from a turbo VR6 is just the beginning for any HPA product. The company also reprograms the Haldex 4Motion system on all-wheel-drive vehicles, allowing for multiple modes ranging from poor-weather performance to all-out traction off the line. The Beetle sits on 19-inch HRE wheels—with six-piston, 355-mm (14-inch) brakes up front and four-piston, 335-mm (13.2-inch) brakes in the rear—but even HPA’s wildest builds can run a set of 18-inch wheels and winter tires.

Packages to set your Golf R up as a sleeper that can shock AMG and M owners are relatively reasonable in price: $1400 to $3000 gets you a turbocharger upgrade, with supporting fuel and cooling modifications at an added cost. Signature builds like this Beetle run into the six figures. In the middle of that spectrum are single-turbo conversions for, say, the Audi TT, which turn the car into a mini R8. HPA also boasts a sub-brand called Coty, which makes kits to swap a VW TDI engine into a Wrangler while keeping all ancillary Jeep bits.

As for the Beetle, once this last piece of code is sorted out and smoothed over, Horn will be able to deliver the final sign-off on a project that’s taken several years and thousands of hours to complete. It’s certainly the craziest Beetle his company’s ever made, but it’s not the last insane build from HPA. Horn showed us his latest project—something we’ve never heard of being done—but swore us to secrecy. All we can say is that it looks risky, yet another all-out gamble few other outfits would even attempt. Horn relishes the challenge to come.

Car Profiles The Subaru 360 is no Ferrari, but it’s a thrill nonetheless
David C. Holzman 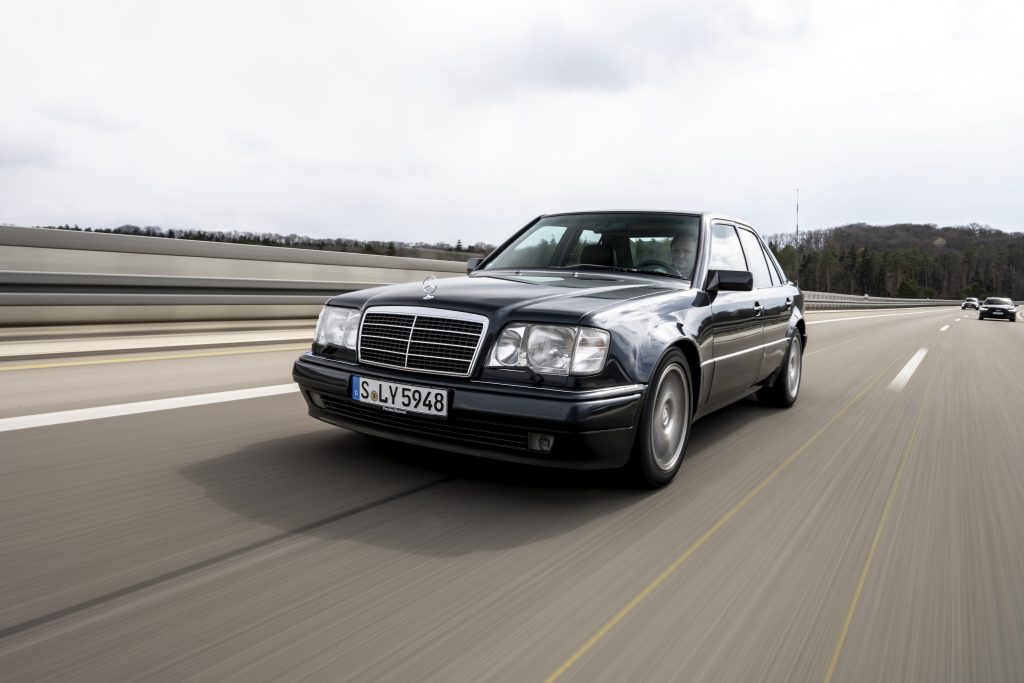