Rescued from rust, this Torino Talladega hits the salt with NASCAR power

A former road and oval-track racer, Larry Wilson decided to move to a racing discipline with less wheel-to-wheel contact. Land speed racing seemed appealing and, as a fan of ’60s muscle, he decided to search for a classic car that could scratch his racing itch and get his family involved as well. Having grown up owning Falcons, Mustangs, and Corvettes, Wilson was quite familiar with compact performance cars. Although he admired Ford’s larger performance and muscle cars, he’d never owned one. For this venture, though, they seemed like the perfect cars.

Wilson is old enough to remember Ford’s NASCAR homologation cars and Mopar’s winged response. The pointed noses and tall wings of the Superbird and Charger Daytona may have brought superspeedway success, but they didn’t win over the hearts and minds of new car buyers. That’s where Wilson thinks Ford got it right.

Ford’s Torino Talladega and Mercury’s Cyclone Spoiler both had stretched fenders and flush grilles to offer the OEMs’ NASCAR teams a more streamlined body to push the envelope at speeds near 200 mph. Wilson thought it would be appropriate to use one of these as a race car, but he knew purists would be up in arms if he hacked into a pristine Talladega. Still, he wanted the real thing.

Knowing that for every couple of restored Talladegas on the road there was likely a banged-up parts car nearby, Wilson put out some feelers. Sure enough, one surfaced. Wilson made the trip from his home in Houston into southern Kansas to find a rough Talladega sitting in a shed. “It was a rust bucket,” Wilson recalls. There was no engine or transmission, and he had to bring his own wheels and tires to even make it a roller.

With that part of his plan secured, Wilson made the trek to North Carolina and bought a retired NASCAR Cup car. Back at home, the Talladega went on a rotisserie and was cut up to swallow the former NASCAR racer’s chassis. The road-racing front suspension uses components from Ronnie Hopkins Enterprises, while the rear suspension is a Ford 9-inch solid axle with truck arms.

(If you’re not familiar, “truck arm” suspension is so named because the two long trailing arms used in NASCAR initially came from ’60s Chevy pickups. It may seem primitive, but it works.)

Wilson did the bodywork and rollcage himself and employed help from his wife, Stephanie, along with his daughter Ellie and her husband Vladick. When they were done, the car looked very much like the NASCAR superspeedway bullet that Ford had intended. Wilson admits that he wasn’t a huge fan of the Talladega in stock form: “They’re not really that pretty until you lower them.” That goes for quite a lot of cars, if you ask us.

It’s common at Bonneville to pick the record first and then build the engine to suit. For Wilson, the C/Classic Fuel Altered (C/CFALT) class and its record of 243.406 mph meant his car would need an engine between 306 and 372.99 cubic inches in displacement. Turning back to North Carolina and NASCAR surplus, Wilson contacted NASCAR teams to buy used engines that were no longer up-to-date with cutting-edge technology.

The engines, similar to the ones you’d find in a Cup car circa 2008–12, have a limited lifespan when they’re run on the edge for 500 miles of WOT racing. NASCAR sets a maximum displacement and a maximum bore size, and NASCAR teams tend to run as large a bore as possible to help the heads breathe. In addition, they typically choose a short stroke to lower piston speed. This combination means that a NASCAR engine will likely be beyond its max bore size with any kind of overbore. It’s bad for NASCAR budgets, but good for secondhand parts scroungers like Wilson.

“Engines to those guys are kinda like tires—they just get another one,” Wilson says. Initially, Wilson did his own rebuilding; now he relies on an engine builder in NASCAR country.

The engines—Wilson and his team have four of them—are based on a Roush R451 block and use D3 heads. Using the surplus NASCAR crankshafts and a slight overbore, the team’s engines displace either 364 or 368 cubic inches. Wilson has changed the cam specs to broaden the torque curve and upped the compression to 13.7:1. The engine run at 2020 Speed Week measured 862 hp at 8600 rpm. Wilson shifts the car, which runs a Jerico five-speed, at 8900 rpm.

While NASCAR surplus engines are a performance bargain, they offer unique challenges. “You have to be a hands-on type [of] person because so many of the parts are custom,” Wilson explains. For example, even if you find a part number on a valve spring, it could be a proprietary part developed by a race team. That means the company will not sell the spring to anyone outside the team. If that’s the case, you’ll have to resort to finding something that’s close to it. “It’s a lot of reverse engineering,” Wilson says.

Because Wilson and his team compete in the fuel class, they can run whatever combustibles through the engine they may choose. Wilson has opted for a small, 75-shot of nitrous oxide. The engines are built with piston and ring packages for running on gasoline, so they can’t withstand the increased cylinder pressure that normally comes with a purpose-built nitrous engine. The 75-shot avoids putting too much strain on the reciprocating assembly, and every extra bit of power helps.

When we asked Wilson about Talladega’s handling, he was proud to admit that his center of pressure and center of gravity calculations must have been correct, because the car tracks well at speed.

“It’s never been a car that was twitchy,” Wilson says. Even at 230 mph on the salt, he can drive it with one hand on the wheel. Talladegas were known to have a bit of lift on the nose at speed, but proper ballast has kept that to a minimum. When Wilson and his family finished building the car, it weighed 4430 pounds—not light by any muscle car standards. However, in addition to its substantial heft, Wilson’s added 490 pounds of ballast to keep the car planted on the salt.

That weight makes it a bit tough for the big Ford to accelerate off the line, but once it gets moving, it’s the air that fights against the car. Despite what Ford’s designers managed to accomplish by keeping the Talladega’s lines close to the mainstream Torinos, according to Wilson, “at 190 mph it starts becoming a brick.”

So far, Wilson and his family have made it to five Speed Weeks at Bonneville. The first year they ran 216 mph; the next, they ran 226. In 2018 they ran 239 mph and looked like they were onto something. Salt conditions were poor for Speed Week 2019, but in 2020 they returned with some tweaks that they thought would put them over their 243.406-mph goal. Instead, they took a step backward, running in the low 230s.

Rather than continue running the remainder of the week with the same results, Wilson and his team packed it up and headed home. “We didn’t need any more practice going slow,” Wilson jokes.

If the salt holds out, Wilson and his family team should be back competing in 2021 with some more power and a new game plan. 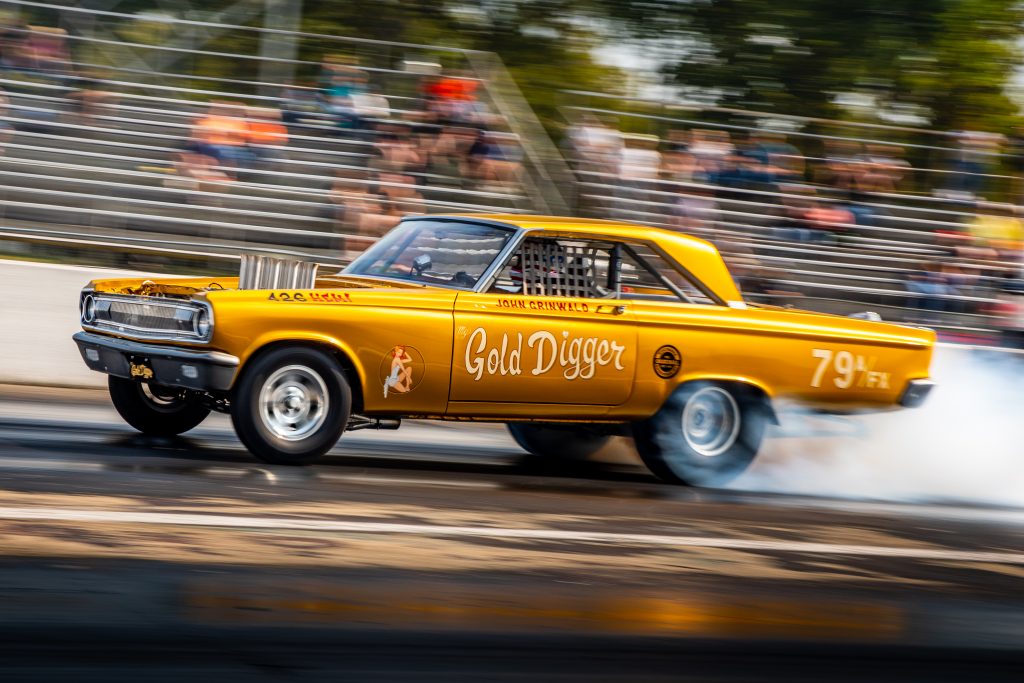 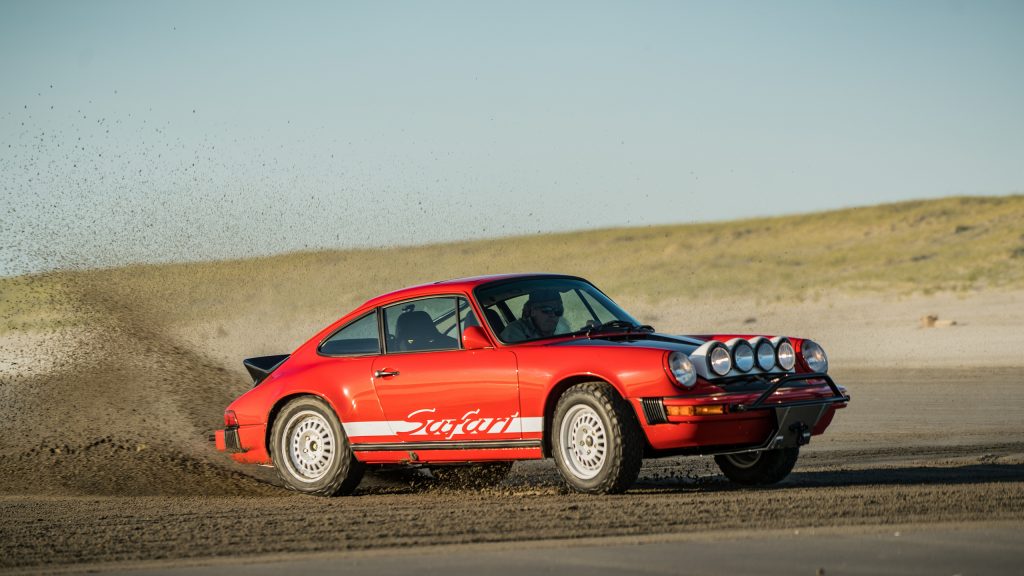