Legging-clad yoga students clutching rolled mats and water bottles are a familiar and unremarkable sight on sidewalks, studios, and coffee shops from Los Angeles to Atlanta. However, yoga and its practice became mainstream in the U.S. thanks in large part to a maverick figure: Pierre Bernard, one of the most eccentric characters America has ever produced. Naturally, “The Omnipotent Oom,” as he was nicknamed, drove a suitably impressive automobile.

At the height of his popularity, Pierre Bernard ordered this custom-built Minerva limousine. The coachbuilt creation remains now one of the largest cars ever built. For context, Bugatti’s Royale rode on a 169.3-inch wheelbase; from wheel to wheel, this Minerva measured 10.7 inches longer, 180 inches (or 15 feet) in total. At 9000 pounds, Bernard’s Minerva is nearly a ton heavier than a Royale, requiring dual rear wheels to support its (literally) elephantine weight.

A desert-scheme grey, of course, would not do for The Great Oom’s chariot. Bernard specified a baby-blue body trimmed with a darker shade on the running boards, fenders, and the window sills. White-walled tires wrapping matching blue wheels completed the look.

The interior didn’t disappoint, either. The Minerva’s rear passenger compartment measures 40 square feet and comes with a full set of Wedgewood china tucked under and behind the front seat. The door pulls and window cranks are made of ivory, and the trim is burnished mahogany.

Delivered in 1929, Bernard’s limo represents the pinnacle of excess in the era of coachbuilding. Minerva was a Belgian company founded in 1902 and positioned as a direct rival to Rolls-Royce—in fact, Charles Rolls was Minerva’s London agent before he went into business with Henry Royce. Early on, Minerva licensed a double-sleeve engine designed in the U.S., one that was noted for its silent operation, and the design helped build the Belgian firm’s reputation for smooth-running, luxurious motor cars. Minervas were powerful and quiet enough to serve as some of the first armored cars used in hit-and-run attacks on the Western Front in WWI.

This chassis of Bernard’s limo was reinforced for heavy use and fitted with a straight-six engine producing roughly 100 hp. The coachwork was done by Paul Ostrok of New York, an elite firm that built customized sedans for everyone from silent movie stars to Japanese-backed Manchurian warlords. The limousine cost $16,000 when new, the equivalent of a quarter-million dollars today.

That Bernard could afford such a bauble was a measure of his vast wealth, but again, this was a man who, when he commissioned the car in the late 1920s, owned three pet elephants. The beginning of Bernard’s story, however, is less exotic.

Born Perry Baker on Halloween, 1875, “Pierre Bernard” was the son of a barber—or so we think. Baker kept details about his childhood obscure—when he didn’t simply invent them altogether. He claimed to have spent time in India as a youth and to have met a Persian-Indian swami in San Francisco who had taught him the secrets of the Orient; but the difficulty of corroborating much of his origin story only adds to his legendary status.

At the tail end of the 1800s, this sort of historically inventive nonsense was common. There was also a widespread fascination with secret societies and occult practices. Seances were wildly popular, as were vaudeville acts that embraced the bizarre. All of these trends helped prepare the scene for The Mysterious Oom.

Baker—by 1898 introducing himself as Bernard—found early success by putting himself into “death trances” and allowing an assistant to push needles through his earlobes, nose, and lip. Always looking to hustle a buck, he soon formed his own secret society, The International Tantric Order. His preaching of Far-Eastern philosophy and mysticism—not to mention the vaguely contortionist yoga practices that he taught alongside them—earned him a measure of notoriety among civil authorities.

His devoted followers called him Doctor Bernard, but he wasn’t board-certified. He was one of the most successful charlatans of the 20th century. To be far, Bernard appears to have had a good understanding of hatha yoga. Over his lifetime, he amassed an extensive, 7000-volume collection of works in Sanskrit, and His biographer Robert Love writes that “[this] uneducated savant … could lecture extemporaneously for three hours on the similarities between the philosophies of ancient India and the Gnostic heresies of the early Christians.”

On the other hand, Bernard frequently used his charisma to charm women, especially the wealthy and bored, and we may blame him for popularizing the idea of tantric sex. (Nearly a century later, Sting would make headlines for mentioning the practice.) People were alternately fascinated and scandalized by Bernard’s behavior, and he even spent a few months in prison in 1910 for attempted seduction.

The journalism of the day dubbed Bernard “The Omnipotent Oom,” a reference to the chanted Om of yogic meditation, and the name stuck. Though he seems to have refuted the most salacious stories concerning his practices, he evidently let the rumors swill just enough to do his advertising work for him. Most mysterious of all is the measure of respectability he somehow gained along the way.

Thanks to huge infusions of cash from an heiress to the Vanderbilt fortune, in 1918 he created a large compound on the Hudson River. Known as the Clarkstown Country Club, the New York estate included about a dozen large mansions, a baseball field, aircraft hangers, an elephant enclosure, and a club house with a pool and solarium. Exotic animals roamed the property, from tigers to elephants to a chimpanzee named Mr. Jimmer, who was listed on the books as a night watchman. There was plenty of wild partying, but also some genuine meditative yoga instruction. Bernard was a conundrum, both hedonistic yet dedicated to the physical and mental discipline required in the practice of yoga.

Though Bernard appears to have weathered the Great Depression, at least through 1933, the success he found in his 30s and 40s began to erode. His clientele aged. His investments faltered. The elephants died. Bernard eventually become a banker, selling off bits of his property to stay solvent. He died in 1955, a shadow of his former glory.

Today, Bernard’s Minerva is tucked away in a storage area of the Crawford Auto-Aviation Museum in Cleveland, Ohio. Ordinarily it’d be on display, but the limousine is currently plagued by few starter and engine issues.

Though hatha yoga is now an accepted feature of American middle-class life, the man largely responsible for bringing it to the U.S. is largely forgotten, relegated to the dusty, obscure corners of history like his vast, impressive Minerva. 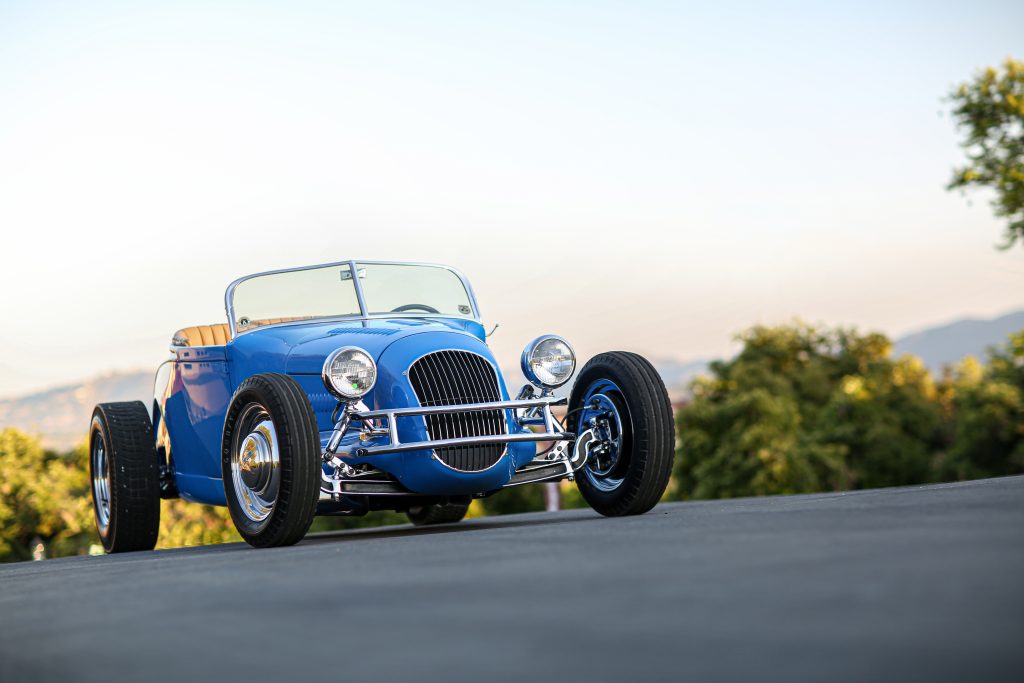 Automotive History How MTV’s DNA, the NYC police, and a forged contract led to Subaru of America
Craig Fitzgerald