Dodge made ponycar history for 2017 by introducing a Challenger model with all-wheel drive. Although equipped with a V-6, it’s sure to please enthusiasts in Snowbelt states. Might Ford follow suit with the Mustang? The company did, after all, test four-wheel drive in the Mustang 52 years ago. The drivable prototype, which also has an early form of anti-lock brakes, still exists.

As the 1965 Mustang set sales records, Ford product planners were already looking forward with design concepts for two-seaters and even a four-door. Even more radical thinking came from England, however. Ferguson Research, a company funded by Harry Ferguson, of Massey Ferguson tractors, had developed the first full-time four-wheel drive system for passenger cars. Former race drivers Fred Dixon and Tony Rolt were the brains behind it, and they had also adapted Dunlop’s Maxaret anti-skid braking system from aircraft landing gear for automotive use.

Known as Ferguson Formula, the 4WD system got its big test with the Ferguson P99 Formula One racecar in 1961, winning the Oulton Park race with Stirling Moss at the wheel. Ferguson Research, however, was eager to convince carmakers to adopt its sophisticated chassis technology for passenger vehicles. Someone at Ford noticed. In December 1964, the company shipped two identical blue Mustangs, both equipped with the A-code 289-cid V-8 and automatic transmission, to Ferguson in England. One would be converted to 4WD, while the other would remain stock for comparison tests. Alain Cerf, whose Tampa Bay Auto Museum owns the unusual 4WD Mustang prototype, has the paperwork to verify that.

“We don’t know exactly how many were built,” Cerf said. “Ferguson was converting numerous cars in the 1960s for testing.”

Cerf’s company, Polypack, Inc., manufactures high-tech packaging machinery, which inspired a car museum to showcase examples of innovative technology. On display in the Pinellas, Fla., facility are front-wheel-drive Cords and Citroëns, air-cooled Tatras and other vehicles that introduced daring ideas. In addition to the 4WD Mustang, the museum also owns one of the 22 English Ford Zephyr sedans converted to Ferguson Formula 4WD for evaluation by British police forces in the late ’60s.

The Ferguson Formula system employed a planetary center differential to yield a 37:63 front-to-rear torque split. Clutches allowed the front and rear wheels to turn at different speeds, enabling 4WD to remain engaged all the time. The Mustang needed some modifications to accommodate the system, including converting the front suspension from coil springs to torsion bars.

It looked just like any other Mustang but handled much better on all roads, according to published tests, but particularly well on slippery surfaces. The Maxaret anti-skid brake system was purely mechanical and not nearly as sophisticated as the electronic ABS systems that debuted later—but it worked.

If some of that rings a bell, it’s because the same hardware went into the world’s first production car with full-time 4WD, the 1966 Jensen FF, an offshoot of the company’s Interceptor luxury coupe. The “FF” stood for Ferguson Formula.

Whatever Ford thought of the 4WD Mustang’s performance, it likely would have been too expensive to offer as an option, perhaps over $500. At the time, the Mustang’s top engine option, the K-code high-performance 289-cid V-8, cost $328 and was rarely ordered.

The 4WD Mustang returned to the United Kingdom and remained in Ferguson’s museum on the Isle of Wight until 2007. A subsequent owner sold it to the Tampa Bay Auto Museum in 2009, where it remains a drivable testament to forward thinking.

Car Profiles This family’s ’69 Chevelle made memories, a quarter-mile at a time
Thom Carroll 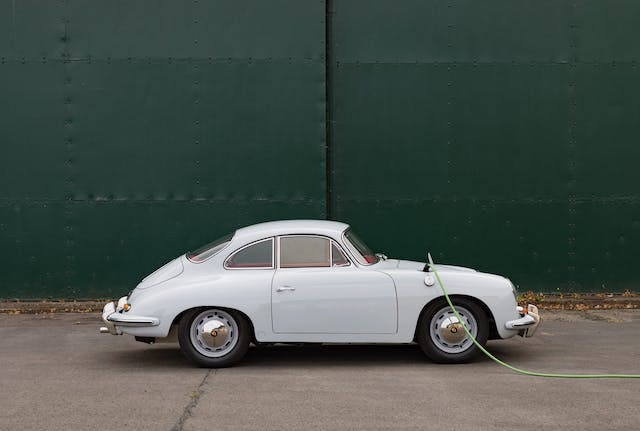 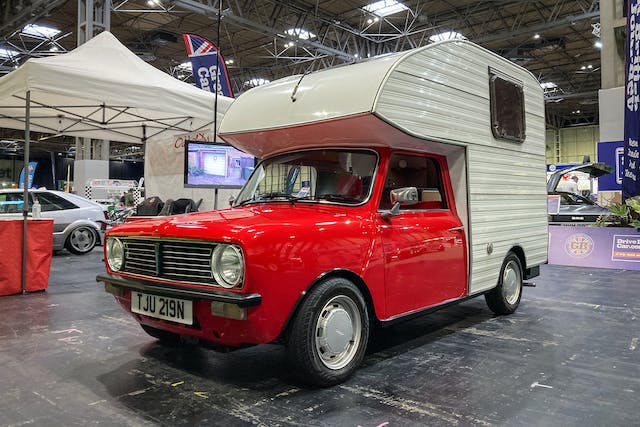