Race a vintage GT350 on a budget with this Shelby replica

So, you wanna race a vintage Shelby GT350? You’d better bring a fat wallet to the next big auction house. The scarce supply of 1966 Shelby GT350s—combined, of course, with the Shelby mystique—has led to six-figure price tags on the fastback flyers. Race-bred GT350R models command an even higher premium.

For the ’60s-obsessed road racer who wants to hear a V-8 wail and row a four-speed through some race traffic, there is an alternative.

Shelby continuation cars have been democratizing the exclusivity of Shelby GT350 ownership by offering cars built in the same fashion as the originals, which can be difficult considering no two originals are the same. This tribute GT350, built in 1991 by Historic Race Engineering of Costa Mesa, California, isn’t quite a continuation car; but it looks the part, has all the right gear for historic racing, and is for sale now on Bring a Trailer.

To begin the build, the fastback was stripped to its bare shell and the seams welded to provide the most rigid chassis possible. Of course, a full safety cage also helps. Historic Race Engineering had an original GT350R on hand to make this tribute as accurate as possible, and, according to the sale listing: “The car was reportedly built to FIA specifications and is currently configured for SVRA Group 6, VDCA Group 6, and HSR Group 3 competition.” That means it should be practically turn-key for vintage racing at a fraction of the cost of an original Shelby, and a lot less worry about turning an automotive legend into a pretzel when you swap ends at the track.

Rather than a 289, which the GT350 would have had from the factory, this racer uses a 302. It’s all the same on the outside, and that little bit of extra displacement adds some torque and helps tame the wild camshaft just a bit. The high-winding small-block was built by Savannah Race Engineering in 2015, and the recipe, made specifically for SVRA Group 6, churns out 456 hp at 7000 rpm. Hear it in action on the dyno right here:

If you end up behind the wheel of this racing machine, perhaps we’ll see you at the Rolex Motorsports Reunion next year, running fender-to-fender with Cobras and Corvettes. 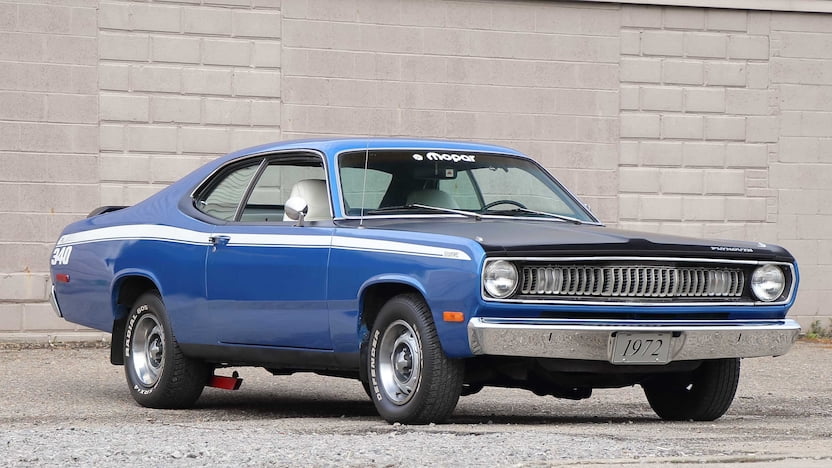