Classic Speedsters is the subject’s definitive book, and writing it was hardly a breeze

Motivated by a lifelong passion for classic speedsters, Ronald Sieber spent 10 years researching, writing, fact-checking, image sourcing, editing, assembling, and marketing the definitive book on the legendary purpose-built machines. It was worth the wait. Classic Speedsters: The Cars, The Times, and The Characters Who Drove Them tells the story of the speedster by focusing on 12 companies that built the cars, along with biographies about celebrity owners who helped make them famous.

Sieber so enjoyed his decade-long, in-depth drive into automotive history that even though the book is finished, he most certainly is not.

“There’s not a day that goes by that I don’t learn something new,” the author says. “There are still a lot of stories left to be told.”

Sieber continues to share those stories on his website, www.ClassicSpeedsters.com, which has proven to be the perfect complement to the book. He says he’s heard from passionate enthusiasts from as far away as Australia, and he learns of newly discovered speedsters on a regular basis.

In fact, Sieber says, “A friend of mine just uncovered a 1913 Chalmers last week. They just seem to come out of the woodwork.”

If you’re wondering exactly what defines a speedster, and maybe think a speedster and a sports car are synonymous, well … “A sports car is a more refined car,” Sieber explains. “A speedster is a racier form of roadster. Speedsters have pizzazz … they’re built for fun and adventure, generally stripped down, lighter, sexier, and purpose-built.”

That doesn’t mean every speedster is a small car, however. “The term has been reinterpreted through the ages,” he says. “For instance, Packards are heavier cars, but there were lighter Packard speedsters.”

The topic is both “rich and broad,” Sieber says, and the story goes well beyond metal and rubber. He felt the subject needed to be discussed more comprehensively.

“Speedsters were owned by entertainers, captains of industry, the wealthy, and in some cases, the everyday guy or gal,” he says. “They were often expensive, but always fast and sexy.

“The book traces the journey of the speedster concept across several time periods, and it answers three fundamental questions: Why were these cars so important and influential?· Why did so many prominent people own them?· What message do they have for modern design?”

Fellow automotive writer Karl Ludvigsen thinks Sieber nailed it. “[He] has discovered and mined a seam of automotive history that has not already been done to death,” Ludvigsen writes in the foreword, “[and that is] not all that easy to do!”

Sieber says he was smitten by speedsters at an early age, and he credits his father—an auto enthusiast who owned a 1928 Graham-Paige—for his interest in cars. As one of five Sieber children growing up in post-WWII Connecticut, he says he would tag along with his commercial photographer dad on shoots, which sometimes included boats or old cars. Sieber distinctly remembers a time in 1957 when the subject matter was a 1905 Stanley Model G Speedster steam car that belonged to a friend of his father’s.

“I was into ’50s car culture, but I always had a fascination with older cars,” Sieber says. “I remember firing up that Stanley boiler and fine-tuning the flame to build pressure … The driver sat behind the dash controls, grabbed and released a couple of levers, and off he sped in a silent whoosh, punctuated by a hissing chu-chug-chug … I was both transfixed and smitten.”

And so began Sieber’s passion for speedsters, “even if I didn’t realize it at the time.”

A career educator (teacher and principal) who enjoys connecting kids and cars as a volunteer with the RPM Foundation, the automotive writer and historian began writing 1500-word stories about individual speedsters. Before long, he realized there was a more overarching story waiting to be told. Sieber’s research for the book began 10 years ago in the Detroit Public Library, after he had driven 650 miles from his home in Hillsborough, North Carolina, to stay with relatives in the Motor City. It marked the first of thousands of miles and hundreds of hours that he would log to complete the project.

As Sieber began his research, he decided to focus on 12 marques and feature them chronologically from 1894–1970. And since he enjoys learning about people who own the cars he admires, he figured others might also enjoy it. So, for each featured speedster, Sieber chose a corresponding, noteworthy owner and told their story too. The list includes Haynes-Apperson and Jack Kelly, Knox and Joan Newton Cuneo, Marmon and Ray Harroun, Mercer and Eddie Pullen, Stutz and Erwin “Cannon Ball” Baker, Ford Model T Speedster and Edsel Ford, Kissel and Amelia Earhart, Franklin and Charles Lindbergh, Packard and Thomas Hitchcock Jr., Auburn and E.L. Cord, Duesenberg Model J and Ab Jenkins, and Porsche 356 Speedster and James Dean.

“Whenever I would go to a concours, I’d look at the cars and wonder who owned them, then I’d see the owner nearby and strike up a conversation,” Sieber says. “These people are interesting; they have great stories. People enjoy people, and they want to know what kind of a person might own these cars. It opened up a whole new world. I think by knowing the stories and personalities of the owners, people appreciate the cars more.

“I also think it’s important that we cover not only the cars but also the context—political, industrial—in which they were produced. What’s the history? So much of what’s happening in the world affects why cars were built a certain way.”

During his research, Sieber learned plenty of new things about the cars, some rather obscure. For example, in 1919 a Milwaukee Journal reporter named W.S. “Brownie” Rowland traveled Wisconsin’s 57,000 miles of roads in a Kissel to draw attention to the Good Roads Movement, a broad-based crusade to build and improve American roads. Rowland was often accompanied by a pilot simply referred to as the “Flying Squirrel.”

‘I thought, ‘Who in the world is the Flying Squirrel?’” Sieber says. “So, I found out (the pilot’s name was F.G. Otis, and he performed aerial stunts in a war-surplus Curtiss JN-4 Jenny), and then I added it to the story. It may not seem like that big of a deal, but I thought it was very interesting. Little nuggets like that move automotive history along a little bit, so it was kind of cool to have that in the book.”

Sieber also discovered interesting tidbits about the cars’ celebrity owners, even the most famous of them. For example, he didn’t know that Amelia Earhart owned a Kissel until he began his research, but as luck would have it, Sieber solved an old mystery surrounding the renowned aviator—and no, not what happened to her during her tragic transatlantic flight attempt. Earhart purchased a Kissel Speedster in 1922, and there’s a famous photo of her sitting inside the car, surrounded by children from Boston’s Denison House, where she served for a short time as a social worker. The photo has been used in other publications throughout the years showing the car as a right-hand drive vehicle. But when Sieber asked some Kissel experts, he was told that although many Kissels were RHD, Earhart’s was, in fact, a left-hand drive car. That meant the negative had been flipped decades ago, perhaps by accident, and no one caught it.

“I was told that ‘after such and such a year, all Kissels were left-hand drive,’” Sieber says. “Since my father was a commercial photographer, and I learned a lot from him, I know you have to look at the negative the right way. You could reverse the negative and it would still look like a perfectly good photograph. And that’s what happened. There will probably be people who want to challenge that, but they’d be wrong. It’s a good lesson for us—that we have to check our assumptions at the door.”

Many speedsters were raced, Sieber says, which often reflected the personality of the person behind the wheel.

“They were initially race cars that were outfitted with minimal provisions for making them street-safe and accessible to everyday drivers,” he explains. “They were often touted as designed for the robust and the daredevil, a manly-man type of vehicle, distinctly not meant for namby-pambies.”

Famous and sometimes notorious characters were drawn to speedsters because of the challenge that the cars presented and the attention that they attracted. Racer Barney Oldfield, for example, owned and drove several speedsters. Joan Cuneo was a fellow competitor on road and track circuits of that period, and she referred to herself as “speed mad.”

James Dean would also fit into that category. The Hollywood superstar is featured in chapter 12 about the Porsche 356 Speedster. Most auto enthusiasts are aware of the last Porsche that Dean ever drove—a powerful, track-focused Type 550 Spyder—but previously he successfully competed in his 1955 Porsche 356 Super Speedster. Alas, Dean’s need for speed attracted him to the 550 and ultimately cost him his life.

Sieber enjoyed writing that last chapter because he owns a 1957 Porsche Speedster, as well as a 2011 Boxster S. Someday he hopes to bring a another car into the fold. “I want a brass-era speedster, something from 1905 to 1915,” Sieber says. “One will come my way … I just have to be patient. The chase is part of the fun.”

The 10-year journey to complete his book is proof of that.

Classic Speedsters: The Cars, The Times, and The Characters Who Drove Them, is 304 pages long and includes 351 historic images. Published by Steering Wheel Press LLC, it can be purchased at www.ClassicSpeedsters.com. 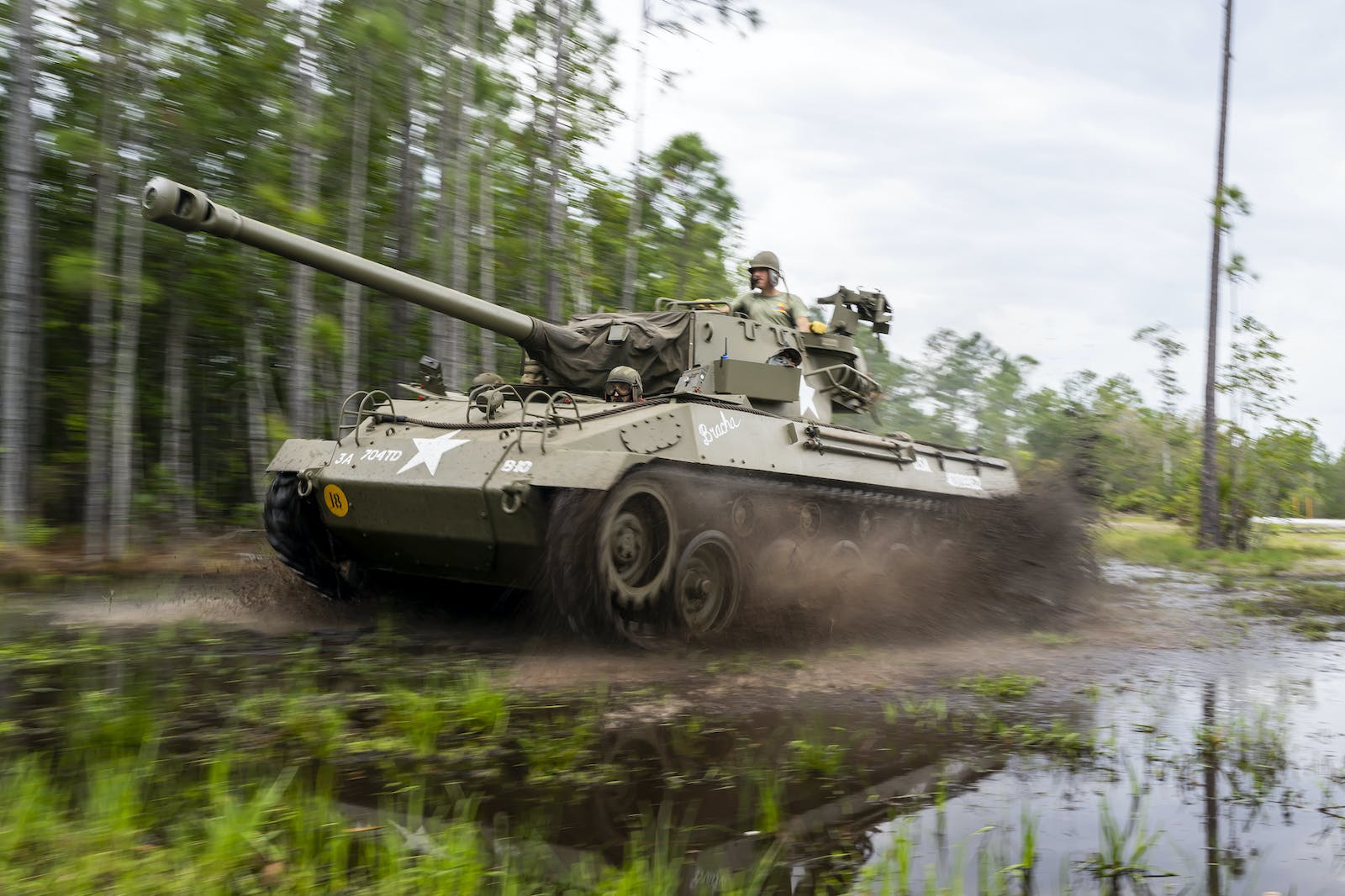 Get an insurance quote
A Story About
Leave comment
Read next Up next: The only thing weirder than my obscure cars? My obscure car books