In times of war, the amphibious GMC DUKW got down and dirty

When it comes to wartime duties, machines are only as good as the heroes operating them. One such machine served in amphibious capacity, getting more men and supplies into the fight than ever fathomed by its initial detractors. Almost immediately after a successful debut in Sicily, this vehicle began to cement its name in battle lore as an invaluable linchpin to the Allied operations during World War II—the GMC DUKW.

An underdog has its day

After World War I (and many lessons learned the hard way) it became readily apparent that a gap persisted between the tactical need to surmount beachfront seamlessly and the capability of the equipment on hand to do so. Peace and complacency allowed this problem to fester until it could no longer be ignored. Hitler’s blitzkrieg obliterated Western Europe in little time, and soon Germany secured strongholds into the Atlantic shoreline from the Baltic down to Bayonne. Luckily for the Allies, the Japanese tipped the scales with an attack on Pearl Harbor, and the United States entered the fray full tilt with loads of American ingenuity and support—including some particularly gifted patriots.

The Office of Scientific Research and Development (OSRD), developed by Vannevar Bush, was an organization with a different approach to military innovation. Its sole purpose was to unite the brainpower of civilian scientists with military directives. Bush tabbed his trusted aide Palmer C. Putnam to spearhead the advancement of amphibious engineering.

In 1942, Putnam recruited fellow yachtsman Rod Stephens (a renowned designer and co-founder of naval architectural firm Sparkman & Stephens) to pour his talents into the effort. He wasn’t alone. Notable contributors Frank Speir (MIT) and Dennis Puleston (University of London) also took up the cause. Together, they sourced a batch of GM engineers and hit the lab with an intention of turning the renowned GMC CCKW (deuce-and-a-half) or AFKWX (cab-over variant) truck into an ocean-going vessel, one capable of tackling the ins and outs of amphibious warfare.

Into the pressure cooker their ideas went. Out came the DUKW, or the “Duck.”

Miraculously, in just 38 days’ time, Stephens and the crew had emerged from their incubator with a finished product. From the outset it drew criticism from skeptics essentially judging a book by its cover. According to them, nothing was particularly special about the DUKW.

Dismissed by many of the power players in military circles as a master of none, units that came off the line sat in limbo, at first. Could this new invention, one claiming to have harnessed the capabilities of seafaring and roadgoing physics possibly be viable in combat? Not with lives at stake. The fear of risk was all too real, and the Duck found its future lifespan trending swiftly towards peril.

With the project on the verge of termination, Putnam never relented. In a last-gasp effort, he convinced Army superiors to grant his team the chance to demonstrate the Duck’s ability one final time in a litany of seafaring tests. They agreed. The trials were set in the Northern Atlantic off the coast of New England. As fate would have it, a brewing storm hit home. Naturally, you’d assume that when testing was postponed due to the conditions, the Duck’s chances of another go-round would be snuffed out by a wave of red tape, but a long overdue stroke of luck came the GMC’s way.  When a Coast Guard ship en route to port ran aground, Rod Stephens and the Duck’s opportunistic crew thrust themselves into action—with cameras in tow.

Remarkably, the Duck wheeled off the beach, chugged through the surf and saved the Guard’s seven-man crew after traditional rescue methods faltered. In that instant, the Duck’s future took flight. Word of its heroics migrated down to Washington, and in no time at all, the Duck soon had a wave of support to prove useful from president Roosevelt on down the chain.

DUKW doesn’t exactly roll off the tongue. But what’s in a name? In this case, GM’s manufacturing code—let’s break it down:

U: for utility (amphibious)

K: for all-wheel drive ability (like the deuce-and-a-half’s CCKW)

W: for twin rear axles (like the deuce-and-a-half’s CCKW)

All told, GMC produced 21,147 DUKWs over the course of the war (1942–45) from two separate locations. Operations commenced at the GM acquired Yellow Truck and Coach Co. in Pontiac, Michigan, initially and then eventually transferred down to GM’s plant in St. Louis, Missouri.

Upon first glance, the DUKW’s run-of-the-mill tank silhouette threw many for a loop, especially when it plunged into a body of water. Within a welded hull encasing untreated sheet metal lives the typical frame, engine, and other componentry as found in the CCKW. Waterproofing was accomplished by watertight seals, plugs, and bearings. The rudder and basic three-blade propeller extended out the stern over top of the rear axles. Water getting in was mitigated by “surfboards” on the bow and stern, or expelled by a bilge pump capable of evicting 220 gallons per minute.

Unsurprisingly, the Duck utilized the same time-tested GMC 270 inline-six (1941–63) that made approximately 91.5 horsepower. This raised-deck OHV/pushrod engine was paired to a five-speed overdrive transmission responsible for the prop’s transfer case, as well as a separate two-speed transfer case for the axles where power split evenly between them. Weekly maintenance and greasing was essential for reliable performance.

Top speed on land peaked around 50 mph, whereas in the water it could only move at about 6.5 mph. Payloads could safely reach 2.5 tons before the structural and navigable ability became compromised, in most conditions. That limit was tested by dozens of overloaded DUKWs that are now restfully rotting at the bottom of the English Channel (not to mention in Mediterranean or Pacific waters).

What’s unique to the DUKW is its ability to air up or down tire pressures on the fly. At first, early Ducks required operators to activate the onboard compressor, unravel an air hose, and hop out to adjust each tire. The new system of pipe-fed hubs was a game changer. It marked the birth of the first central tire inflation system (or CTIS). Pressures could be managed by the driver, and level recommendations were painted onto the inside of the cab for various terrain densities. If a crew ever found itself bottomed out, a rear winch was capable of freeing the DUKW from trouble.

Operation was straight forward, once the occupants understood the physics of naval and land principles. Gearing largely mirrored the deuce-and-a-half truck, with shift levers for front axle engagement, the transfer case, gear shifting, and emergency braking. Catch the video below during a recent demonstration on Omaha Beach. Pay attention to the driver as he shifts gears, turns toward the channel, pauses for brief a moment (lowering a hand to engage the prop) and drives on into the water:

July 10, 1943. Before the Ducks could even take full advantage of refinement, a flock of first editions were on their way to the Mediterranean. The allies needed a way up through Italy. Strategically, the path began at Sicily to open up shipping lanes and establish a basecamp. By nature, an amphibious assault would be paramount to the success of the island’s invasion. One thousand Ducks went into battle. The effect of their mobility and agility was severely underrated. Ducks transitioned supplies, munitions, and men to the beaches, over its sands, and through the narrowed streets of Sicilian villages.

Many of the ships and tank carriers couldn’t navigate through the shallows surrounding the island, particularly when the seas got rough during the early days of the invasion. In contrast, Duck fleets could. They rallied to the cause and did much of heavy lifting to keep the invasion supply line afloat. Brit General Sir Harold Alexander perhaps delivered the most robust line of all regarding the Duck’s debut, recounting, “It is not too much to say that the DUKW revolutionized the problem of beach maintenance.”

June 6, 1944. A staunch debut in Italy all but ensured that the DUKW would play a pivotal role in a historic invasion. Two thousand Ducks were loaded for bear. When the bullets started flying, Duck crews managed a bevy of tasks that they’d previously proven capable of handling. Many acted as the intermediary between the men on the beach and the ships in the channel. Some were designated to more specific tasks like aiding the wounded and clearing them offshore. With each passing day, the Duck was able to directly supply the front lines deeper inland over dunes at “dump sites.”

This vintage war department film below highlights special crane attachments (15:00) that could help unload the heavy materials, while other accessories resembling wooden shoots, known as “hog troughs” (17:10), could quickly dispatch smaller boxes to the ground. On return trips, the wounded went. Back at sea, the Duck would moor up beside a freighter and then get hoisted back on deck by a pulley system or, in some cases, driven up onto the landing of a lowered hatch. Once loaded, out they went. It was efficiency in motion.

Continued praise fell upon the amphibian, this time from General Dwight D. Eisenhower, who regarded the DUKW as “one of the most valuable pieces of equipment produced by the United States during the war.”

Rough estimates have accounted that nearly 40 percent of all supplies that came ashore from June 6, 1944 to mid-July, 1944 arrived by way of the Duck.

The army wasn’t the only outfit blessed with access to the Duck. A world away, Marine units trained on these machines extensively, quickly adopting the moniker the “Quack-Core.” Their assaults were far different from western Europe. Japan and the surrounding islands are geographically volcanic, sulfuric, and steep. Beachfronts were abrupt, sloped, and soft. Ducks were the only wheeled vehicles capable of consistently withstanding the coral reefs and sandy inclines

The assault on Iwo Jima is the most iconic USMC operation of all time. During the fight, DUKW operators maneuvered relentlessly around gunfire from the Japanese as they carried 105-mm howitzers, men, and ammunition to the shore. The approach was a boneyard of man and machine with which the Ducks would have to avoid becoming part of. Add enemy fire and rough surf, and this wretched assault quickly became what nightmares are made of.

Like most retirees, the Duck has quietly slipped into everyday obscurity. Upon conclusion of the war, the majority of Ducks went out like most other machines of the time did, either abandoned, stripped, or auctioned en masse. For a while, ducks held everyday practical applications in the civilian world, like flood evacuations and hauling. The tourism industry also jumped at the chance to turn many of these odd machines into novelty rides for cash. Many Ducks have been modified further for this task, some with tragic results.

For those in the inner circle of the military hobby, DUKW appeal remains alive and well. They’re still hot-ticket items at auctions, particularly if they’ve been flawlessly kept and never exposed to active duty or saltwater. Barn finds, fields, and hangars abound in Duck riches if you want to look hard enough.

Most people would pass by a DUKW today and survey its form as quizzically as young GIs once did. Appearances be damned, the day brave men met this machine, it altered the course of the war and, arguably, history as we know it. 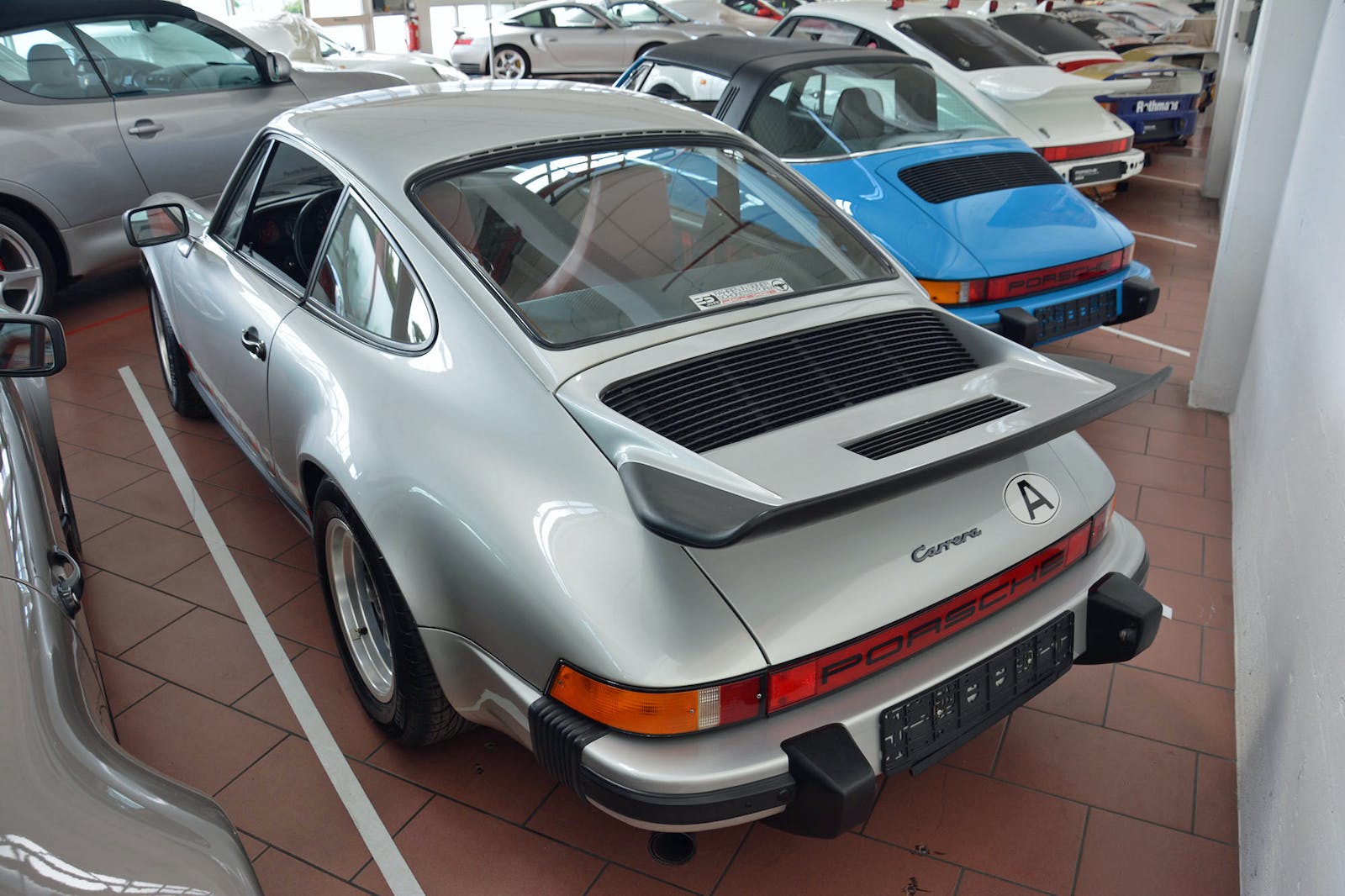