How go-kart racing started at the 1957 Rose Bowl

The photos you’ll see here are the go-kart equivalent of images of the Big Bang—visual evidence of the origin of something spectacular.

In 1956, Art Ingels was a fabricator at the Kurtis-Kraft shop in Glendale, California. Kurtis-Kraft was the nation’s top midget race-car manufacturer, so Ingels naturally thought small. Working out of his suburban garage, he welded chrome-moly steel tubing into a mini-me chassis and accessorized it with a 2.5-horsepower two-stroke West End lawnmower engine. He took his creation to the Pomona Road Races, where it caught the attention of Duffy Livingstone, who raced a T-bucket roadster. Livingstone was so tickled by the tiny contraption that he built one of his own. Then he called Ingels and said, “Hey, why don’t we meet down at the Rose Bowl, and we’ll have some fun?”

Although there was no formal racing at the Rose Bowl, the parking lot drew a growing cadre of rabid karters. Two of the most prominent were Spencer Murray and Lynn Wineland, editor and graphic designer, respectively, of Rod & Custom magazine. Wineland came up with the name for the newfangled machines after rejecting possibilities such as “zip kart,” “fun kart,” and “dart cart.” Then he and Murray collaborated on the first article about this emerging craze.

They ran a seven-page story in the November 1957 issue of R&C under the headline “Putting Wheels under the Peasant.” Murray, who owned a kart built by Ingels and who still lives only a few miles from the Rose Bowl, declared in an editorial: “Gokart—remember the name, for it’ll surely change the course of anyone’s life who is fortunate enough to cross paths with one.” At the time, only 30 go-karts had been built. But thanks to the article and an accompanying ad for Livingstone’s freshly minted Go Kart Manufacturing Company (“It may not go like a Ferrari…but when you’re sitting four inches off the ground, it sure feels like one”), sales exploded.

As the numbers increased, however, so did complaints from Pasadena residents. After getting booted from the Rose Bowl, the karters trooped over to the parking lot of the Eastland Shopping Center in nearby West Covina, where the first official races were held.

Today, go-karts are a worldwide phenomenon, and the road to Formula 1 often starts with them. But the road to go-karts began in a parking lot in Pasadena.

Automotive History At the Marty Himes Museum, a six-decade pile of motorsports heritage is served up raw
Benjamin Preston 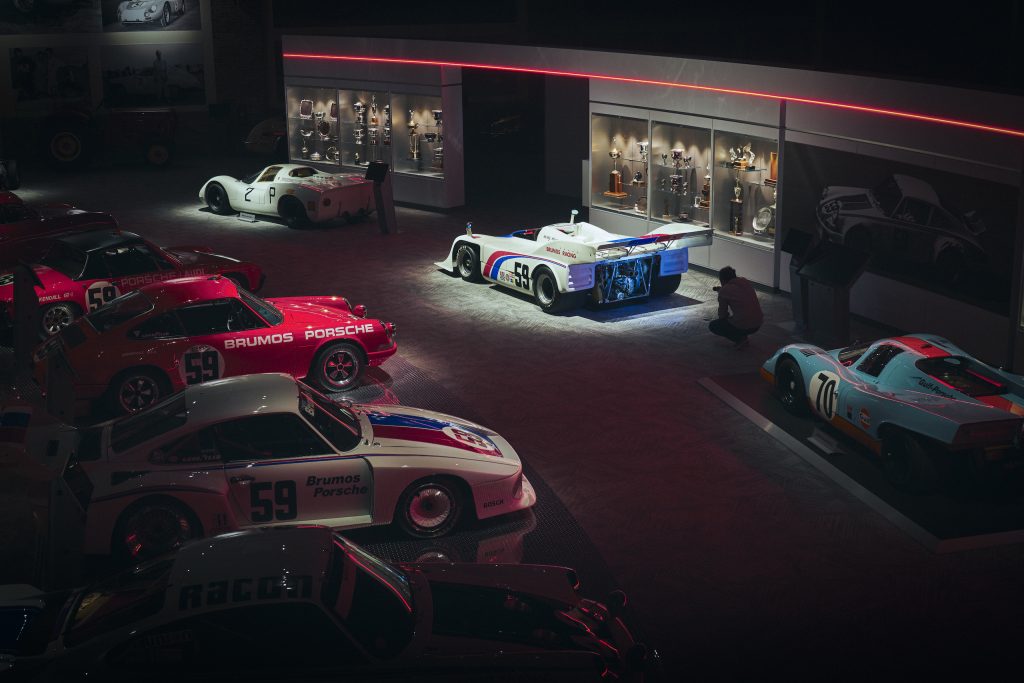