Looking for ways to keep their tool and die shop afloat after World War II, brothers Al and Earl Herdklotz toyed with the idea of getting into the car business. The Illinois businessmen knew they could pursue a contract with General Motors and supply parts for a GM plant in nearby Wisconsin. But what if they actually thought smaller?

The brothers, realizing they could keep their employees working and also bring smiles to the faces of thousands of kids, decided in 1946 that in addition to the typical work done at A&E Tool and Gage, the company would also begin making metal toy cars. The vehicles would be the miniature variety, easy for little hands to manage and considerably less expensive than other automotive toys of the day. And just like that, Midgetoy—The name to remember for safe, durable, diecast metal toys!—was born.

First, let’s get this out of the way: Yes, use of the now-politically incorrect term “Midget” was intentional, chosen to distinguish the Rockford company’s small toys from the larger, heavier versions built by Structo Toys in nearby Freeport. Packaging and advertising embraced the diminutive theme by featuring an elfin mascot named Midgie. It was the ’40s, after all.

The toy vehicles maintained a simple design throughout Midgetoy’s 35-year existence; essentially, each one is a diecast metal body shell with two axles, small rubber wheels, and a bright paint job. The vehicles generally measure 2–4 inches in length and have very little detail, but their low cost made them popular at “five-and-dime” stores like Woolworth, Kresge, W.T. Grant, and Wal-Mart.

According to a story published in the April 1997 issue of Collecting Toys magazine, Midgetoy’s first vehicle was a Chevrolet truck that could be had in three forms: tank, strake, and dump. Each truck cost 10 cents, a few pennies less than similar vehicles made by Midgetoy’s top competitor, Tootsietoy. Prices rose gradually through the years, but the high-end retail price for most individual Midgetoys was 49 cents, even into the 1980s.

Al Herdklotz told Collecting Toys that Midgetoy often worked from blueprints supplied by the actual automakers, but some were designed from scratch by the Herdklotz brothers themselves. For instance, Midgetoy released its own Buck Rogers-style spaceship in 1948, and there was definitely no blueprint for that (Elon Musk wasn’t even born until 1971).

Although A&E Tool and Gage continued to provide industrial services alongside the family toy business, Midgetoy was eventually responsible for the bulk of the revenue. Strong nationwide sales ultimately required the need for regional sales offices in New York, Atlanta, Dallas, and Los Angeles, and the toy side employed three times as many workers as the tool and die side. Many Midgetoy employees were women, enticed by the use of what we now refer to as flextime. The policy allowed mothers (again, this was decades ago) to assemble and paint toy vehicles while their children were in school and then leave for the day after classes were dismissed. In the summertime, the women’s teenage children would take their place at the factory, so the moms could stay home with their younger offspring.

Clearly, Midgetoy embraced new ideas, as long as they worked well and ultimately saved money. One of the company’s early and fortuitous discoveries was the ability to sell their toys in blister packs. At a time when most toy vehicles were sold in boxed sets or unpackaged on store shelves, the Herdklotz brothers took advantage of the new “skin packaging” process they’d seen at a show in Chicago. In addition to selling their cars in blister packs, Midgetoy eventually followed Matchbox’s lead and included individual boxes with each vehicle. Unlike Matchbox, however, Midgetoy boxes were generic and could be used with all similar-size vehicles, another obvious way to keep costs down.

By 1967, Midgetoy’s product catalog had grown to include an extensive lineup of cars, trucks, trains, planes, buses, vans, and military vehicles. Approximately 200 different diecast toys were produced through the years; at one point Midgetoy was placing annual orders for 20 million tiny rubber wheels.

The sales network was handled by Al and Earl Herdklotz’s brother Dick, who frequented the New York’s annual Toy Fair and once demonstrated the quality of Midgetoy’s little cars by asking a 300-pound security guard near the main elevator to step on one. At first the guard refused, thinking he would break it, but he finally relented. When the car escaped unscathed, the man was so impressed that he told every person who stepped off the elevator that they should walk directly to the Midgetoy booth and place an order. “He was our best salesman that year,” Al Herdklotz told Collecting Toys.

As the nature of the toy market changed—beginning with Mattel’s 1968 introduction of highly detailed Hot Wheels cars and the later rise of complicated gadgets and electronic games—Midgetoy struggled to keep up. The Herdklotz brothers rolled back their product offerings, then eventually sold the business in 1981. A year later, one of the new principal owners suffered a fatal heart attack and Midgetoy folded.

The brothers came out of retirement and bought the company back five years later, and they began selling off the Midgetoy inventory at flea markets and toy shows. About 20 years ago, the pair sold the remaining inventory to esnarf.com. You can still find plenty of unopened Midgetoys online, but shop carefully, since some of those “new” toys are losing their paint or stickers.

Of course, if you’re a collector, you probably already own a Midgetoy or two already. Invented by two brothers from the Greatest Generation—during a hopeful and historic period in American history—the diecast toys are reminders of simpler days when virtually indestructible miniature toy cars were driven by tiny hands and fueled only by imagination.

Driving A view from inside the legendary Castle Duesenberg
Jeff Peek 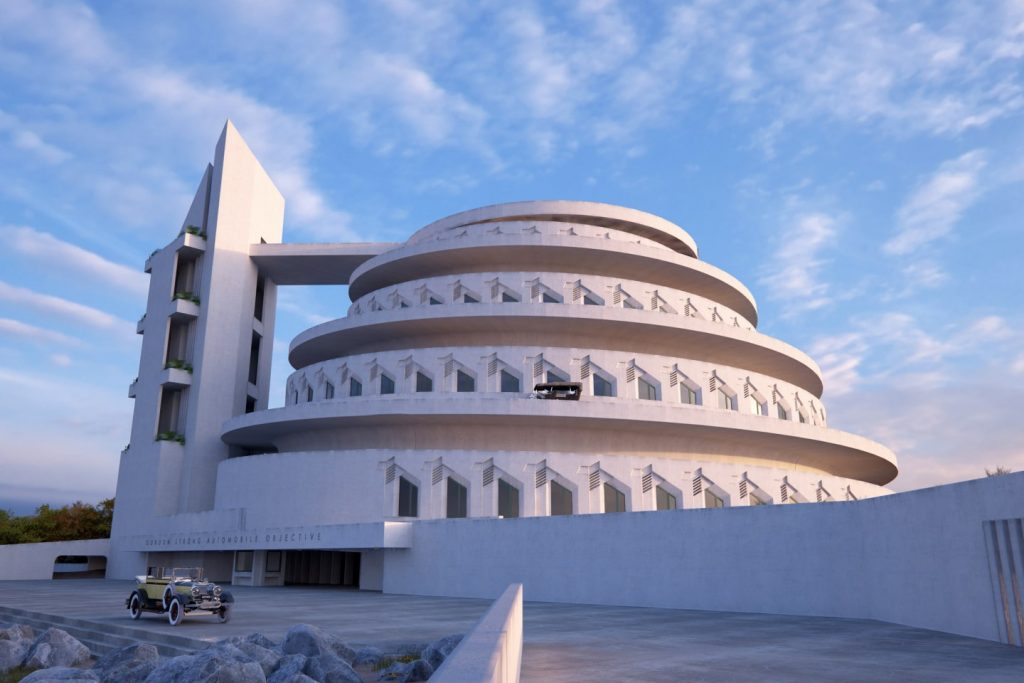