Why do 1990s–2000s British luxury machines depreciate so much?

British luxury cars have a certain reputation for depreciation. Still, the prospect of an Aston Martin, a Rolls-Royce, or a Bentley for 85 percent below MSRP can be tempting. Even now, I am stealthily opening an eBay tab “just to look.” Surely I am not alone in this affliction, but then, why do so few people pull the trigger and buy these cars? High-end Brits depreciate heavily for a reason, but once they have, are they worth the discount? For context, let’s investigate examples at the upcoming Bonhams May Motoring auction.

Aston’s DB7 may not have been a Bond car, but it was a big deal for the British brand during a critical stage in the marque’s life. The 1999 DB7 on offer here, like the 2005 DB9 we’ll get to in a bit, provides the most affordable entry point for Aston ownership.

The success of the DB7 played a major part in propping up Aston Martin’s business in the 1990s, during a time when company parent Ford had moved the marque away from old-school coachbuilding and toward higher-volume manufacturing. Early DB7s, built from 1994–1998, came with a supercharged inline-six. 1999 and later Vantage models brought the more desirable V-12, but the big feature buyers look for is the manual transmission, which represents a 25-percent price premium.

Looking at Hagerty Price Guide history, the #1-condition (Concours) value for the DB7 has dropped 4.5 percent in last two years, while the #3-condition (Good) value dropped a considerable 17 percent. This tells me a couple things: First, the model is still depreciating, but perfect examples are holding value. Second, buyers are likely scared away by higher-mile cars or ones that need work. After all, you’re often better off spending more for a better car than saving money up front and buying a “driver.”

The DB9 arrived for 2004, following the retirement of the DB7, and was a significant improvement over its predecessor. Designed by Henrik Fisker and Ian Callum (the latter also penned the DB7), the DB9 was an essential chess piece for Aston’s grand sales ambitions. This is the car that set the stage for the marque’s development over the last two decades.

Bentleys have long represented luxury, status, and fashion all wrapped up together. That vibe held when Volkswagen took over the brand in 1998, and this Arnage Red Label is a classy sedan indeed.

In modern dollars, the Arnage Red Label cost $306,000 when new. The car sports a curb weight of nearly three tons, a scale-tipping mass more than a little due to the hulking sedan’s prodigious amount of leather, metal, and real wood. When you sit it in an Arnage, it feels immense and solid. The doors swing like wrecking balls and fall shut with authority. This Bonhams example, with under 50,000 miles, presents very well and carries an estimate of only $17,000–$22,000, an astonishing 93-percent discount over inflation-adjusted MSRP. Arnages were often used as daily drivers or chauffeur cars, so higher mileage is not uncommon.

Auction sales show values holding steady: $33,800 on average over the last year, versus $32,800 the year before. The tight spread between these results, and relatively low values, indicate little speculative collector buying or mothballing. Most examples of the model appear to be regularly driven.

Continental GT values have dropped 18 percent over the last two years; that said, the last Hagerty Price Guide update was the first where the model’s values did not decrease. Public sales indicate that GTs continue to depreciate, with a 19-percent decrease in average transaction price from early 2018 to today’s $48,000 average.

Why they’re so cheap

We’ve discussed four British luxury cars here, all expected to sell for about $30,000, and all around 85–93 percent cheaper than when new. Let’s weigh the cost/benefits of such a purchase and try to better understand the considerable depreciation here.

MSRP math can be fun for comparison, but it ultimately doesn’t matter. Present-day value is what counts here—a car that was 200 grand when new is not worth that much now. If you consider cars of the same era, a $30,000 Aston or Bentley represents different value than, say, a near-perfect Honda S2000 or Corvette at the same price.

Of course, the driving experience of a Chevy or Honda isn’t comparable to what you get from an Aston Martin or a Bentley. And to be fair, it wasn’t designed to be. When properly sorted, high-end British cars of this nature are both comfortable and refined, and they can offer supreme rewards behind the wheel. This is balanced by the thorny issue of repair expenses: You might get a car for 85 percent off sticker, but repair bills won’t arrive with the same discount. On machines of this ilk, even a minor malady can be frighteningly expensive. Repair costs for a blown head gasket can total as much as $15,000. The convertible-top hydraulics on the Bentley Azure are a weak spot and can cost north of $10,000 to repair. Now imagine the cost of a head gasket or top on an S2000. For $15,000, you could simply buy a second S2000.

That idea of a ticking time bomb—one of unknown strength and with an unknown length of fuse—is what suppresses values of high-end British metal. Some own these cars for tens of thousands of miles and replace nothing but wiper blades. Others, not so lucky, find themselves saddled with repair bills higher than the car’s value. As always, maintenance records are paramount for any considered purchase, and buying from the original owner is a big bonus. If that person could afford the car when new, they could likely afford the necessary service and repair costs as it aged. The same can’t be said for the individual who bought the machine cheap and used and now wants out.

If you’re looking to jump into an older Aston, Bentley, or even a Rolls, the temptation is understandable. Just remember that, unless you’re lucky, the cheapest Bentley is always the most expensive one. It’s your choice on how much of a gamble to take. 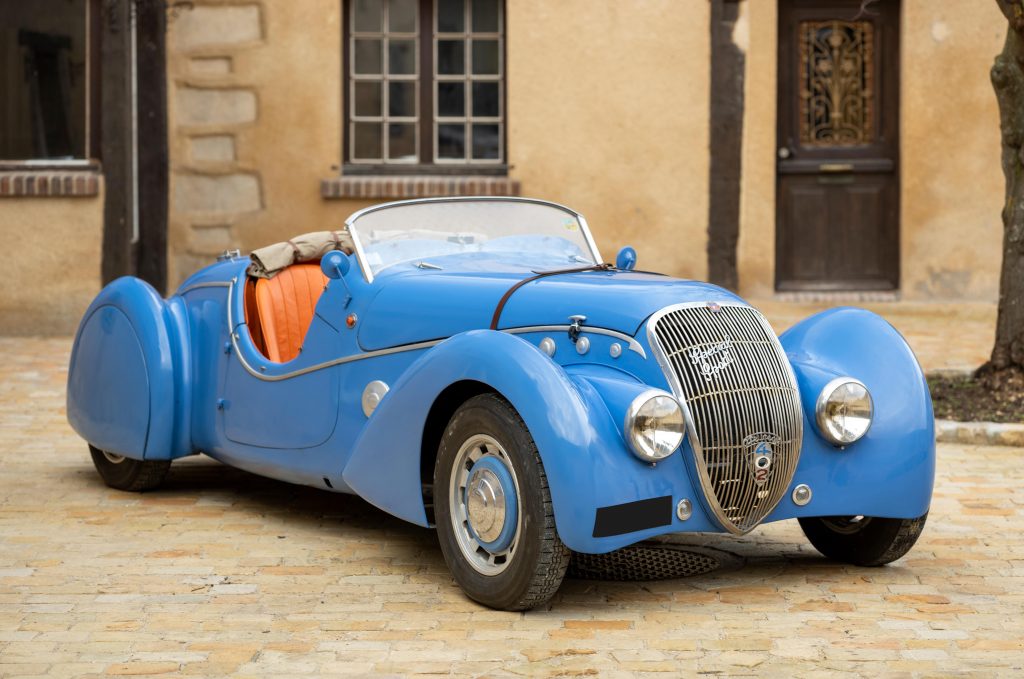