This one-of-four 1970 Coronet is a heavy-hitting Hemi

The 426 Hemi didn’t just set the benchmark of performance in the ’60s and early ’70s, it utterly dominated motorsports until rules made it no longer feasible to run. While the Hemi was a fearsome beast both on and off the track, relatively few buyers opted to stuff the elephant motor under the hood of their brand-new car. It was an incredibly expensive option which seduced only the most serious (and well-off) performance addicts. While anyone with a passing interest in muscle cars knows that Hemi ’Cuda Convertibles are the most sought after for their rarity, few realize that other models are just as uncommon. Mecum is offering one such example at its rescheduled Indy sale this July.

This 1970 Coronet R/T flies under the radar with its restrained appearance, but a closer look reveals the Hemi lurking under its hood, placing it among a select crowd of only 13 Coronet R/Ts optioned this way. In fact, the low production number makes this Hemi Coronet as rare as a ’Cuda Convertible. Its gearbox makes this car even rarer: It’s the first of four Hemi-equipped Coronets built with a four-speed.

Even aside from the drivetrain, the car boasts an enticing order sheet. The pistol grip shifter, Ramcharger air induction, Tic-Toc-Tach, and bucket seats are all desirable inclusions; but just as interesting as the options selected on this car are the ones omitted. It seems like every hot Mopar has a full array of stripes, graphics, and, of course, a flashy set of Magum 500 wheels. The original owner of this car chose to focus on speed, so the stripe was omitted and a set of plain wheels with hubcaps sufficed. The only clue that this isn’t a standard Coronet are the mandatory R/T call-outs, Ramcharger scoops, and the tiny Hemi badges. We’re suckers for this kind of functional, under-stated cool.

Adding to the already impressive package is the car’s ownership chain, which is fully documented back to when it was new. In addition, its Broadcast sheet still survives. The Hagerty Price Guide suggests that a Hemi Coronet can bring anywhere from $47,900–$123,000 in the current market, but we’ve tracked sales even higher than that when the muscle car market exploded in the mid-2000s. Given this car’s history and rarity, its final price is anyone’s guess, but one thing is for sure—this is not an opportunity that muscle car enthusiasts will have again soon, so bidding should be spirited.

This Hemi Coronet is scheduled to cross the block at Mecum’s Indianapolis sale on Thursday, July 16. You can follow along in real time using the free Hagerty Insider app.

Like this article? Check out Hagerty Insider, our e-magazine devoted to tracking trends in the collector car market

Hagerty Insider Arizona is not ground zero for pre-war cars, but the gems are out there
Rick Carey 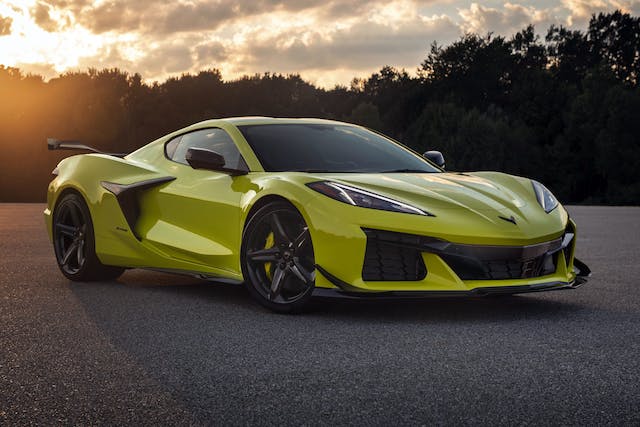