The bidding race is on for another meticulous 1:32-scale Slot Mods track

About a year ago we introduced you to Slot Mods Raceway, a Detroit-area company that meticulously recreates racetracks for 1:32-scale slot cars. One of Slot Mods’ creations—enjoyed by Formula 1 Paddock Club patrons during the 2018 Formula 1 season—was about to cross the block at RM Sotheby’s 2019 Abu Dhabi auction.

If you missed out on that two-lane bargain, do not despair. Bring a Trailer is offering a three-lane 2012 Slot Mods Raceway with three controllers and 25 slot cars at no reserve. When this story was published, bidding sat at $4100 with six days to go.

Inspired by Virginia International Raceway but named Gussack International Speedway—for its original owner, Dave Gussack—the custom built-track is 6 feet wide and 20 feet long. It can be disassembled, moved, and rebuilt.

The slot car track is constructed of routed wood and is equipped with banked cornering, elevation changes, aluminum Armco-style railing, an overpass, and a tribute to Virginia International Raceway’s “Oak Tree Turn.” The track also features hand-painted surfaces, structures, signs, and landscaping. Three users can play at once using a PC-based tablet control system that plugs into a 110V wall socket.

Miniature figurines are included and add to the track’s authentic appearance, ranging from track workers, spectators, and period-style grandstands to flag towers, a small house, and advertising signs.

The 25 slot cars include a wide variety of models from Ferrari, Porsche, Audi, McLaren, and Ford. There are even single-seater Le Mans prototypes with identifiable livery.

Slot Mods dates to 2008, when David Beattie turned to one of his childhood hobbies after being laid off from his job as a printing company manager. He says that, though he tried selling do-it-yourself slot car kits at a hobby store on weekends, that venture was unsuccessful. However, a Ford executive saw his work and contracted him to build a track. Word got around, and the ensuing publicity jump-started Slot Mods. The tracks range in price from $50,000 to $300,000. 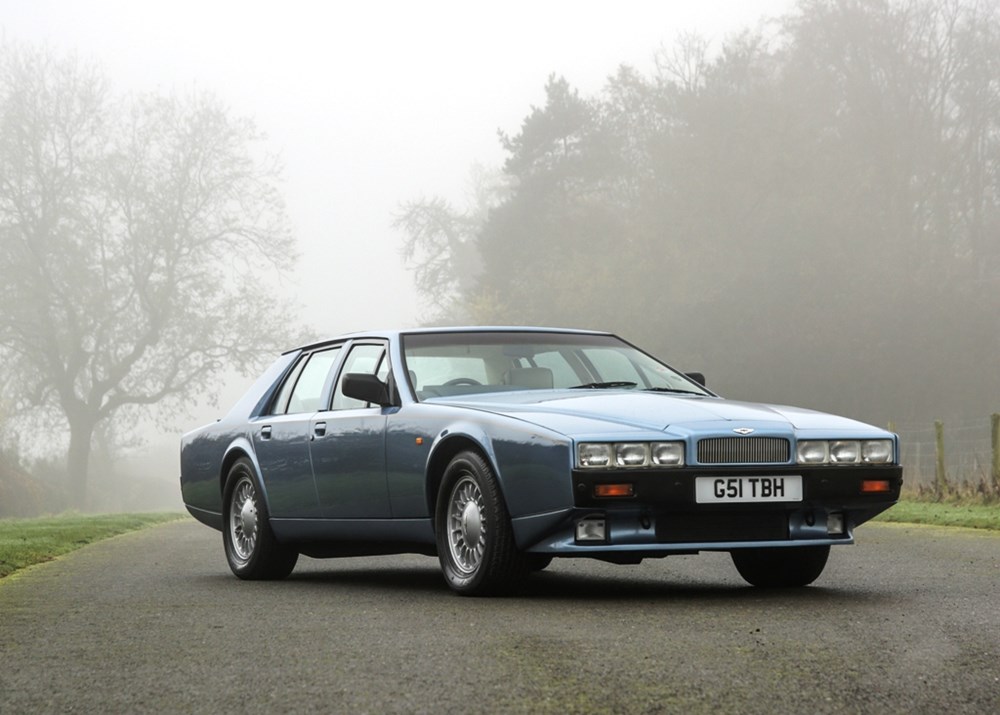 News Are you brave enough to bid on this 1989 Aston Martin Lagonda?
Nik Berg