The 8 most expensive cars from Indiana’s wild Elkhart sale

The massive and diverse Elkhart Collection may have been dominated by “bread-and-butter classics,” but the cream rose to the top at RM Sotheby’s recent liquidation of the Indiana collection, which included 240 cars and 567 total lots. Eight cars sold for at least $1.1 million apiece and together accounted for $14.29 million—nearly one-third of the auction’s $44 million total.

“There was strong money in the top 10, but nothing shocking,” says Hagerty valuation editor Andrew Newton, looking for something outside the norm. “The really staggering numbers out of this auction were for some of the cheaper cars and the automobilia.”

Among the eyebrow-raising prices paid was $2880 for a Honda EB 6500 X gasoline-powered generator, although a quick Google search revealed the exact model, brand-new, for $2889 (with free shipping). And how ’bout $1440 for four decorative shelves—or $840 for a large decorative wooden gear?

The best-of-the-best cars, meanwhile, retained their value; there were no outrageous bids. Below are the top eight sales, ranked from lowest to highest. 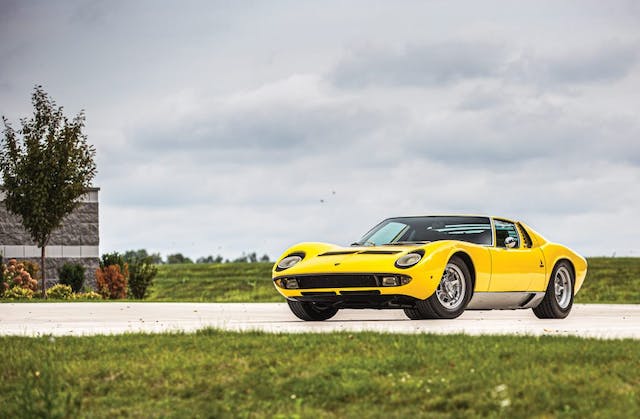 A well-maintained 1990s restoration, this Miura sold for exactly what you’d expect. Considered by many as the “original supercar,” the Miura is highly desirable. This one, gorgeous in yellow, was a familiar presence at the Concorso Italiano in Monterey, California. A comparable example, in #2 (Excellent) condition, has an average value of $1.2 million. 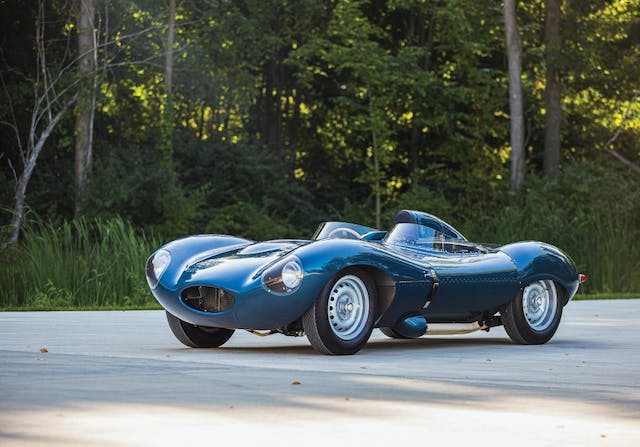 One of 25 D-Types produced by Jaguar Heritage and virtually brand-new—its odometer displays a mere 170 miles—the continuation car sold for just under its estimated new-car price of $1.5M. Completed to 1955 “short-nose” specification and finished in the Scottish Racing Blue of Ecurie Ecosse, the Jag is a solid alternative to the 75 original D-Types, which are valued at $3M–$9M, depending on condition. 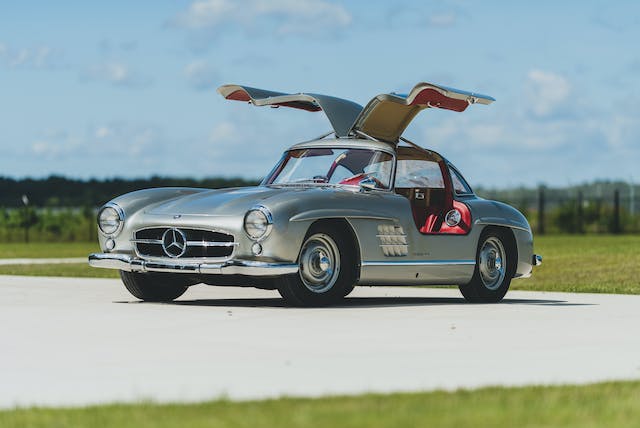 One of the most iconic and collectible sports cars ever built, the 1955 Mercedes-Benz 300 SL is known for its gullwing doors; its tubular-steel, ultra-light frame construction; and its consistently high auction prices. Restored and finished in its original color of Silver Metallic, this one retains its matching-numbers chassis, engine, gearbox, and body. This one sold for a smidge over its #1 value. 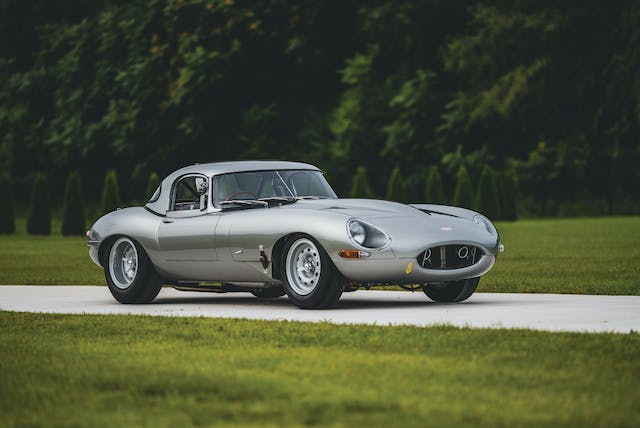 Another continuation car from Jaguar—produced to allow collectors to experience an E-Type without paying five or six times the cost of the real thing—this E-Type Lightweight Continuation is still incredibly rare. It’s one of only seven built by Jaguar Classic. Used as the model’s North American press car, this Lightweight Continuation is offered in as-new condition with 717 miles on the clock. It sold for an estimated $1.6M when new in 2015— for $1.7M, it was well bought. 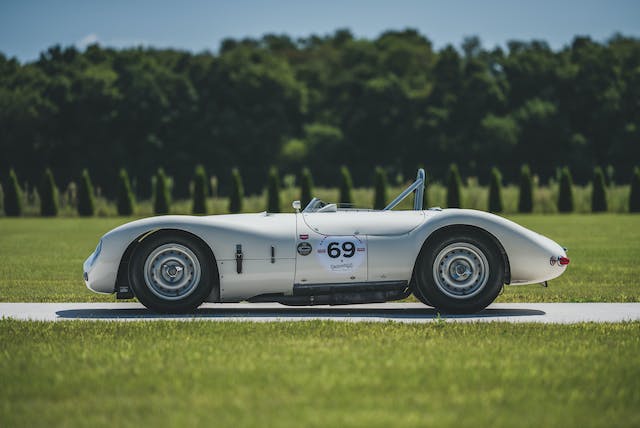 The second of three built, this T38 Mk II has quite an extensive track record, both literally and figuratively. It boats six victories at Goodwood and Silverstone during the 1956 and ’57 seasons, and it was later entered into the Sussex Trophy, Monaco Historic Grand Prix, La Leggenda di Bassano-Trofeo Giannino Marzotta, and the Elkhart Lake Vintage Festival. Powered by Jaguar’s D-Type-specification XK engine, this Mk II is worth every penny of the winning bid. 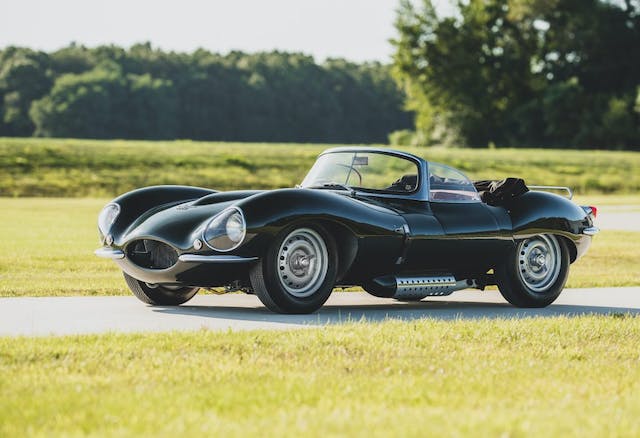 Yes, another Jag continuation—the most expensive of the three in the Elkhart Collection. Only 16 XKSS models were originally made in 1957, and they are so highly coveted by collectors that one in #1 condition is valued at a whopping $12M. It’s no wonder that Jaguar announced in March 2016 that it would build nine more in the exact specification of the originals, right down to consecutive VIN numbers. They immediately sold out (for between $1.3M–$1.5M, depending on when they were delivered). This is believed to be the first one offered at public auction. 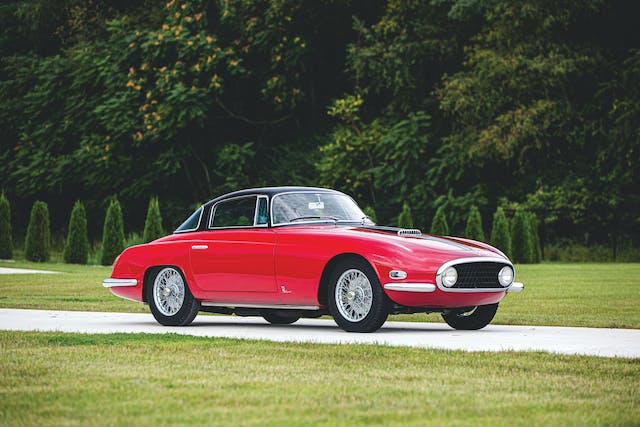 General Motors designer Henry de Segur Lauve, a concept artist who penned the original Corvette prototype, attended the 1953 Paris Auto Show when the Supersonic was revealed to the public. He was so taken with it that he ordered one of his own: this very example. One of only 15 Ghia Supersonics on the 8V chassis, its $2M price tag was well earned. 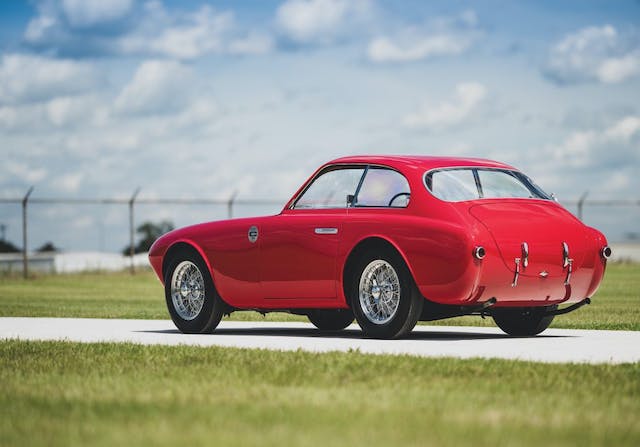 Crowning this list is the 1952 Ferrari 225 S Berlinetta by Vignale. The fifth of approximately 21 examples built and one of only six examples finished with closed Vignale coachwork, it boasts a resumé steeped in motorsports achievement. The Ferrari finished second in its class (10th overall) at the 1952 Mille Miglia, second overall at the 1952 12 Hours of Casablanca, fourth overall at the 1952 Monaco Grand Prix, and won the 1952 Grand Prix d’Orleans, Grand Prix de Bressuire, and Les Sables d’Olonne. Considering this example’s rarity and impressive provenance, $2.8M falls well within its value range.

Like this article? Check out Hagerty Insider, our e-magazine devoted to tracking trends in the collector car market

Market Trends $51K for a 137-mile Beetle? The last decade in a nutshell
David Zenlea

Get an insurance quote
A Story About
Share Leave comment
Read next Up next: Erica Enders earns her fourth Pro Stock championship