If the U.S. Army vehicle at Worldwide’s upcoming Auburn sale in June is indeed General George S. Patton’s Dodge WC57 Command Car, it could command big bucks. But without detailed documentation, will bidding suffer? We actually know the answer to that question already, since the same vehicle failed to reach its $60K minimum at RM Sotheby’s Auburn auction three years ago, likely because of the same lingering questions.

“There is risk whenever you’re buying a vehicle that has a famous connection,” says James Hewitt, Hagerty valuation information analyst. “And provenance is worth nothing without proof.”

Clearly, a lack of certainty makes bidders hesitant to go all in, even with Patton’s name attached. The three-star general was a World War II hero who died tragically, succumbing to a spinal injury just after the war when the vehicle he was riding in (no, not this one) rear-ended a truck in Germany. Patton is pretty much the Steve McQueen of military collectibles. Coincidentally, one of the most famous cars in history was the Highland Green 1968 Ford Mustang that McQueen drove in Bullitt. It was long thought lost, so when the pony car emerged from the shadows two years ago, the automotive community was abuzz—especially because there was plenty of documentation to prove its identity. Just a few months ago, the Hollywood star car sold for $3.74 million.

Although comparing the Bullitt Mustang to any military vehicle is a lot like comparing apples to oranges, we can say with certainly that if the Bullitt car’s history was even remotely in question, as Patton’s Dodge appears to be, it never would have brought the kind of money that it did. Simply put, potential buyers want to be absolutely convinced that they’re bidding on the real deal, and the lack of certainty that hurt the Patton car three years ago likely will again, especially because there are several replicas out there.

“If bidders aren’t convinced, some will drop out. On the other hand, some will be comfortable with some risk and see it as a buying opportunity,” Hewitt says. “But the price drops quickly when the provenance is vague.”

Hewitt offers an example regarding McQueen’s Husqvarna motorcycle from the final scene of On Any Sunday.

“In 2008, with its connection to McQueen unknown, it was purchased for $1500,” Hewitt says. “The buyer later learned that a bike with the same serial number had been purchased by McQueen’s production company in early 1970, prior to the film. Additionally, the bike had the same compression release modification—a modified exhaust—as bike in On Any Sunday. With this vague ‘proof,’ it was auctioned at Bonhams’ 2013 Vegas auction with an estimate of $80,000–$100,000, but it didn’t meet reserve. Solid proof was needed to link the bike to the movie.”

“The final beach scene in the movie took place at Camp Pendleton, and filmmaker Bill Brown had to itemize the motorcycles he was bringing onto the base in order to shoot there,” Hewitt says. “The new owner of the bike reached out to Brown’s daughter to see if there was any correspondence listing these serial numbers. She sent him a copy of a letter stating the three serial numbers of bikes brought into the base for filming the famous scene—including the Husqvarna.”

With proof of the motorcycle’s provenance, the bike then sold for $230,500.

Although there is no clear proof that the Dodge WC57 in question was actually Patton’s, there isn’t any proof that it wasn’t either. The Command Car is definitely the star attraction at Worldwide’s Americana Festival & Auction, June 11–14 in Auburn, Indiana, and it will definitely sell, since it’s a no-reserve auction. More than 1000 lots (including militaria, advertising, and signs) will be on offer, with proceeds benefitting the J. Kruse Education Center (501c-3), which provides career path development for students and veterans on the campus of the Krause Plaza in Auburn.

The Dodge WC57, a forerunner of the famed post-war Dodge Power Wagon, is a purpose-built military vehicle produced from 1942–45. It has off-road capability with a 4×4 drivetrain and is powered by Dodge’s durable 230-cubic-inch, inline-six-cylinder engine, which generates 92 horsepower.

The car came out of the National Military History Center in Auburn, Indiana, and it received the same modifications that Patton made to his WC57. It has an armor flap that shields the radiator, as well as half-inch armor plating under the floor. A Browning M2 .50-caliber machine gun was added, as was a drop-down tailgate for extra space and tool storage. The Command car also has high-volume horns, a siren, and a pair of metal flags up front that indicate “three-star general” and “3rd Army HQ.” Patton was promoted to full General (four-star) shortly before the end of the war.

According to pattonthirdarmy.com, which documents the history of Patton’s WC57, “Patton was fond of the Dodge Command Cars and used a half-ton Command Reconnaissance Car in the desert training in 1942 before going overseas in November 1942. The half-ton Dodge command car had a flaw in the design, as all WC half-tons did. They sat too high off the ground, and when traversing a sloop at an angle they could, and did, roll over. This resulted in the design of the Dodge 3/4-ton series. They were wider and sat lower to the ground and made for a sturdier platform for the different models…

“Because the modifications were unique, and because General Patton was—well, General Patton—the Army Signal Corps took a series of photographs as [the WC57] was being modified in England… He would often stand in the rear of the command car and address his troops, [so] he had a rail placed on the back of the front seat so that when standing he had something to hold on to.”

Perhaps we too want to hold onto Patton’s iconic status and celebrate his victory in WWII. Here’s hoping the WC57 is indeed the real deal—transcendent and bigger than life, just as the General was—and that one day solid proof of its provenance will surface. 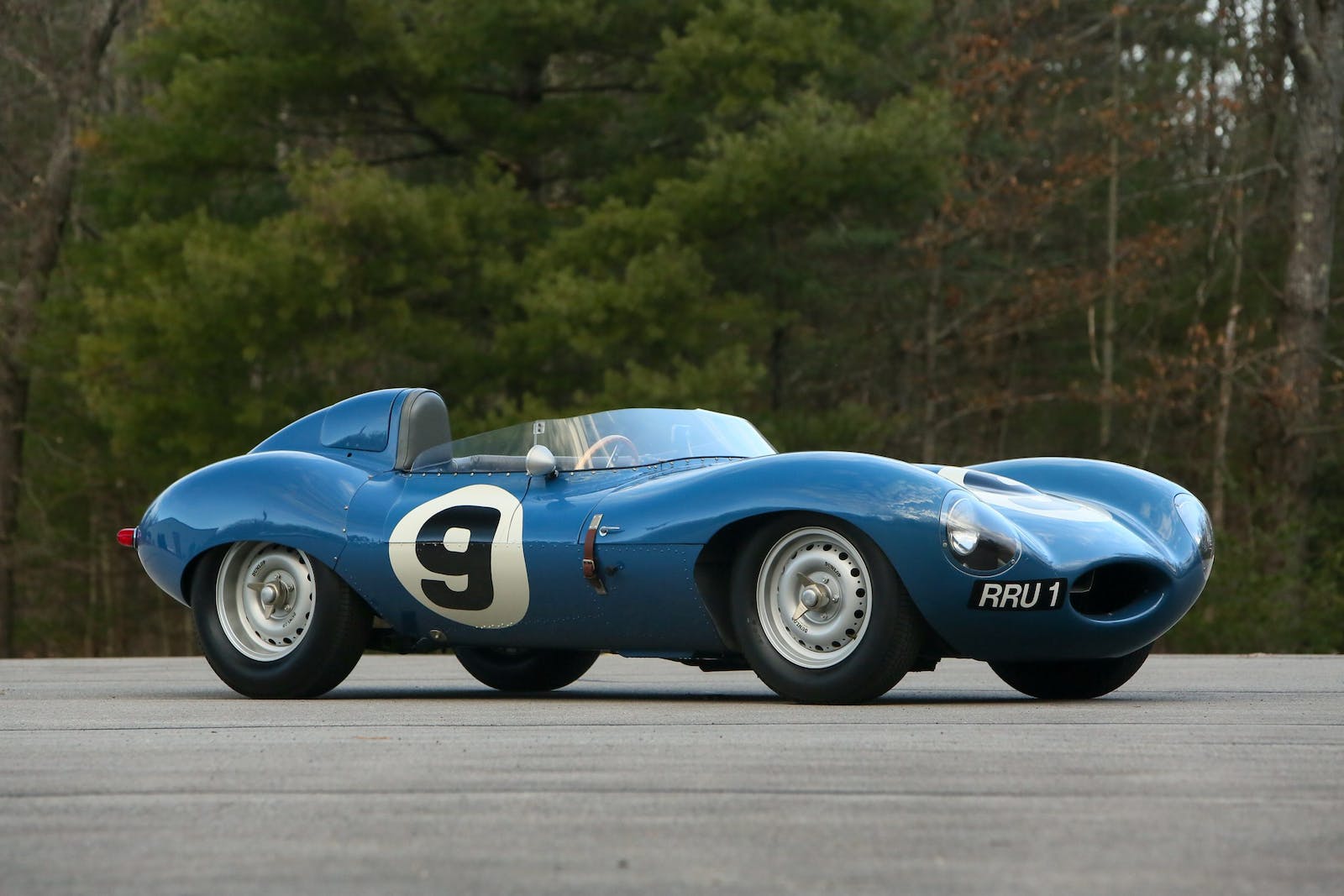