Elvis Presley’s velvet voice worked in multiple genres—rock, soul, blues, gospel, country, even opera—and the King’s taste in automobiles was equally eclectic. In fact, despite his lavish public lifestyle, Elvis owned seven pickup trucks before his death in 1977. One of them, a 1967 GMC K1500 that’s cool even without its legendary musical connection, will cross the block at GAA Classic Cars’ auction on February 27 in Greensboro, North Carolina. It is one of 650 vehicles on offer at the three-day event.

The green, half-ton standard cab truck was one of three new 1967 GMC pickup trucks that Elvis purchased from Guy Caldwell Motors in Senatobia, Mississippi, on February 8, 1967, specifically for use at his Circle G Ranch. The secluded ranch was located in Horn Lake, Mississippi, 18 miles south of Graceland, and it became Elvis and Priscilla Presley’s “Honeymoon Cottage” after they were married in May of that year.

One of Elvis’ 1967 GMC pickup trucks was red, another was blue, and the third—the truck on offer—was green. Its ownership and use are documented in the book Hurry Home Elvis, a collection of excerpts from the diaries of Donna Lewis, the daughter of the Circle G foreman George Lewis.

Elvis’ father, Vernon, sold the green GMC only 13 months later, on March 5, 1968, to Haynes Motors, LTD in Maryland, in something of a reactionary move. A couple of Elvis’ Circle G employees were sent to pick up a horse, but the truck broke down on the way. Vernon Presley instructed them to trade in the truck on a new one and complete the deal.

According to the current owner, the head mechanic at Haynes Motors’ purchased the truck from his employer, repaired it, and drove it for a few years before selling it to a Mr. Richards in Pensacola, Florida. In 1986, the truck was purchased for use in an Elvis Presley museum. It has been displayed in Niagara Falls, Canada; Virginia Beach, Virginia; Myrtle Beach, South Carolina; Gatlinburg, Tennessee; and Pigeon Forge, Tennessee.

Beginning approximately four years ago, the now-83,000-mile truck underwent a “professional frame-on restoration,” during which it received factory-correct paint and its inline six-cylinder engine was removed and detailed. The sale also includes a treasure trove of new parts—“Too many new parts to list, with a large portion of original parts boxed up and ready to go to the truck’s new owner.”

It still wears its heavy-duty Guy Caldwell Motors rear bumper, and the dash has been signed (just above the AM radio) by Jay Leno and country music superstar Blake Shelton, a huge Elvis fan who drove it in an episode of Jay Leno’s Garage in 2020.

Only five of the seven pickup trucks that Elvis once owned are still known to exist, and this is the only documented 1967 GMC half-ton remaining. We “Can’t Help Falling In Love.” 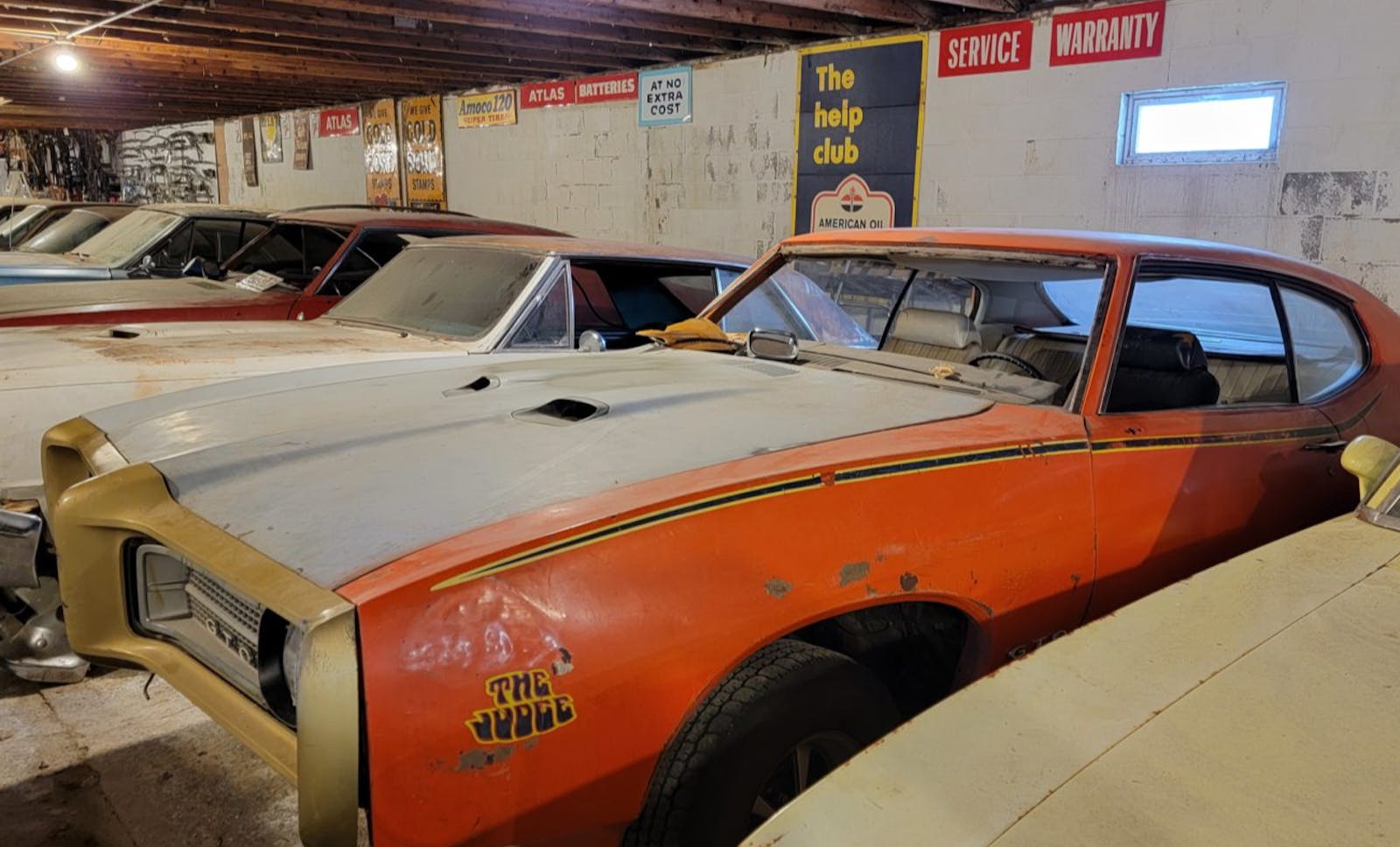